We took a short break for a week, but now the offbeat list has returned, ready to look back at the stranger side of news. If you missed our last list of weird news, you can click here to catch up.

This time, we learn about gators hopped up on meth, a heavy metal knitting championship, a budding feud over the steepest street in the world, and the millions of people who want to invade Area 51 in search of aliens. Scientists also probe the mysteries of the asteroid Ryugu, and chimps bond while watching videos.

Most of us might think that knitting and heavy metal music don’t go together very well, but Finland strove to prove us wrong. Last Thursday, the city of Joensuu played host to the first-ever Heavy Metal Knitting World Championship.

The rules were straightforward. While a band played its repertoire of the headbanging variety, competitors took to the stage and rocked out with their cross-stitch out. A three-man panel of judges scored them on their performance onstage, as well as the quality of their knitting.

People from nine different countries came to take part in the competition, including 35-year-old Elise Schut from Michigan, who staged a performance with her mother and family friend. In the end, it was a Japanese group named Giga Body Metal that took home first place.[1] It featured a man dressed in a full kimono knitting while two other teammates played music and two sumo wrestlers fought around him.

9 The Steepest Street In The World 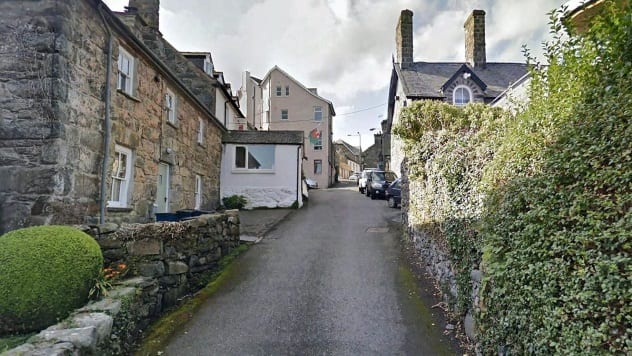 Guinness World Records recently decreed that Ffordd Pen Llech in the historic Welsh town of Harlech is the steepest street in the world, snatching the title from Baldwin Street in Dunedin, New Zealand.

It hasn’t been a good week for New Zealand, as the country first was bested by England in the Cricket World Cup final on Sunday and then lost the “world’s steepest street” accolade to Wales the next day. Gwyn Headley, the person who was at the forefront of Harlech’s campaign, regretted the timing but said that “steeper is steeper.”[2] At its most extreme, Ffordd Pen Llech has a gradient of 37.5 percent, compared to Baldwin Street’s “meager” 35 percent.

Guinness had a surprisingly long and strict set of criteria for eligibility for the title. The street has to be a thoroughfare in use by the public and must be accessible by vehicle. Harlech was almost disqualified because the tenth point requires a blueprint for the street, something that Ffordd Pen Llech lacks, as it is around 1,000 years old. However, the town successfully argued its absence by reasoning that the street has been there since time immemorial.

It remains to be seen if the people of Dunedin will take this loss on the chin. Some have suggested resurfacing Baldwin Street to regain the title.


8 The Grapes Of Wealth 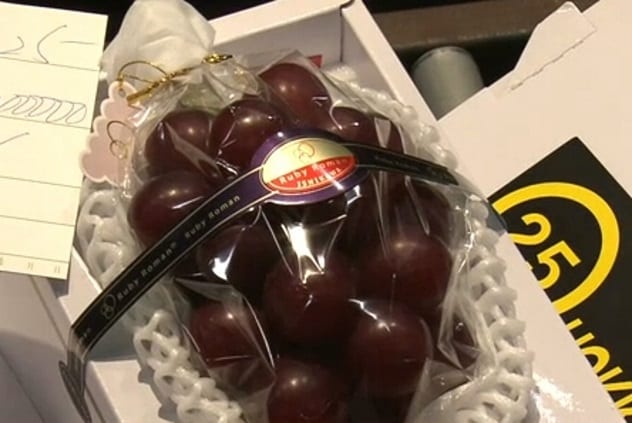 A few lucky guests who will be staying at one of the Hyakurakuso hot spring hotels in Japan in the near future will be able to feast on grapes that cost around $458 each. That’s because last week, the business purchased the most expensive grapes ever sold at auction, paying 1.2 million yen ($11,000) for a bunch of 24 Ruby Roman grapes.

Expensive fruits are a common gift in Japan and are frequently bought by companies that consider it a symbol of a successful business and a strong economy to pay exorbitant prices for them at auction. In this case, Takashi Hosokawa, manager of the hotel chain, said they paid 1.2 million yen to mark 12 years since the Ruby Roman variety first appeared on the market and to commemorate the first auction of Reiwa, the new imperial era.[3]

Ruby Roman grapes are, generally, the most expensive variety. They are about the size of a Ping-Pong ball, red in color, and known for being especially sweet and juicy. They are only grown in the Ishikawa Prefecture of Japan and only in small batches to keep the demand high. Around 26,000 bunches of Ruby Roman grapes are expected to be sold this year, although, of course, none of them will come close to the price paid for these grapes. 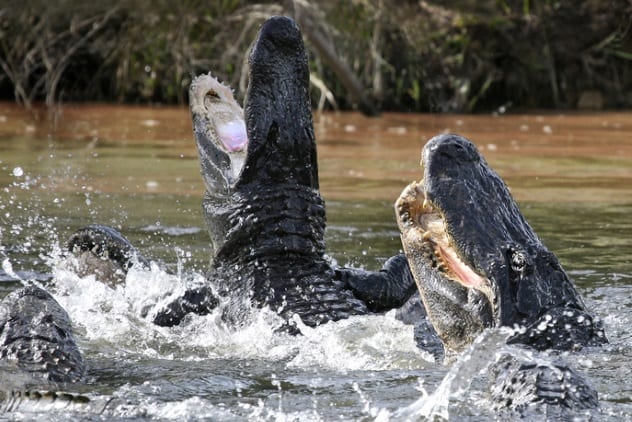 A police department in Southern Tennessee launched an online plea for its residents to stop flushing their drugs down the toilet, as they could lead to the appearance of “meth gators.”

The Loretto PD made a statement last Saturday after apprehending a criminal who was in the midst of flushing his stash down the toilet. Officials see this as a growing issue because all the water in the sewer ends up in retention ponds to be processed before being sent downstream. These facilities are not really equipped to deal with meth.

Already, waterfowl like ducks and geese have gotten hopped up on meth after paying a visit to one of these treatment ponds. However, officials are mainly concerned with the possibility of “meth gators” if the drug persists in the water long enough and makes it to Shoal Creek in Alabama, where the reptiles live.[4] 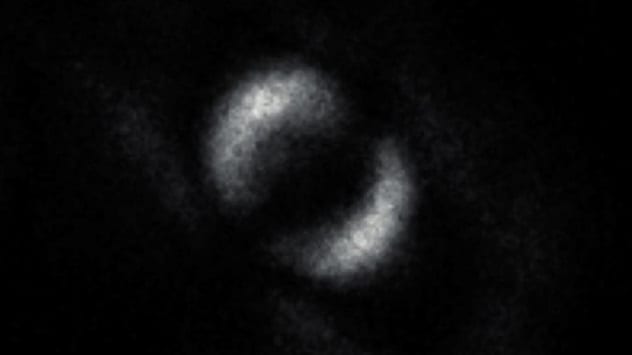 Scientists have captured the first-ever image of quantum entanglement.

As the name suggests, the effect occurs when two particles become entangled on a quantum level. Their physical properties are correlated, even though the particles themselves can be separated by great distances.

The phenomenon is considered one of the foundations of quantum mechanics. The concept has been around for a while, and Albert Einstein called it “spooky” due to the instantaneity of the interaction between the particles. In fact, it was thought for a while that the effect contradicted certain elements of Einstein’s special theory of relativity until scientist John Bell described the concept in detail.

Now, we have an image of quantum entanglement in action, courtesy of the physics team at the University of Glasgow. Their picture shows a strong form of the phenomenon achieved by firing a stream of entangled photons from a quantum source of light at “non-conventional” objects.[5] The result was displayed on liquid-crystal materials that changed the phase of the photons when they passed through. 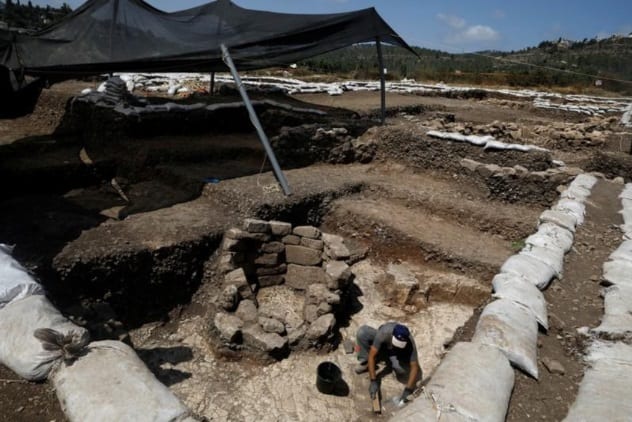 A gigantic Stone Age settlement found near Jerusalem will provide us with an unprecedented glimpse into life in ancient Israel.

The fortuitous discovery was made while surveying the area for a new highway. The metropolis is around 9,000 years old and sprawls over dozens of acres near Motza, 5 kilometers (3 mi) west of Jerusalem.

Between 2,000 and 3,000 people lived in the settlement. According to scholars from the Israel Antiquities Authority, it is one of the largest sites from this time period in the Middle East.[6] So far, the excavation has uncovered burial places, large buildings, storage sheds, and alleyways, alongside thousands of tools.

Researchers expect all the materials to advance our understanding of the time period by “leaps and bounds.” Already, we see that the ancient civilization displayed an advanced form of city planning as well as intensive agricultural practices. 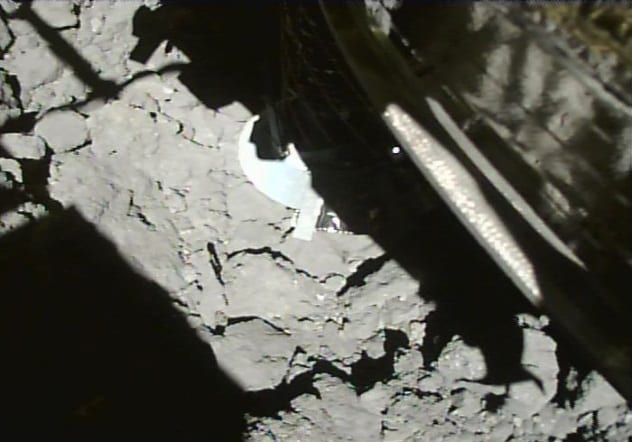 Japanese spacecraft Hayabusa2 has made a successful touchdown on asteroid 162173 Ryugu.

If that headline sounds a little familiar to you, it’s because it already happened back in September of last year. This is the second time that the craft has landed on the asteroid, but it went a little further this time. The probe blew up a piece of the space rock and collected, for the first time, samples from inside the asteroid.

The Japanese Aerospace Exploration Agency (JAXA) achieved this feat by launching two smaller devices ahead of Hayabusa2. First was the Small Carry-on Impactor (SCI), a 2.5-kilogram (5.5 lb) module that could fire an explosive charge. The other was the Deployable Camera 3 (DCAM3), there to observe the blast and map out the landing site afterward.

Both devices did their job, and Hayabusa2 was able to land on Ryugu on July 11 and collect subsurface samples.[7] These primordial materials are in a pristine state, untouched by the Sun’s radiation, and scientists regard them as time capsules from the early days of our solar system. If everything goes according to plan, Hayabusa2 will leave Ryugu at the end of the year and will return to Earth by December 2020.

3 Baby Shark In The Park

A city in Florida has weaponized the children’s song “Baby Shark” and is playing it on a continuous loop to drive homeless people away from one of its more luxurious venues.

The Waterfront Lake Pavilion in West Palm Beach is a popular locale used for weddings, banquets, and other events and rakes in around $240,000 in annual revenue. However, the patio of the venue is also frequented by homeless people who like to sleep there at night.[8]

In an effort to make them find new sleeping arrangements, the city has started playing two popular kids’ songs all through the night: “Baby Shark” and “Raining Tacos.”

Leah Rockwell, the city director for parks and recreation, deemed the move effective, albeit only as a “temporary measure.” Activists for the homeless have criticized the decision, calling it immoral, but Rockwell stressed that the music can only be heard on the patio, while the rest of the waterfront remains “Baby Shark”-free. 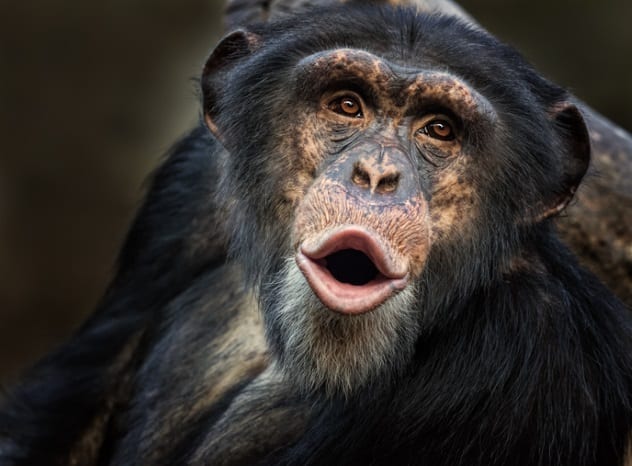 A new study showed that not only do chimpanzees enjoy watching movies, but it makes them more sociable.

American researchers from Duke University showed videos to pairs of chimps and bonobos and judged that the activity leads to an “increased sense of closeness” that we previously attributed only to humans.

The study used 45 primates who were shown videos of other apes. Eye-trackers and fruit drinks were employed to make sure the chimps actually stayed put and viewed the videos. Afterward, their behavior was monitored. After seeing a film together, the primates were more likely to bond by touching, interacting, or simply staying close to each other.[9]

Researchers concluded that watching something together is a social experience shared by humans and great apes and, consequently, has “deeper evolutionary roots” than we expected. 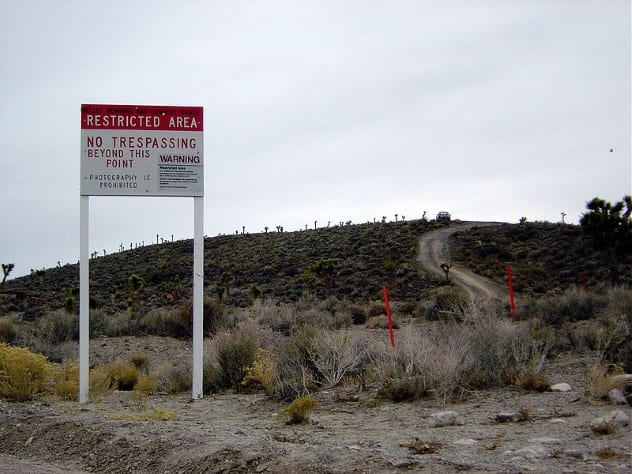 Photo credit: Made by X51

A joke online post rallying people to invade Area 51 in September has turned into a massive viral movement. As of this writing, 1.7 million people have said they will be attending, while another 1.3 million are interested.

The event is called “Storm Area 51, They Can’t Stop All of Us,” and its goal is to “see them aliens.” It was created for fun by a California man named Matty Roberts. Since his post went viral, Roberts has become worried that the FBI might knock on his door. He stressed that the page is not serious and hardly expects anyone to actually show up at the Air Force base where secretive experiments involving aliens and alien technology are allegedly carried out. That being said, Roberts did mention the possibility of holding a special event in the desert on that date, somewhere where it would be safe and legal.

Others wanted in on the action. Budweiser announced that it would give free Bud Lights to all aliens who make it out of Area 51. Rival events have also spawned, such as “Storm The Bermuda Triangle, It Can’t Swallow All Of Us.” The organizer is trying to raise money for an actual event with music, food, and entertainment, where attendees will have to dress up either as pirates or as Spongebob characters.[10]