There are some really old animals around us. We mean creatures that have been alive for hundreds or even thousands of years. Just imagine an animal that was alive during the signing of the Declaration of Independence still living today.

Although it is usually difficult to estimate the ages of wild animals, scientists have devised methods of calculating some of them. In fact, we are very sure of the ages of some critters that have lived around us, either in private ownership or in zoos. You’ll be surprised by how old these animals can become. 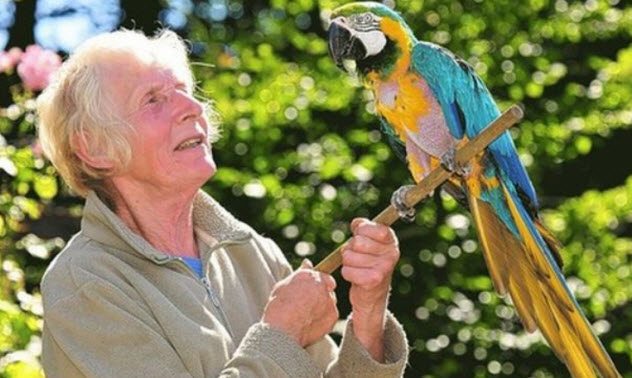 Charlie is a macaw parrot born in 1899, making him 119 years old as of 2018. He is owned by Peter Oram, who purchased the bird for his pet shop in 1965. Oram later took Charlie home because the bird was fond of swearing and chanting anti-Nazi slurs. Charlie is said to have learned the anti-Nazi slurs in the home of wartime British prime minister, Sir Winston Churchill, who reportedly bought him in 1937.

Churchill’s daughter denied her father’s ownership of the macaw. She said that the family searched through her father’s pictures and records and found nothing about Charlie. She confirmed that her father had a parrot in the 1930s, but it was an African grey parrot and not a macaw.

Some say that the family is only denying Winston Churchill’s ownership of Charlie because the bird’s behavior doesn’t promote them in a positive light.[1] 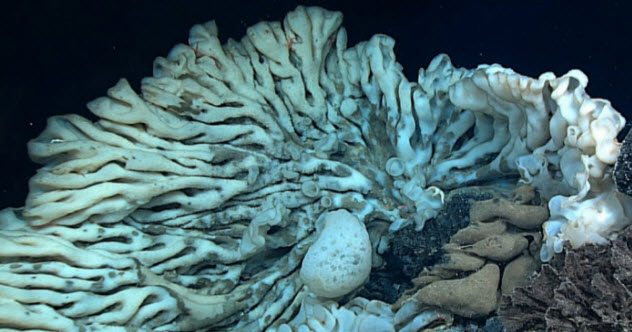 At 3.7 meters (12 ft) wide and 2.1 meters (7 ft) long, a sea sponge the size of a minivan is the largest ever recorded. It was discovered 2,100 meters (7,000 ft) underwater between Hawaii and Midway Atoll. Researchers could not determine its exact age, but its extraordinary size means that it could be thousands of years old.

Smaller sponges in similar shallow waters are known to have lived for over 2,300 years. So this sponge could be around the same age if not older. Scientists have even proposed that it could be the oldest living animal.

Age is not the only mystery surrounding the minivan-sized sea sponge. Researchers couldn’t determine its genus, either.[2] 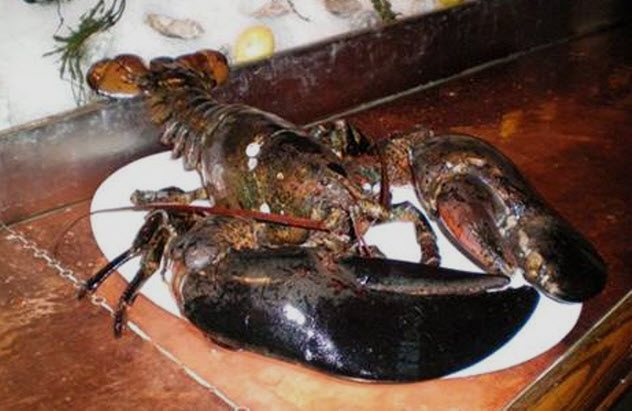 At 140 years old in 2009, George held the title of the oldest lobster ever found. He was caught off Newfoundland, Canada, and was sold to City Crab and Seafood restaurant in New York City. There, he sat in a tank like a mascot as kids had their pictures taken with him. Then George was spotted by two diners who called PETA.[3]

PETA requested that George be returned to the sea. The restaurant agreed, and George was back in the Atlantic Ocean 10 days after he was caught. PETA and the restaurant estimated George’s age from his weight.

A close contender for oldest lobster is 132-year-old Louie, which spent 20 years in the aquarium of a New York restaurant before he was released back into the sea. Butch Yamali, the owner of the restaurant, came to possess Louie after he bought the business from its former owner. Yamali refused several offers from people who wanted to eat Louie. Someone even offered $1,000 to have him cooked for Father’s Day. 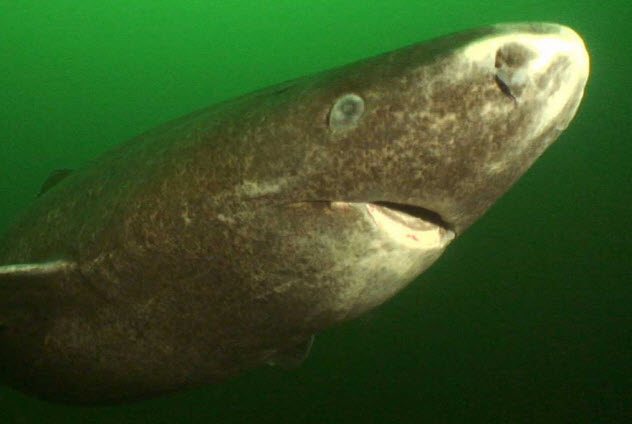 An unnamed female Greenland shark holds the title of the world’s oldest vertebrate. She is believed to have been born between 1501 and 1744, so she is probably between 274 and 517 years old as of 2018. Even her lowest possible age of 274 makes her the oldest-known living vertebrate. Before she was discovered, the title of the oldest vertebrate alive was held by a 211-year-old bowhead whale.

Scientists have always known that Greenland sharks have long life spans, but they couldn’t tell how long. These sharks grow one centimeter (0.4 in) per year, reach sexual maturity at 150 years old, and could reach 5 meters (16 ft) when fully grown.[4]

To calculate the average age of Greenland sharks, scientists developed a method that dated each animal’s eye lens. They tried this method on 28 Greenland sharks entangled in trawler nets. The unnamed female was among them. Some sharks died after they were caught, but there is no account of this female shark dying. 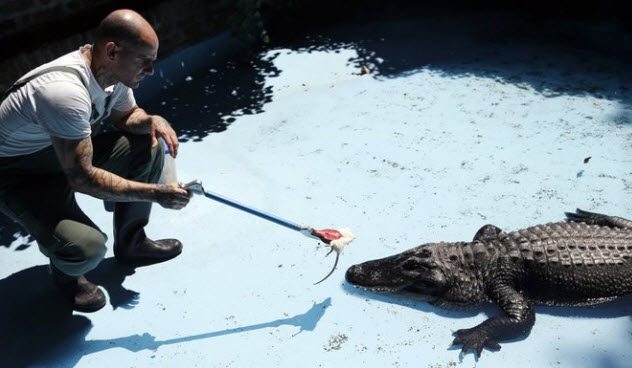 The oldest American alligator in captivity is in a Serbian zoo. His name is Muja, and he is believed to be at least 80 years old. He arrived at Belgrade Zoo from Germany as an adult in 1937, two years before World War II.

Muja survived three bombings of the Serbian capital and the Balkan crisis of the 1990s. The first two bombings happened during World War II in 1941 and 1944, killing every animal in the zoo except Muja.

Muja has been in good health for most of his life. However, in 2012, his right front foot was amputated after he developed gangrene. Before Muja, the world’s oldest alligator was Cabulitis, which died in Riga Zoo in Latvia in 2007 at age 75.[5] 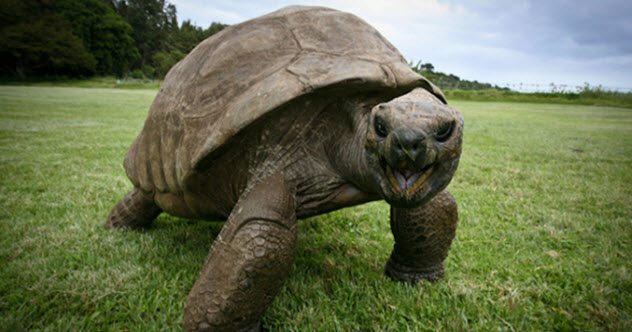 Jonathan is estimated to have been born in 1832. If this is so, then he’s 186 years old as of 2018. His vet, Joe Hollins, believes that Jonathan is no younger than 160 years old. The average life expectancy of a tortoise is 150 years.

Jonathan lives on the island of St. Helena, which is part of a British Overseas Territory in the South Atlantic Ocean. He was brought to the island in 1882, and there is even a picture of him taken in 1902.[6] He lives at Plantation House, the official residence of the governor of St. Helena, with five other tortoises.

In 1991, the French consul to St. Helena gave a female tortoise called Frederica to the governor in the hopes that Jonathan would mate with her. Jonathan never did, although he did pay occasional visits to Frederica.

It was only when Frederica went to a vet to treat an injury on her shell that everyone realized that Frederica was actually a Frederick. Or let’s just say that she was a he. 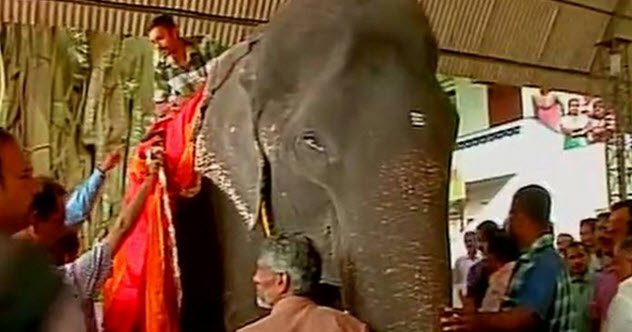 An Asian elephant called Lin Wang is the current Guinness World Records holder for the oldest elephant that ever lived. Grandpa Lin, as he was fondly called, died at a Taiwanese zoo in February 2003 at age 86, which is impressive for an Asian elephant. On average, Asian elephants have a life span of 60 years in the wild.

Grandpa Lin’s life was well-documented. The Japanese used him to transport supplies during World War II until he was captured by the Chinese in 1943. In 1954, he was taken to the Taiwanese zoo, where he remained until his death.

However, there are some who believe that neither Lin Wang nor Dakshayani is the world’s oldest elephant. These people believe that the oldest elephant is actually another Asian elephant called Indria, which lived in an Indian sanctuary. Indria was said to be between the ages of 85 and 90 when she died. 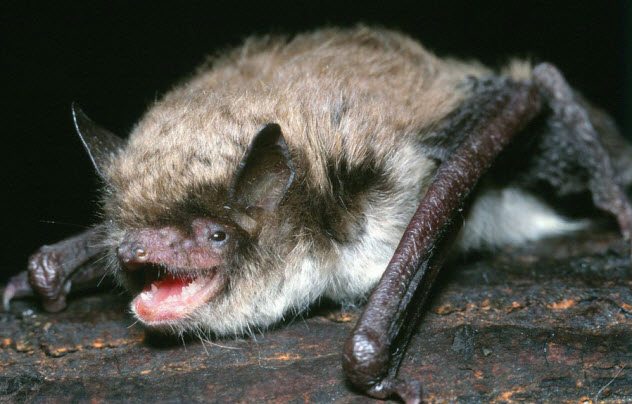 An unnamed 41-year-old male Brandt’s myotis from Siberia holds the record of the oldest bat alive. It is also the smallest mammal alive. More interesting is the fact that the bat reached this age in the wild. The age of the unnamed bat became known after it was captured to be tagged in 2005. It was found wearing an earlier band that had been attached when the animal was first captured in 1964.

Ideally, the size of a mammal determines how long it will live. Bigger mammals usually have longer life spans, while smaller ones have shorter life spans. Scientists call this the “longevity quotient.”

In general, bats have an unusually high longevity quotient, although the Brandt’s myotis value of 9.8 is the highest of all mammals. For comparison, humans have a longevity quotient of 4.5 and a maximum lifespan of 122.[8]

Scientists believe that food supply and hibernation play a huge role in the higher-than-usual life expectancy of Brandt’s myotis. The bats hibernate for nine months a year. The absence of predators might also be a significant factor. Brandt’s bats found in Siberia live longer than those in Leningrad. 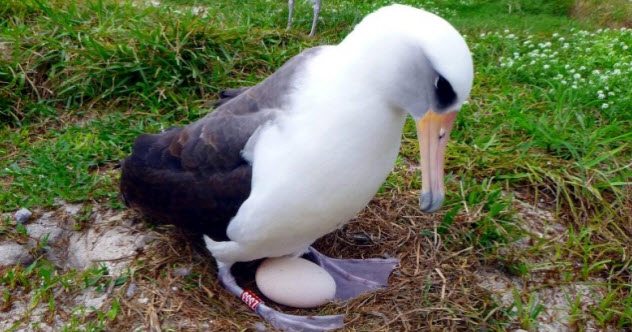 Sixty-seven-year-old Wisdom is the world’s oldest wild bird. She is a Laysan albatross, a type of bird which has an average life span of about 50 years. Wisdom lives in the wild, and we only learned her age after she was captured to be tagged in 2002. She was found with an earlier tag from 1956.

Wisdom was estimated to be six years old in 1956. If she had been younger, she wouldn’t have been below five. Wisdom has been spotted every year since 2002, landing in the same nest she has always used at the nesting grounds in Midway Atoll.[9]

More interesting is the fact that she lays an egg every year and has hatched 39 in her lifetime. Not all albatrosses lay eggs every year. When they do, they do not raise more than one chick. Albatrosses are usually monogamous, and Wisdom has outlived at least one partner. 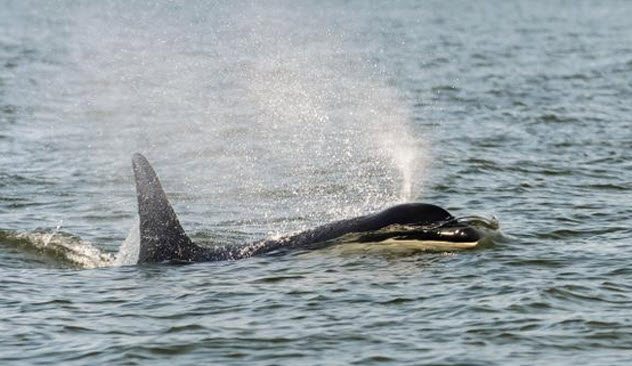 J2, or “Granny” as she is fondly called, is the oldest-known killer whale. She is believed to have been born in 1911, which would put her age at 107 as of 2018. She lives in the wild, where she leads the J pod that lives around Puget Sound and the Strait of Georgia. For comparison, the life expectancy of female killer whales in the wild is 50 years, although they can live up to 80.

Granny has no identity tag and is recognized by a distinctive cut on her fin. She was first captured in Puget Sound in the 1960s along with several other whales that were supposed to be shipped off to a marine aquarium. She was found to be past childbearing age and was returned to the sea.

However, there are indications that Granny might be dead. She was last spotted in fall 2016 swimming alongside an orphaned whale she had adopted. The orphaned whale was later seen swimming alone. Granny’s real age is also a source of controversy. An analysis of her bodily chemicals indicated that her age could be between the mid-sixties and the eighties.[10]