Police K-9 units bring dogs to crime scenes every day to inspect for drugs, bombs, and bodies. One of the many reasons why people love dogs as pets is because people feel safer, knowing that their pooch will protect them if something goes wrong.

While we all know that thousands of these brave dogs exist in the world, we almost never hear the stories when they take a bite out of crime. The following 10 dogs are very, very good boys.

In February 2018, a helicopter followed a high-speed car chase in Santa Ana, California, as 37-year-old Antonio Padilla Jr., a convict who was wanted for assaulting a police officer, weaved in and out of traffic. He crashed into multiple vehicles, drove on the shoulder, and carjacked several different vehicles to try to throw off the police, who were hot on his trail.

He was driving so fast that he crashed into a curb of a business complex. The police arrived, and his only option was to run on foot. An eight-year-old Dutch Shepherd named Puskas leaped out of the police car and bolted after Padilla, tackling him to the ground.[1]

In the process, six of Puskas’s teeth were knocked out of his mouth. He bought the police officers enough time to catch up and arrest Padilla. Puskas was rushed to the veterinary hospital to treat his injuries. When he was discharged, his handler awarded him a purple heart dog tag.

9 Night At The Museum 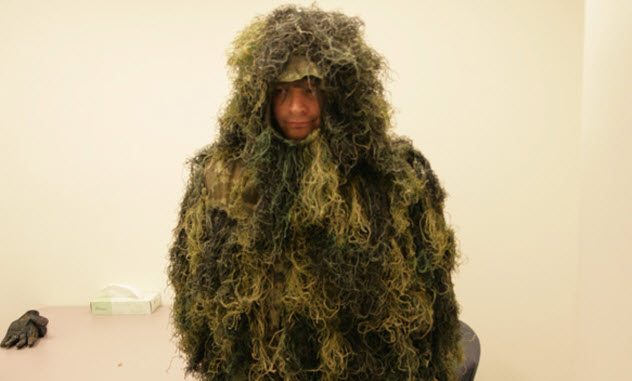 A police officer and his dog were doing a routine check around the Rice Northwest Museum of Rocks and Minerals in Hillsboro, Oregon, one night in October 2010. The police officer was surprised to hear his dog bark and lunge at the ground. Then the ground screamed.

Turns out there was a man lying on the ground in a ghillie suit, which made him blend into the surrounding vegetation. It may have fooled the cop, but “Moss Man” (as he was later dubbed by the media) had no chance of tricking a canine.

Inside the museum, there are gold nuggets as well as some other valuable minerals. Police suspect that the man, Gregory Liascos, was attempting to rob the museum at night. He was charged with criminal mischief and burglary.

Later, caretakers at the museum discovered a hole in the wall of the men’s bathroom. Liascos had visited the museum as a guest to make this hole to the outside. Then he planned to crawl in with the ghillie suit.[2]

8 The Pooch Of Podgorica

In Podgorica, Montenegro, a woman walked down the street and passed a stray dog. A mugger wearing a bright yellow hoodie ran up behind her and pushed her to the ground. He tried to steal her purse and shopping bags.

Even though the dog didn’t know the woman, it still sensed that she was in danger. It barked and jumped on the criminal, biting his legs and backside. The criminal started to run in the opposite direction as the dog chased after him. The woman and her purse were safe, and she stared at the scene in total disbelief.

The footage was captured on a security camera and uploaded to Facebook, where it went viral. The citizens of Podgorica declared that dog a hero, and many people wrote that he deserved a medal. This video just goes to show that dogs truly are humans’ best friends, even when they’re strangers.[3] 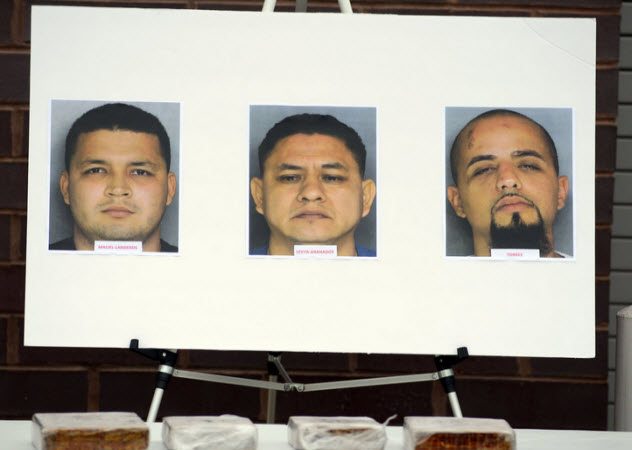 In October 2017, a police officer in Bensalem, Pennsylvania, pulled over a car for a routine traffic stop. The windows of the vehicle were tinted in the front, which was against the law in Pennsylvania because the tint makes it impossible to see the driver. However, the three men in the car were nervous, and they started telling the officer stories that didn’t make any sense.[4]

Sensing that something else was going on, the police officer let his dog sniff the car. Sure enough, the canine smelled drugs. Police found 6 kilograms (13 lb) of raw heroin underneath the back seat. The packages contained 400,000 individual doses, which was worth $4 million. That makes it the biggest drug bust in the town’s history, all thanks to the supersensitive nose of the dog. 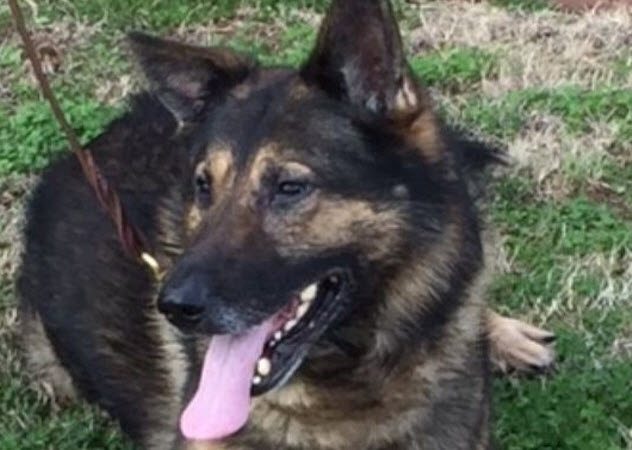 A German Shepherd named Balu had a successful eight-year career as a police dog. He found $1 million of cocaine during a drug bust and chased down fugitives who were running from the law.

In February 2018, he was back at it again in Rutherford County, Tennessee. Deputy Josh Gregory had spent four years working with Balu and described one particular drug bust where the dealers began to open fire at Gregory and the dog, riddling the police cruiser with bullets. Deputy Gregory jumped on Balu, holding him close to his body to make sure the dog was protected from the gunfire.

Gregory realized that the poor dog had been through enough and it was time for Balu to retire. Balu now lives as a pet in Gregory’s home, protecting the deputy’s young daughter. When asked about his dog’s retirement, Gregory said, “He’s going to be mad when he doesn’t get to go to work on Monday.”[5]

On February 21, 2018, 16-year-old Javier Mercado was home alone after school in his bedroom in Des Moines, Washington. He heard glass shattering downstairs and knew that someone was breaking into his house. So he hid in a closet, bringing his German Shepherd, Rex, with him.

The dog pushed his way out of the closet, running downstairs to attack the burglars. Mercado called 911 on his cell phone. The criminals proceeded to beat Rex bloody. He ran back upstairs to Mercado, checking to make sure that the teen was safe.

Unfortunately, the criminals followed the dog upstairs to the bedroom. This time, his best friend truly was in serious danger. Rex lunged at the men, biting them. The men shot the dog four times. Thankfully, enough time had passed and they could hear police sirens in the distance, so the burglars ran.[6]

The family created a GoFundMe account to pay for Rex’s medical bills, which added up to $10,000. People loved the dog so much that the page raised over $62,000 at the time of this writing. Rex has already had surgery and should make a full recovery.

‘Get off my dog!’ Suspect accused of dragging K9 “Shep” as it bit down

Dashcam and chest camera footage prove that officers would catch far fewer criminals without police dogs. In February 2018, Deputy Nick Carmack and his dog, Shep, were chasing two criminals who were driving a stolen car in Pasco County, Florida. When they heard the sirens, both men got out of the car and started running away. As Deputy Carmack was alone, he let the dog free to chase after the second man, shouting, “Get him, Shep!”

Carmack needed to call for backup. He could only grab onto one of the men, putting him into handcuffs. They followed the sounds of the dog barking down a long wooded driveway to find Shep struggling with the second man, who was trying to drag Shep and get away.

“Get off my dog, bro!” the officer yelled multiple times.[7]

The video shows how quickly the second man could have gotten away or taken the homeowners at the end of the driveway as hostages. Without Shep, the situation would have been much worse. 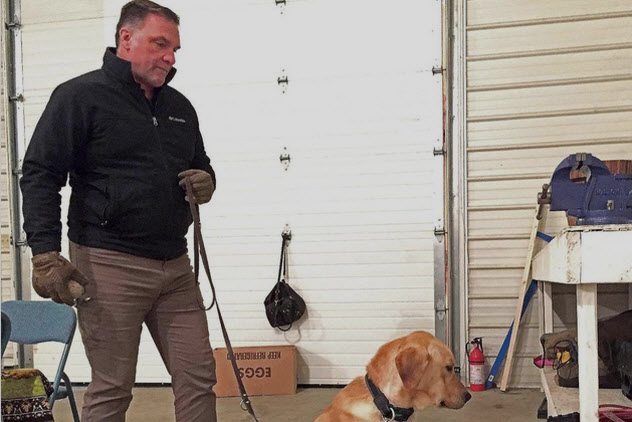 Criminals who download, produce, and profit from child pornography are some of the worst human beings on the planet. Unlike violent criminals or drug dealers, they can be much more difficult to spot because they typically seem normal and hide in plain sight. Even when the police have witness testimony about child pornography, they often can’t put someone in jail without any actual evidence to back up the claim.

Thankfully, there are special police dogs that are trained to take these criminals down. A golden retriever named Kimo from Blair County, Pennsylvania, has been trained to pick up the scent of electronics.

Typically, anyone who is guilty of child pornography will hide the evidence on flash drives and SD cards that are hidden in hard-to-find places like fake Pringles cans and behind power sockets. Kimo’s valuable nose has helped to find evidence that has put criminals behind bars.[8] 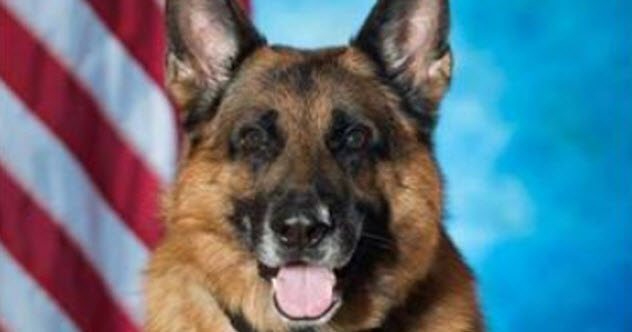 On December 26, 2017, Robert Stewart mugged and shot a mother and her son on a street corner in Merrillville, Indiana, at 9:20 PM. Both victims died from the gunshots, and a witness called the police.

K-9 Officer Stanko Gligic responded to the call with his dog, a German Shepherd named Radar. Witnesses saw the man running toward a residential neighborhood. Radar ran out of the car. Even in the wet snow, he was able to pick up the scent of Stewart hiding inside a shed in someone’s backyard.

Officer Gligic shouted for Stewart to drop his weapon and come out with his hands up. There was no response. Gligic didn’t want to go into the shed because he knew the suspect was armed and dangerous.

Radar ran into the shed instead, taking the criminal by surprise. The dog bit the suspect and dragged him out of the shed so that Officer Gligic could arrest him. Radar was given the honor of employee of the month.[9]

1 Pit To The Rescue 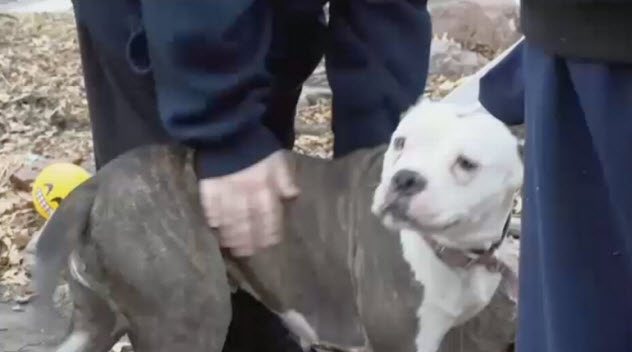 Pit bulls have a bad reputation, but they’re the best dogs around when it comes to protecting their owners. In February 2018, a nine-year-old boy named Shane was home alone in Lincoln, Nebraska. He had stayed home sick that day. His mom left the house to pick up his siblings from school. In that short period of time, a masked intruder broke into the house.

Due to the mask, Shane could only see the intruder’s eyes, which were burning into him. Shane started to run, and the masked man chased him up the stairs. The boy called for his dog, Baby Girl. When the pit bull saw what was going on, she didn’t hesitate to tackle the criminal, biting his legs.

Shane was able to run to a neighbor’s home and call his mother. The police were also called. Thankfully, the intruder left the house without taking anything. But unfortunately, the police never caught him.[10]

Shannon Quinn is a writer and entrepreneur from the Philadelphia area. You can find her on Twitter.

Read more heroic dog stories on 10 Incredible Rescues By Dogs That Will Warm Your Heart and 10 Incredible Stories Of Heroic Dogs Of War.