Scientists are usually quite reserved people who intelligently do their work. You know the stereotypes. They wear lab coats and work within reach of dusty chalkboards scrawled with formulae, their brains buzzing beneath their chaotic hair. Oh, and sometimes, they change the world.

However, not every scientist fits the classic bill. Some have had wacky quirks that put them in the history books for the wrong reasons. Here is a list of ten scientists who changed science while being weird. 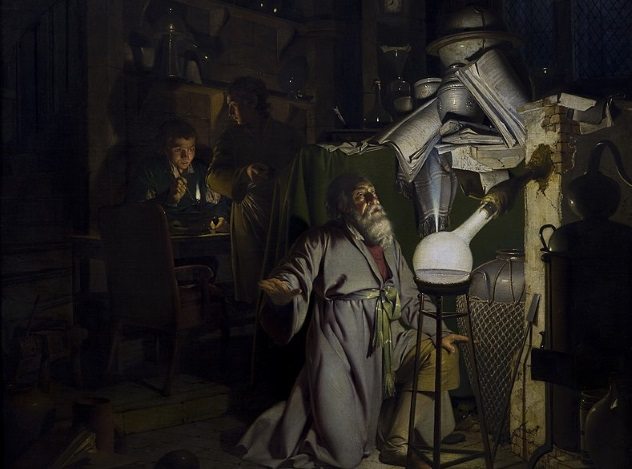 Chemistry is known today as a factual and difficult science, but its early days were filled with decidedly unscientific methods. Before the arrival of proper chemistry, it was the science of alchemy which reigned supreme. Alchemy held the belief that some substances could be transmuted into gold. In 1669, an alchemist named Hennig Brand convinced himself of the possibility of transmuting urine into gold. He quickly gathered the pee of his wife and her friends and began a process of boiling 5,700 liters (1,500 gal) of urine in his basement.[1]

Brand didn’t discover the secret to creating gold, but the boiled urine did have the odd attribute of glowing in the dark. After utilizing an alchemical process which involved letting the cold, glowing urine sit and emit gasses, Brand finally arrived at a white substance which we know today as phosphorus. 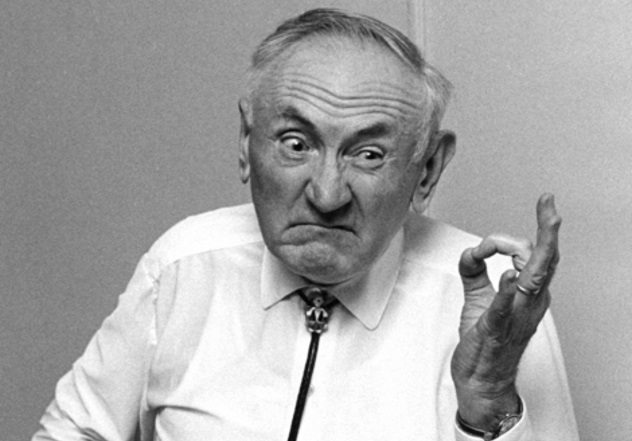 A quick look at the work of Fritz Zwicky would show a man of great intellect who observed supernovae and set the stage for dark matter. A longer look would also show his singular personality. Born in Bulgaria, Zwicky moved to Caltech in the 1920s and promptly made enemies of his mostly American colleagues. He was well-known for calling the astronomers at the Mount Wilson Observatory “spherical bastards.” By this, he meant, “They were bastards, when looked at from any side.”[2]

In fact, one colleague, Walter Baade, refused to be left alone with Zwicky after an incident reported by Jesse Greenstein: “Zwicky called Baade a Nazi, which he wasn’t, and Baade said he was afraid Zwicky would kill him.” Fortunately for everyone, Zwicky never killed anyone and kept on researching and writing books until his death at age 76. 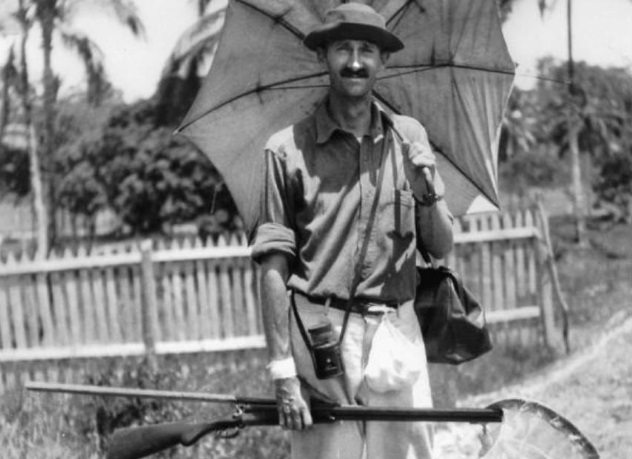 A deep-sea explorer, occasional liar, and all around colorful man, William Beebe has been falsely credited with the creation of the bathysphere, a 2,300-kilogram (5,000 lb) metal sphere capable of carrying two people. The only problem is that Beebe didn’t create the bathysphere; the inventor Otis Barton did. Unfortunately for Barton, Beebe was a more interesting character for the public to latch onto.[3]

Before deep-sea diving, Beebe was an ornithologist. He carried a position at the New York Zoological Society but quickly tired of work in the museum and began traveling through the field. Although he did have a wife, he was known for traveling through Asia and South America with attractive female assistants whose jobs were inventively described as “historian and technicist” or “assistant in fish problems.” 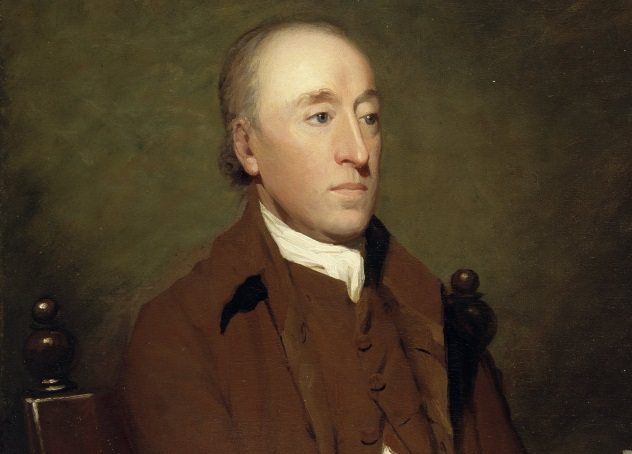 James Hutton was more normal than the rest but quite unintelligible in writing and speaking. Known to some as the father of geology, Hutton was the first man to attempt to observe and analyze rocks utilizing the scientific method. Unfortunately for him, the gravity of his words were lost on readers when he attempted to explain the composition of the world in opaque phrases like this excerpt from A Theory of the Earth with Proofs and Illustrations :

The world which we inhabit is composed of the materials, not of the earth which was the immediate predecessor of the present, but of the earth which, in ascending from the present, we consider as the third, and which had preceded the land that was above the surface of the sea, while our present land was yet beneath the water of the ocean.[4]

This sentence is as clear as Hutton’s work gets. In fact, five years after his death, his close friend John Playfair had to rewrite the entire book in order to simplify the matter to a level of relative ease of understanding. 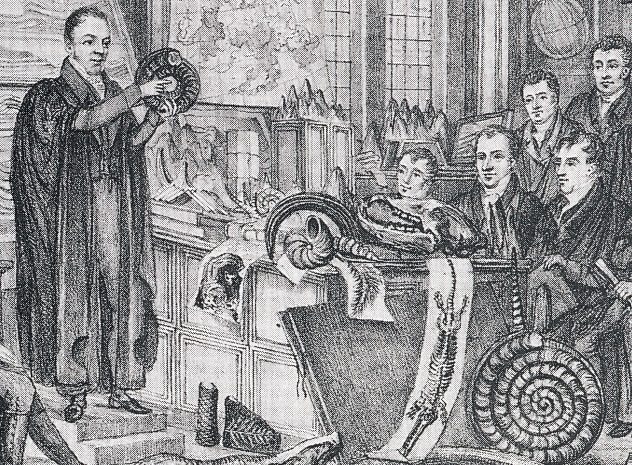 Photo credit: Museum of the History of Science, Oxford

William Buckland was the first trained geology professor at Oxford and avid fan of eating anything. While teaching at Oxford, he dropped a large hyena skull onto the lap of a student and asked, “What rules the world?” When the student didn’t answer, Buckland cried, “The stomach, sir! [It’s the stomach that] rules the world. The great ones eat the less, the less the lesser still . . . “[5]

Guests at Buckland’s house would be treated to this philosophy to the fullest extent. Typical dinners at the table included strange delicacies: Crisp mice in golden batter. Panther chops. Rhino pie. Trunk of elephant. Crocodile for breakfast. Sliced porpoise head. Horse’s tongue. Kangaroo ham. And all of this while a live hyena and monkey roamed freely about the house. There is even a likely apocryphal story of Buckland eating King Louis XIV’s heart, in which Buckland says, “I have eaten many strange things, but have never eaten the heart of a king before,” and promptly shoves the heart in his mouth. Delightful. 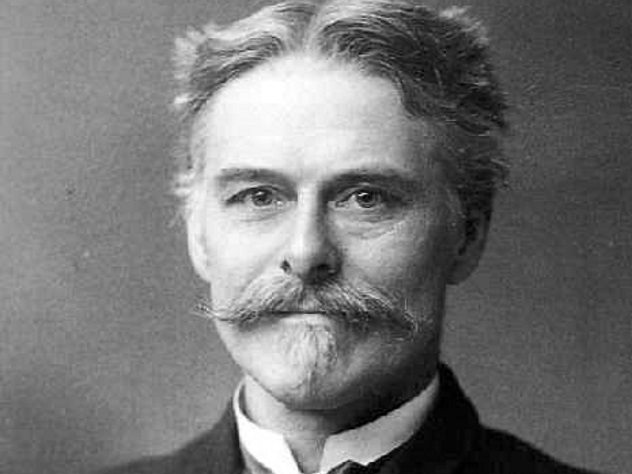 Edward Drinker Cope was a man with a penchant for uncovering dinosaur bones. In fact, he found 1,300 of them over the course of his career. A brutal rivalry with Charles Marsh spurned him on to greater achievements but also caused terribly confused species naming. Because of their intense rivalry, they both “discovered” the bones of an extinct mammal called Uintatherium anceps 22 times due to miscommunication and bad science.

Scientists eager to name this feud call these times the “Bone Wars.”[6] To prevent fossils from falling into their rival’s hands, the scientists would destroy small bones, hire spies, and even have their crews fight each other by throwing stones. Eventually, the rivalry faded. 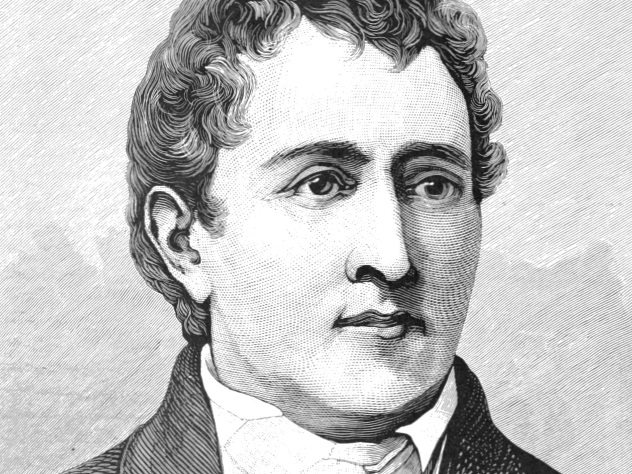 Carl Wilhelm Scheele discovered at least six different elements and received no credit for any of it. He was known by the scientist and writer Isaac Asimov as “hard-luck Scheele” due to his poor track record of scientific publication after his discoveries. His luck with money was no better, although not for lack of trying. He was the first person to see the commercial potential of chlorine as bleach, but he never acted on the idea and lost out on becoming rich.

Unfortunately for Scheele, he also had a short life. He died at age 43. This might have been due to his habit of tasting and smelling every single compound he worked with. Scientists have theorized his death was likely due to repeated exposure to various poisonous substances, like mercury and arsenic. But at least he knew it was coming; he called poor health “the trouble of all apothecaries.”[7] 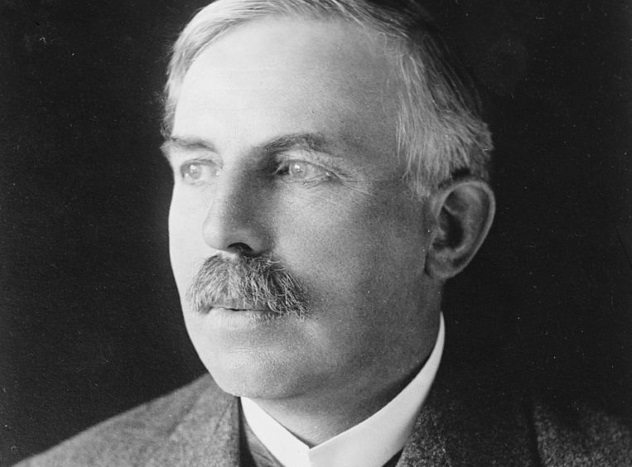 The father of nuclear physics. The first man to split the atom. Ernest Rutherford was the man who made it theoretically possible to create an atomic weapon. He was also the man with the boisterous loud voice and large frame who always seemed to be speaking as if he were on stage. Once, when asked to speak on a radio show across the ocean, his colleague asked him, “Why use radio?”[8]

Not only did he talk loudly, but “he talked readily and vigorously on any subject under the sun, often without knowing anything about it,” said Chaim Weizmann. He had a personality described as overwhelming by some, and according to colleagues like James Chadwick, he wasn’t even a great experimenter. Rutherford just had a lot of grit and worked harder than anyone else. 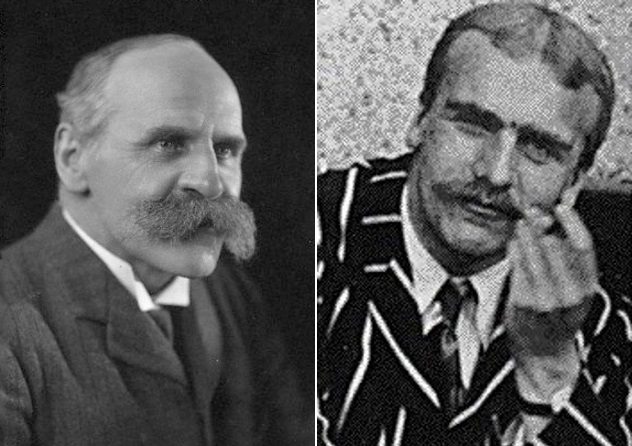 The Haldanes were largely responsible for developing the first generally sensible deep-water diving equipment, but they weren’t without their quirks. Like many scientists of the time, they had to test their own hypotheses and devices. It is theorized that John Scott Haldane’s experimentation with mercury was a partial reason for his absentmindedness. Once, his wife sent him up to change for a dinner party, and he never returned. Later, she found him asleep, and he said, “I began to disrobe and assumed it was bedtime.”

John’s precocious son, J.B.S., took after the scientist in his father. At the age of three, Jack asked his father questions like, “But is it oxyhaemoglobin or carboxyhaemoglobin?” Once Jack was old enough to work with his father, they would attempt experiments like testing different gases together, seeing how long it would take each to pass out and seeing how quickly they could come up for air after deep-sea dives.

Occasionally, like his father with mercury, J.B.S. would take his experiments too far. Once, when he was asked about damage to his eardrum from a recent dive, J.B.S. Haldane said, “The drum generally heals up; and if a hole remains in it, although one is somewhat deaf, one can blow tobacco smoke out of the ear in question, which is a social accomplishment.”[9] 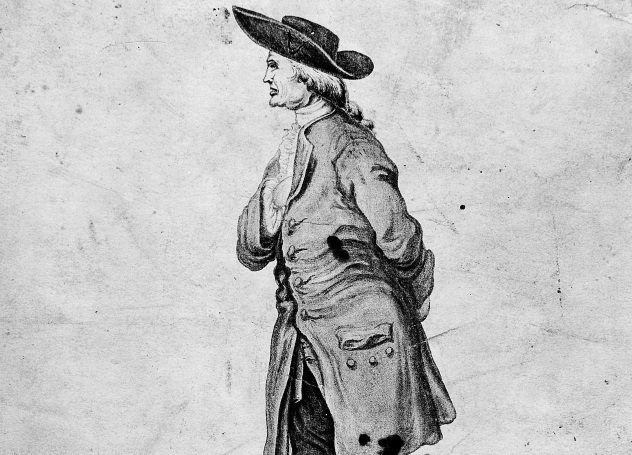 Most well-known for the discovery of hydrogen and determining the density of the Earth, Henry Cavendish might have liked it better if you didn’t know his name at all. An intelligent but incredibly shy man, Cavendish had a shyness “bordering on disease.” While this phobia of people was apparent with both genders, females gave Cavendish a real problem. In fact, he built a back staircase in his house in order to avoid direct communication with his female housekeeper. If her services were required, Cavendish would leave a note on the staircase.

Cavendish did allow himself weekly appearances at the largely scientific parties of the naturalist Sir Joseph Banks, and Banks made sure to inform his guests of how to approach Cavendish. If it was necessary to speak with Cavendish, Sir Banks told guests to “walk into his vicinity as if by accident and talk as it were into vacancy.”[10]

It’s not always Sunday. See my work at www.brendanfunk.com.