Bread, berets, breakfast foods—many things come to mind when someone mentions France. But as it turns out, most of the things that you think are French weren’t invented in France.

In fact, most “French” things aren’t even close to being French originally. So take off that beret, put down the French toast, and prepare to be shocked by all the French things that aren’t. 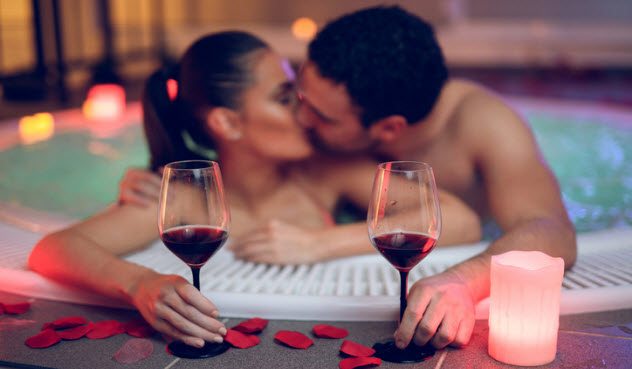 It’s accepted as fact that French kissing is French. After all, it’s right there in the name. But experts agree that kissing with tongue isn’t at all a French tradition. The kiss is first mentioned in literature in the Kama Sutra, a famous book that was written before France existed as a nation. The kiss itself dates to at least the fifth century BC.

Some credit Alexander the Great with spreading awareness of the “French” kiss as he conquered India and added it to his enormous empire. What’s now known as France was part of the Roman Empire when the kiss came to the region. The Romans in particular enjoyed the kiss, and they gave it to the French.

The French got credit for inventing the tongue kiss by Americans who visited the country in the 18th and 19th centuries. Here, women were more affectionate than in America, which was largely founded by religious folk who thought of kissing as bedroom-only behavior.

Soon, American male travelers spread the word about getting a “French kiss” from women while visiting the country. The name caught on, and now the kiss is linked to France despite its truly ancient origins.[1] 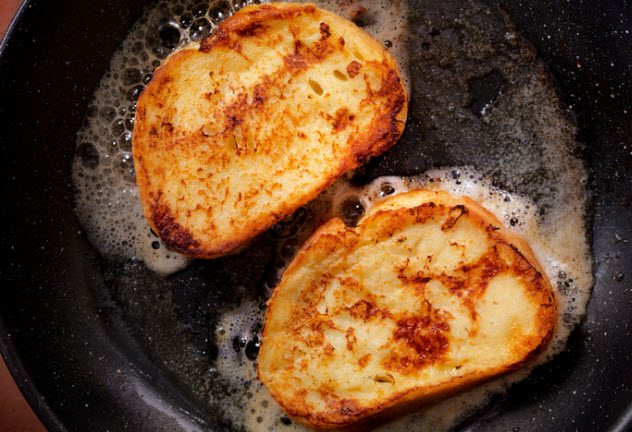 All those Sunday breakfasts were a lie. The delicious, syrup-draped bread dish you know as French toast isn’t French at all. In fact, the recipe is so old that it’s been eaten since before France existed.

Ancient Romans living in the early fifth century ate what we call French toast regularly. Their recipe required soaking bread in milk and then frying it in butter or oil, pretty much the same way it’s still cooked today.

According to legend, the modern twist to the recipe was added by an innkeeper in Albany, New York, named Joseph French. He began making French toast in 1724 for customers, and the dish quickly caught on. The version of French toast eaten today isn’t named for the country but for Joseph French—though, admittedly, the name is pretty confusing.[2] 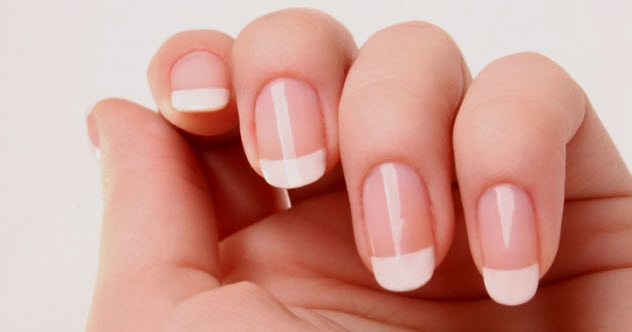 Fancy manicures have been around almost as long as fashion itself. Wealthier people have been manicuring their nails for 5,000 years, making the French manicure a relatively new nail trend. And when the look was invented in 1927, it was first worn an ocean away from France.

The “French” manicure was created by famous Hollywood cosmetician Max Factor when he invented two new nail colors. One was a creamy, pinkish shade that matched the natural color of unpainted nails. The second was a pure white that contrasted perfectly with the other polish when painted just on the tips of the nails.

The white-tip, rosy-nail manicure was popular for years before it was classified as French in the 1970s when Jeff Pink used a style similar to Max Factor’s to create a natural nail look. He was asked to repeat the process on the Paris fashion runways, and the trend quickly caught on as the “French” manicure. The look has been linked to French fashion ever since, though it was originally invented miles away in California.[3]

Two men who certainly were not French are mainly credited with the invention of the French horn. The instrument was not invented or even modified in France, but its complicated design led to the English calling it a “French” horn. The name stuck.

Horns were invented mainly for hunting and weren’t used in musical compositions until the 1500s. When the traditional horns were modified with large, flared ends, the nickname “French” horn was applied in the 1600s.

But it was Heinrich Stoelzel and Friedrich Bluhmel who get most of the credit for the design used today. They invented the valves that give the French horn its distinctive sound. The double French horn, the design associated with more modern French horns, was created by Edmund Gumpert and Fritz Kruspe. Neither man was French. More than any other nation, Germany is responsible for the “French” horn used today.[4] 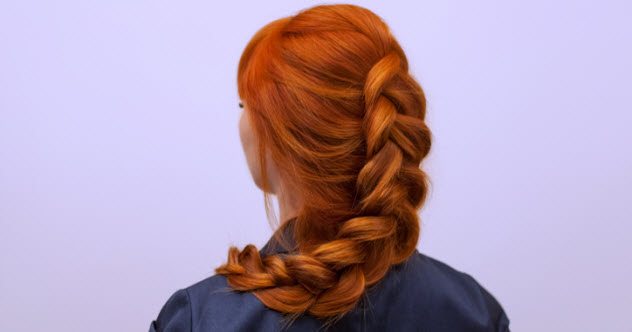 The history of French braids goes back way before France existed . . . before nations really existed, actually. French braids are as old as the ancient Greek culture (where women wearing braid styles were depicted in art) or even ancient Africa (where rock art shows French braid-like styles that are 6,000 years old).

Braids were worn by Celtic warriors when Europe was still carved up into tribes, and women of the Sung dynasty wore them as a popular style of the day in ancient China.

French braids are one of the oldest and most widespread hairstyles, so why have they been known as French for so long? It all happened back in the United States in 1871 with a short story published in Arthur’s Home Magazine. In the story, a husband tells his wife to wear her hair in “that new French braid.” The French braid design has been associated with France ever since.[5] 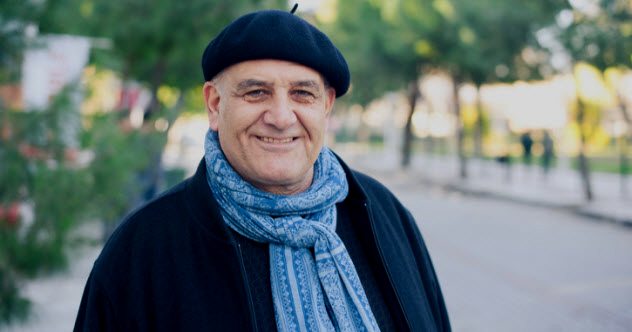 The beret is such an iconic French symbol that you can hardly separate the hat from the nation. Here’s the rub: The beret wasn’t invented in France. Biblical legend holds that the beret was invented by none other than Noah himself, of flood fame, after he discovered some trampled wool near his sheep pens.

The wool became felt, which Noah cut into a circular shape and wore on his head. The beret was worn at least as early as ancient Greece (around 1500 BC) and became the most popular hat for men in the Middle Ages.

The origins of the hat may be murky, but there is no question that French shepherds popularized the look. Shepherds working in the fields around the French Pyrenees wore wool hats to stay warm during cold nights in the 1600s and into the 1700s.

French artists living in the Left Bank region of Paris made the look popular again in the 1800s and 1900s as they were the hipsters of their day. This is when the beret became the iconic symbol of French artists and, by extension, French people everywhere.[6]

The French were the first to use berets in the military, which may be why the style is linked to the nation. French soldiers began wearing berets as early as the 19th century. Today, berets are worn by US soldiers and military personnel around the world to signify certain ranks and regiments. 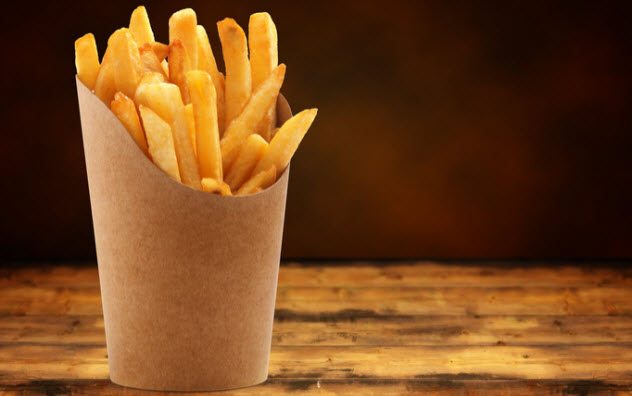 No, French fries aren’t French, either. They were actually invented in Belgium, but “Belgian fries” doesn’t roll off the tongue quite as easily. Belgian lore says that people were frying potatoes there in the 1600s, giving rise to the popular treat. Villagers started slicing and frying potatoes the way they sliced and fried their fish.

Although French fries are a staple today, most Americans didn’t really find out about them until World War I. US Soldiers stationed in Belgium sampled the fries and created the nickname “French” fries because Belgium’s official language was French.[7]

However, some Americans did become acquainted with the French fry long before World War I. Thomas Jefferson served as the American Minister to France in the 1700s and took a particular liking to French food. He sampled French fries while in France and took the recipe back home with him. The fried potatoes were even mentioned in an early 1820s American cookbook but didn’t really catch on with US eaters until World War I. 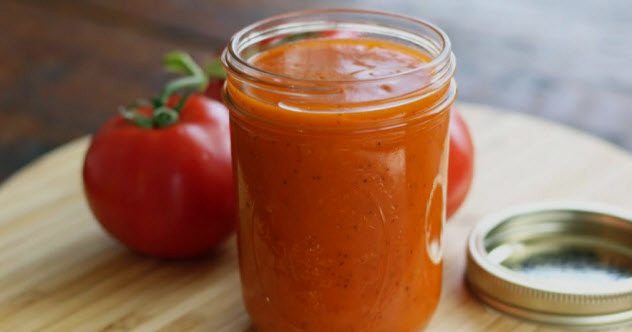 French dressing, as it’s known in America, is nothing like the salad dressing you’ll get in France. Oil and vinegar (vinaigrette) is used to dress salads in France. The tomato-based concoction known as “French dressing” is most likely an American invention, and its origins are shrouded in mystery.

Salad dressings became popular in America in the 1800s, and many early entrepreneurs began packaging and selling their own dressing recipes. Campbell Soup Company was one of the businesses that got into the salad dressing game early. They were publishing recipes for salad dressing—using Campbell’s soup as a primary ingredient, of course—even before World War II. Perhaps it was they who first added the tomato to French dressing, which made it completely American from then on.[8]

Either way, one of their early recipes calls for Campbell’s tomato soup, a flavor that has become a standard of what Americans call French dressing. Tomato-based salad dressings are not traditional French cuisine in any way. 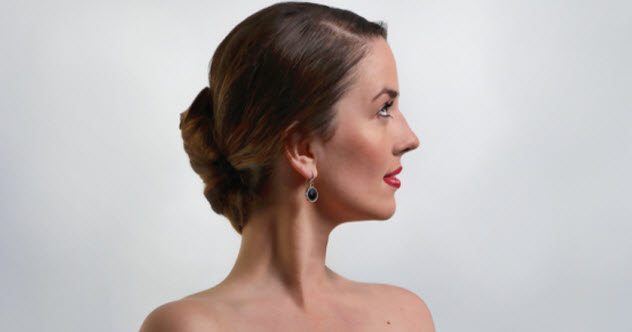 The French twist was especially popular during the late Victorian period in the 1890s. The fancy look may have contributed to its name. In both Britain and America at the time, many things were attributed to France that actually were not French inventions. 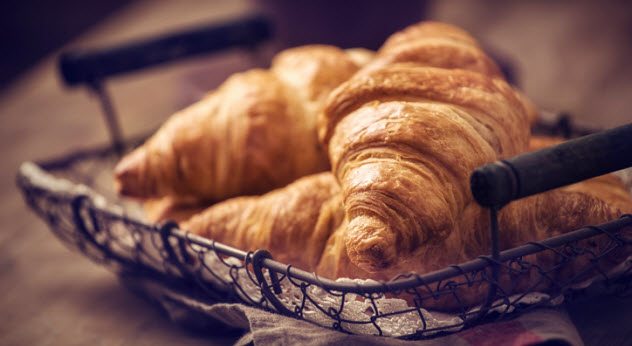 The croissant. It’s one of the first things people think of when they think of France. It’s so quintessentially French that the croissant is practically used as a symbol of the country. But this rich, flaky, crescent-shaped pastry isn’t French. Not at all.

It wasn’t so long ago that croissants were hard to find in France, though that’s pretty hard to believe today. In the 1800s, they could only be purchased at specialized Viennese bakeries, which were only found in the more expensive neighborhoods of Paris. In the 1800s, it was well-known even among the French that these buttery pastries were a foreign delicacy that was difficult to find.

The croissant originates in Austria, where it’s known as a kipfel. This is a crescent-shaped bakery item made with lots of butter or lard, sometimes sprinkled with sugar and almonds, and clearly the forebear of the modern-day croissant.[10]

Austrian legend says the treat was invented around 1683 in Vienna, first baked to celebrate a victory over the Ottomans. However, that isn’t true. The kipfel, the grandfather of the modern-day croissant, existed as far back as 1227. It was presented to Duke Leopold, along with other Christmas treats, by Viennese bakers. Crescent-shaped baked goods were around even before this.

KC Morgan is a professional freelance writer. She has written thousands of articles on every topic from history to food hacks. Whether KC is explaining how to complete a DIY project or exploring the world’s mysteries, she’s writing about something every single day.