The Jewish people are history’s favorite scapegoats. Through every generation, they’ve been blamed for everything you can imagine—from killing Jesus to controlling the world. Most of it is infuriating, and we’ve all heard the worst stories about how anti-Semitism has brought on some of history’s worst tragedies.

There are some lesser-known ones, though, that take blaming Jews to whole new levels. In fact, some anti-Semitic conspiracy theories are so absurd that it’s almost hard to get mad about them. 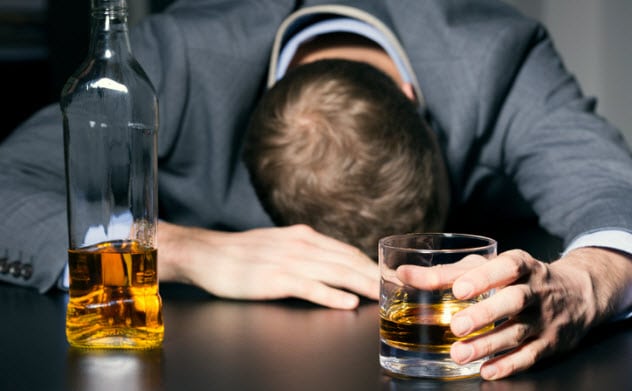 During a tour of Russia, writer Andrew Solomon once asked a man why the people there had such hateful feelings toward the Jews. The man answered him without even pausing for a beat: “It is because the Jews have a secret vegetable they eat so they don’t become alcoholics like the rest of us. And they refuse to share that vegetable with anyone else.”[1]

This wasn’t the rambling of some lone nut. It’s a conspiracy theory that’s come up in a few Russian sources. For hundreds of years, a smattering of Russian voices insisted the same thing: that the Jews are hiding a secret, hairy vegetable that lets them drink all the alcohol they want without getting drunk.

It’s even shown up in Russian folktales, where it’s often listed among the two secrets weapons of those crafty Jews: the magical vegetable that keeps you from getting drunk and the Judas lips that let you get away with lying in court. 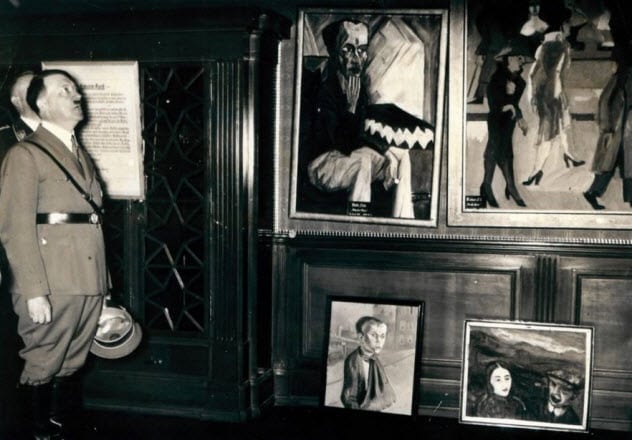 According to Adolf Hitler, modern art was nothing more than “an act of aesthetic violence by the Jews against the German spirit.”

While writing his daily list of things to blame on the Jews, Hitler apparently reminisced on his failed art career and decided that the Elders of Zion must have been behind the rise of experimental art. He wrote up a paper slamming all modern art as “degenerate” and “Jewish.”

He even put on an exhibit of modern art in Berlin just to show everyone how terrible it was. He called it the “Degenerate Art” exhibition, complete with a whole wing dedicated to “Jewish sculptures.” He filled it with posters explaining how the Jews had created it to mock the German people.[2]

Hitler couldn’t quite find enough Jewish modern artists to back up his point. Only 6 of the 112 artists featured in his exhibition were Jewish. Still, he insisted that Jews were to blame. As he explained in the posters, the other modern artists might not have been Jewish themselves, but they had been “distorted and influenced” by the Jews. 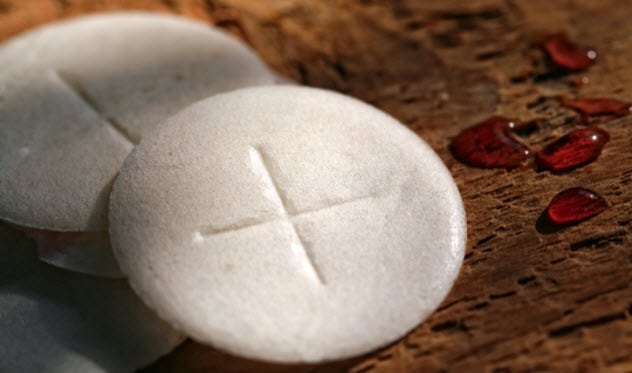 In the 13th century, the Catholic Church became convinced that Jews were up to the ultimate evil: torturing bread.

They believed that a group of Christian-hating Jews were stealing communion wafers just so that they could stab, torment, and burn them. To the Catholics, this was tantamount to torturing Jesus Christ himself. They believed that the communion wafers would actually transform into the physical body of Jesus and that these Jews hated him so much that they felt the need to torture him again in bread form.

Allegedly, the communion wafers would bleed and cry out in pain when their Jewish attackers tormented them. Some wafers would sprout legs and try to run away, but the hateful Jews would chase those wafers down and stab them.[3]

Today, modern historians think that the whole panic started with a priest finding red fungus on an overly ripe stash of communion wafers. The church decided that the fungus could only be blood and let insanity take him where it would. 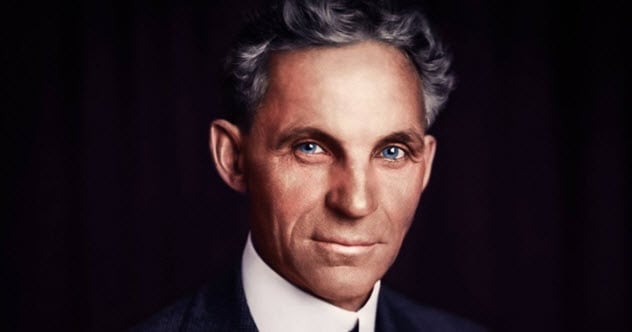 Henry Ford was a man of a few talents. He was better at selling cars than any other person in the world—and he was even better at finding things to blame on the Jews.

Ford had a whole newspaper called The Dearborn Independent that did nothing but blame Jews for everything under the sun. The paper ran the headline, “The International Jew: The World’s Problem,” and spread so many conspiracy theories that even Adolf Hitler described himself as a fan.

But some were a bit crazier than others. The Dearborn independent blamed Jews for everything you could imagine. According to the paper, Jews had invented jazz music. They were behind lynchings, which they provoked by poisoning normally sane white men with a secret concoction called “n—r gin.” And they deliberately sabotaged baseball just because they were too lazy to play sports.

It wasn’t just the paper, though. Henry Ford blamed everything imaginable on the Jews. He even blamed them when he bit into a candy bar and didn’t care for the taste. Reportedly, Ford frowned at the candy bar and declared, “The Jews have taken hold of it.”[4] 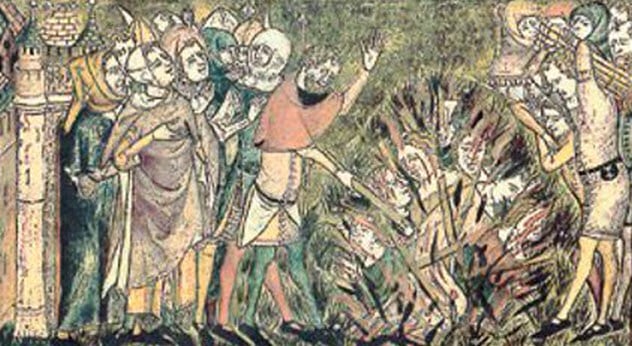 The Black Plague wiped out up to 200 million individuals in Eurasia, with the worst of it hitting Europe in 1347 to 1351. At that time, the people of Germany decided to get to the bottom of it. They already had a strong hunch they knew what was going on: It was probably those rascally Jews.

They didn’t exactly have any proof or reason to believe that Jews had caused the worst plague in recent history. But they knew that proof wasn’t important when you could torture people into confessing anything you wanted. So they beat and brutalized every Jew they could find until one, pleading for his life, agreed to put in writing that he’d been pouring poison into the wells.[5]

Not everybody believed these stories, of course. Some people saw through the lies and knew that the Jews hadn’t done anything to the wells. These people insisted that the plague was nothing more than a divine curse from a furious God who was mad at them for letting Jews live.

The end result was the same either way. People across Germany—and later, the rest of Europe—slaughtered Jews en masse. In Frankfurt where the massacre was one of the worst, the Jewish population dropped almost overnight from 19,000 people to a mere 10. 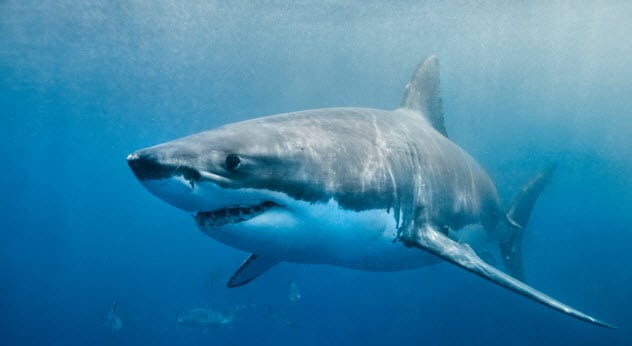 When a shark attacked tourists in Egypt, Governor Abdel-Fadeel Shosha was sure he knew what was afoot. This was nothing more than a Zionist plot to attack Egypt with remote-controlled cybersharks.

Shosha wasn’t completely ready to commit to the cybershark theory right away. He kept things balanced and timid, telling the press that it could also be a “specially indoctrinated Zionist shark” or even an “Israeli agent in a shark costume.”[6]

It was just too early to say for sure, Shosha said. He wasn’t saying anything definite. He just wanted time to confirm.

He was pretty certain, though, that Israeli intelligence was behind the shark attacks. After all, he’d heard rumors that there was a GPS on the shark. Although conservationists kept trying to convince him that they used these devices as a way of tracking animal behavior and that a GPS couldn’t be used for mind control, Shosha knew better. He wouldn’t be fooled. 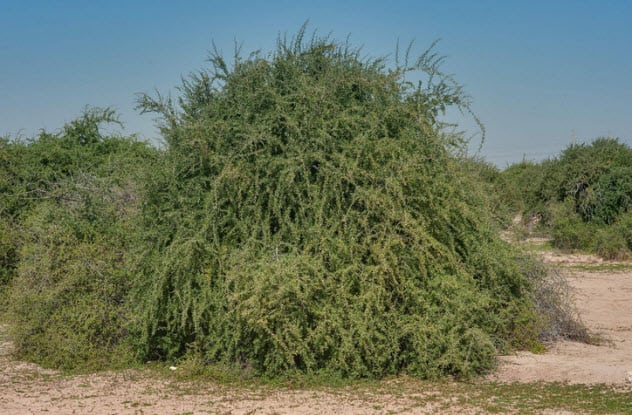 According to a fundamentalist group of Muslims called the Wahhabis, the Jews have already started conspiring with a secret ally: the Gharqad tree, or as the Wahhabis call it, the “Jew tree.”

According to a man who’d grown up in a Saudia Arabian Wahhabi school, he was assigned to read a book in the ninth grade that his teacher told him was a statement from the prophet Muhammad. Inside, it outlined in brutal detail how the Muslims were going to murder every single Jew on the planet:

“The day of judgment will not arrive until Muslims fight Jews, and Muslim will kill Jews until the Jew hides behind a tree or a stone. Then the tree and the stone will say, ‘Oh Muslim, oh, servant of God, this is a Jew behind me. Come and kill him.’ ”

According to the book, the Jews would only have one ally in all of nature: the Gharqad tree. The next lines read: “Except one type of a tree, which is a Jew tree. That will not say that.”[7]

The lesson was clear: It wasn’t just that good Wahhabis can’t trust Jews. They can’t even trust their dirty Jew trees. 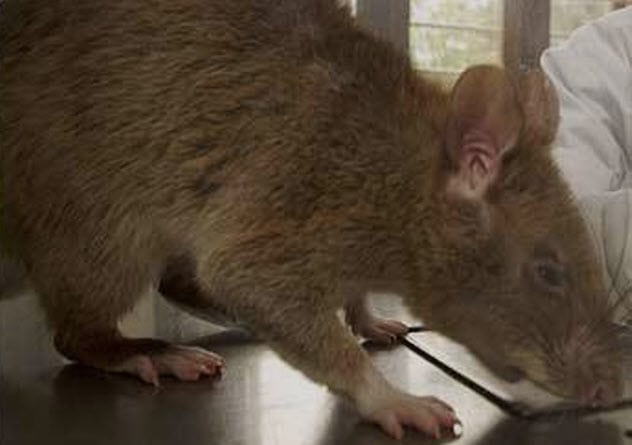 According to one Palestinian newspaper, Israel created a race of super rats that grow twice as big as a normal rat, purely to chase the Arabs out of Jerusalem.

The paper claims that the super rats are vicious, trained killers that are big enough to kill a cat. Jews will bring them into town in cages and unleash them on the Arab population. Then they’ll let the rats swarm on the Palestinians who live there and attack Arab children.

The rats spread quickly, too. They’ve been genetically engineered to breed at four times the rate of a normal animal. Most impressively of all, the super rats have been trained to sniff out Arab blood. The rats will leave every Jewish person they find alone and move on to hunt and kill Arabs.[8] 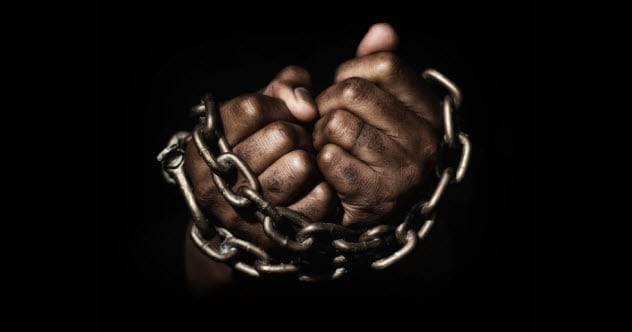 According to the Nation of Islam’s Akbar Muhammed, the idea that slavery still exists in our world is nothing but a “big lie” started as part of a “Jewish conspiracy.”

Akbar was responding to news from Amnesty International that slavery and human bondage were still alive and well in places like Sudan, Mauritania, and Libya. He insisted that it was all a Zionist conspiracy, and Nation of Islam leader Louis Farrakhan agreed.

“Where is the proof?” Farrakhan asked. “If slavery exists, why don’t you go as a member of the press, and you look inside Sudan, and if you find it, then you come back and tell the American people what you found?”[9]

In response, The Baltimore Sun sent reporters into Sudan, bought two slave boys, ran a report on it, and won a Pulitzer Prize.

Still, even after the article came out, people continued to insist that it’s all made up. The government of Mauritania even released an official statement blaming The Baltimore Sun article on the Jews: “Slavery no longer exists, and talk of it suggests manipulation by the West, an act of enmity toward Islam, or influence from the worldwide Jewish conspiracy.”

1 Iraqi Security Thought Pokemon Was Part Of A Zionist Plot 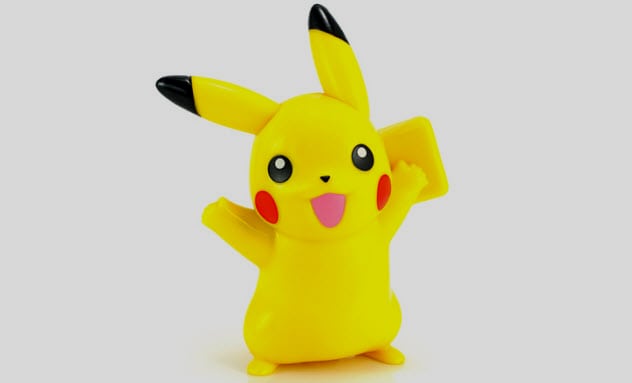 Perhaps the greatest of all Jewish conspiracies is Pokemon. According to an Iraqi security services report written in 2001, the world’s most popular game was created as nothing more than a Zionist plot to overthrow Saddam Hussein.

Iraqi security services claimed that the name “Pokemon” was a Hebrew word that meant “I am a Jew.”[10] Jewish conspirators supposedly created the game to infiltrate the minds of Iraqi children and turn them against Hussein. The report warned that the character Pokemon was already all over Iraqi markets and that the children “love it very much.”

It might seem a little unbelievable. One might cite petty details like “I am a Jew” in Hebrew isn’t pronounced “Pokemon,” Pokemon isn’t the name of a character, and Pokemon is Japanese.

Then again, how do you explain that Pokemon Mystery Dungeon came out in 2006, the very same year that Saddam Hussein was found in a mysterious underground dungeon?