Every Roman emperor has a few crazy stories under his belt, but none of them compare to the tales of Caligula. He’s the one Roman emperor historians are fairly sure was certifiably insane.

Six ancient Romans wrote about Caligula’s life, and every one of them agreed that he was completely off his rocker. They left stories about him that are so ridiculous that some people now insist that these events couldn’t possibly have happened. But that’s not because we have any evidence against them. Caligula’s life was just too crazy to be believed. 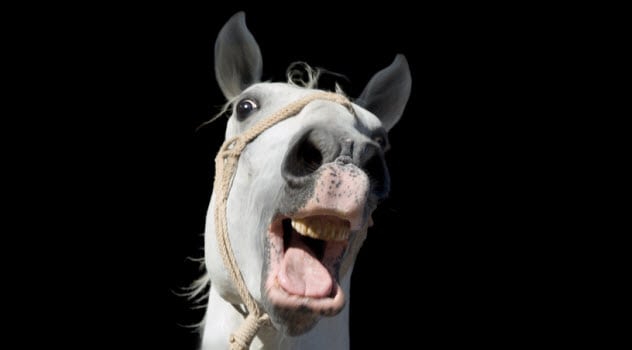 Caligula probably never made his horse a consul, but that doesn’t mean he didn’t treat the animal like a human being. According to multiple Roman sources, Caligula treated his favorite force, Incitatus, better than most people.

This horse had his own home. It wasn’t just an upgraded stable, either. Caligula gave his horse his own multiple-room house, complete with furniture and a crew of slaves who were ordered to follow the horse’s every command.

At dinnertime, Caligula would invite his horse to dine with him. The horse would be brought to the dinner table, where the emperor and his horse would be served wine in golden goblets and would share a toast to the horse’s good health.[1]

He even sent his soldiers out to make sure that the animal got some peace and quiet. Reportedly, after Caligula noticed that the crowds cheering at the games were bothering his horse, he sent his soldiers to force everyone in attendance to stay quiet—on pain of death—until the horse got some rest. 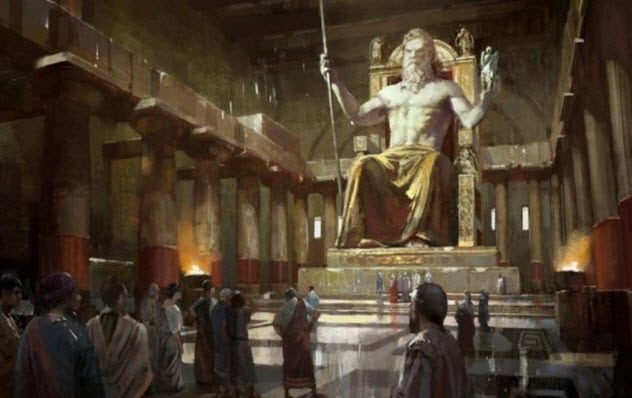 Caligula wasn’t satisfied to just be an emperor. He wanted to be a god—and he set up his own cult to make sure it happened.

The emperor of Rome had temples constructed where people could worship him. Inside, there were life-size statutes of him made of pure gold that the people of Rome were encouraged to bow before and worship. And he didn’t stop there. Caligula had plans to chop off the head of the statue of Zeus at Olympia—one of the Seven Wonders of the Ancient World—and replace it with a likeness of his own head.

He even hired his own team of priests with their own extravagant rituals. To show devotion to Caligula, a sacrificed bull wouldn’t be enough. His worshipers were expected to sacrifice flamingos and peacocks in his honor.

His obsession with declaring himself to be a god nearly caused a revolt. At one point, frustrated that the Jews weren’t worshiping him enough, Caligula ordered Petronius, the governor of Syria, to build a massive statue of him inside the Temple in Jerusalem.[2]

The Jews were ready to riot, and it probably would have turned into a full-on rebellion if Petronius hadn’t talked Caligula out of it. In the end, though, Caligula had Petronius’s head chopped off as punishment for making Caligula change his mind.

8 He Ordered His Army To Attack The English Channel 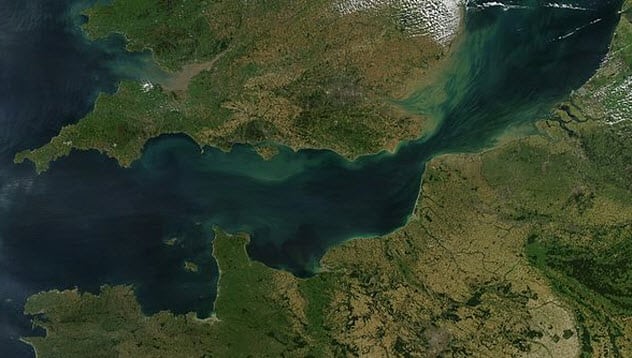 Legend has it that Caligula once declared war on Neptune, the god of the sea, and ordered his men to stab the English Channel.

There’s some reason to think that the story’s a little exaggerated. But there’s no question that Caligula sent an army to the English Channel, and even the soberest versions of the tale don’t paint Caligula in the best light. He still sent his army into the ocean.

The version accepted by most historians is that Caligula was leading a failing campaign against the Britons and his men were on the verge of revolt because he’d cut their pay. So, to make it up to them, he led his entire army—including the artillery—to the English Channel and told them that they could fill their helmets with as many seashells as they wanted.

In lieu of pay, his men were to take “spoils from the ocean” as their reward for their hard work. Anything they could fit in a hat was theirs for the taking, he promised them.

“Go your way happy!” Caligula told his men as they scooped shells and rocks out of the ocean. “Go your way rich!”[3] 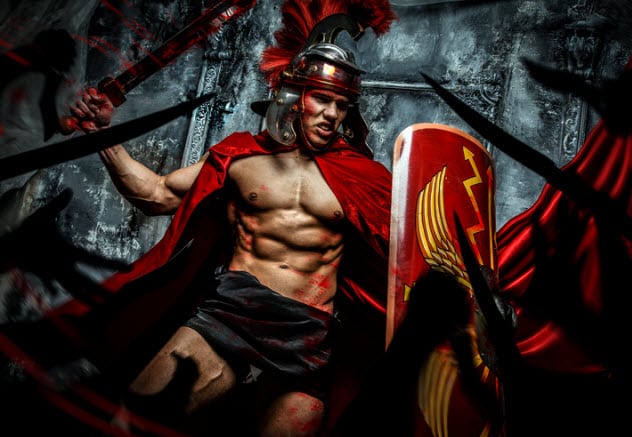 When Caligula took the throne, he invited some of the political enemies of Tiberius, the last emperor, to come back to Rome. Caligula even invited one to sit down with him personally and then asked how the man had spent his time in exile.

“I constantly prayed [to] the gods for what has come to pass,” the man told him, “that Tiberius might die and you become emperor.”[4]

He was trying to flatter Caligula, but it didn’t work out that way. Instead, the man accidentally got a few thousand people killed.

What Caligula got from the conversation was that this man had prayed to the gods for Tiberius’s death, and apparently, his prayers had been answered. That meant there was a pretty good chance that the people exiled by Caligula were praying against him, too.

After talking to the man, Caligula released an order to kill every person he’d ever exiled for trying to turn the gods against him. And he made it a long-term policy. From then on, when Caligula made an enemy, he had the person’s dead body paraded in front of him before he slept easy. 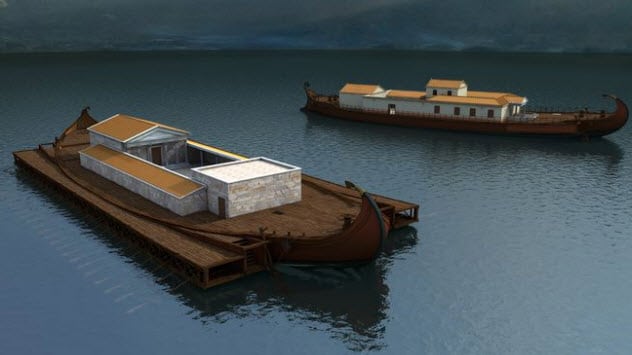 Placed on Lake Nemi, these gigantic barges had prows covered in jewels and floors paved with glass mosaics. The vessels were filled with massive statues and golden cups. Even the sails were made of purple silk, a material so rare at the time that it was exclusively used to make the emperor’s clothes.[5]

Caligula ordered his noblemen to bring their wives when they visited. He made them line up in front of him, inspected their bodies, and picked his favorite to bring into his chamber. Then he came back out, sat down with her husband, and made the man sit through a detailed review of how his wife was in bed. 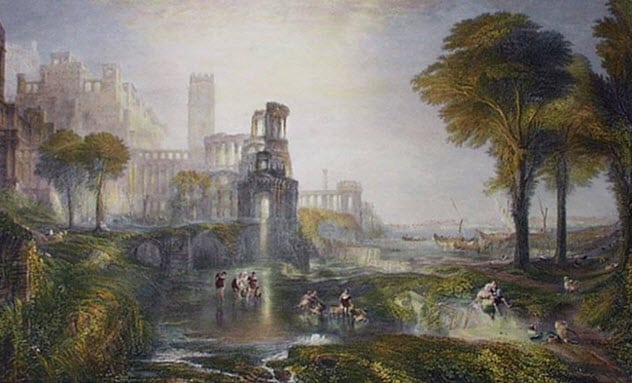 Caligula’s greatest achievement was building a 5-kilometer-long (3 mi) floating bridge across the Gulf of Baiae. At the time, a bridge like that was completely unheard of—and he did entirely out of spite.

Before he’d become emperor, an astrologer named Thrasyllus had predicted that Caligula had “no more chance of becoming emperor than of riding a horse across the Gulf of Baiae.” Caligula built the bridge just to rub it in that the astrologer had been wrong.[6]

Caligula got every ship he could find to line up across the gulf. Then he had slaves lay earth on top of the ships to make a huge bridge. Caligula hopped on his horse and rode back and forth across the bridge for two days straight so that everyone knew the fortune-teller had been wrong.

4 He Had An Audience Devoured Alive Because He Was Bored 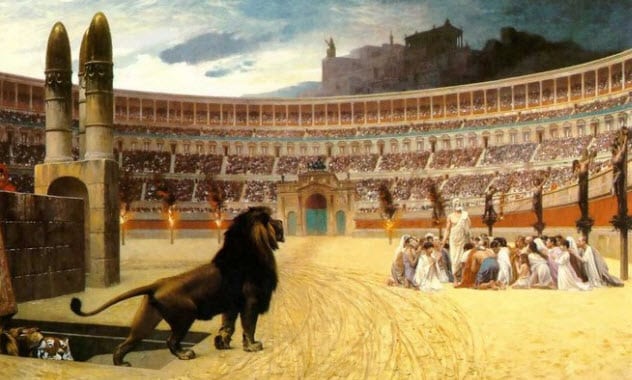 During intermission at the games of ancient Rome, criminals would be executed for the amusement of the crowd. After they had been lined up, their throats were slit while the audience either rewarded their deaths with light applause or shuffled out to get refreshments.

That wasn’t Caligula’s idea, but he was a big fan. Caligula liked the games so much that he made it illegal to schedule a court case or a funeral while the games were in session, just to make sure nobody missed them.

Once, when there were no criminals to be executed during intermission, he took matters into his own hands. He ordered his guards to throw a random section of the audience into the ring. Then he unleashed the animals so that he could watch these people get devoured alive.[7]

3 He Wouldn’t Let Anyone Mention Goats Around Him 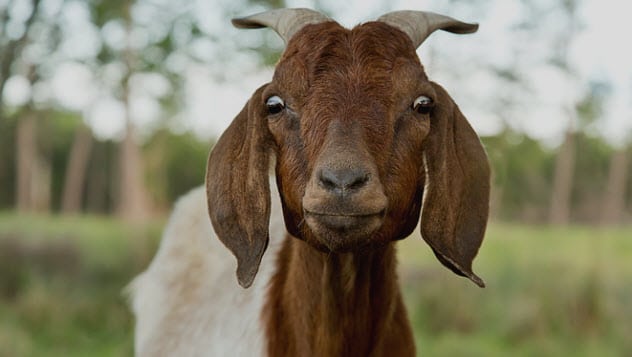 As a young man, Caligula had an issue with body hair—and he was very sensitive about it. Hair grew everywhere on his body except for the top of his head, where he had a bald spot.

He made sure, though, that no one got away with making fun of him. It’s likely that he stopped artists from drawing his bald spot as it shows up in written descriptions of him but rarely in ancient art. To deal with the hairiness, he made it a crime for anyone to say the word “goat” in his presence.[8]

As emperor, he had the power to do pretty well anything he wanted as he frequently reminded everyone around him. He didn’t stop at banning people from talking about goats. In fact, he used his powers in ways only dreamed of in socially anxious Internet memes.

When he got fed up with having to talk to people all the time, Caligula made it illegal to greet him twice. Anyone who wanted to shake his hand could do it one time, but that was all you got. After that, you had to leave him alone—or else. 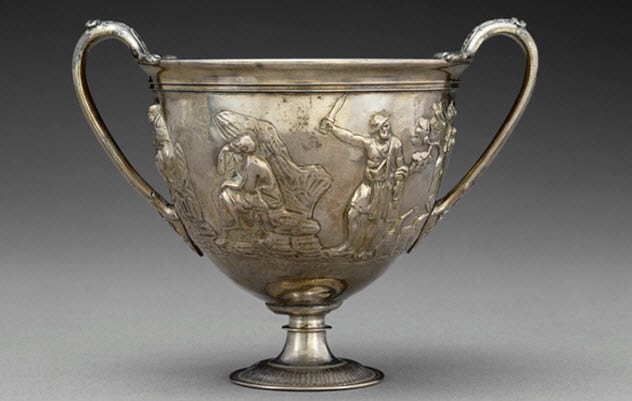 Caligula once executed a man for being handsome. He spotted a good-looking man with a nice haircut and a snappy sense of fashion, and he got so jealous that he had the man executed for it.

The man’s father did everything he could to save his son’s life. He begged Caligula to spare his son, but it had the opposite effect. In response, Caligula sped up the son’s execution. But in return, Caligula invited the father to dine and drink with the emperor himself immediately following the son’s death.[9]

The man was forced to drink a toast to the emperor’s health, eat food at his table, and accept every gift Caligula gave him, all while staring at the person who’d just killed his son. According to the senator Seneca, the father had to sit there and smile throughout, knowing that his other sons would die if he showed the slightest hint of grief.

1 He Threatened To Beat Up A God 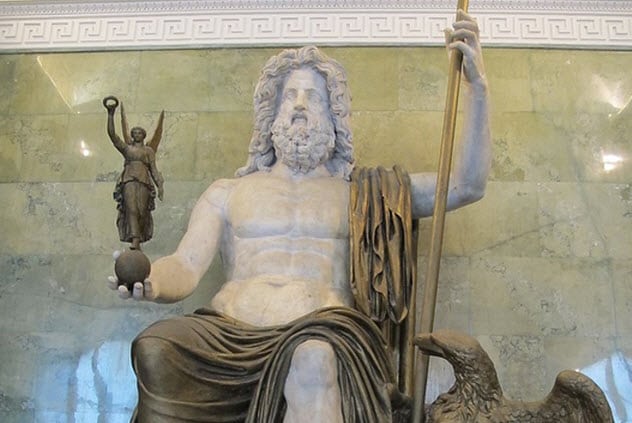 It’s easy to think that Caligula might have just had a wicked sense of humor or that he might have been putting on a show. But there’s a lot of reason to think that the emperor was truly mentally ill.

There are reports that Caligula had major delusions throughout his life. Reportedly, he rarely slept for more than three hours at a time because his hallucinations were at their worst at night. For example, he once stayed up all night complaining that the ocean had been talking to him.

There are also reports that he would openly talk to the god Jupiter—but not in a devout, religious way. He’d argue with an imaginary god, carrying on heated conversations with a being that no one else could see.

The philosopher Seneca claimed that he once saw Caligula threaten Jupiter. They’d been watching a ballet when thunder started to crash across the horizon. Furious at the gods for interrupting his show, Caligula stormed outside, started yelling at Jupiter, and threatened to beat the god to death.[10]

Which just might be the sobering reality behind the madness of Caligula. Some Roman emperors were made to seem mad by their detractors, and some went mad with power. But Caligula may just have been mad inside and out.

Read more bizarre facts about life in ancient Rome on 10 Harsh Realities Of Growing Up In Ancient Rome and 10 Truly Disgusting Facts About Ancient Roman Life.