The ancient Romans are well-known for keeping an abundance of written records about their society. Sometimes, it almost seems as though we know more about them than we do about ourselves.

Of course, World History and History of Western Civilization courses and textbooks always cover the history of the Romans. After all, so much of modern society and politics mirrors their achievements. However, some facts never seem to come up in class, many of which are quite strange. Some even border on the fantastical.

10 The Romans Closely Guarded Books That Foretold Events To Come 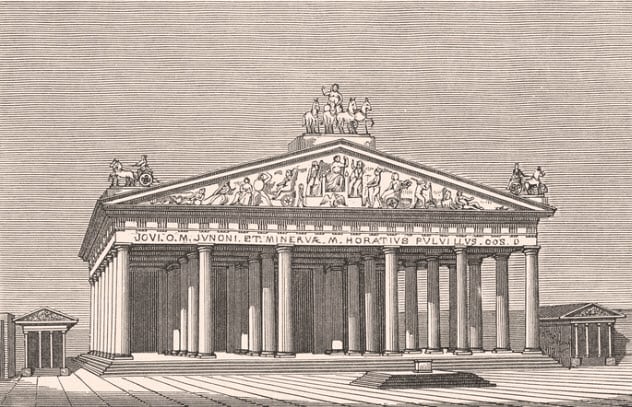 Locked away from prying eyes were books written in spidery Greek that spoke of the future of Rome and her citizens, including its inevitable end. These tomes were kept within the Temple of Jupiter where only the most skilled interpreter was permitted to trace his gnarled finger across the faded lines to determine what was to happen and how best to prevent it.

Legend has it that an old lady approached King Tarquin way back when Rome was still ruled by Etruscan kings. She offered him nine books at an absurd price, which he promptly refused with a hearty “Harrumph!”

She proceeded to burn three of the books and then returned with the remaining six, still demanding the same price. Once again, he refused. But this time, he began to question what he was turning down.

When she returned with three books after burning three more, he quickly bought the tomes. Upon perusing the battered manuscripts, it was apparent that they were books of prophecy for they told of Rome’s imminent rise and fall.

Many associated the old lady with a sibyl who had foretold the fall of Troy. From that day forward, the books were kept secret and closely guarded, only to be brought out when Rome was in peril and in need of answers.[1] 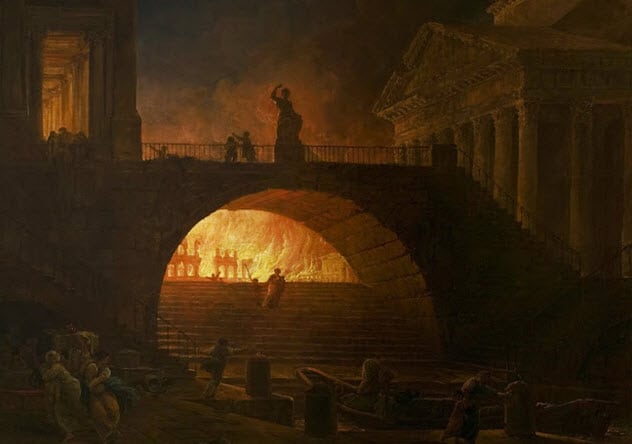 Rome’s First Triumvirate consisted of three very powerful men: Julius Caesar, Gnaeus Pompey, and Marcus Crassus. Due to the overwhelming shadow of Caesar and Pompey, Crassus tends to fall by the wayside in most history classes. This is a shame because he was a veritable misanthrope whose avarice and lack of humanity were legendary.

One of the lesser-known stories about him concerns his fire brigade. After all, what great municipality would be complete without emergency units to respond to catastrophes such as a raging fire threatening to engulf one’s home?

Except this unit would arrive on the scene only to refuse their services until the owner sold his property cheap to Crassus. Imagine seeing your home lit up like a bonfire, just begging to be doused by the firefighters standing not 5 meters (15 ft) away, and your only options are to let it all burn away or sell it for far less than it’s worth.[2]

8 The Publicani Were Basically The Mafia Of Ancient Rome 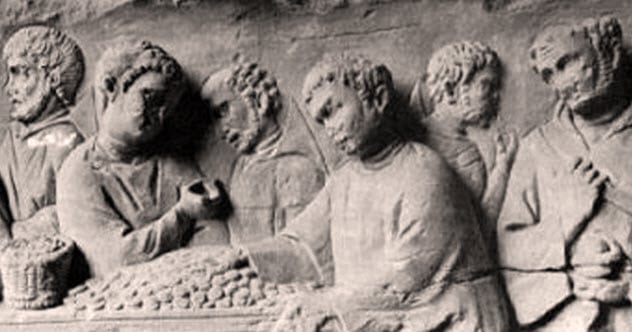 Ah, the tax collector. What a thankless occupation. Especially if your sole purpose in life is to bleed others dry while you reap the benefits. Believe it or not, tax collectors today are far more benevolent than their ancient counterparts.

During the second century BC, Roman businessmen called the publicani dominated the ancient world. Arriving at newly conquered provinces, they would engage in tax farming with many of the hapless provincials. As has been the wont of the upper 1 percent throughout human history, they absolutely adored squeezing as much money as they could out of the poor and downright stomping on the poorest of the poor.

The wealth amassed by the publicani led them to control trade, banking, and shipping. They became notorious for their brutal tactics as they strong-armed Easterners (including the Greeks, who were Easterners to the Romans). The publicani would collect a tax called the decuma (10 percent harvest tax), much of which went to the Roman government.[3]

As a portion of this wealth found its way into the pockets of Roman politicians, the actions of the publicani were largely tolerated, even if they were tacitly condemned.

7 A Man Infiltrated A Festival Exclusively For Women 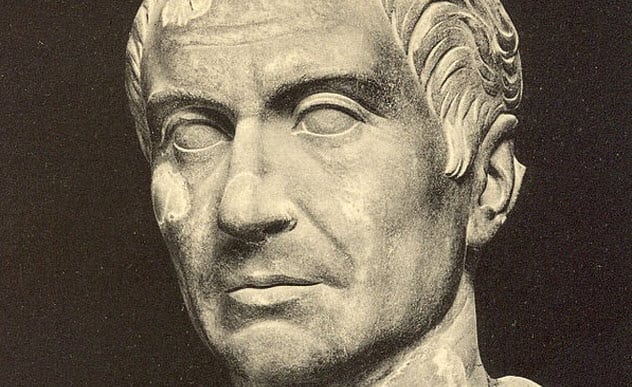 It’s December. Pine trees are in your house, carols are in the air, and specials such as Charlie Brown and the Grinch are on TV. You guessed it. It’s the festival of the Good Goddess.

This was a time in ancient Rome when the women would gather together to celebrate the rites of the goddess while the men hid away. Men were not permitted to partake in this festival. Even statues of men were to be veiled.

However, that did not stop Publius Clodius Pulcher from dissembling as a flute girl (or a harpist, according to some accounts) and creepily surveying the multitude of ladies in his midst. Of course, the women grew suspicious of the flute girl whom none recognized.

Their suspicions were duly confirmed when the woman, once questioned, answered in a deep voice that smacked of masculinity. Naturally, the rites were suspended, a trial was held, and Clodius was left to nurse his irreparably damaged reputation.[4] 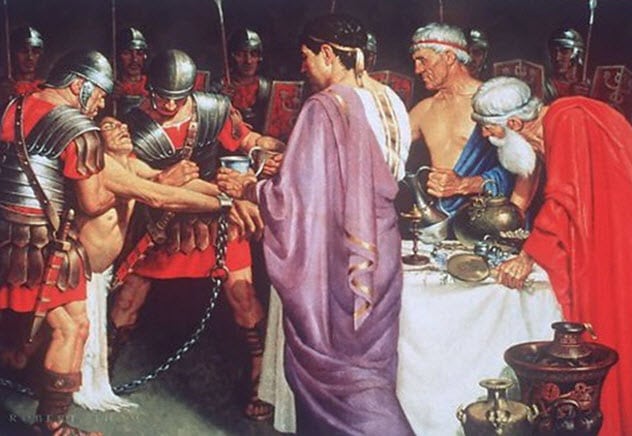 Although technically not Roman, King Mithridates VI of Pontus played an enormous role in the history of Rome. He was one of the greatest threats to the Roman State, easily rivaling the likes of Hannibal of Carthage.

As a child, Mithridates was maliciously persecuted by his mother. Forced to take refuge in a forest, he lived there for seven years, where he battled wild beasts and subsisted on deer. He also developed a fascination with toxicology, repeatedly ingesting sublethal doses of poisons until he became immune to them.

Unfortunately, this strategy backfired when he was blockaded in his bedroom by sympathizers of Pompey. Mithridates’s attempt at suicide by poison failed, and he was forced to ask one of his loyal guards to take a blade and run him through.[5] 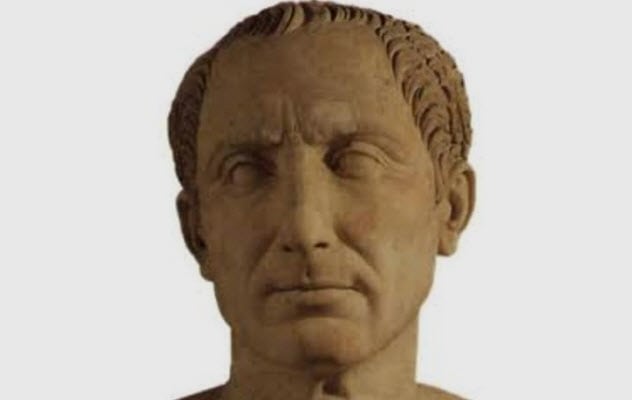 Much like today, many wealthy city dwellers in the ancient world vacationed at resorts to escape the poor. For the Romans, Puteoli was the place to be. They quickly bought up property so that those awful poor people would never be able to set foot in that region.

A resourceful entrepreneur named Sergius Orata was renowned for his oyster beds. He served up the tastiest oysters this side of the Rubicon. However, he was also known for a popular invention called balneae pensiles (“hanging baths”).

Interestingly, they are called “hanging baths” due to a literal translation of the Latin words. But to this day, historians cannot agree on what they were actually meant to be. Some have argued that these were hot showers, while others believe that they were underfloor central heating systems.

The first argument doesn’t work because balneae means “baths,” not “showers.” The second explanation also seems unlikely because there was already a term for such a system: “hypocaust.”[6]

So, what were they exactly? Showers? Baths? Hypocausts? 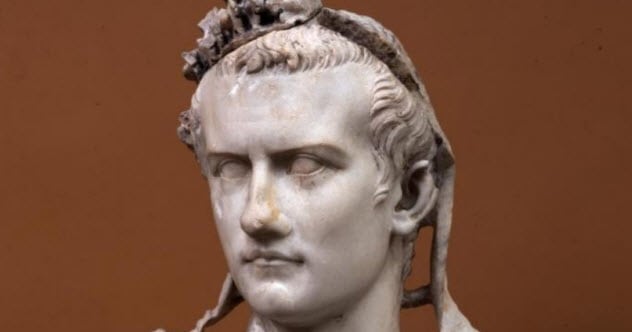 According to the historian Suetonius, Emperor Caligula adored his horse Incitatus. In fact, he loved that animal so much that he named the steed as a member of the Senate.

Well, many scholars have argued that this was done to insult and humiliate senators and other elites. Caligula’s relatively brief reign was characterized by a feud between himself and the Roman Senate and efforts by the emperor to enhance his power within the empire. By bestowing a high public office on his horse, Caligula made it clear to his underlings that their work was so meaningless that an animal could do it.

3 The Romans Worshiped Gods Of Excrement 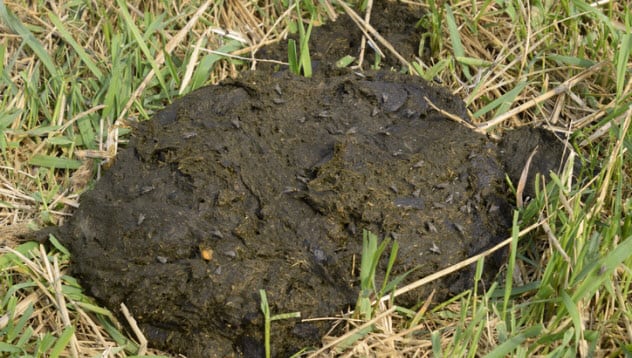 Sterculius was the Roman god of manure and fertilizer. He was merely one of a seemingly countless number of god-spirits that early Romans believed had to be bribed and worshiped if all aspects of life were to proceed smoothly.

This included prayers to Cloacina, the sewer goddess, as well as Crepitus, the god of toilets. Cloacina was the patron goddess of the main drain of the city of Rome, which was known as the Cloaca Maxima.[8]

The Romans came to regard Cloacina in a variety of other ways. For example, they eventually referred to her as the goddess of purity, the goddess of filth, and the protector of sexual intercourse in marriage. Over the ages, she came to be affiliated with Venus, the goddess of beauty and love, and gradually became known to many as the Venus Cloacina.

2 Handful Of Women Were Accused Of Mass Murder By Poisoning 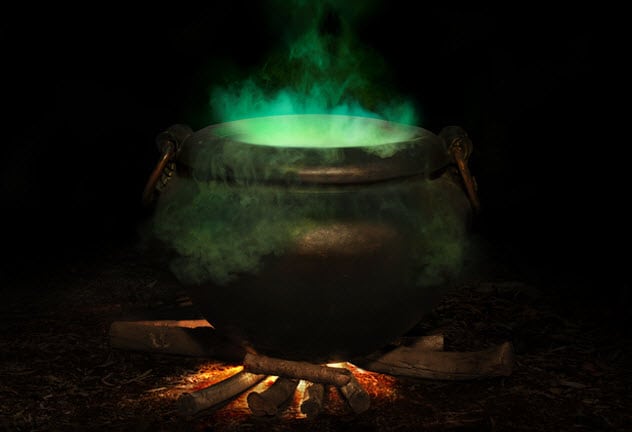 The subject of poisons and poisoning is often broached in Roman literature. The crime of poisoning seems to have occurred much more often in ancient than in modern times. The first record of this type of offense in Rome tells of a high mortality. Although this likely resulted from a pestilence, it was attributed to poisoning.

After many prominent citizens had perished from the same ailment, a slave girl informed the curule aediles (formal magistrates) that the sudden spike in fatalities was due to the poisons prepared and administered by the Roman matrons. Twenty matrons, including patrician ladies, were discovered in the act of brewing poisons, which they argued were salutary.

How did the authorities prove their guilt?

By forcing the women to drink their own concoctions. In the end, they all perished from their own brews. Following this, 170 more were found guilty of the same offense.

Was this some form of ancient terrorism? Who were these women, and what was their motive? Well, some argue that the deaths were caused by a pestilence, not by poisoning. Unfortunately, we may never learn the truth.[9]

1 Rome Was Ruled By A Transsexual Emperor 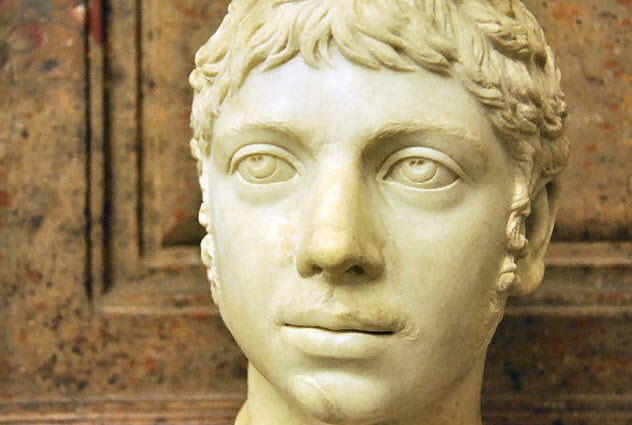 Although Emperor Elagabalus is well-known by historians, most people have never heard of him. Not surprisingly, most schools that teach ancient Roman history will avoid this subject as it features an emperor who was transsexual.

The topic of Elagabalus’s genitalia occurs often in many accounts of him. Sources maintain that Elagabalus was circumcised as required by the priestly profession. There are claims that his penis was infibulated.

Many historians today interpret this to mean that the young emperor was transsexual. Although initially supported by the Roman army, Elagabalus was despised by the powerful men of the Senate. In the end, Elagabalus was murdered and his mutilated corpse was dragged through the streets, ultimately to be tossed into the Tiber.[10]