Spies. Secret agents. Experts of espionage. These exciting and elusive characters have been sparking intrigue in the hearts of us average citizens since James Bond appeared on the big screen in a cloud of mystery and a jet-black tuxedo. Stories of heroic feats accomplished by these agents of intelligence spread like wildfire, and nothing excites us more than a dangerous mission or a daring escape.

Unfortunately, modern spy mania has been focused primarily on the furtive actions of male spies, leaving some incredibly fierce female spies high and dry. Well, it’s time for these hard-core women to enter the spotlight. Here are 10 of the most notorious female spies in history. 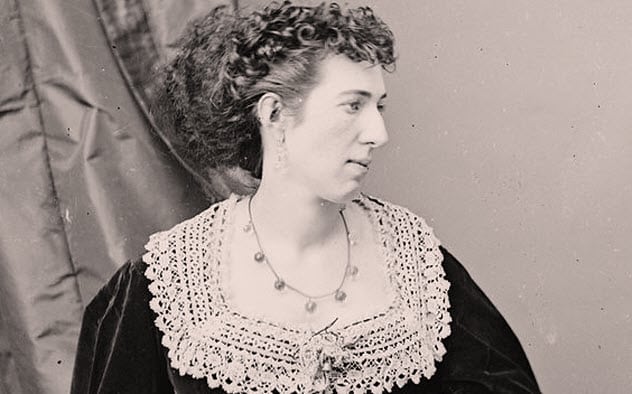 “Southern Belle” Boyd would not have considered herself a spy. However, she was essential to many of the South’s victories during the US Civil War. She gathered information about Union forces through covert means and passed it along to aid the Confederacy.

It was 1861, and the war was just beginning. At the time, Boyd was a resident of Martinsburg, Virginia. She was eager to join the efforts of the South against the North, so she got involved with the Confederacy’s fundraising efforts. However, she knew that she could do more. When Union soldiers occupied her town in 1861, she saw her chance.

Boyd took advantage of her status and conversational abilities to become close to some of the Union soldiers. Covertly, she gathered as much information as she could while maintaining her seemingly innocent persona. She would then relay this information to Confederate officers, even if it meant sneaking through enemy lines to tell General Stonewall Jackson about the opposition’s plan to burn the town’s bridges.[1]

However, recon is not all that Belle was famous for. One day, during the Union occupation of Martinsburg, a Union soldier attempted to raise a flag over the home of Boyd and her mother. After Boyd denied the men access to her home, one rowdy soldier attempted to force his way into the residence. He did not make it very far. Belle pulled out a gun and shot the man dead. Pretty hard-core, right? 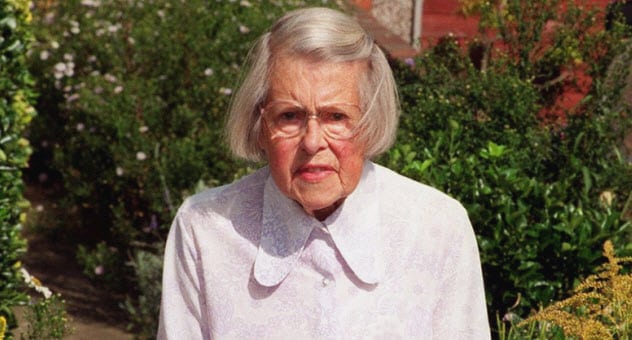 Melita Norwood was sweet and seemingly innocuous. A secretary at the British Non-Ferrous Metals Research Association (aka “the BNF”) in the 1930s, she was responsible for things such as organizing appointments and handling files. Nothing too serious.

Wondering where the spy part comes in? Here it is.

The BNF was actually a cover organization for the Tube Alloys project—Britain’s nuclear weapons program. Though she lived and worked in Britain, Norwood was a Russian at heart, identifying with the Communist ideologies of the Soviet government. This sympathetic attitude eventually got her involved in the KGB. When they gave her an opportunity to help them out, she accepted.

Acting under the code name “Hola,” Norwood was directed to stick around the BNF facilities after closing and covertly remove files from the safes. She would then copy these files and give them to KGB handlers at her house (unknown to her husband). Much of this information was used to advance Russian nuclear technology.[2]

Following the discovery of her espionage efforts years later, Norwood was asked to reveal the identities of her Russian accomplices. She refused, claiming memory loss as the reason that she could not recall any of their names. 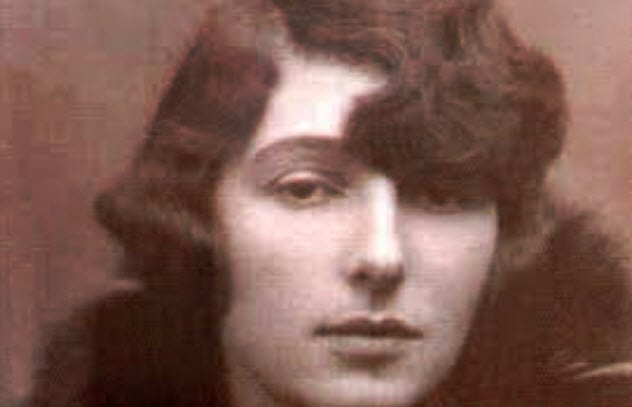 Christine Granville was a beauty queen-turned-spy. Prior to her involvement in World War II, she was a model. At the start of the war, Granville became a messenger in Nazi-occupied countries in Europe. Her job was to carry messages through Poland, delivering them to various Allied forces without detection.

This proved to be a dangerous responsibility. Granville became famous for rescuing soldiers from execution, escaping gunfire, parachuting, sewing knives into the hems of her skirts, fabricating elaborate stories to get out of tight spots, and charming guards and guard dogs alike. One story tells of how she escaped Nazi police forces by biting her tongue and pretending she was dying of tuberculosis.

Granville also used her beauty as an asset, charming various lovers throughout her lengthy career in espionage. She quickly found the eyes of Winston Churchill, who would later make her a member of his personal espionage unit under the code name “Willing” (a hint at Granville’s sexy and exciting personality).

It is even rumored that Granville was the inspiration behind the female lead in the James Bond novel Casino Royale. Alas, Christine was murdered by a crazy ex-lover in London toward the end of her career.[3] 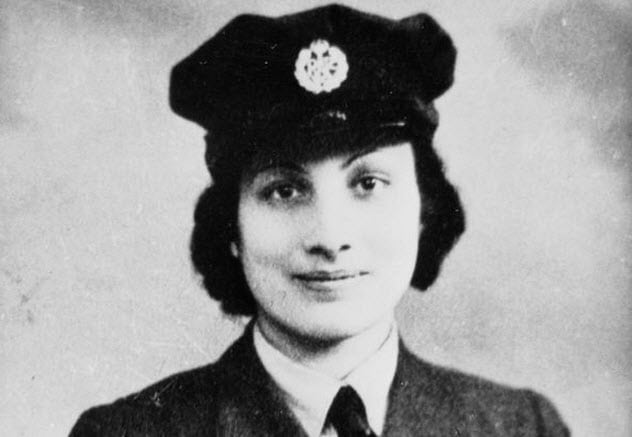 The first female radio operator and the first British-Indian spy. Yes, you read that right. Noor Inayat Khan was a groundbreaking woman. She was hired by the “Prosper” resistance movement in Paris during World War II under the code name “Madeleine.”

The movement’s leaders initially questioned whether Khan could get the job done, but their fears were quickly allayed. While many other members of the resistance were arrested, Khan avoided capture time and time again, frequently relocating and remaining in constant communication with London.

Unfortunately, Khan’s long and successful career as a spy ended when she was exposed by a local Frenchwoman who discovered her identity. Khan was quickly arrested by the Gestapo, who used her personal documents of secret signals and codes to trick London into sending new agents. The Gestapo then captured these agents as well.[4]

After an attempted escape, Khan was placed in solitary confinement and tortured for information. However, she refused to reveal anything, eventually dying at the hands of the Nazi police. What a woman. 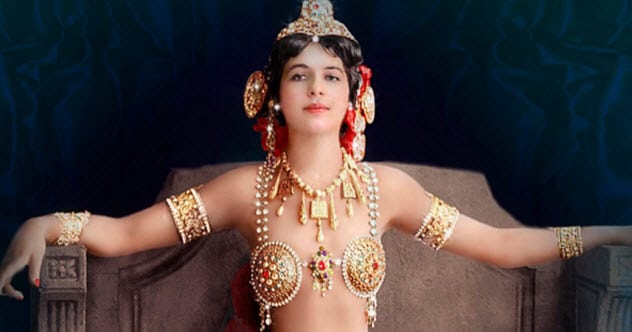 Mata Hari was a spy disguised as an exotic Asian dancer. Cool, right?

She was famous for touring Europe, performing a series of strip shows in which she would make up elaborate stories about her youth. To some audiences, she was born in a sacred Indian temple. To others, she was taught to dance by Indian priestesses.

Mata Hari’s seductive nature and boisterous personality gave her the perfect cover for espionage. Thus, at the outbreak of World War I, she became a messenger and courier for the Allies’ opposition.

Mata Hari was famous for making lovers out of high-ranking military officials from different countries, allegedly coaxing them to reveal details about weapons and strikes. She would relay these details to the opposition, resulting in the deaths of thousands of people. However, some people have speculated in the 21st century that her effectiveness as a spy was overstated. Or that she may not have been a spy at all.

During her lifetime, Mata Hari was also suspected of being a double agent. But before her status could be revealed, she was discovered by the Allies and sentenced to death. A French firing squad killed her outside Paris in 1917—a dramatic end to a dramatic career.[5] 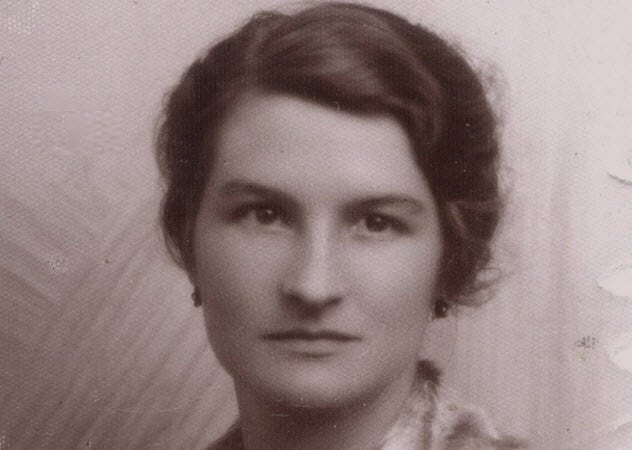 Virginia Hall, an American spy with the British Special Operations Executive, was as tough as they come. She also worked for the American Office of Strategic Services during World War II and later for the CIA.

While on a hunting trip in Turkey, Hall lost her leg to a gun accident. After her leg was amputated, she named its wooden replacement “Cuthbert.”

She led networks of agents in various tasks throughout her career, rescued prisoners of war, and recruited hundreds of spies to work against the Nazis (who referred to her as the “limping lady”). Using her wit to remain one step ahead of the Nazis at all times, Hall served as an infuriating roadblock to many of their operations.[6]

Hall became the only civilian woman to receive the Distinguished Service Cross. 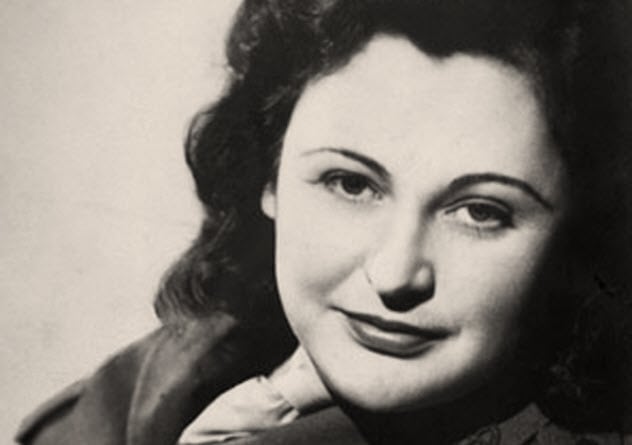 Nancy Wake was not your average journalist. After a childhood in poverty (mostly in Australia), she worked as a journalist and then rose to become a hostess in high-society France by marrying a wealthy French industrialist. Wake saw the destruction and abuse caused by the Nazis firsthand, and she longed to do something about it.

She joined the French Resistance at the beginning of World War II, quickly becoming a heroine of the movement. Her successes included establishing communication between the British military and the French Resistance, saving Allied lives by secretly escorting them through France to Spain, and collecting and storing weapons for the advance of the Allies.

She was often credited with executing German spies, and it is even rumored that Wake once killed a German soldier with her bare hands. These daring feats gained her the nickname the “White Mouse.” For try as they might, the Nazis could never get their hands on her.[7] 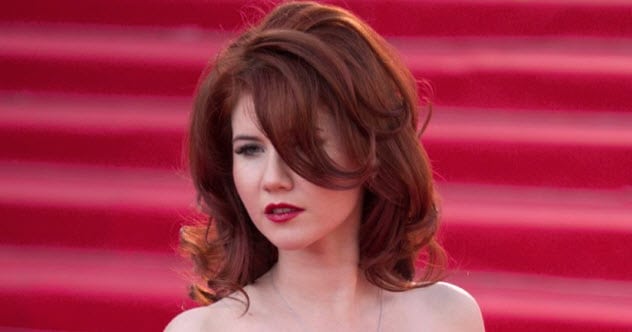 Anna Chapman is one of the more famous modern spies. Part of a spy ring devoted to Russia, she spent years in the United States while attempting to glean information of any kind that might be useful to the Russian government.

She was popularly accused of attempting to seduce the NSA whistle-blower Edward Snowden in an effort to keep him in Russia for questioning. Chapman hoped to marry him, lock him in Russia, and snatch American secrets from his brain. Intense, right?

But get this: Chapman was also a famous model. She would often use her status to learn covert information and gain access to government secrets. In 2010, she was finally arrested in New York City and deported after pleading guilty to conspiracy charges.[8] 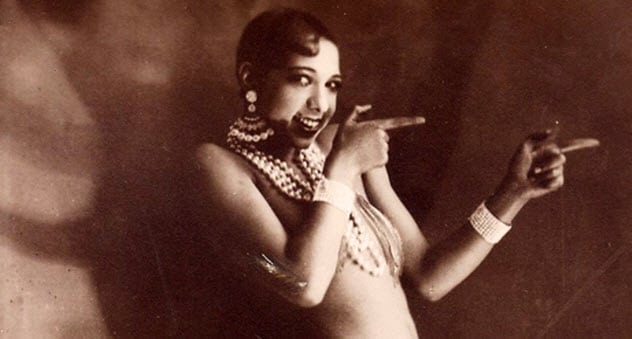 Josephine Baker is just straight-up cool. Most famous for being both a singer and a dancer, she became wildly popular in the 1920s. Baker was into all things exotic—performing songs, dances, and even comedic skits wearing nothing but a feather skirt. As you might assume, she quickly became one of Europe’s most popular and highly paid performers, eventually even going on Broadway.

However, most people don’t know that Baker was also a spy.[9] She worked for the French Resistance during World War II, smuggling messages by hiding them in her sheet music and sometimes even in her underwear. For her work, Baker received French military honors. 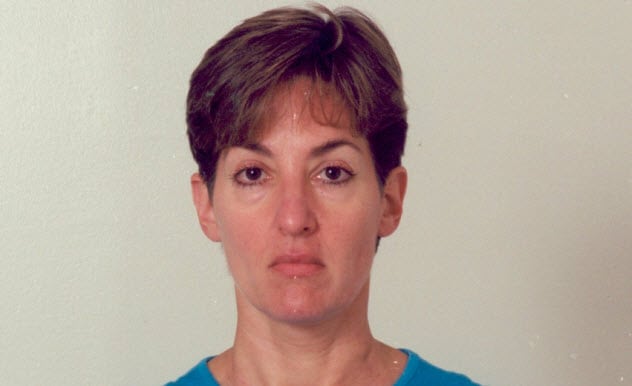 Ana Montes, a famous spy for the Cuban government, began working for the US with the Defense Intelligence Agency in 1985. She was often referred to as an expert on all things Cuba. As she openly disagreed with US foreign policy, it was not long before Cuban officials reached out to Montes and persuaded her to do some work for them.

She was the perfect woman for the job. Not only did Montes have access to government secrets (specifically the Afghanistan invasion), she also possessed a photographic memory. This made it easy for her to memorize documents and encrypted files and recite them to her handlers later.

When her colleagues grew suspicious, Montes agreed to take a polygraph test to prove her allegiance to the US. She passed. She would go on working covertly for the Cuban government for a few more years until the FBI was able to build up a substantial case against her. In 2002, she pleaded guilty to spying and received a 25-year prison sentence.[10] Her tentative release date is 2023.

Read more intriguing stories about female spies on 10 Real Honeypot Operations That Played Out Like Spy Thrillers and 10 Intriguing Female Spies You Might Not Know.