Beer—the ice-cold, hoppy, golden mug of deliciousness that serves as a universal symbol of happiness. It is the one true artifact that binds all of humanity together, as it is the only thing prevalent in some form in all cultures that has truly survived the test of time.

Flavor, satisfaction, hops, molasses, and yeast are not the only thing the beautiful beverage is full of, however. It is also chock full of history. While a lot of beer history is fairly well-known, there are still a myriad of fun facts that remain hidden from the casual beer buff. From beer worshipers to healthy diets and George Washington’s legendary liver, here are ten fun facts every beer drinker needs to know.

10 There Is A Goddess Of Beer 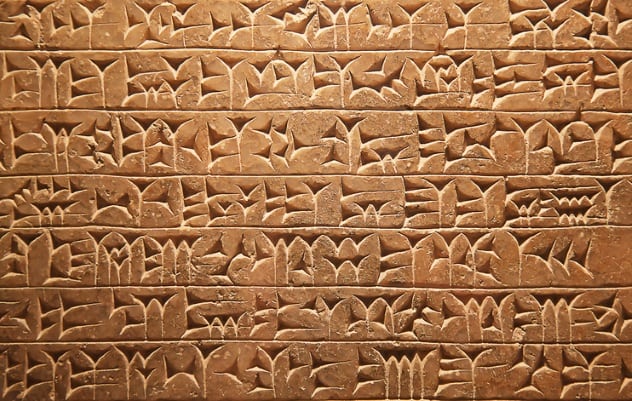 Yes, you read that right. Way back in ancient Mesopotamia, beer was regularly brewed, according to researchers. Since worshiping of various deities was common during that time, it would make sense that there would be a god or goddess for almost everything. The goddess of beer was called Nin-kasi (also spelled Ninkasi).[1]

Researchers have uncovered a great many ancient texts from Mesopotamia, many of which mention making, brewing, and drinking beer numerous times, so it stands to reason that she was an extremely popular goddess. Unfortunately, no visual representations (drawings, statues, etc.) have ever been recovered to give a face to the giver of sweet, hoppy nectar into this world. However, I’m sure if you put on your beer goggles and look at the closest girl to you, you’ll get an idea as to what she looks like.

9 There Is An Actual Reason We Call It ‘Beer’ 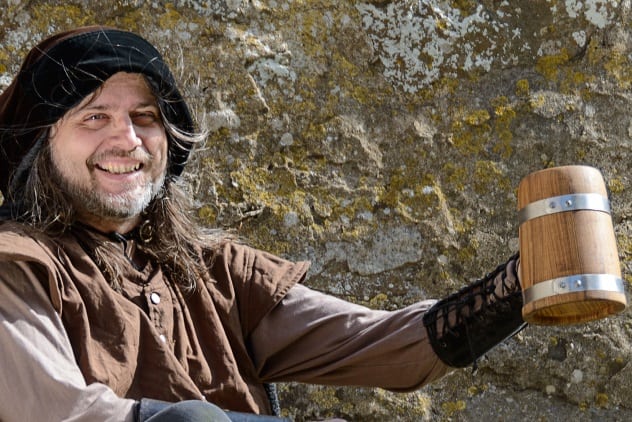 There was also a time when we didn’t refer to beer as “beer” at all. In fact, at the conclusion of the Norman conquest of England, “beer” fell completely out of the Old English vocabulary, mainly because the word “ale” was also used commonly during that time and essentially just replaced “beer” in the common language.[2]

The word “beer” itself is thought to be derived from the Latin bibere, which means “to drink.” However, there is a competing theory that suggests “beer” comes from the proto-Germanic word beuwoz, which translates to “barley.” The Italians, the Dutch, the Germans, and the French all had words that sounded similar to “beer.” So while we can’t agree on where exactly the word comes from, we can at least agree that beer is a delicious and sacred beverage. 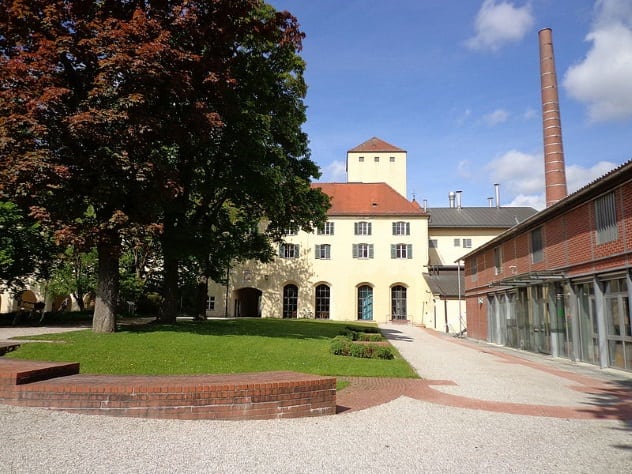 Like any good origin story, however, there is noted controversy, as a nearby brewery in Waltenburg started brewing its beer just ten years later but claims that they were, in fact, the first brewers to produce beer in the area. Regardless, we know that the first brewery was in Germany as early as 1040, which means that beer has been bringing happiness to people in the area for nearly 1,000 years. 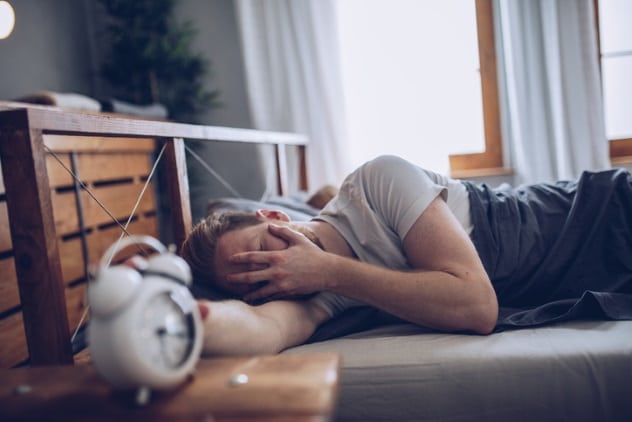 In 2015, a man from Glasgow, Scotland, walked into his local emergency room. He told the doctors that he was suffering from wavy vision and a crippling chronic headache. They ran a full battery of tests, and the results left doctors baffled. His blood pressure and body temperature were both normal. He reported that he had no memory loss, nor had he suffered any head trauma. Neural scans were ordered, but yet again, the tests came back fine.

The hospital finally called on an eye doctor, assuming that his eyes were where the problem lay. Upon examination, the eye doctor ruled the man’s condition a hangover on account of swollen optical discs and bleeding nerve fibers, which are telltale signs of a hangover. When the man was informed of his diagnosis, he confessed to the medical staff that he had consumed 60 pints of beer over four days. That’s 28.4 liters (7.5 gal) of beer! The man ended up being just fine but required six months of treatment to fully rid himself of the effects.[4]

6 Germany Has A ‘Beer Purity Law’ 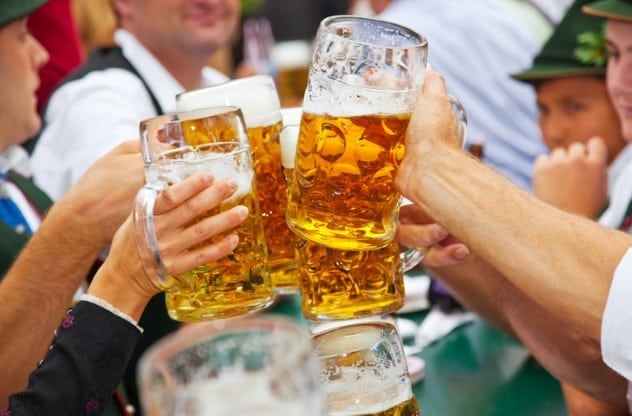 It’s called the Reinheitsgebot, and in 2016, it turned 500 years old. In 1516, the Bavarian council banned the making of beer with anything except for hops, water, and barley. Eventually, yeast was added to this list in the 17th century after its discovery. History tells us that the rule was originally enacted to keep breweries from squandering large quantities of wheat and rye, as they were scarce and precious commodities during that time. However, as time marched on, many German breweries continued to honor that tradition.[5]

To this day, a large portion of German breweries abide by the Reinheitsgebot. What once started as a simple means of portion control has evolved over centuries to become a national symbol of pride. It’s hard to believe that such delicious beer comes from just a simple quartet of ingredients, brewed with a little German swagger.

5 Beer Is Actually Good For You 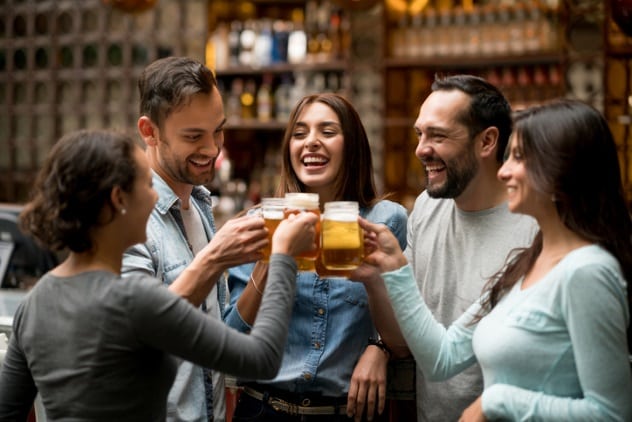 The dream argument for every college kid in America. It’s always been a whisper of a rumor, kind of a joke among peers: “Beer is good for you.” What a shock to find out that statement is, in fact, actually true. According to researchers from the University of Western Ontario, beer contains polyphenols, which are compounds that contain hypotensive, anticoagulant, antioxidant, anti-inflammatory, and even anticarcinogenic properties.[6] This shouldn’t come as much of a surprise, as history is loaded with instances of fermented products being used in medicine, but there’s just something about a bunch of geniuses in lab coats openly declaring the health benefits of beer that gives it a new validity.

Now, before you go off and buy a 30-rack of PBR and celebrate, it should also be noted that these same scientists also say that excessive or binge drinking has negative effects on the body. This is on account of the excess ethanol that you’d be flooding your body with, which has well-documented negative medical effects. But at least when you’re 40 and sitting on the front porch sipping a couple beers and admiring their flavor, you can say it’s for your health rather than their “buzz factor.”

4 The ‘Honeymoon’ Was Named After Beer 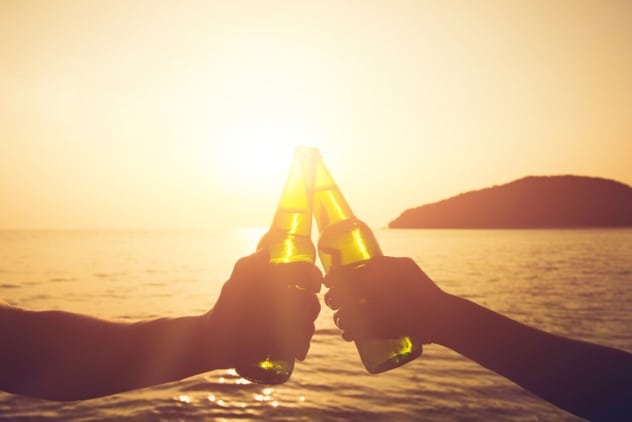 Yes, the most romantic part of getting married actually has ties to beer, one of the things that causes couples to fight the most. Oh, the irony. Contrary to what you are thinking, this has nothing to do with needing to drink to deal with the fact that you just contractually signed your life away to another person, as fitting as that may be. The truth, in fact, is quite literal.

In the fifth century, it was customary in a number of cultures for guests to bring mead, which is essentially honey beer, for the couple to drink together. It was believed to have properties that helped with conception, and the couple would drink it on their first night, or “moon,” together, hence the term “honeymoon.”[7]

3 George Washington Was A Beer Lover 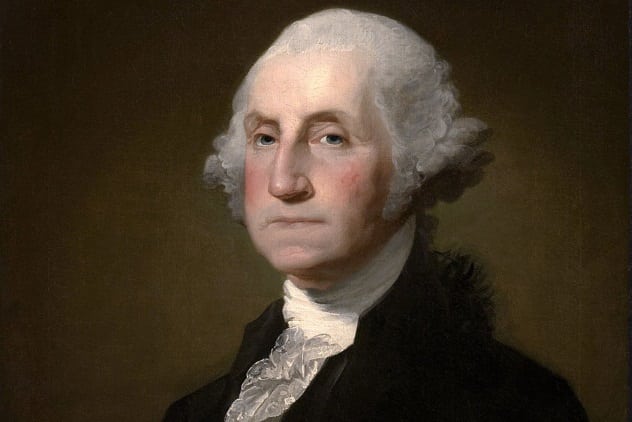 If this doesn’t surprise you, it should. During Washington’s era, spirits were much more popular than beer. It is recorded in history that on the very day in 1783 that the British evacuated New York, George Washington went to a local pub called Old Bulls Head Tavern and casually sipped a beer.

Washington was particularly fond of dark English porter ale. (Unfortunately, this style of ale decreased in availability when the British fled.) Before the start of the Revolutionary War, Washington was a regular customer of Robert Hare, a recently immigrated English brewmaster. In 1774, Washington, Hare, and a third Partner (J. Warren) began making what is considered to be the first American-made porter.[8]

Washington also dabbled in some brewing of his own and actually had his own personal beer recipe. Though it was not for a porter, the combination of bran hops, molasses, and yeast is an unmistakable beer brew combination. With his infamous slave-pulled teeth and iron liver, the legend of George Washington looms large in the landscape of American history.

2 Watering Down Beer Was Once Punishable By Death 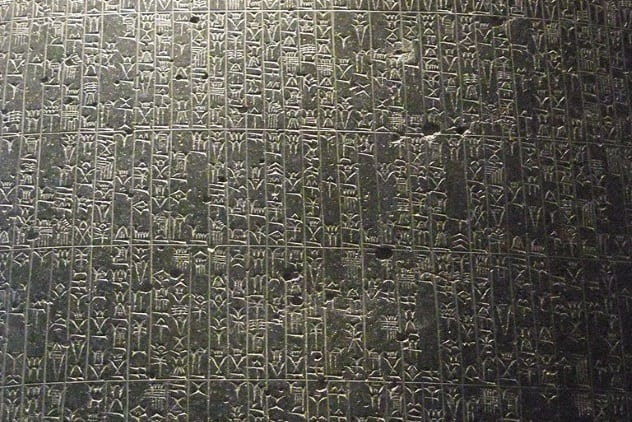 In ancient Babylon, there was an extremely harsh ruler named Hammurabi. He enforced a very strict set of rules which is now commonly known as the Code of Hammurabi. Back in this time period, it was very common to see beer brewers and tavern owners watering down their beer or making beer with improper grains in order to make extra money from unsuspecting patrons. Hammurabi, however, would have none of this defiling of such a precious commodity and passed a law forbidding watering down or tampering with beer. The penalty for violating this law would be death.[9]

It wouldn’t just some be boring hanging for the execution, though; oh no. The law dictated that the offending party be drowned in their own subpar product. Some may see that as harsh, but being drowned to death in beer doesn’t seem like an awful way to go. 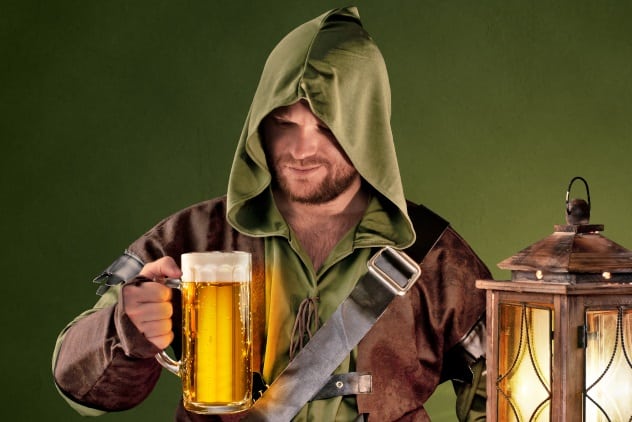 Beer for breakfast was actually once a common thing. In England, before the 1800s, coffee and tea, the type of morning drinks that give you that “pick-me-up,” were hard to come by for most people. In lieu of this, they used beer, because, why not?[10]

On top of that, beer was considered to be very healthy back then. It did deliver much-needed carbs, after all. It was essentially the medieval equivalent to a “balanced breakfast.”

Eric is a 29-year-old consultant and author residing in Maine.

Read more frothy facts about beer on 10 Monumental Moments In The History Of Beer and 10 Important Advances Made Because Of Beer.