Businesses have only one goal: profits. And they will usually go to any length to get them, even if it means tricking their customers or using gray zone tactics that are neither legal nor illegal.

Big businesses have several secrets they do not want us to know. Obviously, we will spend less money on their products or even stop purchasing them altogether when we discover their tricks. However, we dug in and uncovered 10 of these secrets. 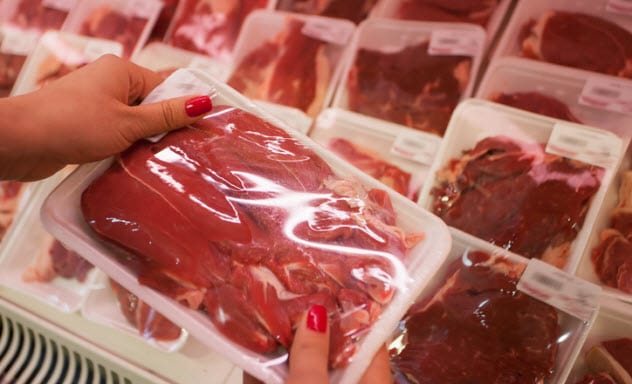 Do you consider the redness of meat an indication of its freshness?

Well! Redness does not always equate to freshness. Supermarkets usually blast their meat with carbon monoxide—the same deadly gas released in car exhaust—to make it red. And that meat will remain red even when it is spoiled.

Meat naturally turns brown or gray a few days after it is cut. To prevent this, the meat industry invented modified atmosphere packaging (MAP). They expose the meat to carbon monoxide before putting it in the MAP packages. This allows the meat to remain fresh for up to a year. Seventy percent of meat sold in stores in the US is treated with MAP.[1] 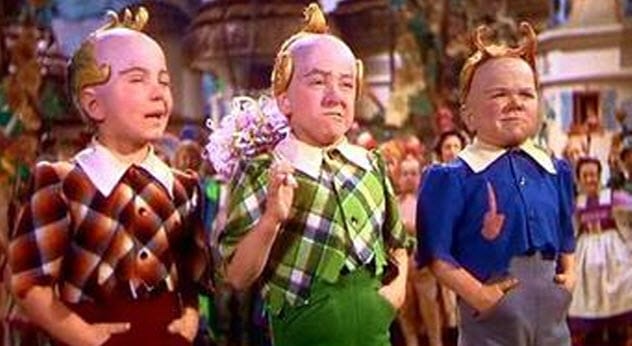 Cable television networks have been secretly speeding up television shows to allow more commercials. They do this for two reasons. First, they need to show more ads to make more money because television advertisements are becoming cheaper. The other reason is to meet the viewership deals they made with advertisers.

The increase in speed is barely visible to viewers. A 30-minute film could be sped up by just two minutes. While it seems trivial, advertisers will dole out up to $68,000 for those precious minutes.

However, people affiliated with the shows will sometimes notice the acceleration. Actress Courtney Cox observed that Friends had been sped up when she noticed that her voice sounded different in the series.[2] Author Stephen Cox, who wrote a book based on The Wizard of Oz movie, realized that the speed of the film was accelerated when he observed that the Munchkins spoke faster.

8 Third-Party Inks Are As Good As Manufacturer Inks 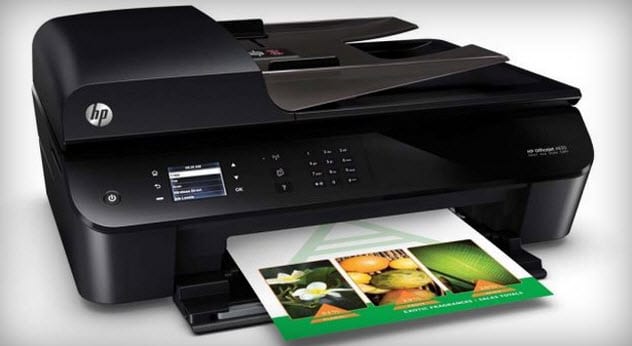 Top printer manufacturers like HP and Epson are more involved in the ink business than the printer business. They sell their printers at a loss and depend on their inks for profit. Third-party ink manufacturers do not sell printers, so they can sell their inks up to 90 percent cheaper.

Some printer manufacturers like HP have more radical solutions to force their customers to use their cartridges. They programmed their printers to stop working when they detect that a third-party cartridge has been installed. An on-screen message advises the user to use HP ink.[3] 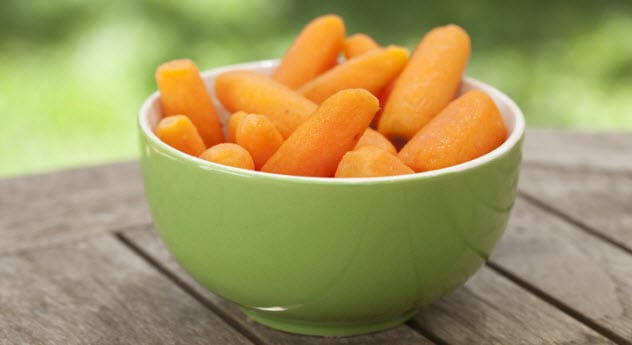 Baby carrots are the Disney characters of the carrot world. These veggies are small, rounded, and peeled. They also have that stunning orange color. Unlike larger carrots, baby carrots are considered ready to eat. Most baby carrot lovers do not know that baby carrots are just regular carrots trimmed into small sizes.

The first baby carrot was made in the 1980s when Mike Yurosek trimmed some of his broken carrots into smaller sizes. At the time, carrot farmers disposed of 70 percent of their carrots because they were broken or had unappealing shapes. Not willing to lose more revenue, Yurosek used a potato peeler to trim the deformed carrots for sale. They were a success.[4]

Nowadays, farmers deliberately plant carrots for baby carrots. They harvest the vegetables before they are fully matured and trim them into smaller sizes. They will usually wash the carrots with chlorine before rinsing them in water and packaging them for sale. Farms say the chlorine is necessary to kill bacteria like E. coli. However, people have protested against the use of chlorine in food.

6 Several Companies Deliberately Sabotage Their Products So You Will Upgrade 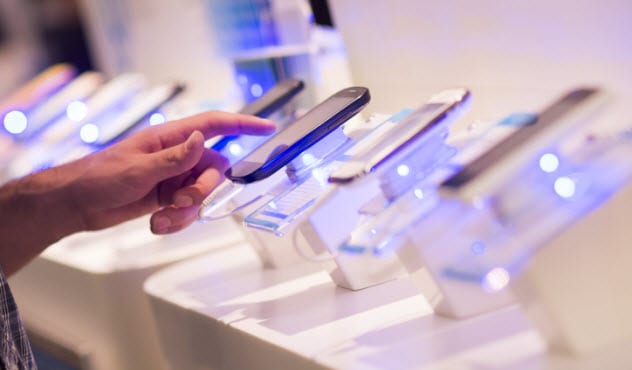 “Planned obsolescence” is that term that you have probably never heard of. It refers to the deliberate sabotage of a product by its manufacturer. It is a gray area exploited by manufacturers to force you to upgrade to a newer version of their product.[5]

Apple was in the news last year when it was accused of slowing down older iPhones to force users to buy newer models. Apple is not the only guilty company. It just happened to be the only one that has been caught. Planned obsolescence happens in one of two ways. Mobile phone companies like Apple can secretly add a rogue code to their software updates.

Companies that do not provide updates will usually sabotage the product during manufacturing. They use poor quality materials in some parts of the product so that it will break down after a few years. Carmakers are very guilty of this, which is the reason they release new models of their vehicles every year.

Interestingly, planned obsolescence is not illegal in the United States. However, it is illegal in France, where Apple could be fined if found guilty of slowing down older iPhones to force users to upgrade. Apple workers involved in the scheme may also earn jail terms.

5 Prescription Pet Food Is A Scam 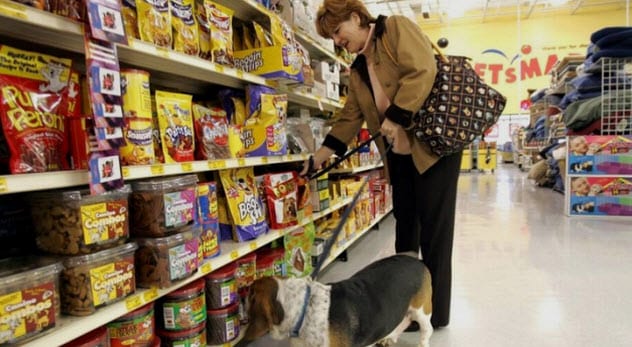 The only reason people buy these foods is because veterinarians prescribe them. However, vets only prescribe them because the pet food makers told them to. Prescription pet foods are not readily available in stores in order to make them seem like drugs so that they can be sold at a premium.

Prescription pet foods do not contain any drugs even though manufacturers and veterinarians make it seem like they do. These products only have higher-than-usual (or lower-than-usual) amounts of compounds like protein or sodium, depending on the condition they are used to “treat.”

4 Gluten-Free Is Also A Scam 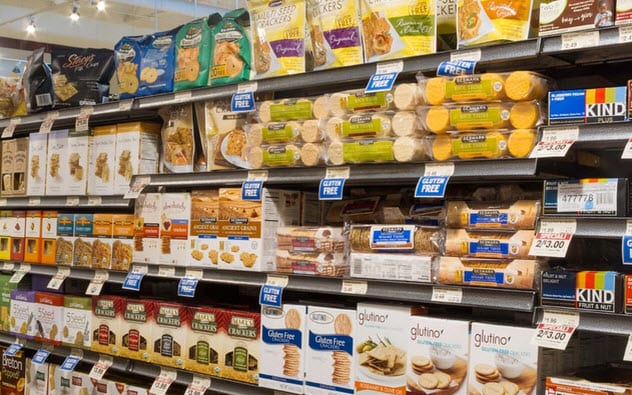 Health practitioners, businesses, and everyone else in between has learned to be more creative and fraudulent in their marketing tactics ever since people became more conscious about their health. Gluten-free foods are one of the latest scams out there. The fact that carbohydrates like bread have suffered a drop in sales while their so-called gluten-free versions have seen an increase means that lots of people are falling for the scam.

These days, bakeries, confectioners, and stores have a gluten-free version of almost every product under the Sun. This includes foods that do not even contain gluten. Someone took the gluten-free madness a bit further and created a gluten-free dating site. You know, in case you only want a relationship with someone who is also gluten-free.

The gluten-free industry that has sprung up within the last few years is a scam. Gluten has no effect on most people. The only people who need gluten-free foods are people affected by celiac disease, a medical disorder that causes the body’s immune system to attack gluten. Only 1 in every 100 people suffer from celiac disease, and they were the ones who originally got gluten-free prescriptions.[7] 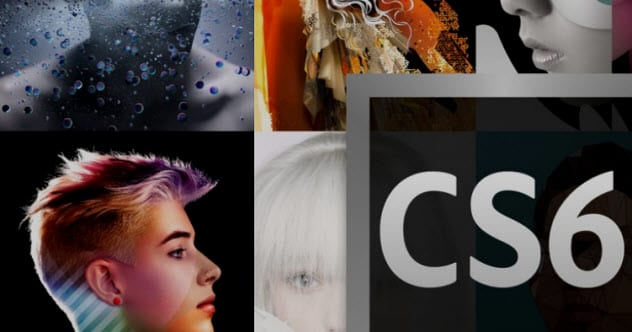 US-made software is so expensive in Australia that it is cheaper to fly to Los Angeles to buy certain software than to buy it in Australia. In 2013, Adobe and Microsoft software products cost 42 and 66 percent more, respectively. Hardware was 46 percent more.

Besides boxed software, similar downloadable and subscription products were also more expensive in Australia. In 2013, Adobe Creative Cloud suite cost $62.99 a month in Australia. In the US, it was $49.99. This price disparity was true of subscriptions to single Adobe programs, too.[8]

Eventually, Adobe reduced its prices to be on a par with US prices after the Australian government started an investigation. 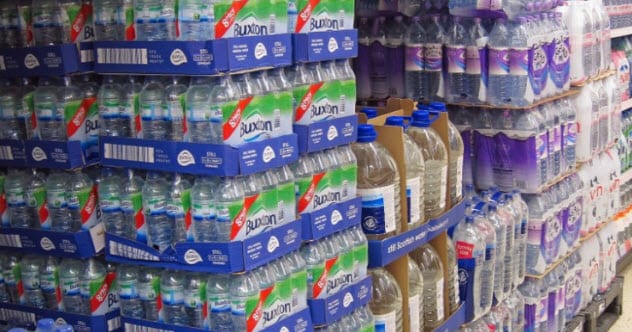 Half of the bottled water sold in the United States is regular tap water. It’s just filtered. Fluoride is removed during filtration, leaving consumers of bottled water at risk of tooth decay. The removal of fluoride from bottled water is one of the reasons that some say tap water is better than bottled water.

Tap water is more regulated than bottled water. For instance, the US Environmental Protection Agency requires that fluoride be added to tap water. However, no agency demands that it be added to bottled water.[9]

Bottled water manufacturers are also fond of promoting their products with meaningless words like “mountain water” and ‘”glacier water.” 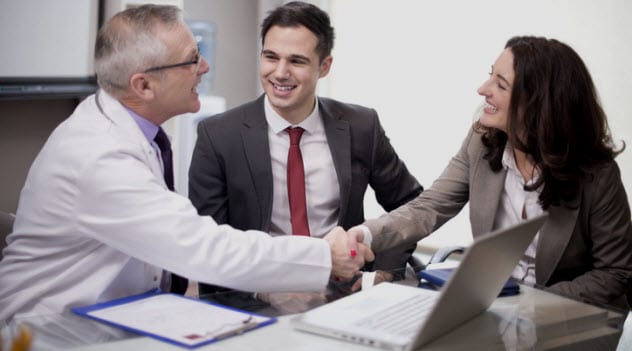 In 2002, the Pharmaceutical Research and Manufacturers of America moved in to regulate the industry. Nowadays, drug companies are forbidden from putting physicians on retainers. These firms can only take doctors on educational trips and cannot give them gifts over $100. However, they are allowed to pay physicians for consulting arrangements.

To promote transparency between doctors and pharmaceutical companies, the US government created the Open Payments Search Tool. Patients can input the names of their physicians into the website to find out if these doctors have received money from any drug company. You can access the website here.[10]

Read about more shockingly unethical actions that businesses don’t want you to know about on Top 10 Unethical Business Actions and 10 Shocking Facts About Multilevel Marketing Schemes.