After the figurative fireworks of last week’s roundup, this week saw a cluster of very literal explosions ripping their way through the headlines. Bombs in Colombia, Afghanistan, and Northern Ireland were joined by a pipeline blast in Mexico that resulted in mass tragedy. Explosions aside, there were shootings and riots, plus some very controversial legal decisions. It’s been a rough week. 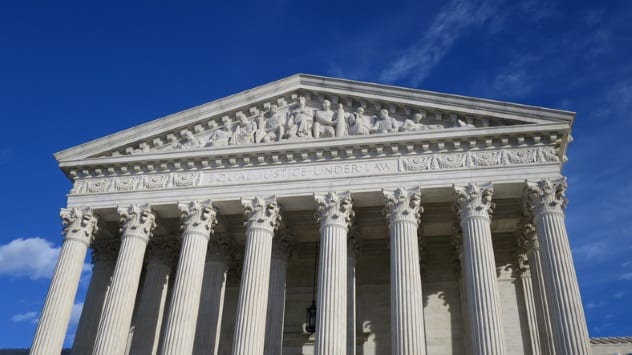 In the last months of his presidency, Barack Obama issued a groundbreaking order. After decades of exclusion, openly transgender people were suddenly allowed to serve in the US military. Although precise numbers are hard to quantify, the RAND corporation estimates that between 1,320 and 6,630 transgender people took advantage of the ruling that very year.

Fast-forward to July 2017. In a surprise announcement on Twitter, President Trump declared that transgender people would no longer be allowed to serve in the military in any capacity. Although the actual ban wound up being more lenient than that, it was still blocked from going into effect by lower courts while legal challenges were heard.

This week, that lower court order was overturned by the Supreme Court. While the justices declined to hear the case itself, they allowed the ban to take effect in the interim. The transgender ban is now effectively in place.[1]

The ban does not affect service members who took advantage of the Obama-era laws and are currently serving openly. It also only bans trans people who have begun transitioning. Still, the ruling was seen as a blow by left-wing groups. For what it’s worth, it feels a little like this new law is simply the “Don’t Ask, Don’t Tell” of this era, with all that implies. 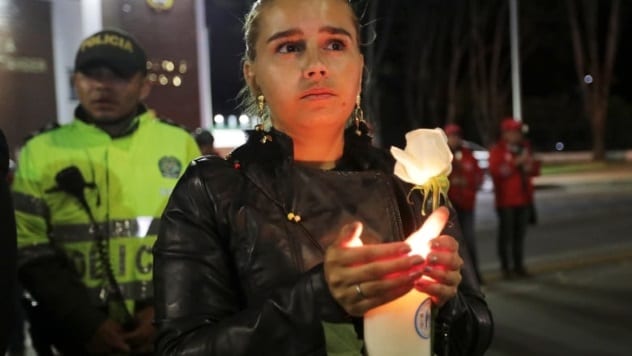 Last Thursday morning, a car rammed through the gates of a police academy in Bogota’s southern districts before detonating in the middle of a graduation ceremony. Twenty police cadets were killed in the explosion, and another 68 were injured. It was the single deadliest bomb attack the Colombian capital had seen in 16 years.

During the days of the Medellin cartel and the war against the now-demobilized Marxist guerilla group FARC, car bombs were a sadly common occurrence in Bogota. But the last decade and a half had seen the city reach a level of stability greater than many other Latin American capitals. The attack raised the worrying specter of a return to the darkest times of the civil war.

On Monday, left-wing rebels ELN finally claimed responsibility for the blast.[2] Previously seen as FARC’s little brother (although they formed around the same time, ELN only ever had a fraction of the followers), ELN have become a force to be reckoned with since FARC disarmed in 2016. Not too long ago, it looked like they were going to lay down their arms alongside FARC. Now, it appears they’ve chosen the path of violence. The Taliban currently control half of Afghanistan. If you need further proof that the 2001 invasion yielded very few concrete results, this is it. As their strength has grown, so has their confidence. Just last year, a bomb hidden in an ambulance killed over 100 civilians in Kabul.

This year, it seems the Taliban were determined to outdo even that. On Monday, an armored truck drove into a national security service (NDS) compound in Maidan Shar. It detonated in a gigantic explosion, which was followed up by gunmen attacking the base. We still don’t know how many died in the massacre. NDS reports 36 killed, while officials in Kabul have put the total number of dead at over 100.[3]

Whatever the true toll, the attack is a huge blow to a national government that seems on the brink of collapse. The Taliban now appear stronger than ever, and it seems likely that such attacks will continue. 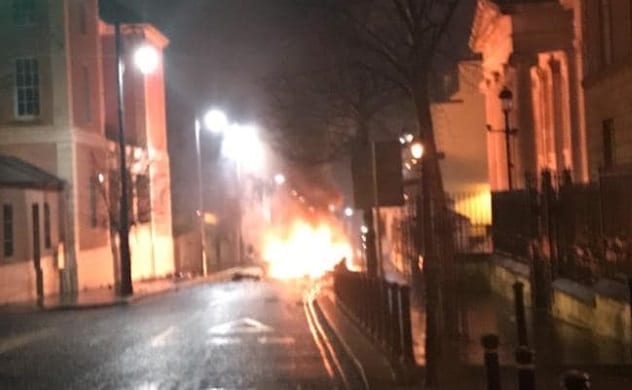 We told you it has been an explosive week, didn’t we? Three entries into our list of explosions across four different continents, and we’re still not done.

Thankfully, though, the death toll was nonexistent in this case. On Saturday night, a car was parked outside the courthouse in Derry/Londonderry, Northern Ireland. Not long after, it exploded in a ball of fire, sending debris spinning through the air. The blast itself came at an incredibly lucky time. A group of young people had walked right past the car barely a minute before it exploded.[4]

Although the attempted attack claimed no lives, it was still worrying. Car bombs have become a rarity in Northern Ireland since the Good Friday Agreement in 1998. However, the suspension of the government at Stormont, not to mention the fear of a hard border returning between Northern Ireland and Ireland post-Brexit, have stirred up divisions again.

Police have blamed the attack on the New IRA. Here’s hoping this isn’t just the opening salvo in a new terrorist campaign.

6 A Pipeline Explosion In Mexico Killed Over 90 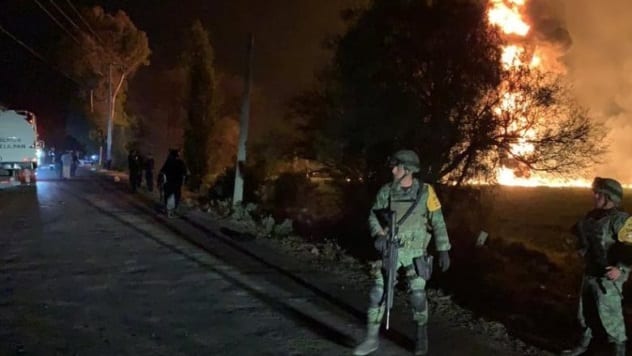 Last Friday night, residents of Tlahuelilpan in the state of Hidalgo in Mexico watched as a gigantic fireball lit up the sky above their town. The blast was the result of a ruptured fuel pipe being ignited. But while most of us would react to the words “ruptured fuel pipe” by running for cover, in poor parts of Mexico, the opposite happens. With five liters of fuel costing the same as a day’s work, the residents of Tlahuelilpan ran toward the leak, jerry cans in hand.

As a result, when the leak went up, it was surrounded by people. Ninety-eight were killed in the inferno, with another 48 currently in the hospital. It seems likely that the death toll will rise.[5]

5 Yet Another Mass Shooting Struck Florida 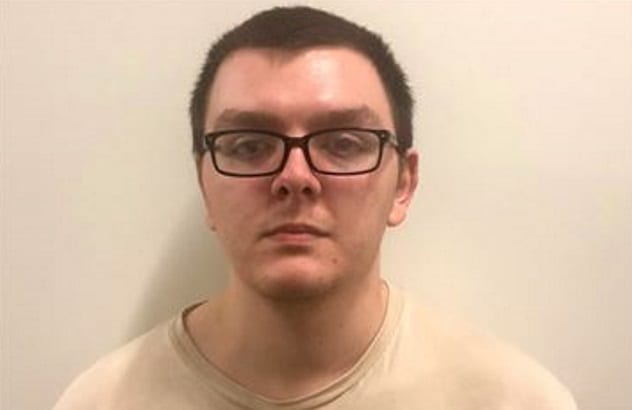 Another January, another American mass shooting. In other countries, the news that a man had walked into a bank and opened fire, killing five people at random, would make headlines. In a US that’s become accustomed to mass shootings with death tolls in double figures, it barely made “in other news . . . ”

So, for what it’s worth, here’s our entry to commemorate those who died on Wednesday. Just after noon, 21-year-old former prison guard trainee Zephen Xaver entered the SunTrust Bank in Sebring. He killed five people before barricading himself inside. After a brief battle with a SWAT team, he was arrested.[6]

Xaver’s motive (if he even had one) is currently unknown, but it still says something that he was able to pull off this brazen attack with minimal effort. It says something else that this attack was barely noticed by the press. It’s been 14 months since Zimbabwean dictator Robert Mugabe was ousted in a coup. By now, the sense of euphoria that accompanied the nearly bloodless transition has almost completely dissipated.

New president Emmerson Mnangagwa—once a close associate of Mugabe—likely rigged elections last year to stay in power, and when people protested, he took a leaf out of Mugabe’s book and cracked down hard. In the months since, the economy has been in freefall, as outsiders refuse to invest in the unstable nation. And now this. Following a 150-percent hike in fuel prices, people took to the streets to demonstrate. Mnangagwa responded by sending in the army.[4]

We know for a fact that 12 people have been killed so far. Rights groups report that many others have been systematically tortured. As one observer put it, “Zimbabwe is burning.” Mugabe may be gone, but the corrupt system he built around him very much remains. For years, Alex Salmond was one of the big beasts of British politics. The founder of the modern SNP (currently the third-largest party at Westminster) and former first minister for Scotland, he was the man who put Scottish independence on the cards, eventually leading to the referendum in 2014.

How the mighty have fallen. On Wednesday night, Salmond was arrested and charged. Court proceedings against him are now active.[8]

Before the charges became publicly known, there had been speculation that they related to an investigation of Salmond concerning alleged sexual harassment. Indeed, he stands charged of two attempted rapes, nine sexual assaults, and two indecent assaults. It’s worth pausing to consider how incredible this is. Salmond was a man who defined Scottish politics—even British politics—for a generation. To now see him in the dock is an incredible reversal of fortune. If you’re gonna go out, you might as well go out with a bang. After months of speculation that he was destined for the chop, Burkina Faso’s prime minister, Paul Kaba Thieba, managed to shock the world last Friday night by suddenly announcing his entire government’s resignation, effective immediately. When asked why, he refused to comment.[9]

It was an abrupt departure for the former economist, who’d held office since 2016. Speculation is rife that his resignation was sparked by the growing Islamist threat. Burkina Faso has seen a skyrocketing number of attacks since Thieba took office, including an attack last year on the French embassy that left 30 dead.

Christophe Joseph Marie Dabire has now taken over as Burkina Faso’s new prime minister. Here’s hoping he can do a better job at stabilizing the West African nation. 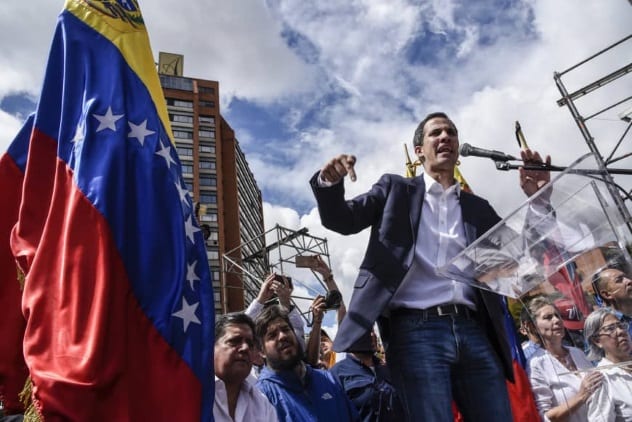 So, remember last week how we introduced you to Juan Guaido, the young leader of Venezuela’s National Assembly? We told you then how Guaido had identified a loophole in the constitution that allows for the National Assembly leader to assume the presidency should a “vacuum of power” exist. Guaido argued that Venezuelan dictator Maduro’s second term constituted such a vacuum, won as it was on the back of rigged elections. We noted how Guaido had hinted he might exploit this loophole in the near future.

Well, it seems the photogenic opposition lawmaker wasn’t just making an idle threat. This week, Guaido declared himself Venezuela’s new president. Within minutes, the US joined Brazil in recognizing him as the country’s rightful leader.[10] At time of writing, dozens of countries from Latin America, the EU, and elsewhere have followed suit, from tiny Albania to heavy hitters such as Great Britain.

In effect, Venezuela now has two presidents, both of whom are currently issuing orders. Without a doubt, things will come to a head very soon, as Guaido’s declaration forces Venezuela’s army and citizens to choose who they support. Hopefully, any transition that follows will a) be peaceful, and b) finally see the back of Maduro’s regime.