Usually, when a deliveryman comes to your door, you’re happy to see him. The vast majority of the time, he’s simply dropping off something you’ve been waiting for or maybe something you ordered while drunk and then forgot about. It’s usually a quick and painless exchange that’s not even worth remembering.

But sometimes, you end up getting something you weren’t expecting. Sometimes, the deliveryman marks the point when your day for from normal to surreal. Whether it’s fraudsters delivering head injuries or the real deal dropping off something disgusting, here are ten terrifying delivery horror stories. 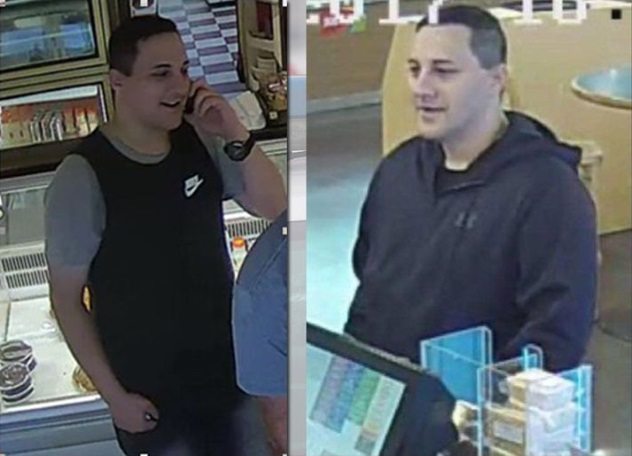 Sean Magna was from the Sud-Ouest borough of Montreal in Canada. Working as a deliveryman, Magna would deliver coffee to cafes and restaurants, making sure to always be paid in cash. If employees of the establishment had any concerns, he would simply call up their managers and confirm the order.

The only problem was that Magna wasn’t a real deliveryman.[1] When calling the managers on the phone, he would refer to them by name and pretend they knew each other. His performances were so convincing that most of the time, he got paid and left. He pulled off this stunt at least 43 times between 2007 and 2009 and was given an 18-month sentence for it. However, this grew to a seven-year sentence, as he would frequently be let out on conditional release only to violate the terms of said release.

After completing his full term in August 2017, Magna carried out his scam another 70 times before being recaptured. Magna claims the reason he carried out this fraud was to feed his addiction to gambling, which was so bad that he had to transfer to a different prison after racking up so much debt inside. He is currently incarcerated awaiting charges. 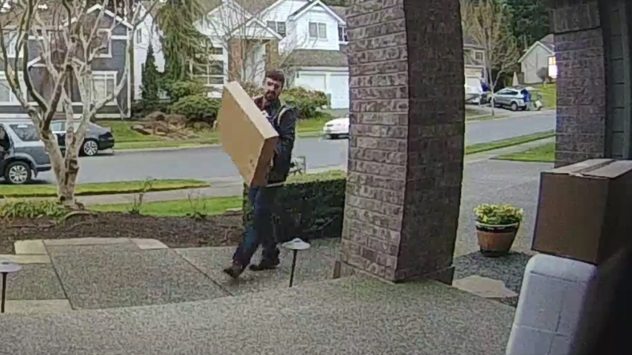 If you were to see a deliveryman carrying a package up to your neighbor’s porch, you probably wouldn’t think there was anything out of the ordinary. This is exactly why the Mill Creek package thief was able to so brazenly commit daylight robbery.

Package theft had been an issue in the Mill Creek, Washington, area for a while, so one family had a security camera installed in their doorbell. While the family was on vacation, this camera captured a man carrying a huge box to their porch and dropping it off. Only, rather than just walking away, he grabbed two packages that were already there. It turned out the box he dropped off was empty, serving only as a disguise for any prying eyes.[2] Although clear images of the man’s face were released, police have yet to identify the suspect as of this writing. 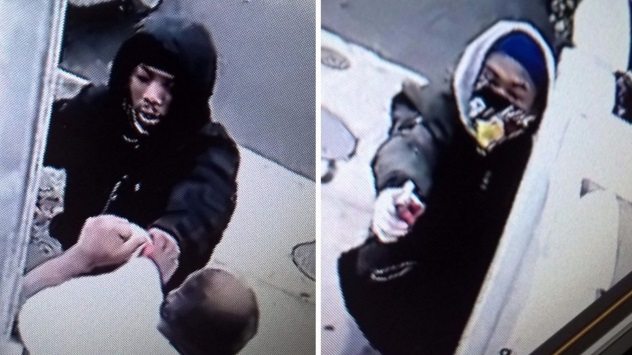 If you ever thought your parents were being too strict about not answering the door for strangers, stories like this one might make you reconsider. One Sunday afternoon in November 2017, a 12-year-old Queens boy answered the door to a man with a package. After a brief exchange, the boy’s father came to the door, at which point a struggle ensued.

The man on the doorstep attempted to push his way inside but was forced back by the young boy’s father.[3] Suddenly, two more men who were hiding around the corner jumped out and joined the struggle. One of the assailants shot the father in the leg with a BB gun before all three jumped in their car and fled. No arrests were made, but fortunately, the father and young boy were not seriously injured. 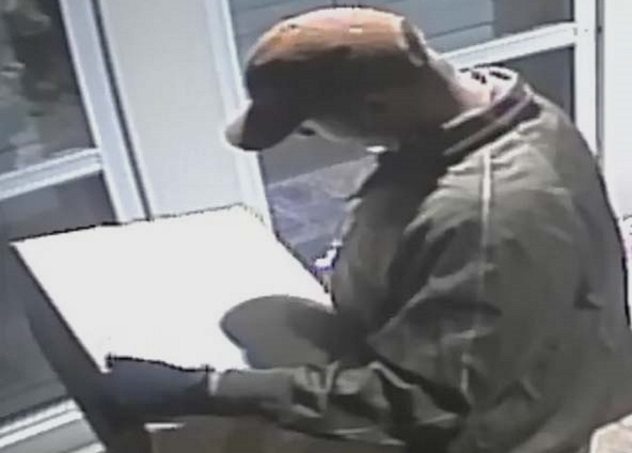 The day before Thanksgiving 2016, Lawrence Berry of Houston, Texas, opened the door to a man with a UPS uniform and a package. As soon as the door was open, the unknown man stuck a gun in Berry’s face, and the two began struggling.[4] Berry’s wife and another woman in the house grabbed the couple’s four-year-old twins and hid. Meanwhile, another three men with guns showed up and began beating Berry.

Berry was Tased four times, had his jaw broken, lost six teeth, needed 28 staples in his skull, and suffered severe neck injuries. A single shot was fired, but nobody was hit. While the women and children hid in a closet, the men raided the house, stealing jewelry and guns. The men then fled the scene, and no arrests were made. 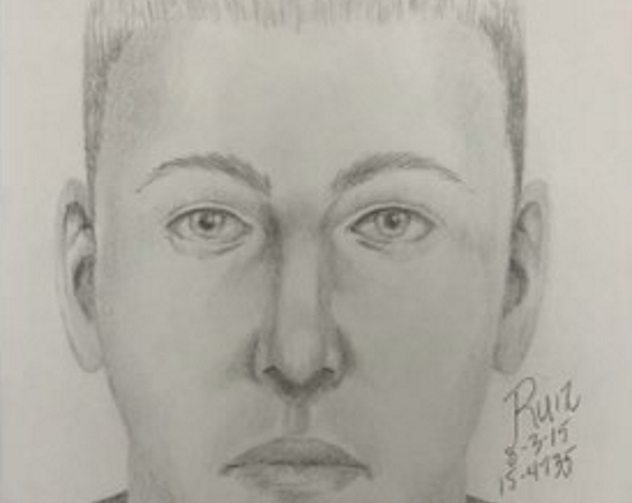 One Sunday night in the summer of 2015, a teenage girl living in Palo Alto, California, answered the door to what appeared to be a pizza deliveryman. After informing him that they hadn’t ordered any pizza, the girl started to close the door, only for the man to force it open again.[5] He was joined by two masked men, one brandishing a gun, the other a knife.

After hearing the commotion, the girl’s mother rushed into the hallway and began to struggle with the men. At this point, the girl’s father showed up, and the men, having only made it a few feet into the house, ran off. The girl was able to describe the first man, and a police sketch was released, but the faces of the other men were completely obscured. Once again, the suspects in this case were not identified. 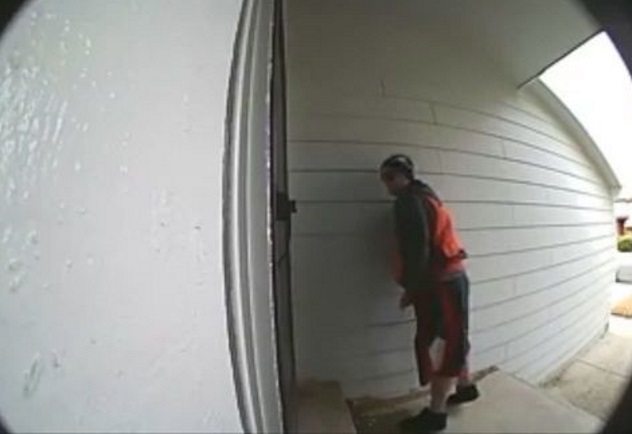 In 2017, William Washington and his kids had recently moved to a new home in Aurora, Colorado, and were expecting some Christmas presents to be delivered. The presents were delivered, this time by a real deliveryman, but unfortunately, he decided to leave a little something extra along with it.

As evidenced by Washington’s security camera footage, after dropping off the package, the deliveryman apparently couldn’t hold his water any longer and proceeded to pee on their doorstep.[6] Washington reported the incident to Amazon, which said that a driver with one of their partner companies was to blame but had since been relieved of his duties. 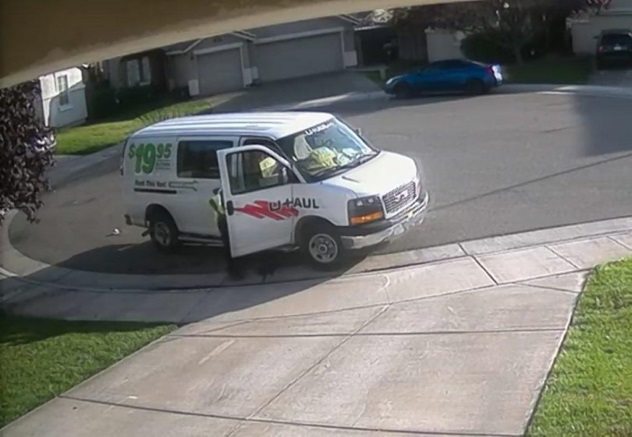 When Nemy Bautista of Sacramento County, California, returned home from work one day in 2017, he noticed something at the bottom of his drive that he was pretty certain he hadn’t put there: a piece of human feces. He immediately went to check the footage from his security camera and noticed that it had captured the delivery driver squatting behind the door of her van.[7]

Bautista uploaded the video to Facebook, and the supervisor of the subcontracted delivery firm came to examine the evidence in person. While the supervisor did scoop up the poop, he refused to take it with him and dumped it in Bautista’s garbage can, leaving Bautista to hose down the area. A statement from Amazon said that the driver was no longer delivering Amazon packages, which suggests that she wasn’t actually fired from the company, but Bautista did get a gift card for his troubles. 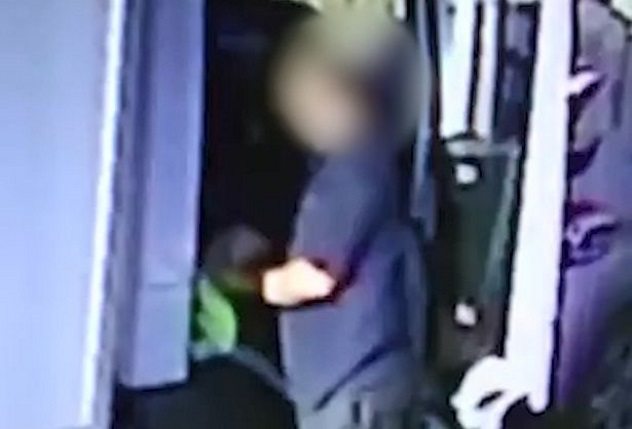 You usually wouldn’t expect to be robbed by people who you’ve let into your home willingly, but this case from Betws-y-Coed, Wales, should serve as a cautionary tale. Niall Collins was minding his 15-week-old twins in one room, with his wife in another, while two deliverymen were moving freely around the house as they dropped off some new furniture. After the men left, Collins noticed that £50 had been taken from his wallet. His wife then realized she was missing £10, while his stepson’s iPod had also disappeared.

Collins did not have a security camera at his home, but fortunately, his neighbors did.[8] After speaking with the neighbors, Collins reviewed the footage, which clearly showed one of the men leaving the house with something stashed underneath his T-shirt. Collins contacted the company in charge of the delivery, and the matter was referred to the police. 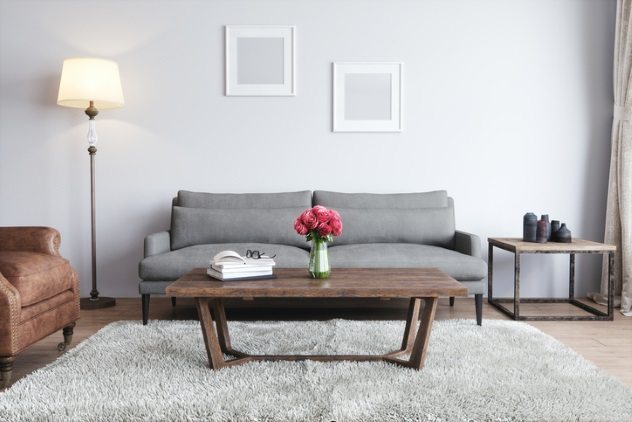 While it might be a good idea to keep an eye on deliverymen you allow into your home, you can’t really be expected to watch those who allow themselves in. This is what happened to Carolanne Lindsay, who returned to her St Athan, Scotland, home one day in 2017 to find that the package she had ordered had been delivered—directly to her living room couch.[9]

Once again, this was an Amazon package being delivered by a third party. The front and back doors were locked, but the patio door wasn’t. However, to leave it on the couch, the deliveryman would have had to walk through the dining room and past the table. There’s no way to know whether he walked through more of the house, and again, Amazon released a statement saying that the driver in question is no longer delivering their packages. 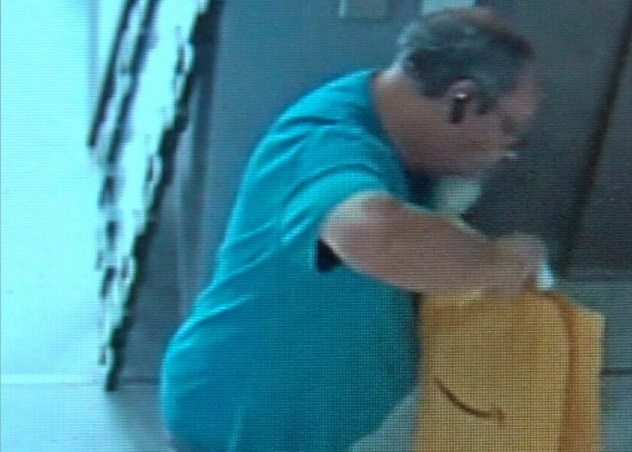 As bad as realizing that somebody was wandering around your house while you were out must be, realizing that someone is wandering around in your house while you’re home is worse. This is what happened to Michael Lentini, who was expecting a couple of packages from Amazon.[10] Crucially, Lentini has not signed up for Amazon Key, a new service that allows deliverymen to open your door and drop the package inside.

Lentini was in his bedroom when the doors to his private elevator opened, revealing a deliveryman with a package in hand. The man quickly left, and Lentini checked the footage from his security cameras. This showed that the man had actually been wandering around the house, which Amazon says is because he thought it was a block of apartments. Lentini did not believe this but was assured it would not happen again.

The next day, it happened again. Lentini was expecting another package and found another deliveryman wandering around his home. Amazon sent an employee to visit Lentini, but he is understandably reluctant to use their services again.

Read more stories of mail mayhem on 10 Weirdest Things Sent Through The Post and 10 People Who Went Postal.