Much of the news this week was dominated by the State of the Union address finally going ahead despite a cancellation threat. However, since neither it nor its Democratic rebuttal were anything but a total snooze-fest, we’re going to completely ignore the whole thing in the column below. Instead, join us on a magical mystery tour through the week’s other headlines, from scandals to high politics to a burgeoning new Cold War. 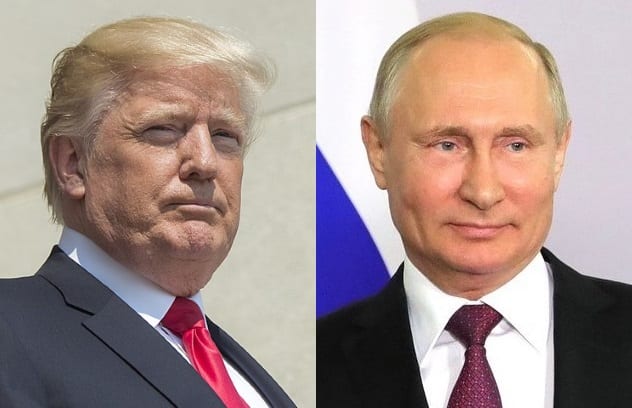 On December 8, 1987, Ronald Reagan and Mikhail Gorbachev sat down and signed the Intermediate-Range Nuclear Forces Treaty (INF). An attempt to halt the spread of nuclear weapons and lower the chances of the world ending in a gigantic ball of radioactive fire, the treaty banned the development and deployment of short- and medium-range land-based cruise and ballistic missiles.

The treaty also allowed the US and the USSR to conduct joint inspections of one another’s nuclear sites. It was a significant success, reducing the world’s missile stockpile by nearly 3,000 within five years. Last Friday, the INF itself finally went up in flames.[1]

The INF’s torching was a while coming. President Trump announced back in October that the US would be withdrawing. But the plug was only pulled on February 1. The very next day, Russia followed suit. Moscow has already said it is developing new versions of the banned missiles.

The reason for the withdrawal were long-standing US suspicions that Russia was violating the treaty regardless. Still, as preludes to a new Cold War go, it takes some beating. 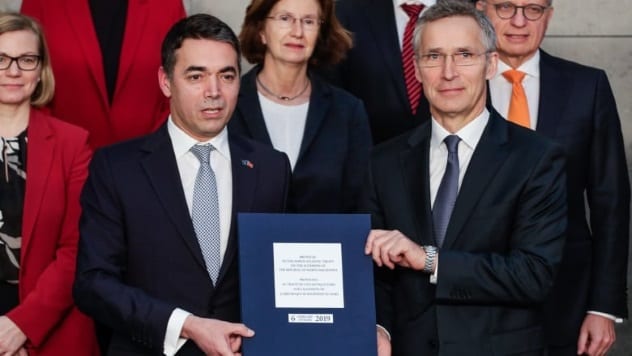 That was fast. Barely was the ink dry on the new Greek law to recognize Macedonia’s name change to North Macedonia than the renamed republic was signing an accession agreement with NATO. Although the agreement has yet to be finalized, it puts North Macedonia firmly on course to becoming the 30th NATO member.

NATO membership is a big deal for the former Yugoslav nation, which has been trying to tilt west almost since independence (in 1991). However, Athens objected to the nation’s name “Macedonia,” as a Greek province called Macedonia already exists. As a result of this geopolitical cultural appropriation, Greece blocked all attempts by Macedonia to join either NATO or the EU. With the name change now signed into law, Athens is expected to ratify North Macedonia’s accession post-haste.[2]

Still, the saga isn’t quite over. Despite the fact we’re calling it North Macedonia, the name change won’t actually take effect until Athens has okayed NATO membership. They’re unlikely to change course now, but you never know. 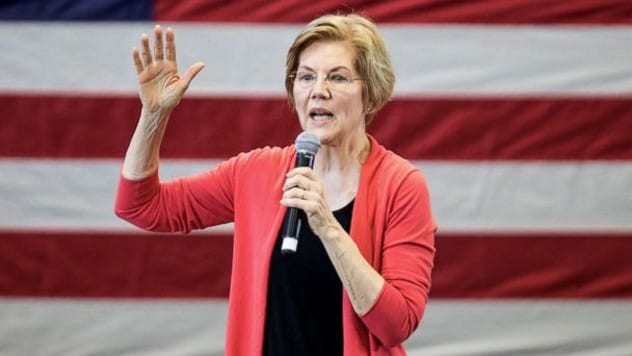 According to a much-publicized DNA test last year, Senator Elizabeth Warren of Massachusetts has at least one Native American ancestor six to ten generations back.

This in itself ain’t controversial; many people have Native, or German, or Irish, or whatever heritage that far back and are damn proud of it. What is controversial is that Warren seems to have been claiming that she was fully Native American. This week, The Washington Post published evidence that she’d even done so when filling out official documents.[3]

There are two big problems here. One is that tribal citizenship isn’t just based on blood, and many Native tribes get pretty ticked off about people leapfrogging their citizenship system. The other is that one ancestor six generations back would make Warren one part Native American to 31 parts not. That’s great if you’re telling people about it at parties but less great if you’re claiming it on official documents.

Although Warren has claimed she didn’t look for any advantage, there’s no way she can know whether potential employers saw she was “American Indian” and hired her as part of an affirmative action drive, thereby both boosting her career and screwing over actual Native applicants. 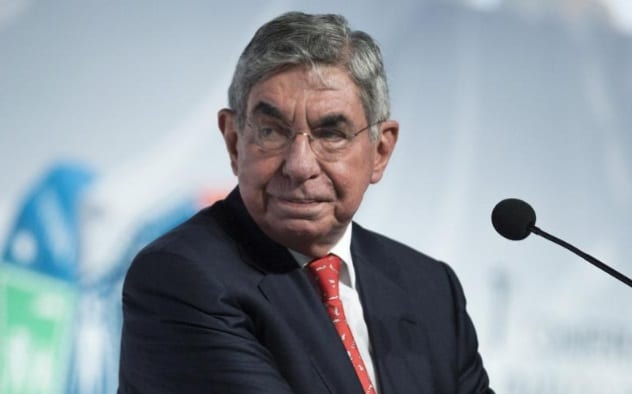 The two-time president of Costa Rica, Oscar Arias, is about as big a hero as you can get. A winner of the Nobel Peace Prize, the Albert Schweitzer Prize for Humanitarianism, and many other smaller awards for his activism and promotion of gender equality, Arias’s credentials are unimpeachable.

Or should that read, “were unimpeachable.” On Tuesday, reports surfaced that a female anti-nuclear activist had claimed Arias assaulted her.[4] By Thursday, three more women had joined the fray. At time of writing, it was starting to look like #MeToo had claimed its biggest scalp in Latin America. 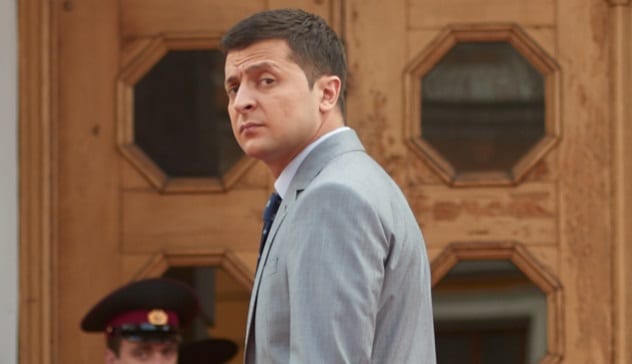 Hadn’t you heard? Ukraine is in election season! On March 31, voters will go to the polls to choose their new president. Previously, there had been rumblings that the far right might make a bid for the job, but a slew of polls over the weekend now suggest a far stranger possibility. The next president of Ukraine might be . . . TV’s fictional president of Ukraine.

Sluha Narodu (Servant of the People) is a Kiev-based show that features popular comedian Vladimir Zelenskiy as a teacher who accidentally becomes president of Ukraine and takes on the country’s oligarch class. The first season is available on Netflix, if you fancy some homework, but its philosophy can be summed up as a kind of broadly pro-European populism peppered with anti-elitism. And now Zelenskiy is not only leading in Ukraine’s polls, but he’s running on a platform that essentially says, “Vote for me, and I’ll make your favorite TV show a reality.”[5]

Ukraine has suffered under a political class that makes the most corrupt sleazebags in Washington look like veritable angels. That being said, there’s still no guarantee Zelenskiy will edge out Yulia Tymoshenko to actually win. 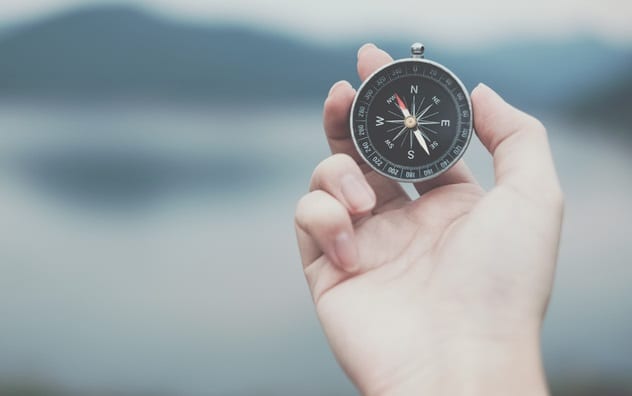 So, here’s a confusing factoid: There are actually three north poles. One is the actual North Pole, the axis around which our planet rotates. The second is geomagnetic north, currently located over Greenland and prone to occasionally moving around a tiny bit. The third is magnetic north, or the place your compass points to.

It’s this last one that’s interesting us today, because over the last few years, it’s been hurtling toward Russia at an unprecedented rate. Now, the magnetic north pole was always a little bit moveable, but it’s picked up speed in our modern era, threatening to throw GPS systems out. So, this week, the World Magnetic Model was finally updated to reflect the movements. The magnetic north pole has now officially shifted.[6]

The change was meant to come earlier in the year, but it was delayed due to the US government shutdown. Who’d have thought a budget impasse could affect where the magnetic north pole is meant to be? 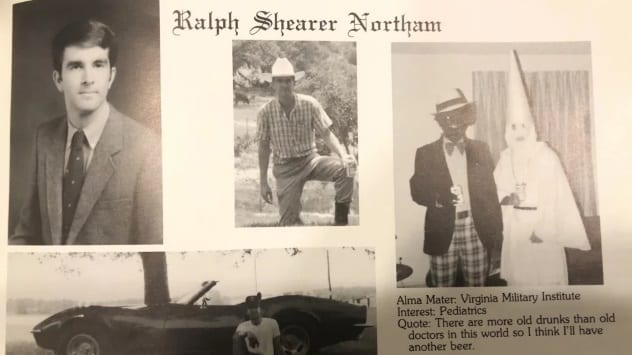 Just when you thought US politics couldn’t get any stranger, the Democratic Party of Virginia comes along and blows your misconceptions wide open. Last Friday, a conservative blogger frustrated with Virginia lawmakers’ plans for a late-term abortion bill published a photo online of Governor Ralph Northam’s school yearbook page. The problem? Northam appeared on a page featuring a guy in blackface and another in a Klan outfit. It was the start of a scandal that quickly engulfed the entire party.[7]

Although Northam denied he was either the man in blackface or the one in Klan robes, he admitted he had previously blacked up at a fancy dress party to go as Michael Jackson. Naturally, people began to call for his resignation . . . at which point a sex assault accusation blew up and hit his likely replacement, Lieutenant Governor Justin Fairfax. Barely had we wrapped our heads around this than Fairfax’s likely replacement, Attorney General Mark Herring, admitted that he had also worn blackface in the past.

Within a single week, the three top Democrats in Virginia have all been compromised, and the party has been left floundering. Whether it’s even possible for local liberals to claw back from this is impossible to say. 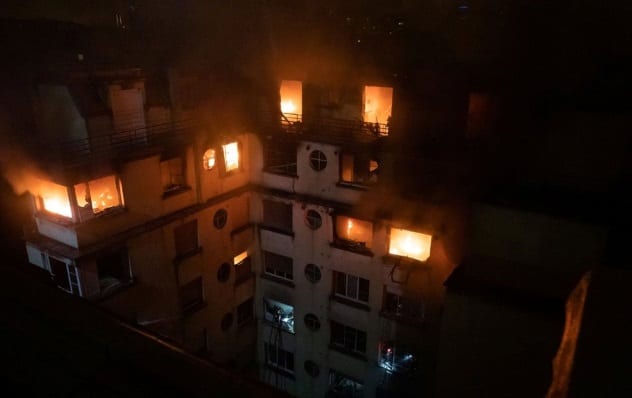 In the early hours on Tuesday, a fire ripped through an eight-floor building in Paris. The inferno quickly engulfed the upper reaches, sending red-tinged smoke billowing into the night sky. Ten people died in the blaze, including a baby. But the worst came in the aftermath. Not long after the fire had been put out, Paris police announced it had been set deliberately.

At time of writing, a woman known only as “Essia B.” has been taken into custody on suspicion of arson. The BBC reports that she has a history of mental illness and was discharged from a psychiatric hospital only a week before the blaze.[8]

Although her involvement is not a foregone conclusion, it will be a tragic end to the tale if so. Rather than maliciousness or accidental, the deaths in Paris will be the result of simple doctor oversight in releasing a mentally unfit woman.

2 Another Church Abuse Scandal Came Crawling Out Of The Woodwork 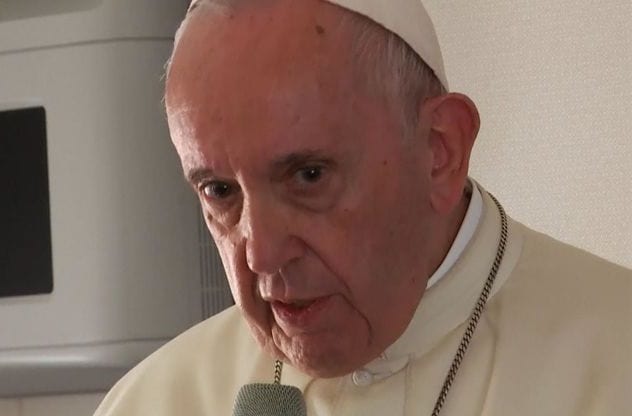 Just as the abuse of minors by certain priests in the Catholic Church is receiving a lot of attention, another abuse scandal in the Church has come crawling out of the woodwork. On Tuesday, Pope Francis finally commented upon instances of priests harassing and abusing nuns. The frank discussion threatens to spark off yet another crisis in the Vatican.[9]

A Church #MeToo has been a few months coming. Last November, the organization representing female Catholic orders issued a call for nuns to come forward and tell superiors or the police about any harassment they’d experienced. This followed a number of scandals where priests were found to have used their position to coerce nuns into sex, sometimes impregnating them and leaving them to shoulder the disgrace.

The acknowledgement by Pope Francis raises the hope that the Church is going to commit to fully rooting out this behavior. If the Vatican is to maintain its moral authority in the world, showing a firm hand with abusive priests is utterly necessary.

1 We Reached The ISIS Endgame 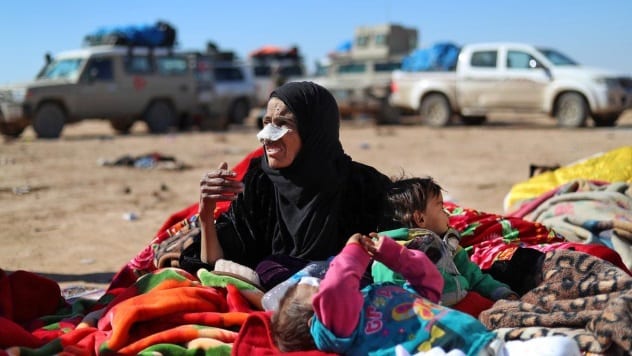 Just a few short years ago, ISIS controlled a swath of territory the size of Belgium. They had plans for conquering much of the Middle East and raising a caliphate that, by some estimations, was meant to stretch all the way to Spain. Even by late 2017, the cult still held major Syrian cities.

Those glory days are long gone now. At time of writing, the last remaining ISIS fanatics are trapped within a shrinking 50-square-kilometer (19 mi2) band of territory outside the village of Baghuz (itself now liberated). With US-backed Kurdish forces closing in, the wives and children of the militants are fleeing and turning themselves over. It now seems we’re on the very brink of seeing the last traces of ISIS’s blood-soaked caliphate wiped from the map.[10]

Of course, the end of the caliphate will not mean the end of ISIS. There are many remaining fighters who are fleeing back to their home countries, from where they will likely try to launch attacks.

But there’s also the far more depressing work to do of combing through the traces of the caliphate for evidence of war crimes. Already, investigators are documenting mass graves and attempting to preserve sites of atrocities to maybe—one day—bring some of the cult’s surviving fanatics before an international court.

It could take a long time. The International Criminal Tribunal for the former Yugoslavia (ICTY) ran from 1993 to 2017, with some of its most significant judgements only being handed down in the last years of its life. ISIS’s physical caliphate may be nearly gone. But expect to hear much more about this despicable group for many years to come.