This week was mostly notable for just how unbelievably, unforgivingly cold it was. Across the US Midwest, temperatures plummeted to a level usually reserved for the depths of Siberia. While snow and ice filled our screens, there was still plenty of other stuff going on, from political developments in Washington to our usual mix of tragedy and weirdness elsewhere. 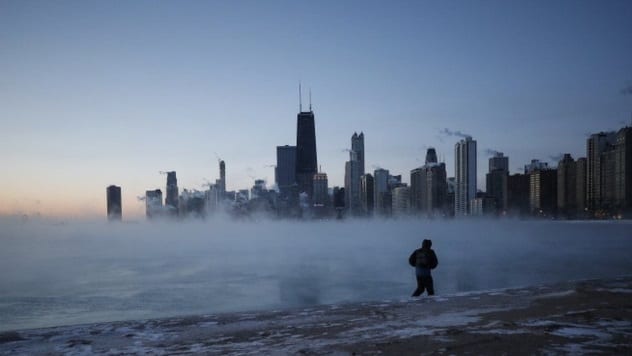 So that’s what it feels like to live in Antarctica. After a few days of dire warnings and people scrambling to winter-proof their homes, the polar vortex finally arrived midweek. A huge swell of cold air came tumbling down from the Arctic, passed over Canada, and settled over the US Midwest. You better believe it was Cold with a capital “C.”[1]

The sudden drop in temperature was dangerous for some. In Iowa, officials were warning people not to stay outdoors for more than ten minutes and to avoid breathing through their mouths or risk health problems. So far, the freeze has been linked to at least eight deaths. 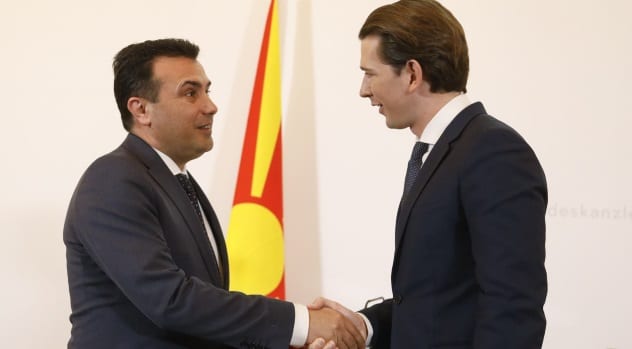 Farewell, Former Yugoslav Republic of Macedonia (FYROM); hello the Republic of North Macedonia! You may remember from last year’s columns that Macedonia’s government forced through legislation that would change the country’s name. Well, that change going ahead was conditional on the Greek parliament passing its own legislation to ratify it. Last Friday, they did. By a breathtakingly narrow margin, Athens passed their bill. The path is now clear for FYROM’s historic name change.

The name “Macedonia” is contentious, because a) there’s a Greek province with the same name, and b) many Greeks think it’s an overt attempt to lay claim to their heritage (sort of like if Texas was just called “Mexico” or vice versa). The dispute meant that Athens continually blocked FYROM’s accession to NATO or the EU, effectively locking Skopje out two of the biggest regional alliances.

Thanks to the combined efforts of Macedonian prime minister Zoran Zaev and Alexis Tsipras’s Greek government, those days are now over. Already, Zaev has been meeting EU leaders about beginning North Macedonia’s accession talks.[2]

8 The US Government Reopened 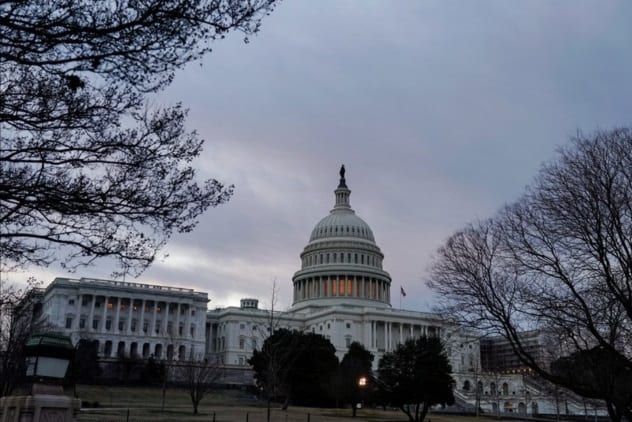 Thirty-five days. That was the length of the partial US government shutdown that finally ended last Friday, when President Trump made a surprise announcement allowing an emergency three-week funding measure to come into effect. The president said he’d backed down to help those suffering missed paychecks. The opposition (and some hard-core Republicans) said he’d been played hard by Nancy Pelosi.

The shutdown of 2018/19 is now the longest on US record by a country mile. The closest, in 1995, lasted a mere 21 days. After the government reopened, the Congressional Budget Office estimated that the 35-day standoff had cost the economy around $11 billion. $8 billion will be recovered as the government resumes operations, but that still leaves a loss of $3 billion.[3]

The thing is, it’s still not over. The underlying tension of Trump really wanting a wall and Democrats really not wanting one hasn’t gone away. The temporary funding measure will expire on February 15, meaning we may get to go through this all over again. 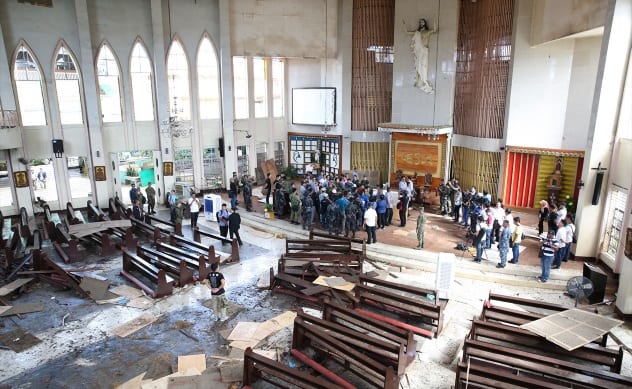 Jolo Island, in the south of the Philippines, is a place that has long been troubled by Islamist terrorism. Militant group Abu Sayyaf has run wild, despite repeated efforts to crush them. But rarely is the group quite as brazen as they were on Sunday. During Mass, they detonated two bombs inside Jolo’s Catholic cathedral. The twin explosions killed at least 20 people and left 81 injured.[4]

Abu Sayyaf has recently aligned itself with ISIS, becoming their local chapter in the Philippines. Although it’s thought that Abu Sayyaf carried out the attack, ISIS claimed overall responsibility. While their collapsing caliphate has lost a lot of its influence this last year, it’s clear they’re still capable of directing horrendous atrocities.

Philippine president Rodrigo Duterte has since vowed to crush Abu Sayyaf. It might be a tall order. Abu Sayyaf have been stubbornly clinging onto life since 1991. 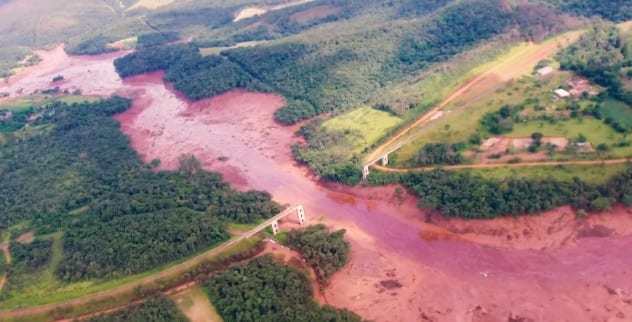 In 2015, an upstream dam used by a mining company in Brazil collapsed, deluging the town of Mariana with a wall of sludge. Nineteen people were killed, and entire neighborhoods were destroyed. In the aftermath of the disaster, the Brazilian authorities promised they would do something to ban upstream dams and hold mining companies accountable. But they didn’t. Instead, mining lobbyists were allowed to dictate the new legislation.

All of which brings us to the tragedy at Brumadinho.

Last Friday, another upstream dam used by a mining company gave way. This time, the death toll didn’t stop at just 19. The mud that engulfed the town destroyed nearly everything. At time of writing, 99 people are known to have died. Nearly 260 people remain missing. It’s thought that all of them are likely dead.[5]

The operators of this mine are Vale SA, the same company that oversaw the 2015 dam collapse. Three employees and two company contractors have now been arrested. Had the Brazilian authorities gotten their act together prior to the collapse, some 350 people might now be alive. 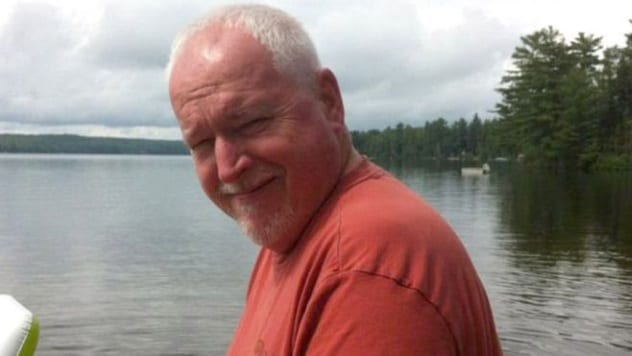 Between 2010 and 2017, eight men disappeared from Toronto’s gay village. Most of them were from immigrant communities and were still in the closet. While it soon became clear to Toronto’s LGBT population that there was a serial killer operating in their midst, the police refused to entertain the idea.

Then, in 2018, a 66-year old landscape gardener and part-time mall Santa named Bruce McArthur was arrested. A grandfather who’d come out in middle age, McArthur was a regular on the Toronto gay scene. This week, he finally pleaded guilty to all eight murders. He dismembered his victims and hid their bodies in plant pots under the cover of his landscaping business.[6]

McArthur’s crimes would be shocking in any community, but they were particularly traumatic in Toronto, a peaceful city in a country that already rarely experiences murder. The worst part may be that McArthur was already arrested once by police over the murders, back in 2013, and then let free. Because police refused to believe a serial killer was at work, five more men died.

4 A Russian Lawmaker Was Arrested In Parliament For Murder 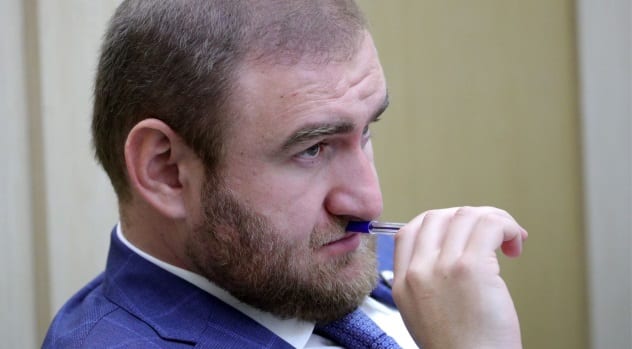 Until Wednesday, Rauf Arashukov was a member of Russia’s ruling party, a lawmaker and a major power player in his home region of Karachai-Cherkessia in the North Caucasus. He was also something of a violent thug. Police had already tied two 2010 political homicides in his home region to him.

But it wasn’t until Wednesday’s parliamentary session that Arashukov was exposed. According to some of those present, the Federation Council in Moscow was suddenly closed to media, and the doors were surrounded by armed guards. The charges against Arashukov were read out, and lawmakers voted to strip him of his parliamentary immunity then and there. Apparently, he tried to flee, only to be arrested and whisked away.[7]

The former lawmaker now faces life in prison for the double murder. Given that accountability isn’t always a thing in Russia, it’s nice to see a powerful man finally forced to pay for his crimes. 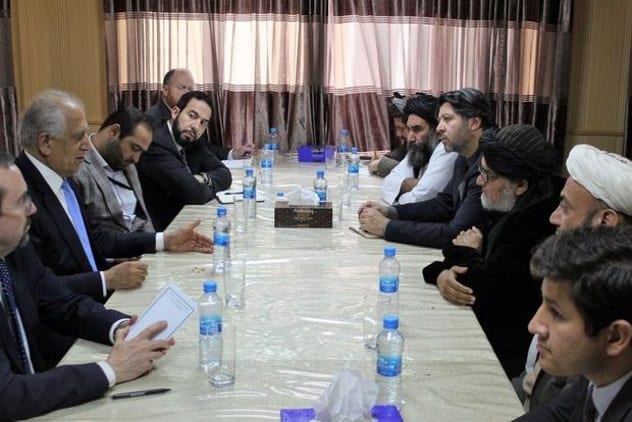 Just last week, we told you about how a gigantic Taliban truck bomb had killed anywhere between 40 and 100 people in a remote town. This week, the Afghan insurgent group were back in the news again, this time from a completely different angle. On Monday, the US envoy Zalmay Khalilzad revealed a breakthrough had led to a framework for peace talks between the Taliban and Washington. It was the most significant breakthrough since the US-led invasion in 2001.[8]

All of this likely raises the question, “Why the heck is anyone negotiating with the Taliban?” Well, unfortunately, that looks like the only way the US can exit its longest-ever war. With the American presence winding down, the Taliban have come storming back. The US either needs to make peace with the group or pour an insane amount of resources into properly occupying Afghanistan all over again. Those are two terrible choices.

The basic framework seems to be an agreement whereby the Taliban would boot all (other) terrorist groups out of Afghanistan in exchange for a complete US withdrawal. However, many are wary of the Taliban’s unwillingness to negotiate with the government in Kabul and what this might mean for post-withdrawal life in the country.

2 The EU Launched A Scheme For Evading Iran Sanctions 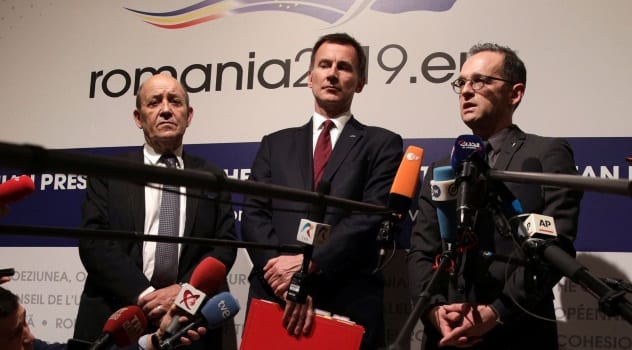 It’s been nearly a year now since President Trump dramatically pulled the US out of the Iran nuclear deal, leaving the remaining signatories scrambling to salvage something from it. In the months since, the US has started aggressively targeting any company that deals with Tehran. Now, finally, the European Union’s response has arrived. Known as the special purpose vehicle (SPV), it will help EU firms with legitimate business interests evade US sanctions.[9]

The SPV gets around financial restrictions on dealings with Iran by setting up a barter system, allowing companies to swap goods instead. It’s the brainchild of Germany, France, and the UK, with the EU itself simply throwing its backing behind the scheme. If successful, it could help European businesses avoid getting hit with US retaliation. The US has dismissed the SPV as something that won’t affect its Iran sanction regime.

The news is yet further evidence of how far the US and its allies are drifting apart on many aspects of global security. Times were the EU working to circumvent US sanctions would have seemed extraordinary. Now, it’s par for the course.

1 One Of President Trump’s Closest Allies Was Indicted 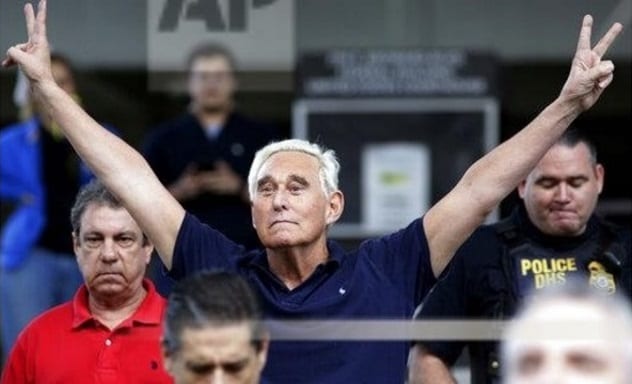 Oh, look, another indictment in the Russia probe.

Last Friday, just as the US government was creaking back to life, lifelong Republican operative Roger Stone was arrested by the FBI and indicted for obstruction, witness tampering, and lying to Congress. He’s one of the president’s closest confidantes to be arrested so far.[10]

Stone is a GOP veteran who previously worked for Ronald Reagan, the Bushes, and many other prominent Republican candidates. But he’s also a very long-term friend of Donald Trump. The new indictment alleges Stone is the one who made contact with Wikileaks about releasing Democratic party e-mails during the 2016 campaign and then informed the Trump campaign about upcoming leaks. That would make him a major player in any coordinated attempt to influence the election and perhaps Mueller’s most important indictment yet.

However, it’s worth noting that none of this as yet either relates to collusion with Russia or directly implicates the president. It could be that there is more to come in this sordid tale. Or it could be that the buck really did stop with someone like Jared Kushner (as many outlets are predicting). Word on the street is that Mueller’s probe is in its closing stages. Guess we’ll find out soon.