Breast augmentation is the most popular cosmetic surgery in the United States. It has a colorful past that would cause many women to second-guess going under the knife. The following delves into the forgotten history and the trials and tribulations that went into various attempts to perfect a procedure that still has numerous and devastating flaws. 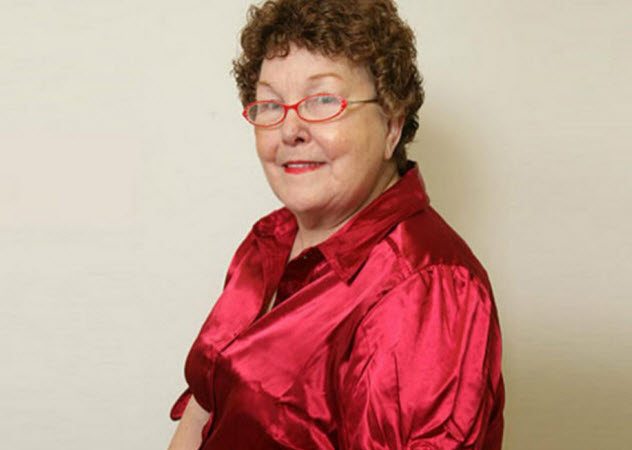 More than a half-century ago, Timmie Jean Lindsey became the recipient of the world’s first silicone gel breast implant, an operation in which she became an integral part simply by fate. In 1962, the divorced 29-year-old, blue-collar worker was following up with her physician after having a tattoo removed from her chest.

It was then that Dr. Frank J. Gerow proposed the idea of taking Lindsey from a B-cup to a C-cup free of charge. Around this time in the early 1960s, intravenous blood bags had replaced glass bottles. The idea of using a bag of gel for an implant came to mind as Dr. Gerow inadvertently noticed the texture was strikingly similar to that of a woman’s breast.[1]

Even though Lindsey was nothing more than a human guinea pig, that did not deter her for a moment from going through with the operation and entrusting her well-being to young physicians.

More than 50 years later, Lindsey—now a great-grandmother and well into her eighties—still considers her role in the revolutionary operation a privilege and has “no major regrets.” In all the years, Lindsey’s implant—albeit slightly calcified—never once leaked or ruptured. 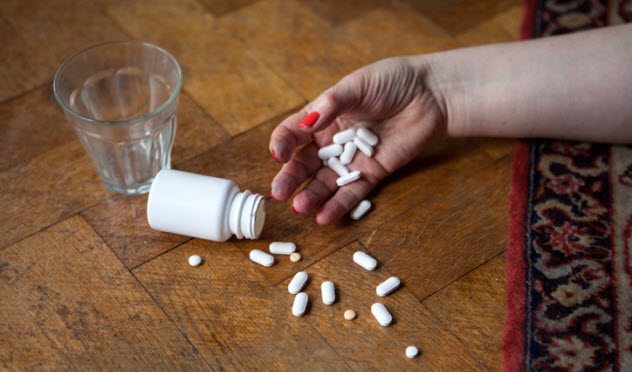 Plastic surgeons have long argued that their role, particularly pertaining to breast implants, has not been rooted in ill intent but rather a desire to make a woman feel better about herself. Be that as it may, numerous studies over the years have shown a troubling link between suicide and women who have undergone breast augmentation.

Case in point: A study conducted in Sweden analyzed data on 3,527 women who had voluntarily undergone the procedure. Researchers found a threefold higher risk of suicide overall. However, the risk increases 4.5-fold for 10 years after the operation and six-fold for 20 years or more after the operation.[2]

According to Louise A. Brinton, PhD, MPH, of the US National Cancer Institute, one cannot merely link breast implants and silicone toxicity to suicide. But at the same time, one cannot rule out the possibility.

This begs the question: Why?

Some researchers believe that the link lies with a significant underlying psychiatric illness prior to implantation. In fact, studies show that the women in this study had a higher rate of alcohol and drug dependence.

In the final analysis, researchers believe that post-implant monitoring in addition to pre-implant psychiatric screening is warranted. However, it is highly doubtful that it will ever be enforced. 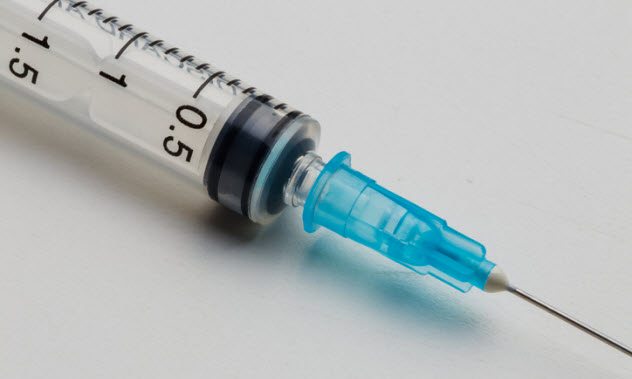 Risk comes with any surgery regardless of how minor and routine the procedure may be. In the world of plastic surgery, many would find it surprising that breast augmentation is at the top of the list when it comes to risk, far surpassing tummy tucks and liposuction.

Prior to 1992, the majority of complications stemmed from liquid silicone injections that caused a variety of detrimental side effects, most commonly a fibrous capsule contracture. In this instance, scar tissue forms around the implant, causing a hardening of the breast often described as concrete in texture.

To correct this, a doctor must manually break up the scar tissue around the implant or resort to a mastectomy. Another common severe complication is the “bleeding” of silicone particles through the implant membrane, which ultimately become lodged in various organs.

Surprisingly, such injurious injections were never approved by the FDA. It was not until 1992 that the uses of liquid silicone products were banned in the United States. Nonetheless, illegal operations using liquid silicone continue to be performed by unscrupulous individuals passing themselves off as “physicians.”[3] 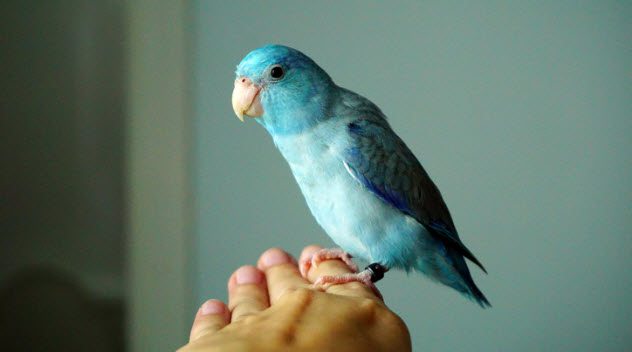 In 2002, Dr. Robert Allen Smith patented a new form of breast augmentation using hair as the filler in place of silicone and gel. The idea came to mind when Dr. Smith noticed that a locket of hair had been sewn into the scalp of a patient without any form of rejection from the human body. Thus, Dr. Smith proposed using hair (or keratin, the protein from which hair is derived) from the “fur of animals including any mammal, from finger or toenail material or from hooves, or from the beaks, feet or feathers of birds.”

Such a bizarre proposal is frankly practical when considering the barbaric procedures used in the early to mid-1900s. During this time, breast augmentation was nothing more than an experimental trial and error that involved surgeons injecting a woman’s breast with everything from ox cartilage to glass balls, ivory, and ground rubber.

Suffice it to say, such procedures were a complete failure. It was not until the early 1930s that scientists discovered silicone, which demonstrated a resistance to rejection and bacterial contamination.[4] 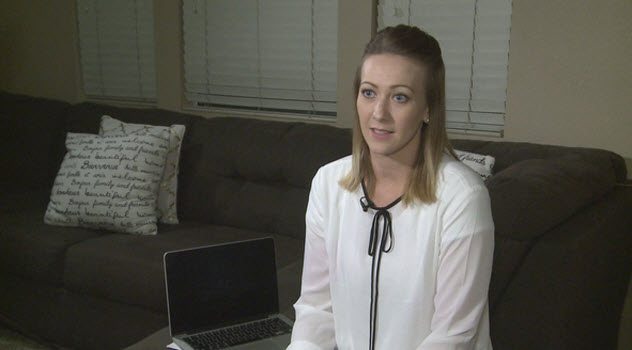 For thousands of women, undergoing surgery to extract their breast implants was more fulfilling than the day of implantation. Despite countless surgeons refuting the claim that implants were making recipients sick, a group called Breast Implant Illness and Healing now has 15,000 women who claim that their new busts caused a myriad of symptoms due to rupture.

Some of those problems include seizures, migraines, blackouts, and autoimmune illnesses. According to Phoenix Playboy model Katelyn Svancara, she fell ill for four of the five years that she had implants. Her symptoms ceased post-extraction.

These types of cases continue to grow in terms of lawsuits and are a public and legal nightmare for implant makers. Case in point: In 1998, Dow Corning Corporation paid $3.2 billion to settle the claims of more than 170,000 women.[5]

In fact, many of the plaintiffs died prior to the settlement, one in which Dow Corning consistently denied any wrongdoing. Nonetheless, scientific studies have yet to find evidence linking silicone breast implants with these illnesses. 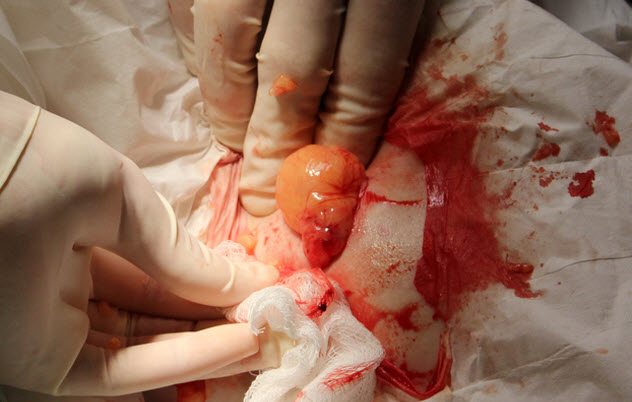 On November 24, 1895, the first recorded breast implant occurred in Germany when a 41-year-old singer and stage actress underwent a mastectomy following the discovery of a painful nodule in her left breast. After numerous consultations, Dr. Vincenz Czerny resected the hypertrophic breast tissue, which left considerable disfigurement for a woman whose career was based on her talents and her appearance.

As a result, Dr. Czerny made the decision to transplant a lipoma (noncancerous tissue) the size of a fist which had developed in the singer’s spinal column. He placed this lipoma into the vacant left breast for the purpose of symmetry. The operation proved successful, and the patient was discharged within a month with only mild tenderness.

At the time, this medical procedure was not only experimental but also unheard of given the belief that “closure of mastectomy sites could conceal tumor recurrence.” Due to such theories, which dated back to ancient times, concerning breast cancer and treatment, Dr. Czerny’s medical judgment on breast reconstruction did not gain acceptance until the mid-1900s.

Since then, numerous techniques have been modified for reconstruction of the female breast. This includes using one’s own muscle flap, specifically the latissimus dorsi myocutaneous flap first described by Iginio Tansini in 1896.[6] 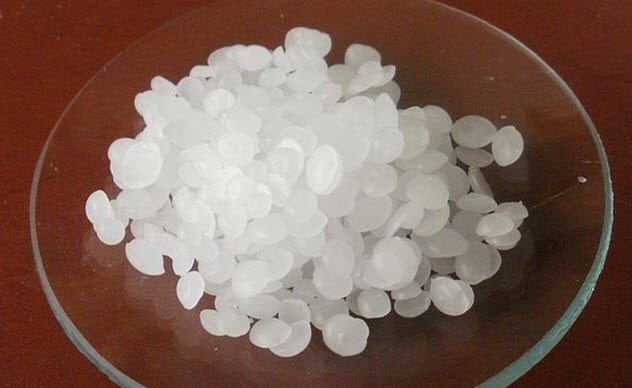 In 1899, Viennese physician Robert Gersuny injected mineral oil (Vaseline) into the scrotum of a patient who lost one of his testicles due to tuberculous epididymitis. Dr. Gersuny discovered that the Vaseline solidified as it became cooler, thus acting as soft tissue filler.[7]

As time went on, he began experimenting with paraffin wax, which quickly caught on in the medical community. Though paraffin was still in its initial stages of experimentation, physicians were eager to use the new technique. It was ideal for cosmetic effects such as the filling of cheeks, face wrinkles, penile defects, and, of course, breast augmentation.

Unfortunately, the solidified miracle filler had a tendency to migrate inside the patient’s body, especially if the person spent time in the sun. This caused the paraffin to liquefy and harden elsewhere. What came about was the development of paraffinomas, or “wax cancers.”

Nonetheless, physicians were hesitant to abandon the practice, subjecting countless more people to the disfiguring effects. Initially, measures were taken to alter the wax substance to continue its use. Doctors would mix the paraffin with Vaseline, olive oil, goose grease, and even white oak bark.

Such practices were deemed “almost medieval in [their] brutality” by Dr. J. Carlyle DeVries of Chicago. By 1920, physicians began abandoning paraffin’s use as a cosmetic filler. 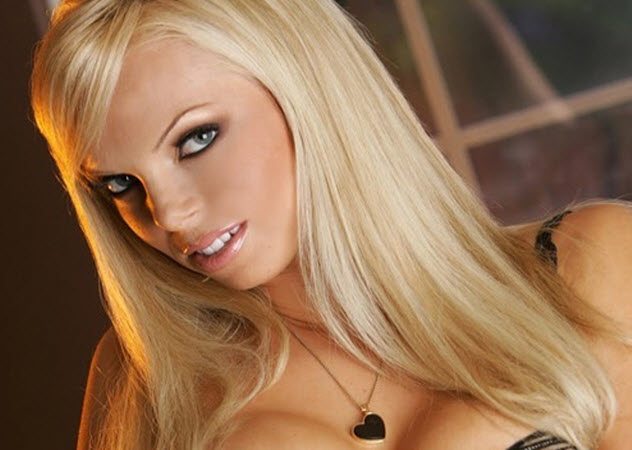 In September 2006, the decomposed remains of a woman were found in a taped-up cardboard box floating in the waters of Newport Beach, California. The victim had been brutally murdered—stabbed 52 times—and wrapped in bedsheets. Had it not been for the serial numbers on the victim’s breast implants, the identity of 56-year-old Barbara Mullenix would not have been known.[8]

Identifying corpses via implants has become commonplace. One such high-profile murder was that of Jasmine Fiore, a swimsuit model whose fingers were removed and teeth extracted by former reality star Ryan Alexander Jenkins. He had disposed of Fiore’s mutilated body in a Los Angeles dumpster.

Instances like these could explain why a Queensland man walked into a local police station carrying a “bagged and tagged item,” presumably a breast implant that might be evidence of a homicide. Unknown to the local hero, it was nothing more than a jellyfish. 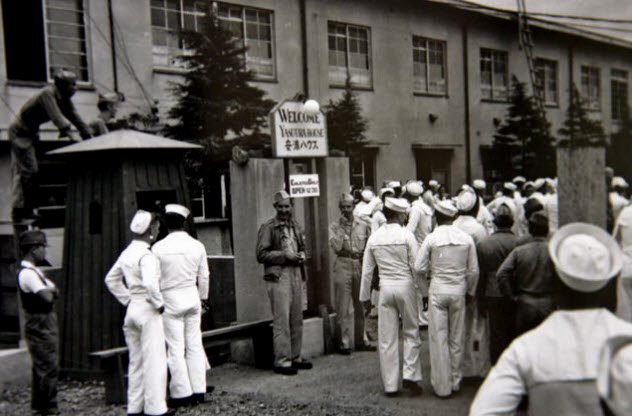 During World War II, the Dow Corning Corporation and Corning Glass developed silicone products for military purposes. By 1943, silicone was being used to prepare grease and oil products for aircraft as well as rubbers that were resistant to high temperatures. Silicone was also used for waterproofing and as an insulation for electrical transformers.

Shortly after Japan’s surrender at the end of World War II, barrels of industrial-grade silicone began to mysteriously disappear from Japanese docks.[9] At first, it wasn’t clear why.

However, in a country that had become occupied with US servicemen, it had become apparent that the soldiers had a preference for women with larger breasts. Thus, the missing barrels of silicone provided the substance for injections into the breasts of Japanese prostitutes. This caused many cases of disfigurement, infection, migration of the silicone, and scarring.

These detrimental results occurred because the silicone was industrial grade, which contained traces of organic salt of tin, instead of medical grade, which is sterile. This barbaric practice of injecting industrial-grade silicone was used extensively in Japan long after the war and continues today in some areas of Asia.

There were 296,203 breast augmentations in 2010, and about 5–10 million women worldwide have undergone the procedure. The advances and popularity of surgical augmentation have come a long way over the last 50 years. However, that was not always the case.

In fact, hypomastia (the condition of having small breasts) was of little importance to surgeons in the early postwar years. It didn’t become an issue until fashion magazines and alluring actresses, such as Marilyn Monroe and Jayne Mansfield, brought to light women’s desires for a surgical solution to enhance their physique and self-assurance.

As we have discussed, Timmie Jean Lindsey was the first human to receive a silicone implant. However, prior to her operation, the implant was tested on a dog named Esmeralda.

According to Dr. Thomas Biggs, clinical professor of plastic surgery at Baylor College of Medicine, “There was very little regulation, so there was minimal obstruction to its being manufactured and sold.” Thus, Esmeralda the dog went under the knife. By happenstance, the surgery proved successful with no complications, paving the way for countless women (and some men) to accentuate and embrace their feminine side.[10]