Candles are everyday items that have been in use for millennia. It is believed they were first used by ancient Egyptians 5,000 years ago and made by soaking reeds into animal fat. They still feature in all our lives, a symbol of romance and celebration. Candles form part of religious ceremonies, mark the passing of loved ones, and are usually kept in a drawer somewhere for when the lights fail.

In recent years, they have boomed due to the Scandinavian practice of hygge—getting cozy at home under soothing candlelight. They are a huge industry with some designer brands charging big bucks for a sensory experience that ultimately becomes a pool of wax.

When you examine the effects of candles on us, it can throw up some surprising results. Candles are still a vital part of life—imagine a birthday cake without them. There’s no need to throw your brand-new Belgian Waffles jar candle out just yet, but when you probe a little deeper, they do seem to have far-reaching consequences for all of us.

10 They Can Spread Disease 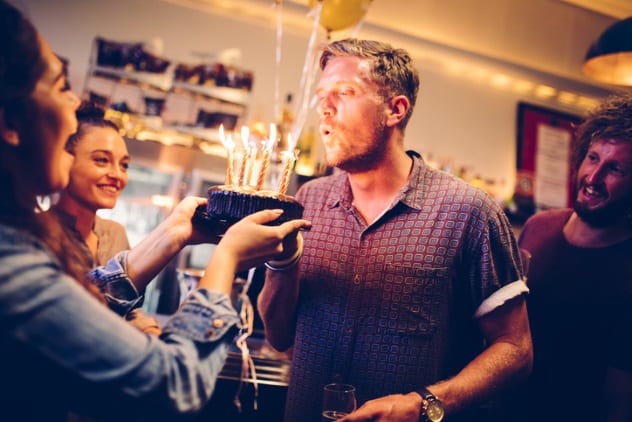 Social media went into overdrive in 2019 when US senator Mitt Romney shared his birthday celebrations online. His office presented him with a birthday cake made from Twinkies, ablaze with candles. Instead of leaning over the cake to blow, he carefully picked up each tiny candle and puffed it out individually. He later explained that he had a cold and didn’t want to spread his germs around the office. Science would appear to back up his claims.

Most people don’t read too much into this birthday ritual of singing and spitting. In 2017, however, researchers at Clemson University in South Carolina decided to test the results of blowing out the candles on a cake.

First, they ate pizza to stimulate salivary glands. Then they placed cake frosting onto a solid base, lit the candles, and blew. The frosting was cultured to see how much bacteria formed. They found, on average, 15 times more bacteria after blowing out the candles.[1] They also found that some people transfer more bacteria than others. Most mouth germs are harmless, but they can spread illness, especially respiratory disease.

Party planners and germophobes can now buy spit guards for birthday cakes—or, like Mitt Romney, blow at a safe distance.

9 They Waste Your Money 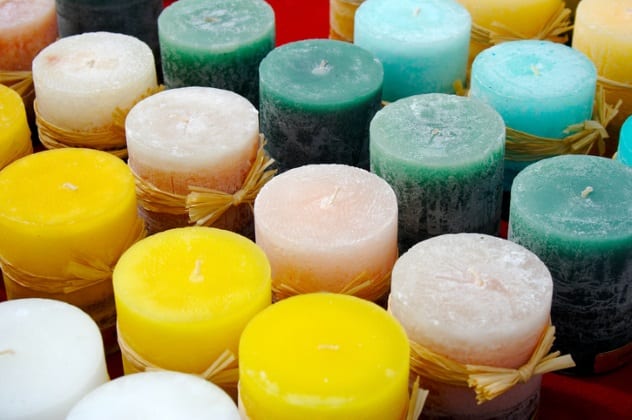 What’s one of the most popular and affordable gifts? A scented candle. They are the go-to for all occasions—housewarming, thank yous, birthdays, and Christmas.

A recent UK poll estimated that nearly 60 million unwanted gifts are exchanged over Christmas, costing around £380 million. In further results, 57 percent of respondents said they received a least one unwanted present every year. Sixteen percent named candles as their least favorite gift.[2] The charity known as “Send A Cow” cited the survey to persuade shoppers to ditch their expensive shopping habits, stop throwing gifts away, and, instead, donate to charity.


8 They Get Dumped In Landfills 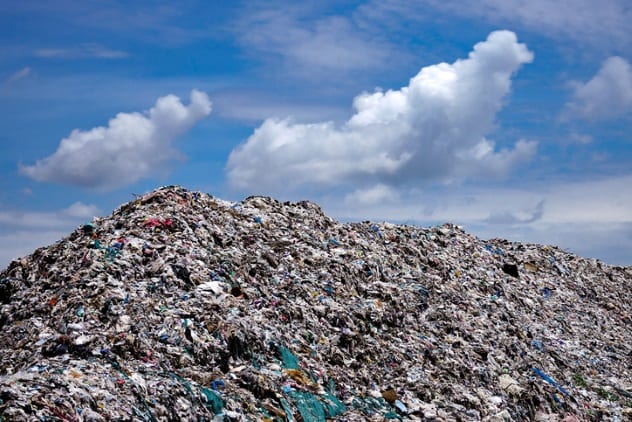 The candle market in the US alone is worth $3 billion. Considering that the average candle gives six hours of burn time, many people opt to buy cheap and often. Now, consider what happens to those burned-out candles once they have filled your room with the scent of vanilla or bubble gum.

They get thrown in the trash, end up in landfills, and around 1,000 years later—they are still there.[3] Most households focus their recycling efforts on paper and food waste. After a candle has melted into a pool of wax, all that is left is the plastic or glass casing. People don’t think to clean out the wax and recycle or reuse the glass. Even when recycled, thick, heat-resistant glass melts at a higher temperature, causing damage to machinery. Scented candles are the impulse buy that can practically last forever.

7 They Can Seriously Damage Your Health 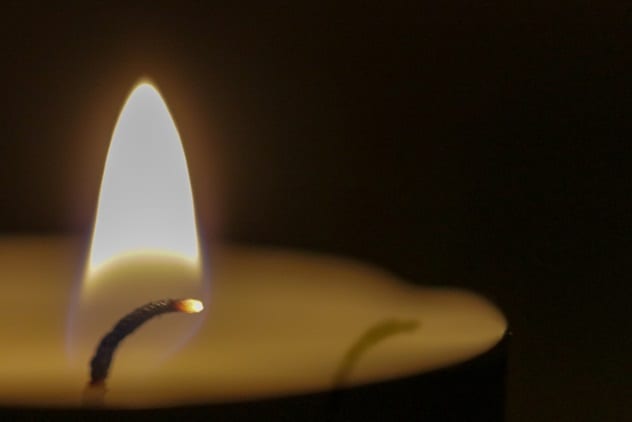 The cheapest and most widely used candle is made of paraffin—which is derived from petroleum. When burned, it releases a toxin called toluene, which has been found to cause DNA strand breakdown, affecting the nervous system. The next problem is the synthetic fragrance and dye added to the candle. When burned, a scented candle releases more soot particles into the room, and these can contain zinc, tin, and lead.

Dr. Amid Hamidi of South Carolina State University found in a study that paraffin candles produce “clear sharp peaks” for many chemicals because when they’re burned, they don’t reach temperatures high enough to destroy the toxic molecules released.[4] Breathing in this carcinogenic soot can aggravate preexisting conditions such as asthma and lung and heart disease.

So, if you are an occasional candle user, you shouldn’t worry about any long-term health effects. People who regularly burn candles in unventilated areas may want to start listening to relaxing music instead.


6 They Are Made From GM Crops 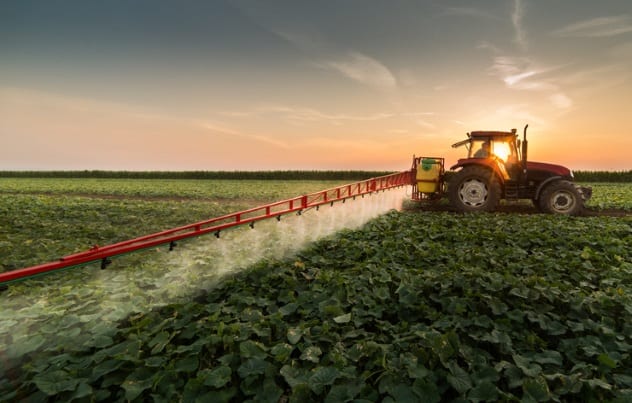 Most critics of paraffin candles will suggest soy as a healthy alternative. Soy candles are marketed as a vegan and cruelty-free product. Globally, 324 million tonnes of soybeans are produced each year, but their production does involve some very unhealthy methods.

More than 90 percent of soy is genetically modified, and GM soy crops are treated with toxic pesticides.[5] Even a pure soy candle will require some paraffin wax to help it burn, which brings us back, once again, to toxic fumes and carcinogens from candle smoke.

5 They Are Destroying The Rainforest 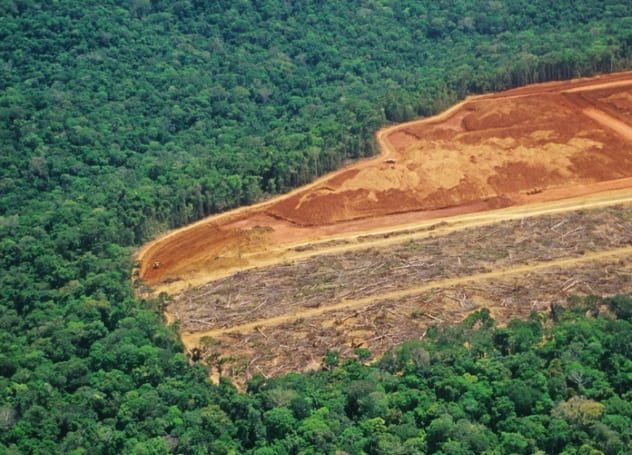 Palm wax candles were once sold as a natural and environmentally friendly choice. Palm is the most widely used vegetable oil in the world and is included in most processed foods. The palm oil industry is under scrutiny, however, due to its efforts to increase production.

Palm plantations cover 27 million hectares of the Earth’s surface.[6] Swaths of rainforest are being cut down to make way for palm-producing farms. Eighty-five percent of the world’s palm oil comes from Asia. Here, the bulldozing of the rainforests is forcing orangutans, elephants, and tigers out of their natural habitat and into an uncertain future. The torching of the rainforests is increasing carbon emissions as well as driving indigenous people from their homes.

Palm wax candles may be more natural, but they could cost the Earth. 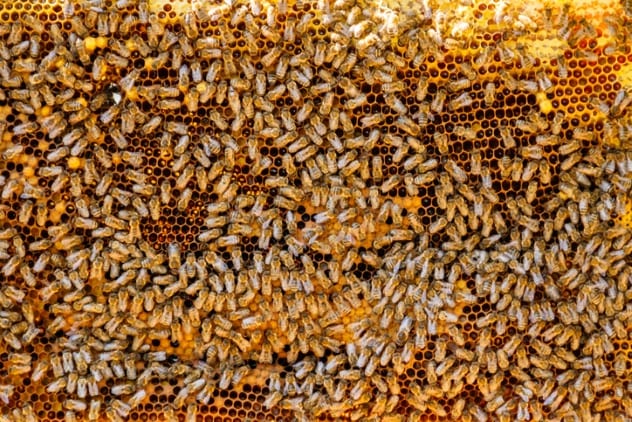 Beeswax candles are seen as a natural, sustainable option, but they could be the most damaging of all.

Bees are essential pollinators. The Food and Agriculture Organization (FAO) of the United Nations reports that 90 percent of the world’s food is derived from 100 crop species. Bees pollinate 71 of these crops.

A worker bee may visit 10,000 flowers in one day but produce just one teaspoon of honey in its lifetime. In order to harvest honey for commercial reasons, bees are kept in factory farms in unnatural living conditions.

Bees collect nectar from plants, which they use to make and store honey to feed their hive. Farm workers remove the honey and honeycomb and replace it with white sugar. The honeycomb is sold for commercial use, including beeswax candles.

Large-scale honey production has existed for years but is now threatened by colony collapse disorder. This is when worker bees abandon their colony, leaving behind the queen and younger bees that are unable to feed themselves. An estimated 10 million beehives were lost from 2007 to 2013.[7]

Honeybees are fleeing their homes for many reasons, including pesticides, global warming, and the varroa mite, but, more worryingly—stress and malnutrition.

A decline in bees not only puts fruits and vegetables at risk. Meat and dairy products originate from animals raised on crops that have been pollinated by bees. If bee colonies continue to vanish, food production will slow down. Combine this with a growing population, and it is clear how precious the bee is to our future. 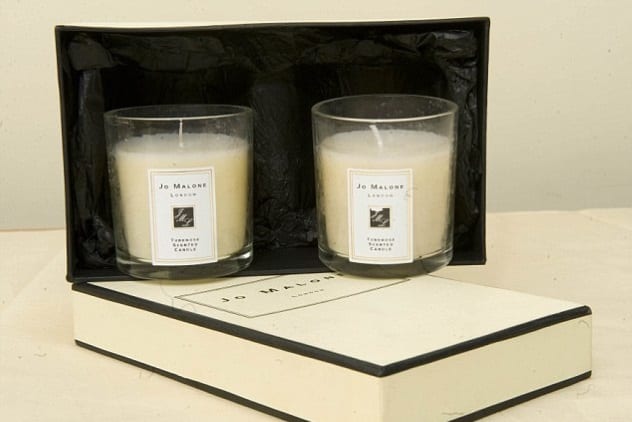 As premium-brand candles rise in popularity, the market is flooded with copycat fakes at a fraction of the price. Officers at the Border Agency counterfeit team at Heathrow Airport, London, regularly stop crate loads of bogus designer goods. Among them are fake Jo Malone candles, which were found to explode when lit and contain banned ingredients.[8]

There is an even darker side to buying fakes: The trafficking and sale of counterfeit goods provides criminal organizations with a steady income and proven method of money laundering. Low-paid workers are exploited in unregulated and often dangerous conditions. Criminal gangs use the same methods and routes to move counterfeit goods as they do with drugs, guns, and people.

The United Nations Office on Drugs & Crime has launched a campaign called “Look Behind” to raise awareness of the true cost of buying fakes.


2 They Can Kill You 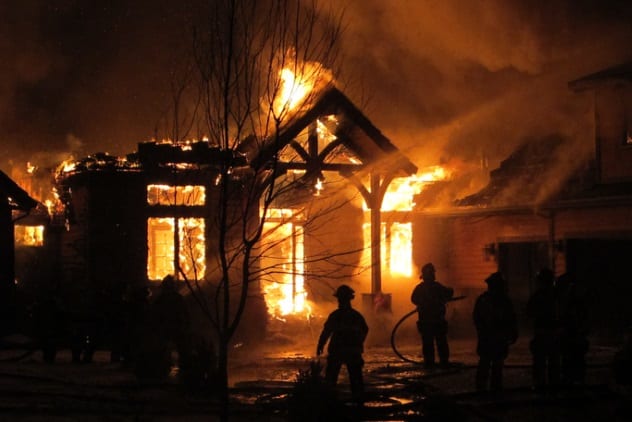 Most people have a basic understanding of candle safety, but a closer look at statistics proves just how deadly they can be.

From 2012 to 2016, US fire departments attended roughly 8,200 home fires caused by candles per year. That’s an annual average of 80 deaths and 770 injuries. Its no surprise to learn that 37 percent of these fires started in the bedroom, and falling asleep was stated as the reason for 11 percent of these fires.[9]

Tea lights are often the most dangerous. Because they have a flat metal base, many people place them on unprotected surfaces. Once left to burn, they can reach very high temperatures and melt into surface materials.

In 2014, a man in Chatham, UK, spelled out his lover’s name in tea lights on their bedroom floor. His romantic gesture was ignored as the carpet caught fire, leaving him with a seriously smoke-damaged home.

1 They Can Kill Lots Of People 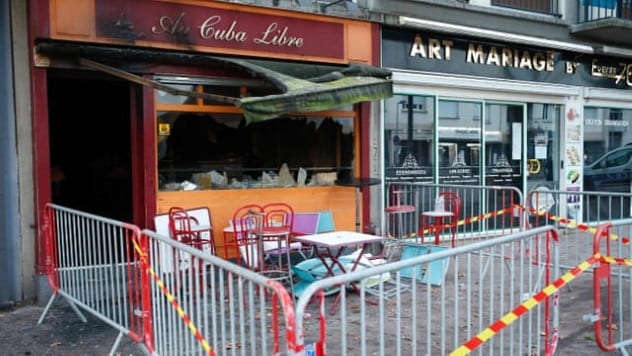 A celebration ended in tragedy in 2016 at a basement bar in Rouen, France. A party guest was making his way down steep steps while holding a birthday cake with burning candles on it. He tripped and fell down the stairs. The flames quickly reached the ceiling, which was made of highly flammable polystyrene tiles.

The tiny room was filled with thick, toxic smoke, and 14 people suffocated. Six were left seriously injured, and 50 firefighters were needed to put out the blaze at the Cuba Libre bar. The victims were aged between 18 and 25.[10]

I am a true crime enthusiast and lover of words.

Read about what else might ruin everything for you on 10 Ways Doing The Right Thing Can Ruin Your Life and 10 Ways Technology Is Ruining Your Love Life.