Far too often, the media focuses on negative events while positive news items take a back seat. That’s not the case here as this list covers only stories that inspire, amuse, and uplift. If weirdness is your thing, you can also check out the offbeat list.

This week is all about well-deserved recognition. A World War II spy receives a Congressional medal, a retiring mailman gets his dream holiday, and a 10-year-old crossing guard is rewarded for saving a life. There’s also the first photo of an albino panda and the official day of kindness in honor of Mr. Rogers.

10 A Day Of Kindness 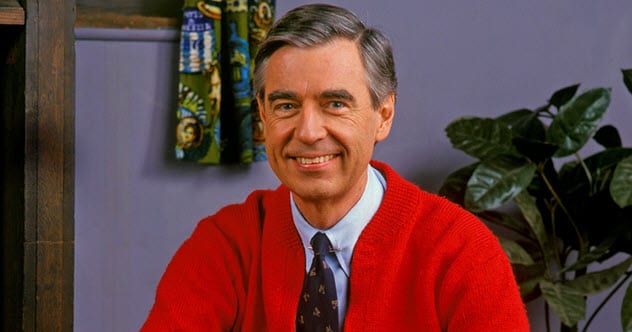 The state of Pennsylvania celebrated its first annual day of kindness inspired by its most wholesome native, television personality Fred Rogers.

The presenter wrote, produced, and hosted a children’s TV program called Mister Rogers’ Neighborhood for over three decades. It was filmed in Pittsburgh. He cultivated a friendly and heartwarming persona that resonated with young and old alike. It made him a beloved public figure fondly remembered even now, 16 years after his death.

Last week, Pennsylvania commemorated Mister Rogers as Governor Tom Wolf declared May 23 to be “143 Day” where people honor the TV presenter by following his example.[1] The name of the holiday comes from the “1-4-3” code which Mister Rogers used to say “I love you” based on the number of letters in each word. May 23 was chosen because it is the 143rd day of the year.

Many people took to social media to detail some of the nice things they did or witnessed to mark the occasion. Those in need of a little inspiration could use the state website and access a “kindness generator” which offered them randomized ideas of good deeds.

9 Off Into The Sunset 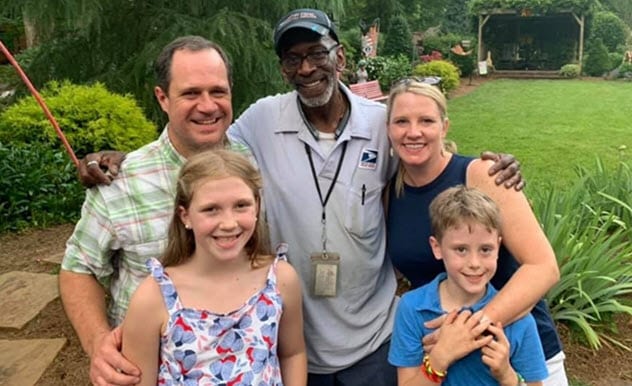 A neighborhood in Cobb County, Georgia, threw a retirement party for its beloved mailman to thank him for 35 years of service.

As Floyd Martin made his deliveries one final time, he noticed that many mailboxes were decorated with balloons, flowers, and kind words that showed appreciation for his affability and dedication. He had worked this route for decades and was known to carry treats for pets and children.

In fact, he would always stop for a friendly chat with the people he encountered along the way. After Martin’s deliveries were done, there was a block party waiting for him in celebration of his retirement.

Besides the festivities, Martin’s neighbors also started an online fundraiser to send the postman on his dream vacation to Hawaii. It raised $33,000 in just four days, massively exceeding its goal of $5,000. Moreover, Delta Air Lines heard about his story and offered to take care of his flight to kick off his retirement in the best way possible.[2] 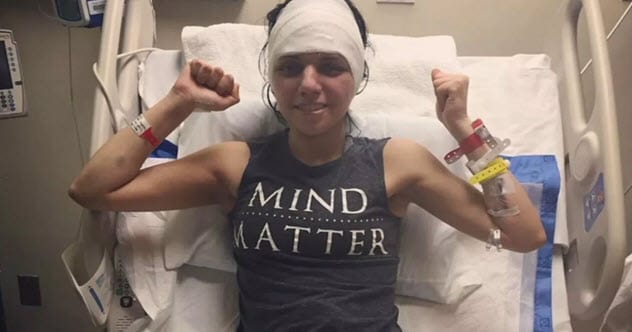 One determined student would not let a pesky debilitating condition get in the way of her dreams. After six brain surgeries, Claudia Martinez is in her final year at UTHealth McGovern Medical School in Houston, Texas, and on track to graduate next year.

In 2012, Martinez began suffering from headaches and blackouts. A neurosurgeon gave her a shattering diagnosis. She had a rare condition called Chiari malformation. The back of her skull was not developed properly which caused brain tissue to extend into her spinal cord. She needed immediate brain surgery. Otherwise, she risked paralysis.

Five more surgeries followed the first one. After the last one in February 2017, Martinez suffered a stroke and had to relearn how to do even the most basic actions.

Despite her hardships, Martinez was determined to pursue her medical dream. She went through extensive rehab and used an exoskeleton for months to master walking again. Now she is set to graduate from med school and even hosts an annual charity walk to raise funds for Chiari malformation research.[3]

7 I Spy Something Gold 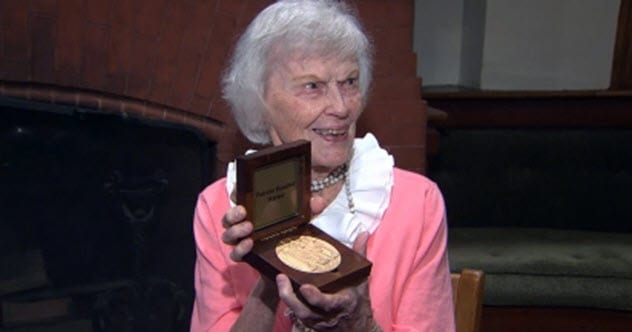 A nonagenarian woman from Lincoln, Massachusetts, received the Congressional Gold Medal on Tuesday as overdue recognition for her efforts as a spy during World War II.

Patricia Warner was presented the award by Representative Katherine Clark at the Lincoln Public Library in front of friends and family for her work behind enemy lines. In 1942, Patricia’s husband was killed in combat at the Battle of Guadalcanal. Wanting to help, she joined the Office of Strategic Services, the precursor to the CIA.

Warner traveled to pro-Nazi Spain where she spent two years spying on members of high society under the guise of a secretary. She also communicated with resistance fighters from the French underground and helped downed American pilots escape the country.[4]

Warner said she never thought she needed thanking but was very grateful and touched to receive the honor. The ceremony took place shortly after her 98th birthday. 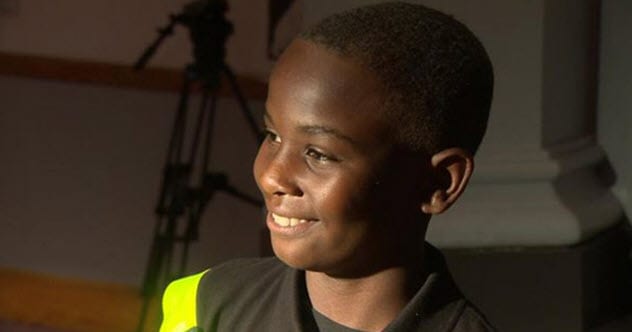 A 10-year-old boy from Pennsylvania received a medal from AAA for saving the life of a kindergarten pupil on his first day as a safety patrol member.

Arnez Logan is enrolled at Duquesne Elementary School. He decided to join the School Safety Patrol program organized by the American Automobile Association (AAA). His very first day on the job, Arnez encountered a young student who ran past him and was heading to cross the street as an oncoming car was speeding toward them.

Logan says his instincts simply kicked in as he grabbed the inattentive kindergartner and pulled him to safety as the vehicle raced past them.[5]

For his quick-thinking actions, Arnez Logan was honored during a school-wide assembly on Tuesday. He also received the AAA School Safety Patrol Lifesaving Medal, becoming only one of four students to earn it this year.

5 It’s The Thought That Counts 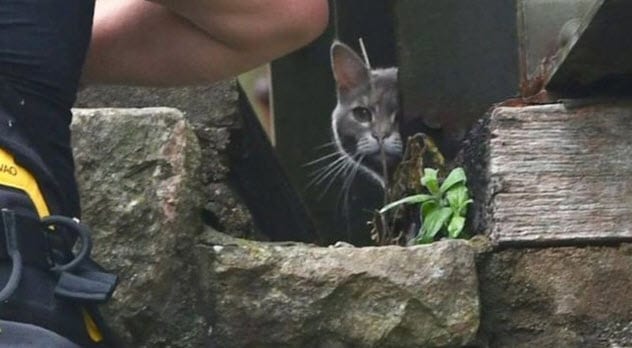 Emergency responders tried in vain to rescue a cat stuck on a railway bridge for six days in Cornwall, England. In the end, the troublesome feline got tired of waiting around, climbed down on her own, and walked back home.

Hatty, the five-year-old moggy, disappeared from home two weeks ago. Last Friday, she was found on a perch to the side of the Royal Albert Bridge which connects Plymouth and Saltash. How exactly she got there remains a mystery, but rescuers believe the cat got scared after a train rushed by her.

It looked like the animal was stuck. The section was too high from which to jump down, and the side of the bridge was too steep to climb back up. Firefighters came to the rescue.

They had to cut through the undergrowth so they could position a tall ladder on the pillar supporting the area where Hatty was sitting. They tried to coax her out with a variety of treats, but nothing seemed to work. Owner Kirsty Howden looked on helplessly.

The rescue operation was temporarily called off. But a new attempt was in the works as Network Rail was even planning to close down the line to help the firefighters. Howden was getting ready to join the second endeavor when she heard meowing outside. Hatty had somehow escaped on her own and returned home. She was “a bit skinny and smelly” but otherwise in good shape.[6]

4 The Regional Memesmith Of Portland 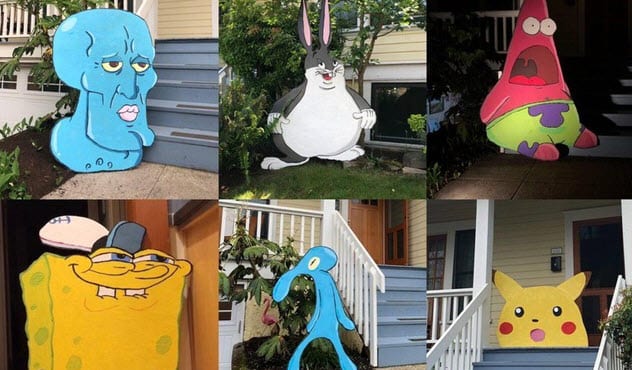 One man from Portland, Oregon, developed a unique way of “(giving) people an excuse to smile” by building cardboard cutouts of cartoon memes, hiding them around town, and organizing scavenger hunts for residents to track them down.

The idea started three months ago when Mike Bennett created a cutout of Hobbes from Calvin and Hobbes using some spare plywood and paint. He put it in his front yard and, following a positive response from onlookers, he made some more. They all reference popular online memes using famous cartoon characters such as fat Bugs Bunny, “Why not Zoidberg?”, and Homer Simpson disappearing into a hedge.

At first, all of these were displayed in Bennett’s yard or garden. Recently, however, he decided to combine his newfound hobby with his love of scavenger hunts and began hiding them around the city.

He would leave clues to their locations on the Portland subreddit. He was even presented with the unofficial title of “Regional Memesmith” by the forum’s moderators. Bennett has started taking votes on which characters to do next and is currently working on Dr. Seuss’s Lorax.[7] 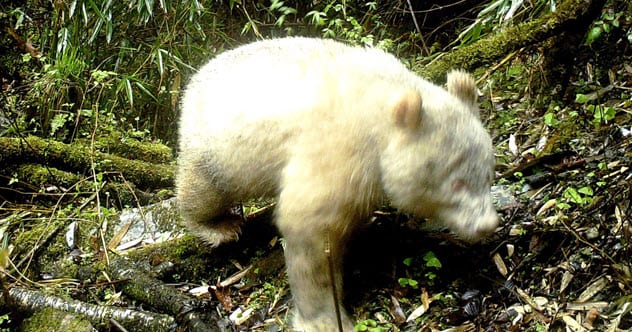 An infrared camera snapped the first ever image of a wild albino panda in China’s Wolong National Nature Reserve in Sichuan province.

Prior to this, there were rare instances of bears in the Qinling region which had a “whitening mutation” that caused their black fur to turn into a light brown. However, Wolong officials claim that this is the first depiction of an all-white giant panda. Although the image is not crystal clear quality, the bear also has reddish eyes which is another telltale sign of albinism.

Albinism is an uncommon condition that can affect all mammals. It comes with a range of downsides, such as vision problems and increased sensitivity to light. It also makes animals much easier to spot which is a drawback if you are prey or predator.[8]

That’s why it is rare to see albino animals in the wild. Given how reclusive pandas are in general, seeing an albino panda bear is exceedingly remarkable.

From the image, the animal appears to be young and in good health, although its gender cannot be ascertained. Wildlife officials plan to install more cameras in the area to try to track the animal plus any potential offspring. 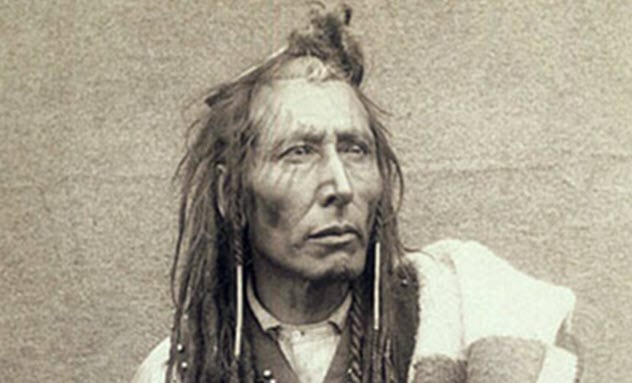 Last Thursday, the Canadian government held a ceremony in which Prime Minister Justin Trudeau issued a formal apology and exonerated Cree leader Chief Poundmaker of the “treason-felony” he was charged with almost 135 years ago.

Back in March 1885, amid high tensions between the government and First Nations, Poundmaker and his men traveled to Battleford to meet with an “Indian agent” who owed them rations. There were reports of looting, which was blamed on the Cree. However, plenty of historians believe it was either settlers or other First Nations people and that Poundmaker might have even tried to stop them to prevent violence.

Tensions came to a head in May 1885 when 300 Canadian troops attacked Poundmaker’s camp and were defeated. Even though the Cree leader ordered his men not to pursue the retreating soldiers, he was still charged with treason and imprisoned. He spent less than a year in jail, but his health became so poor that he died soon after being released.

Trudeau admitted that Poundmaker was painted as a criminal and a traitor, but that “in 2019, we recognize the truth.” He acknowledged the Cree leader as a peacemaker who “sought to prevent further loss of life in the growing conflict in the prairies.”[9]

1 The Tiniest Bundle Of Joy 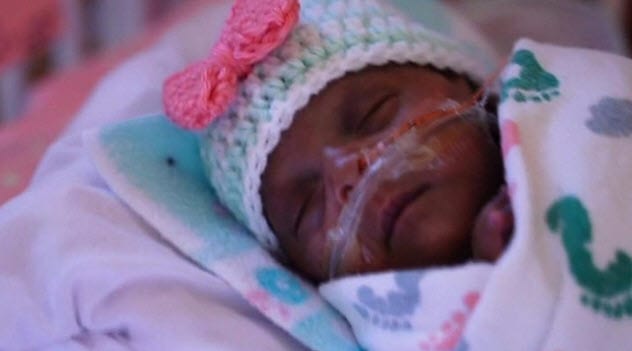 The smallest surviving premature baby in the world was released from the hospital this week in good health.

Saybie was born in December 2018 at 23 weeks and three days at Sharp Mary Birch Hospital in San Diego, California. At just 245 grams (8.6 oz), she weighed about the same as an apple. The preemie was transferred to the intensive care unit, but doctors were certain that her outlook was grim.

At one point, her parents were told that she only had a few more hours to live. Now it is five months later, and Saybie went home weighing a healthy 2.5 kilograms (5.6 lb).[10]

As she was born before 28 weeks of gestation, Saybie is considered a “micro preemie.” Fortunately for her, she didn’t experience any of the serious medical problems associated with the condition.