This list aims to counter the doom and gloom which is too prevalent in the media. We’ll take a look at 10 stories meant to lift your spirits and inspire. Of course, if you’d also like a side of peculiar with the positive, check out the offbeat list here.

A lot of animals are featured in this week’s list. There is the cat who is the King of Ruddington, the North Pacific right whale that sings for the first time, and Scamp the Tramp who claimed top honors at the World’s Ugliest Dog contest.

10 All Hail The King Of Ruddington 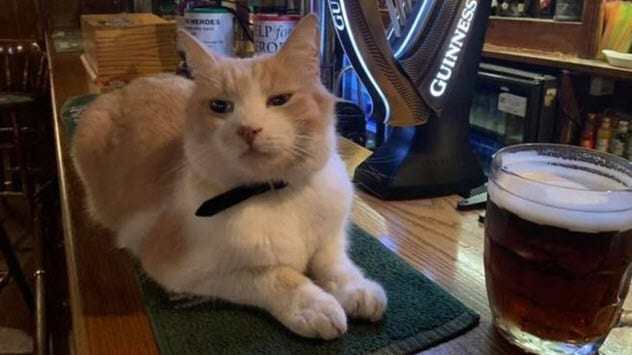 An entire English village in Nottinghamshire got together to plan the 10th birthday celebration of its most beloved resident, Wilbur the cat.

Originally, Wilbur belonged to local Cathy Appelbee. However, about five years ago, she brought home two rescue kittens. Clearly wanting to be an only child, Wilbur left.

He became, more or less, the village cat, although Appelbee still takes him to the vet. The cat was embraced by the community, who provided him with a steady supply of food and attention. Soon enough, Wilbur had been dubbed “King of Ruddington” and had his own Facebook page set up.

The king has two different parties to look forward to in July. They will take place at two of his favorite haunts: the Nottingham Building Society and the Frame Breakers pub.

The latter will be a grander affair that is open to the public. Wilbur-themed merchandise will be sold to raise money to buy defibrillators for heart charities.[1]

9 Loving On A Prayer 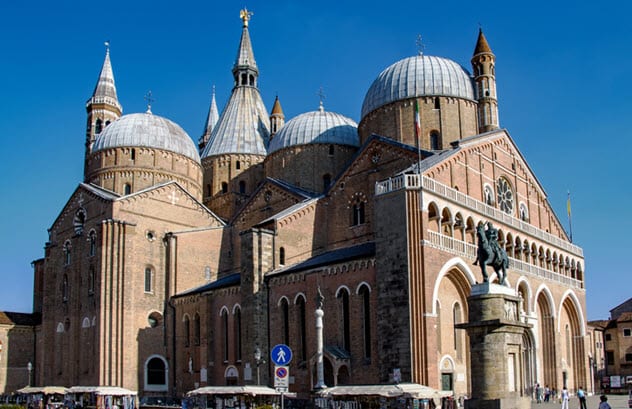 Last Saturday, the Basilica of Saint Anthony of Padua in Italy hosted a singles’ event where hundreds of people turned up looking for love.

The idea was based on a tradition from the saint’s native country of Portugal where people often ask Anthony’s guidance when looking for a soul mate. The event, titled “Saint Anthony, matchmaker,” was open to singles between 20 and 50 years old and involved a “get to know you” meeting followed by mass. Then came an evening party with the theme “Love is all around.”[2]

With hundreds of people registering in the hours after the announcement, there was concern that the basilica wouldn’t be big enough. Only time will tell if any of them found that special someone. Two couples were brought together at last year’s inaugural edition, but it was much more low profile than this one.


8 The Two-Wheeled Adventures Of Pedro

Using parts from a toy store, vets built an improvised wheelchair for a turtle missing his back legs.

Pedro the turtle is either accident-prone or a daredevil. When he was originally adopted, he was missing a hind leg, although nobody was sure how it happened. Recently, he ran away for a few months. When he finally turned up, he had lost the other back limb as well. Again, nobody knows how he did it, but it was clear that Pedro now needed some help getting around.

His owners brought him to the Louisiana State University’s Veterinary Teaching Hospital in Baton Rouge. The vets there put their MacGyver skills to the test and whipped up some wheels for the turtle using a LEGO car kit, some syringe parts, and animal-safe epoxy.[3]

Now Pedro can zoom around faster than ever. Most likely, he will make another trip to the vet hospital once he loses another leg.

7 The Song Of The Deep

For the first time ever, researchers have recorded the song of the North Pacific right whale.

Back in the 1960s, we heard the first stirring call of a cetacean when scientists recorded a humpback whale. Its evocative song became a staple of environmental groups and new age music. Since then, researchers have found other whales that can carry a tune and now the National Oceanic and Atmospheric Administration (NOAA) has added the endangered North Pacific right whale to the list.

We have heard this species make moans, clicks, and other vocalizations but nothing with the rhythm or pattern to qualify it as a song. That was until summer 2010 when NOAA researchers went through a backlog of recorded data and distinguished “gunshot calls” in a pattern that was unlike that of other recorded whales.[4]

It wasn’t until 2017 that they were able to catch the song in real time, triangulate its position, and get a visual confirmation on the male right whale singing the tune. 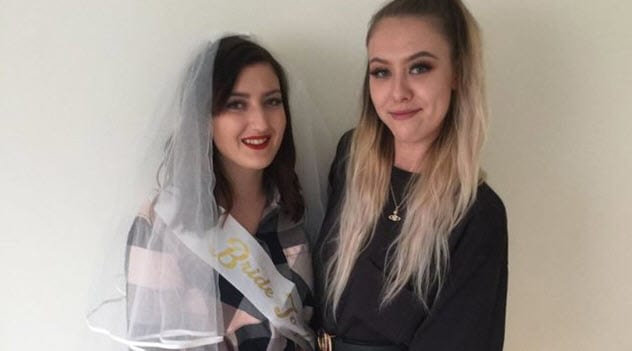 A couple of girls returning from a hen party in North Walsham, Norfolk, saved the life of an elderly man trapped in a burning building.

Last Sunday night, bride-to-be Kayleigh Brown and her friend Harriot Woods were coming home after Kayleigh’s hen do, or bachelorette party, as it’s known across the pond. They saw smoke coming from a house and called the fire department. However, when they heard screams coming from inside, they knew they couldn’t just wait around.

The women managed to kick open the back door. Woods rushed up the stairs and found a man in his seventies who was unable to climb down on his own. The two made it back safely.

Firefighters later arrived on the scene and found nobody else inside the building. A spokesman commended the ladies for intervening, saying that otherwise the story would have had “a tragic ending.”[5] 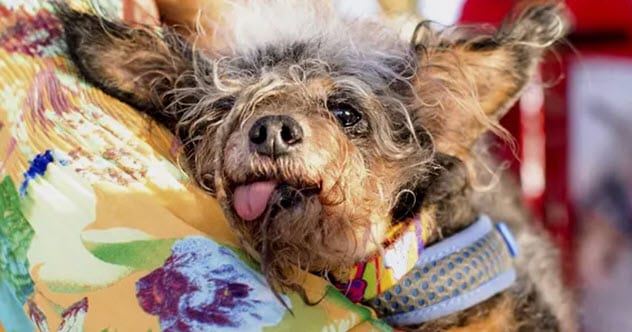 With his wiry hair, bug-eyed expression, and droopy tongue, Scamp the Tramp was named this year’s World’s Ugliest Dog.

The 31st annual event aims to show off pooches that aren’t much in the looks department but still have plenty of love to give. Scamp came close last year when he was runner-up but managed to take top honors in 2019.

According to his owner, Yvonne Morones, that makes him Scamp the Champ. Alongside the title and the trophy, the award came with $1,500 cash, a $1,500 donation to an animal shelter, and an appearance on the Today Show.[6]

Scamp perfectly illustrates that ugly dogs deserve some love, too. Before his showbiz career, he worked as a social therapy dog for senior citizens, a passenger greeter, a reading dog for first graders, and a representative for the Humane Society of Sonoma County. Morones sees his victory as a reward for his “beautiful spirit” and everything he has given to the community. 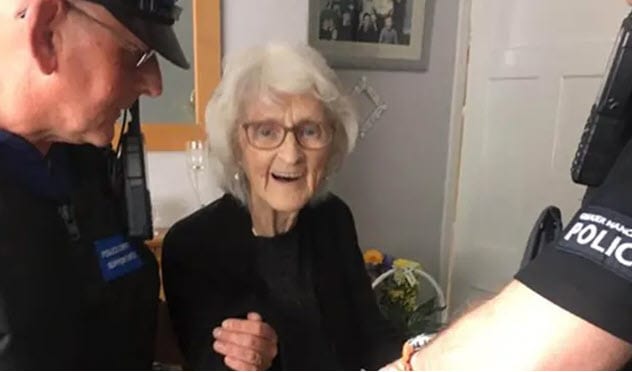 It seems that England is facing a wave of “ruthless” elderly criminals. Ninety-three-year-old Josie Birds is the second senior this year who was arrested by the police to cross a wish off her bucket list.

A few weeks ago, a police community support officer (PCSO) for the Greater Manchester police was approached by a woman with an odd request. Her grandmother had been an upstanding citizen with a “heart of gold” all her life, but she wanted to know what it was like “to be naughty.”

Last weekend, officers arrived at Josie’s home and arrested her. They placed the handcuffs on her and put the elderly criminal in the police van for a little trip down to the station. They accused her of robbing a Co-op and submitted her to a thorough interrogation. But they drew the line at putting her in a cell like Josie wanted. Instead, they gave her tea and cake.

Her granddaughter took to social media afterward to thank the Greater Manchester police, saying that her gran “thoroughly enjoyed” the experience.[7] 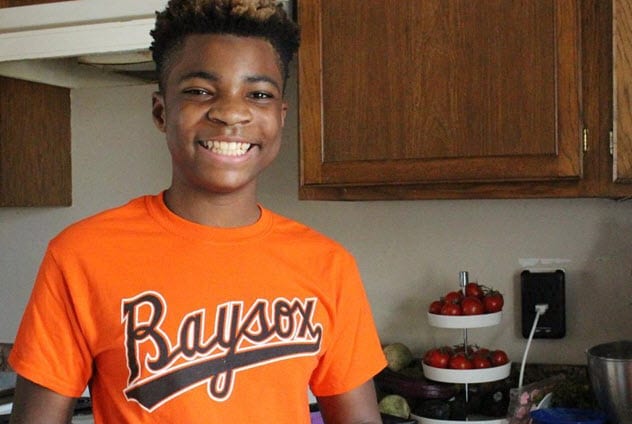 A 13-year-old boy from Bowie, Maryland, turned his passion for baking into a successful business that matches every sale with a donation to the homeless.

Right from the start, Michael did not want his business to be just about money which is why he also runs a one-for-one donation program. For every cupcake he sells, he gives another one away. Michael has partnered with a nonprofit called No Kid Hungry and makes donation batches about once per month.[8] 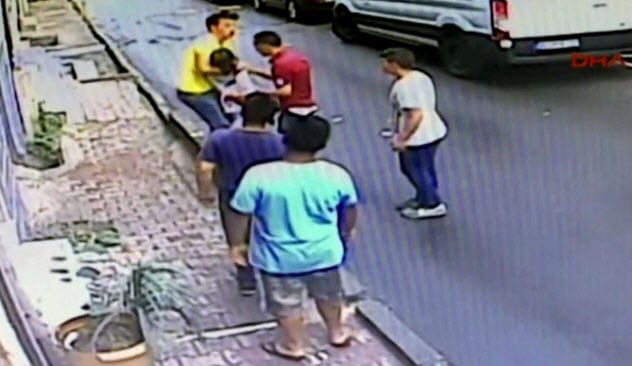 The story of two-year-old Doha Muhammed would have taken a turn for the devastating were it not for teenager Feuzi Zabaat being in the right place at the right time and having some excellent catching skills. The toddler stumbled out of the window of her second-floor apartment in Istanbul. Zabaat was walking down the street and caught her safely in midair.

A security camera filmed the whole thing. It shows the 17-year-old stopping to look up because he noticed the little girl hanging from the window. He gets in position just in time to catch her as she falls. Other pedestrians quickly surround him as he cradles the baby who was then returned to her parents without injury.

Feuzi was hailed as a hero and described as a “lion of a person” by one eyewitness. Doha’s father thanked him for his actions and offered him a reward for saving his daughter’s life.[9]

1 A Swim Through Eleven Cities 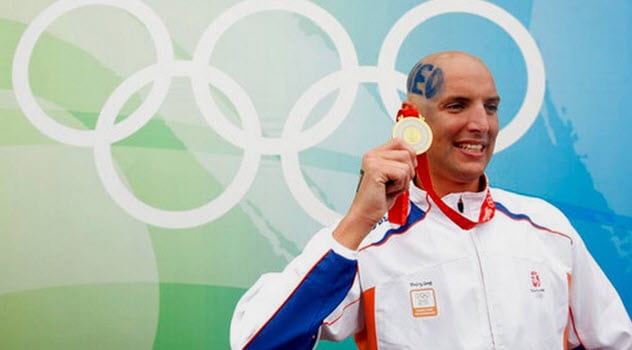 A Dutch Olympic swimmer became the first to complete a marathon of the Elfstedentocht and raised millions of dollars for cancer charities.

The Elfstedentocht (“Eleven Cities Tour”) is a famous skating tour first held in 1909 in the Netherlands. The 200-kilometer-long (120 mi) route passes through all 11 historical cities in the Friesland province.

The problem is that the event can only take place when weather conditions are right and the ice is thick enough. Sometimes, decades can pass between races.

The last Elfstedentocht took place in 1997. Since it didn’t look like the canals would freeze anytime soon, Dutch long-distance swimmer Maarten van der Weijden decided to adapt the concept and swim the distance instead of skating it.[10]

It took the Olympian a little over three days to finish the course. He completed the marathon Monday evening as he made his way into the city of Leeuwarden. Through sponsorships and donations, van der Weijden, a cancer survivor himself, raised an estimated €3.9 million for cancer research during this latest charity swim. The athlete first attempted this feat last summer but had to stop short due to illness.