Have you heard of Ebola? It’s this disease from West Africa that only kills people there, right? Unfortunately, Ebola hemorrhagic fever, or the Ebola virus disease (EVD), has been on the planet for decades and might be coming soon to a country near you (if it hasn’t been there already). Ebola is known as a hemorrhagic fever, which plainly means that it can affect major organs, damage blood vessels, and cause severe illness in humans. The deadly hemorrhaging virus has been responsible for over 11,000 deaths reported between 1976 and 2016.[1]

Recurrent in West Africa and with cases spread all over the world, it seems like EVD is not leaving us anytime soon. Most reported cases of EVD outside of West Africa have been from health workers who have worked in or been based in West Africa. These infections are a result of exposure to the disease from outside their home countries. As a result, the following ten places have had suspected or confirmed EVD cases over the past five years. 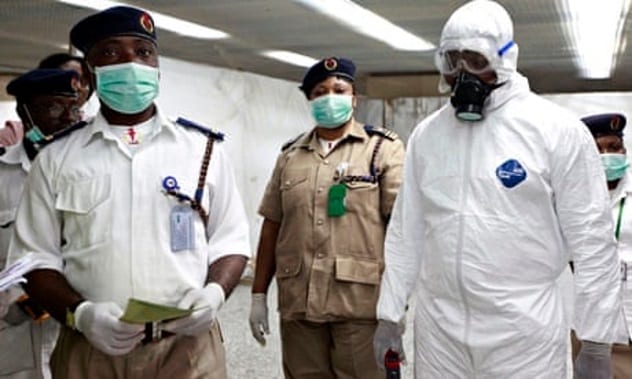 In the summer of 2014, a Liberian-American man flew from Liberia to the city of Lagos in Nigeria. On arrival at the airport, he became violently ill and unfortunately died five days later. Two leading infectious disease doctors who treated him at the hospital also died. This initial EVD case infected a total of 19 people, with seven of them consequently dying.[2]

The virus was eventually declared contained in October 2014 after 42 days with no new cases. In early 2018, the Nigerian Civil Aviation Authority urged Nigerian airports to be vigilant in detecting the virus and began thoroughly screening both passengers and crew arrivals from EVD-affected countries. 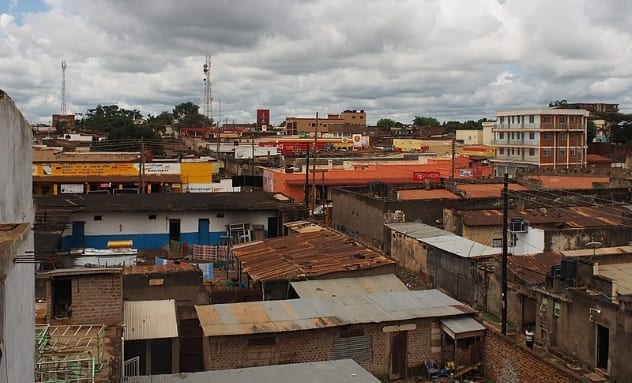 EVD cases were first reported in Uganda in 2000 and subsequently in 2012, 2014, and 2018. Due to their proximity, it is thought that the cases are linked to the EVD outbreak in the Democratic Republic of the Congo (DRC) and Sudan. Statistics show that there have been a total of 425 reported cases of EVD in Gulu, Northern Uganda, resulting in 224 deaths.[3]

Since early 2018, there has been an increase in suspected EVD cases in Uganda around the northern and eastern regions. These reports are increasing due to the return of EVD in the DRC and Sudan and a rise in refugees fleeing violence. Many cases have been identified as Marburg disease, a “sister” viral hemorrhagic disease of EVD which presents similar patient symptoms, including internal bleeding and vomiting. 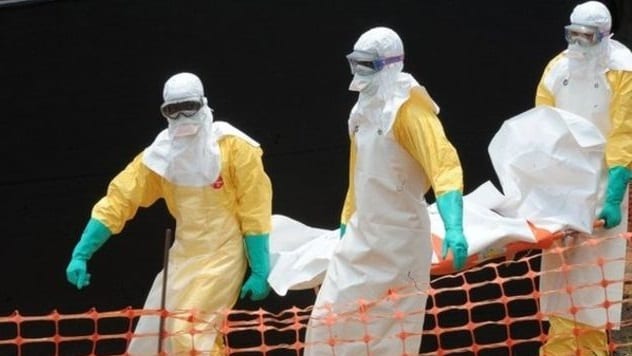 In 2014, an EVD-infected man from Guinea traveled to Mali and subsequently died. The infection spread to a further seven people, resulting in a total of six deaths.[4]

All the same, the response of the health care agencies and Malian government has been championed. There is no need to worry about being infected, as in 2019, Mali has been classified by the UK’s Foreign and Commonwealth Office as a no-go area for citizens from other countries. Only essential travel is advised in most of the country. 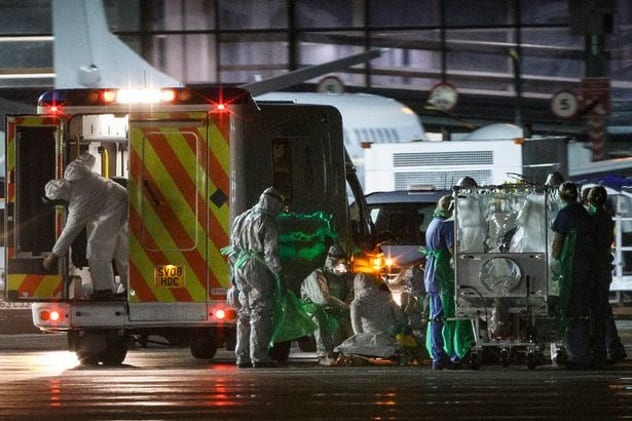 While working in Sierra Leone in 2014, a health worker became infected with Ebola.[5] She has been noted as one of the most controversial EVD patients, as she was undetected on arrival at Heathrow Airport in London. The attending doctor checked her temperature and noted that it was normal. (It was actually high.) However, the patient soon deteriorated and became ill with the virus after arriving home in Glasgow, causing a nationwide panic. The attending doctor has since been suspended due to faking the details of the patient’s examination.

Since this period, after months of isolation, the patient has recovered from the virus. She has, however, returned to the hospital for rechecks, as the Ebola virus has returned in different parts of her body. Twice more, she was close to death but fully recovered. This case has been noted down in history as one of the worst Ebola cases in the West. 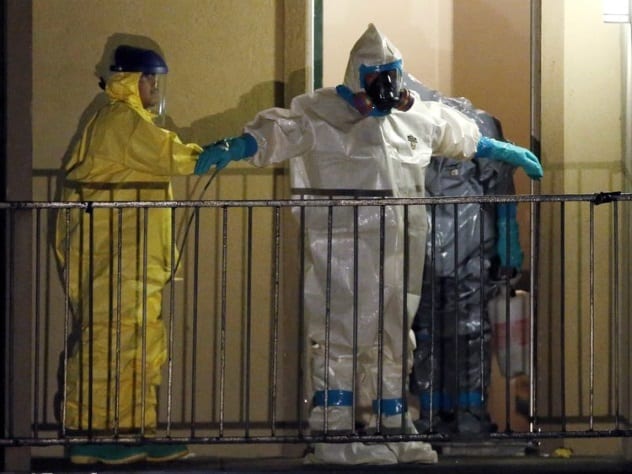 In 2014, a Liberian who had been visiting family in Dallas, Texas, became unwell with the Ebola virus and soon died in a hospital. It emerged that on arriving from Liberia, he had lied on his airport admission documents about the fact that he had been in close contact with EVD-infected people in West Africa. Subsequently, two nurses who attended to him also contracted Ebola. Fortunately, both the nurses survived.

One of the nurses went on to sue the parent company of the hospital for a lack of personal protective equipment and health and safety measures. This subsequently resulted in a settlement.[6] It is unknown if she is still working as a nurse. 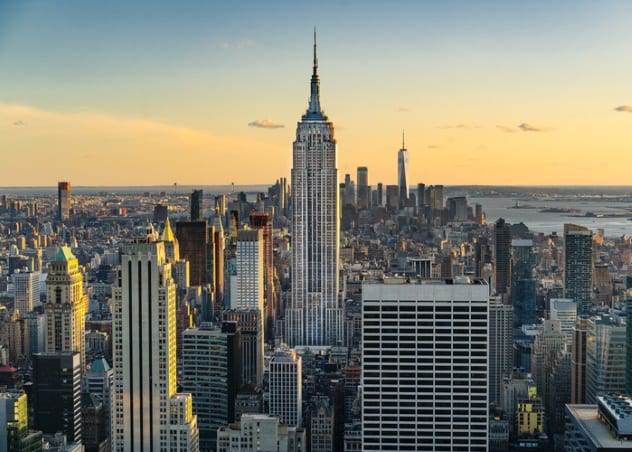 An emergency doctor who returned from volunteering with Medecins Sans Frontieres (MSF) in Guinea in October 2014 became ill just days after getting back to New York. He first went to meet friends and went bowling in the city before locking himself in his flat when he became suspicious of his high temperature. He was then transferred to Bellevue Hospital in New York and put into isolation. Three people who were in close contact with him were also put into isolation for security measures. He eventually recovered after weeks in the hospital.[7] 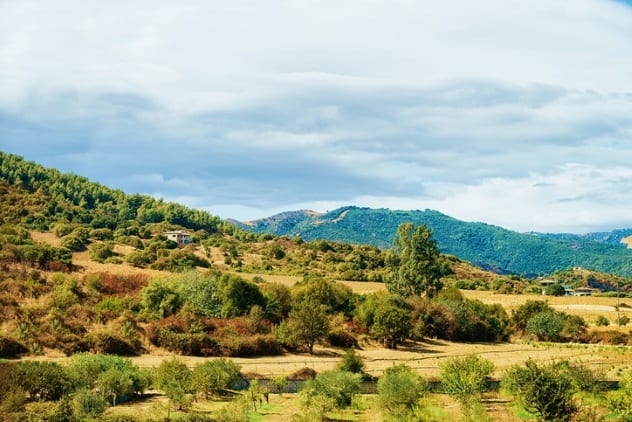 In 2015, a nurse returned to Sardinia after performing three months’ worth of humanitarian aid work in Sierra Leone with the charity organization Emergency. When he began to notice Ebola symptoms, he put himself into isolation and ultimately ended up under quarantine in a specialist hospital in Rome, Italy. The nurse was placed under the care of a doctor who had successful experience treating patients with Ebola and was eventually cured.[8] 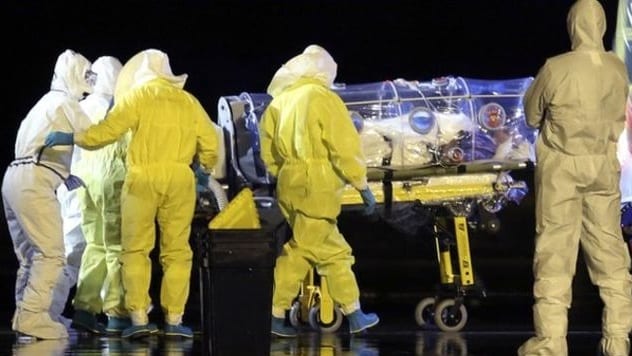 A Spanish nurse was infected with EVD while treating an infected patient who had been flown into Spain from West Africa. The EVD patient was a Spanish priest who had been working in Sierra Leone.[9]

The nurse survived. However, unfortunately, the priest later died. He was the second Spanish priest to die from EVD. The first had been working as a health worker in Liberia. 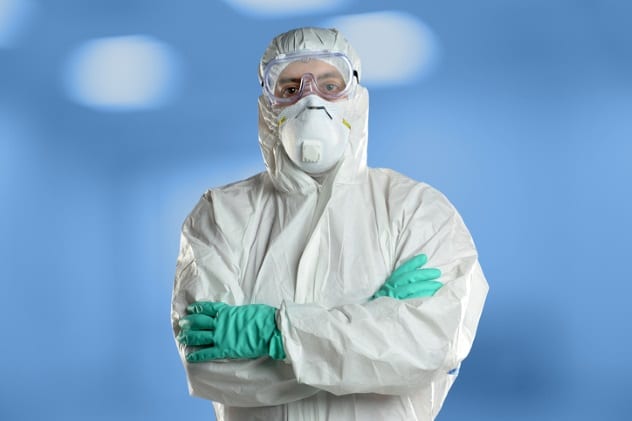 In 2014, A Nigerian security guard was tested for Ebola after visiting his family in Nigeria. He was placed in quarantine for three weeks, a fact which made headlines. The man said he felt victimized by the quarantine. Nigeria was declared Ebola-free only two days after his return.[10]

A Nigerian citizen staying at a Cornish navy base in Cornwall was also quarantined after becoming ill. However, test results identified a rare form of the monkeypox virus, and he was transferred to London for treatment. 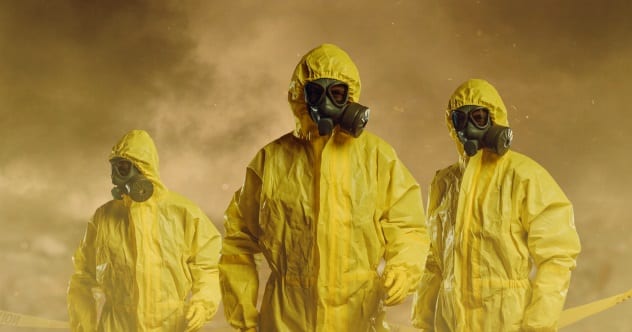 In 2014, a 40-year-old man returned to Saudi Arabia from a business trip to Sierra Leone. He soon became ill with the Ebola virus and was placed in isolation. He had returned to the country to make a pilgrimage to Jeddah and was stopped so that the disease could not be spread to hundreds of other pilgrims.[11] He is the only known Ebola victim to have traveled to Saudi Arabia.

World Health Organization experts state that Ebola can be passed through close and direct contact with infected people and through handling infected persons’ body fluids, such as blood and saliva. Health care staff are advised to follow strict precautions to reduce the risk of human-to-human transmission by following outbreak protocols. This includes using personal protective equipment when handling suspected or Ebola-positive patients and moving and disposing of the bodies of Ebola patients safely. Ebola is a deadly virus that can recur in different parts of the body months and years after initial infection and treatment.

So remember to wash your hands and watch out for any cuts if you’re traveling or working in any affected regions in Africa. Be sure to take precautions in countries such as Guinea, Sierra Leone, Libera, Nigeria, Sudan, the DRC, and Uganda during your travels.

Caroline Alice is a freelance writer and English language teacher with an interest in health and infectious diseases. Twitter @carolinealiceb