The things people obsess over are usually predictable. Sex, drugs, and alcohol are usual suspects. People may obsess about their weight or about much money they are making and how to make more of it. In country after country, these are common fixations.

However, some countries break the mold and establish new categories for obsession. Whether banal, obscure, or just plain goofy, the following national obsessions make you wonder what exactly is going on in their respective nations.

10 Russia Is Obsessed With Not Smiling 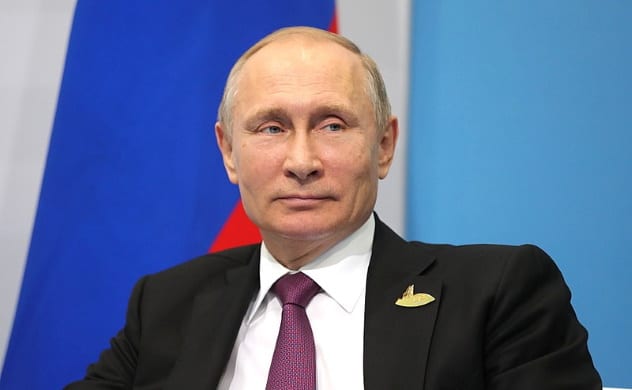 Russians are not big on smiling.

With that in mind, psychologist Kuba Kyrs at the Polish Academy of Sciences ran an experiment. He had thousands of people in 44 countries look at a series of eight smiling and non-smiling faces and asked them to assess those people for intelligence and honesty. When the results came in, the Russian participants ranked smiling people low on both intelligence and honesty.[1]

Kyrs’s research also indicated that the more corrupt a society was, the more likely the meaning of a smile was weakened, and the trustworthiness of the person smiling was undercut. And, no surprise, it just so happens that Russia is a very corrupt country. In a 2017 ranking of countries and public sector corruption, Russia finished a dismal 135 out of 180 nations.

9 Paraguay Is Obsessed With A Forgotten US President 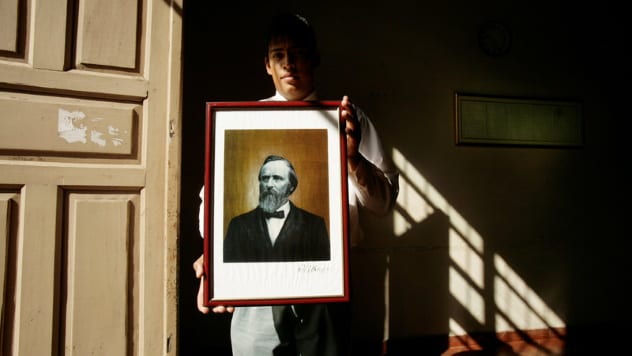 There are many long-dead, world-famous US presidents—like Abraham Lincoln, Franklin Delano Roosevelt, and John Fitzgerald Kennedy. However, there is one long-dead US president who is not famous around the world, or even in the United States, but is obsessed over in Paraguay. His name is Rutherford B. Hayes. He served from 1877 to 1881.

This obsession is perplexing until you learn that back in the 1860s, Paraguay fought the Triple Alliance War—so named because they faced an alliance of Argentina, Brazil, and Uruguay. Predictably, this did not go well for Paraguay; the nation lost huge swaths of land to Brazil and Argentina. Later on, Argentina wanted a large wilderness region in Northern Paraguay known as the Chaco. With no United Nations or World Court, the two countries asked the US to resolve the matter. President Hayes sided with, you guessed it, Paraguay.[2]

A very grateful Paraguay has named a city and a soccer team after him. They put his face on a postage stamp, and a bust of the man sits in the courtyard of an elementary school in the city of Villa Hayes. Forgotten everywhere else, Rutherford B. Hayes lives on as a hero in the hearts and minds of the people of Paraguay.


8 China Is Obsessed With Jaywalkers 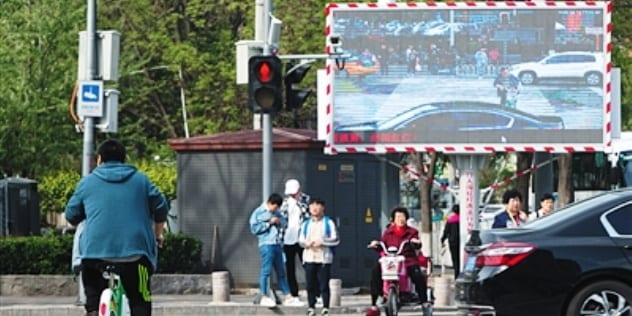 Walking across the street in China is a little more complicated. For instance, if you jaywalk, they put your picture up on public screens. If you want it removed, you have a choice: Help a traffic officer for 20 minutes, or pay a small fine.

In the city of Daye, they have installed bright yellow posts that spray the feet of jaywalkers. The system works with laser sensors. Move off the curb too early, and you get sprayed. Not only that, but the posts have facial recognition technology that display the offender’s face on a big screen beside the crossing. This system may be in place due to the over 260,000 road traffic fatalities in China in 2013.[3]

Or, the reason may be more sinister. China is apparently working on a social credit system that scores each and every citizen on how “well” they behave in public.

7 Iran Is Obsessed With Nose Jobs 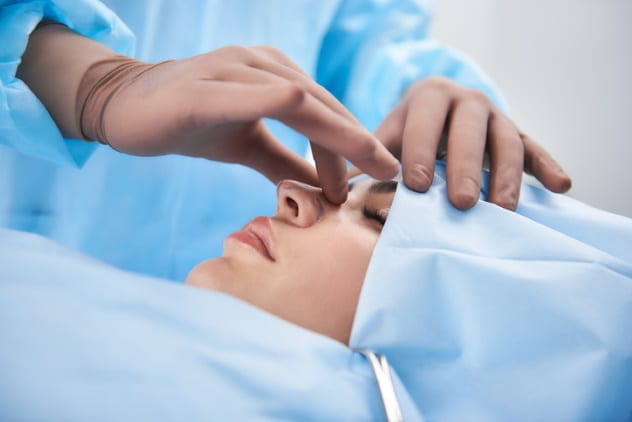 From 2011 to 2013, 240,000 Iranians underwent rhinoplasty. Ninety percent of all cosmetic surgeries in Iran are nose jobs. According to the Rhinology Research Society, it is Iran and not the United States which has the highest nose job rate.[4]

Iranian women wear a hijab that covers their hair and loose clothing to obscure their bodies. Busy Iranian plastic surgeon Nabiollah Shariati has opined that the Islamic dress code is what fuels the desire—mostly among women from 20 to 30 years of age—to get a nose job: “Because of the hijab women have to wear, the face becomes the most prominent part of the body.”


6 Iceland Is Obsessed With Licorice 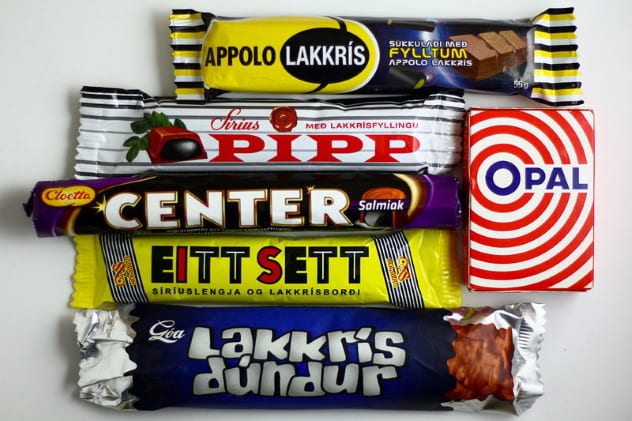 With a population of around 340,000, Iceland should be known as the “Land of Licorice.”

Iceland is mad about licorice. How mad? Gas stations and supermarket candy aisles are packed with black licorice. Ice cream shops offer soft-serve licorice that you can get covered in a licorice hard shell. They’re especially fond of taking the simple perfection that is chocolate and combining it with licorice. Icelanders consume large quantities of licorice powders, licorice-coated raisins, and chocolate-covered licorice gummies.

Why? In the early days, Iceland’s first settlers found it difficult to grow anything in the land’s harsh climate. Also, due to the icy waters that surrounded them, it made importing other foods a crapshoot at best. Enter licorice—which they found they could grow with ease. Quickly, it became the Icelanders’ go-to sugar fix.[5]

5 Germany Is Obsessed With A Little-Known British Short Film

Dinner for One – Freddie Frinton and May Warden

Every New Year’s Eve, upwards of 17 million Germans (or 21 percent of the population) gather around their TVs to watch an 18-minute comedy sketch from 1960s British television called Dinner For One.[6]

The sketch takes place at a dinner party. An old woman has invited her friends over for a feast to celebrate her 90th birthday. Trouble is, these friends have been dead for years. So, her butler has to not only serve the meal but pretend to be each and every one of her friends. Wackiness ensues.

This goofy TV tradition, which goes back roughly five decades, has inspired German catchphrases and drinking games. One theory as to why the Germans are so crazy about this ancient TV sketch is that they hunger for a time when TV brought the whole family together.


4 Taiwan Is Obsessed With Claw Machines 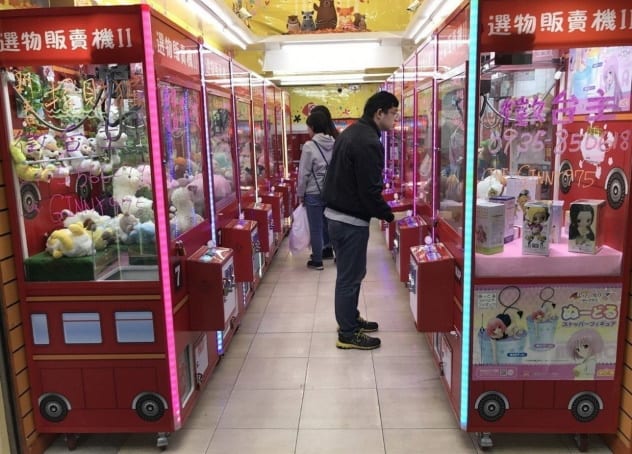 Claw machines rule Taiwan. Claw game arcades have increased three-fold over the last two years alone. According to the Taiwanese Ministry of Finance, one arcade exists for every two convenience stores in Taiwan. Recently, they have become Taiwan’s entertainment industry’s largest tax income source. Even the Taiwanese Central Bank had to get into the act and issue more coins to meet the incredible demand from players.

And the prizes in Taiwanese claw machines aren’t just stuffed animals, either. Some are packed with hairdryers, lingerie, and vegetables.

Economic reasons seem to explain the craze. Taiwanese wages are flat. Claw machines are cheap entertainment. So, to supplement their wages, workers see these machines as a great investment, and those who play see them as a cheap entertainment. It’s win-win or no-win, depending on the person operating the claw.[7]

3 Argentina Is Obsessed With Psychoanalysis 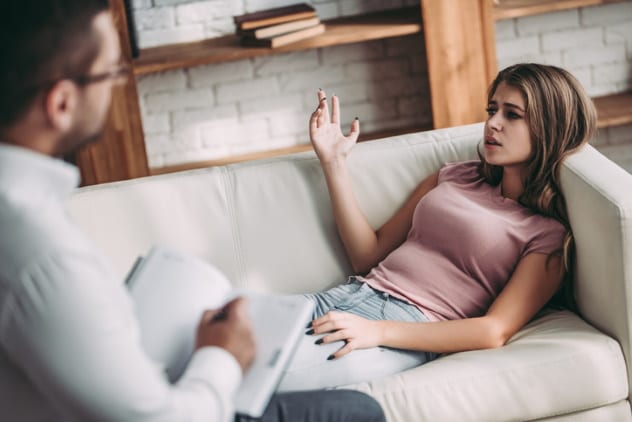 Argentina loves the couch—particularly lying on it. There are 194 psychologists per 100,000 people in Argentina. That is easily enough for first in the world. Finland is second, with only 57 per 100,000.[8]

Psychoanalysis is seen as so important to the average Argentinian that the nation’s current president, Mauricio Macri, is behind a push to get his fellow countrymen on the couch. One of his key advisers believes that Argentina “needs to be cured.” The government hopes that psychoanalysis on a huge scale may be the key to unlock the door to economic stability and curbing the country’s high inflation.

Experts seem to think that this hunger Argentinians have for delving into the deepest recesses of their psyche comes from the fact that most of them originate from families that emigrated from Spain and Italy. In other words, they have serious identity issues. Back in the 1990s, a common saying was that Argentinians “are Italians who speak Spanish, act as if they’re French and think they’re British.”


2 Australia Is Obsessed With Nicknames 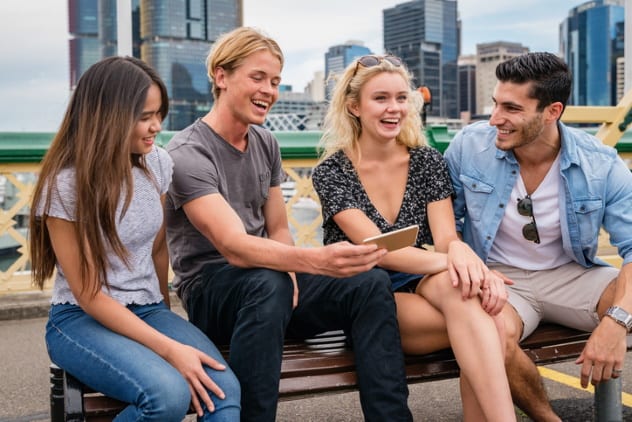 We all enjoy slapping nicknames onto people and activities. We call basketball “hoops” and dancing “cutting rug.” Marijuana itself has dozens of nicknames, including the awesome “wacky tobaccy.”

Australians, however, do it best and do it the most.

Oxford Dictionaries says that Australia gave us the single most important word of the 21st century: “selfie.” Australians call ambulances “ambos” and mobile phones “mobes.” Mosquitos are “mozzies,” and poverty is “povo.”

When Australians want to have sex, they may ask their partners if they want to “have a root.” If you are lonely or exposed, you would be “like a shag on a rock.” “Shag,” in this case, refers to a common Australian bird that likes to hang out on rocks by the ocean shore. Sorry.

Some believe that this Australian obsession with nicknames reflects key Australian values, “such as mateship, friendliness, informality, and solidarity with other Australians.”[9]

1 Denmark Is Obsessed With Being Cozy 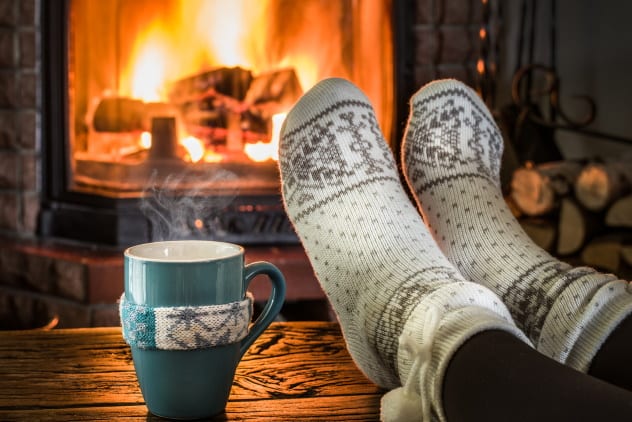 Deriving from a 16th-century Norwegian word, hugga, the Danish art of hygge is a national obsession.[10]

What some simply call “chillin’ ” the Danes define as “a quality of cosiness and comfortable conviviality that engenders a feeling of contentment or well-being.” In other words, chillin’.

Winter is when hygge is at its most hygge. It’s cold, unpleasant and anti-hygge outside, but inside, by the fireplace, with your wool socks on and a hot chocolate or, preferably, a latte in your hands, it’s very, very hygge. Just sit and drink and be.

And there may be something to this hygge. The latest World Happiness rankings list Denmark as second only to the Finns.

I am a writer based in Canada.
I come from a screenplay background. I have written for TV.
I am a huge film buff. I love music—write my own songs.
I am a natural skeptic. I even doubt myself sometimes.