As the end of the week approaches, here is the list that aims to put a few smiles on faces. If you prefer to start with a more quizzical expression, check out the offbeat list here.

This week, we are inspired by children doing awesome things. One young girl raises money to protect police dogs, while a boy sacrifices his Disney World trip to feed hurricane evacuees. At the opposite end of the spectrum, we also honor an officer who has been serving the community for almost seven decades and marvel at a veteran who became the oldest scuba diver in the world on his 96th birthday. 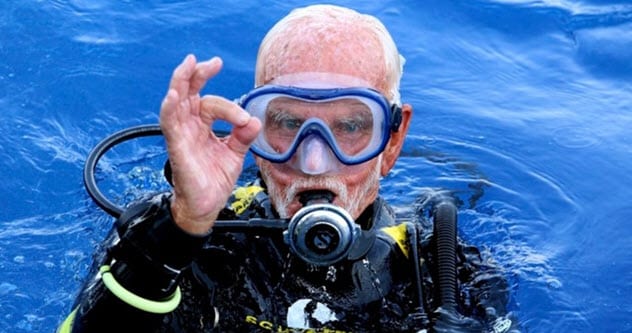 Woolley dived alongside a group of 47 other swimmers to a depth of 42.4 meters (139 ft) for 48 minutes, exploring the shipwreck of the Zenobia, a cargo vessel that sank in 1980 off the coast of Cyprus.[1]

The veteran has been exploring the depths of the oceans for 59 years and has set the record for the oldest diver for the third straight year. Naturally, he hopes that he can break it again next year as long as his “buddies” are still willing to dive with him. 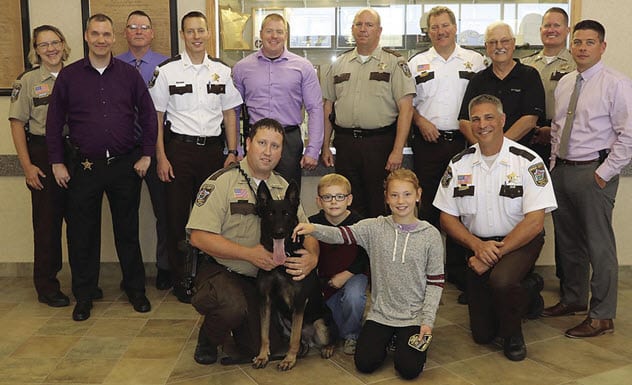 The K-9 units from Wright County, Minnesota, will be better protected from now on thanks to one 10-year-old girl who raised funds with a lemonade stand to buy them all special vests.

A few weeks ago, fifth-grader Josie Larson from Monticello found out that police dogs need protective vests just like people, but the sheriff’s department didn’t have enough money to buy them. She took it upon herself to equip the officers of “paw & order” by doing what she did best—selling lemonade.


8 Going Out With A Bang 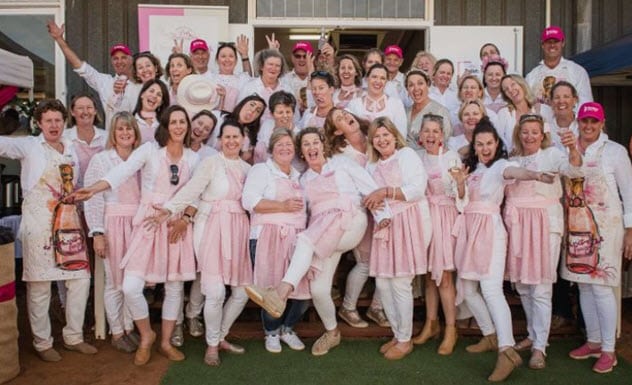 The final Weengallon Pink Ladies Day ended on a high note, setting new records for the charity event that has been going on for 20 years.

Normally, the Australian town of Weengallon is just a tiny blip on the radar, nestled between bigger cities on the border between Queensland and New South Wales. Once a year, however, it plays host to a women’s charity luncheon that has grown bigger and raised more money with each subsequent edition.

The Weengallon Pink Ladies Day first occurred in 2000 when 60 local women hosted a barbecue and a tennis day to raise funds for a kindergarten. This year, a record 740 tickets were sold in 10 minutes. Over 900 people ended up attending, raising over $60,000 for local breast and prostate cancer services.

The luncheon had always been organized exclusively by local volunteers, but the committee in charge decided that this will be the last year due to the affair growing so much in size. Even so, a third party has offered to take over the event. While nothing is definitive at the moment, there might yet be more editions of the Weengallon Pink Ladies Day to come.[3] 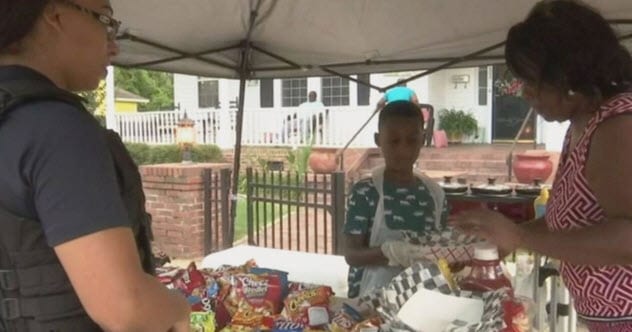 One six-year-old chose to use the money intended for his birthday trip to Disney World to feed people forced to evacuate their homes due to Hurricane Dorian.

Today is Jermaine Bell’s seventh birthday. His family has been saving up all year for a vacation at Disney World. However, the young man from Allendale, South Carolina, thought that there were ways to put that money to better use.

Specifically, he was thinking about all the evacuees who had to flee their homes along the coast to get out of the way of the massive storm. He wanted to make sure they had something to eat and drink to make it easier for them to “enjoy the ride.”

Jermaine bought hot dogs, water, and chips. He set up a stand along Highway 125 and held up signs offering free food for evacuees who were driving by. The boy first went out on Labor Day and served over 100 people. He says that he has served “a lot” more since then and promised to keep doing it until the end of the week.[4]

As far as Disney World is concerned, Jermaine wasn’t too disappointed. He says that he will simply visit it another time.


6 A Reunion Decades In The Making

A New Jersey transit officer helped reunite a homeless man with the two daughters he hadn’t seen in 24 years.

Decades ago, Jose Lopez separated from his wife and moved to Florida. He had lost contact with them after suffering multiple strokes which made him unable to work. He became homeless.

Recently, Lopez’s situation was stable enough that he was determined to see his daughters again. He made it to New Jersey and was at the Secaucus Junction train station when Crisis Outreach Officer Sean Pfeifer approached him and asked if he needed any help.[5]

Indeed, he did. Lopez needed to get to the town of Bradley Beach. More importantly, he needed a way of tracking down his daughters. Pfeifer started making calls. Before long, he found Kristy and Angela Viviani, who were eager to see their dad again. The transit officer also arranged for Lopez to get a shave and a haircut.

Earlier this month, father and daughters finally reunited after more than two decades apart. Lopez even got to see his grandchildren for the first time. He described the situation as being “in heaven.” Pfeifer was on hand for the reunion and admitted to “tearing up” behind the camera. 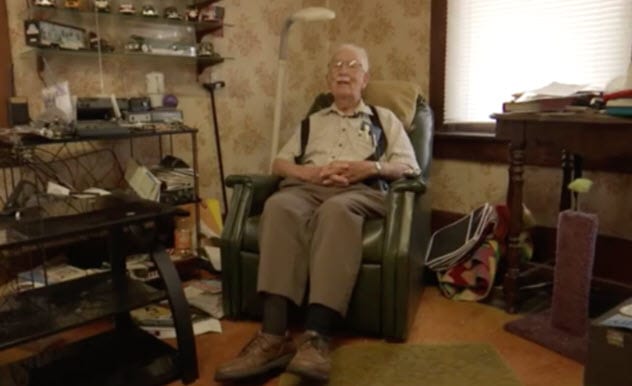 The state of Ohio recently celebrated 91-year-old Howard Mullen for being the “longest-serving officer” in the state.

Living in the town of Pomeroy for almost his entire life, Mullen has dedicated himself to helping the community and he has been doing it for 67 years. Recently, he went to the Meigs County Courthouse for a retirement party, but it wasn’t his.

When the 68th year comes around, Howard wants to still be working. He is doing what he loves, and he is convinced that he will die sooner if he slows down and starts spending his days sitting on the couch and watching TV.

Mullen first joined the Pomeroy Fire Department in 1952, and he became a deputy the following year. After five decades on the force, Howard couldn’t work full time anymore. But that didn’t stop him from serving. Since then, he has volunteered with the North Fort Myers Fire Department.[6]

Just a few weeks ago, a sergeant with the Meigs County Sheriff’s Office said that Mullen responded with him to a disturbance complaint. Mullen was the first to notice a woman brandishing a gun and alerted the sheriff. 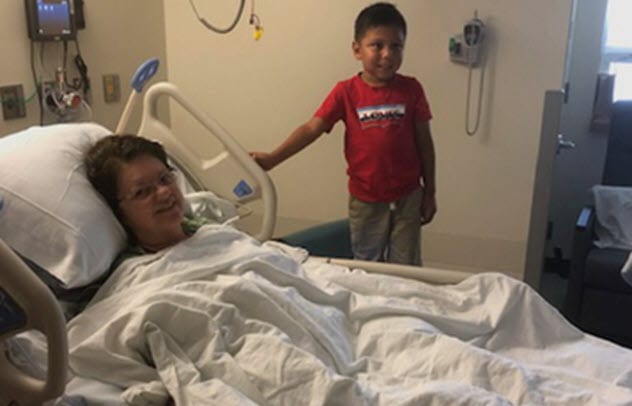 A six-year-old student is being hailed as a hero. He saved his teacher’s life after she collapsed at the front of the classroom.

Joyce Darr was serving as a substitute teacher for a class at Frostproof Elementary School in Polk County, Florida. She suddenly fell ill and crumpled to the floor in front of several young students.

One of them, Max Meza, did not panic or start crying. Instead, he ran out of the classroom and started looking for another adult who could call 911. He found one, and the emergency services got there in time to save Darr’s life.[7]

Max went to the hospital to visit her. There, the teacher’s adult son, Derek, was eager to show his gratitude. He called Max the “real MVP” and presented him with his first pair of Air Jordans.

More recognition came from Polk County Sheriff Grady Judd who credited Max with saving his teacher with his quick-thinking actions. The “tiny hero” received a citizens certificate as well as a brand-new bike. 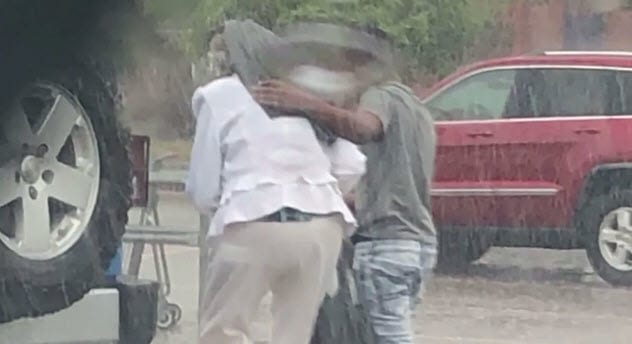 A Missouri officer was successful in his quest to find and reward a young man after his random act of kindness was caught on camera and went viral.

Last week, Officer Joe Holt with the Independence Police Department was sitting in his vehicle in the parking lot of a grocery store while a torrential rain was pouring outside. Suddenly, he noticed a teenager run across the lot with his jacket off. He was rushing to the exit of the store to escort an elderly woman to her car and shield her from the rain.

Holt was touched by this gesture and snapped a photo of the teenager in action. Then he followed the young man to his own car where his mother was waiting for him. The officer informed her of her son’s good deed and said that she should be proud of him.

Later, Holt decided that the teen deserved a reward for his kindness—something like a nice dinner. However, Holt didn’t know the teen’s name or how to get in touch with him. The officer posted the photo he had taken on the Independence PD Facebook page hoping that someone would recognize the boy in the picture.

In a subsequent update, a new post revealed that the teen was identified as 14-year-old Tyrea and that he and his mother had gone out to dinner with Officer Holt over the weekend.[8] 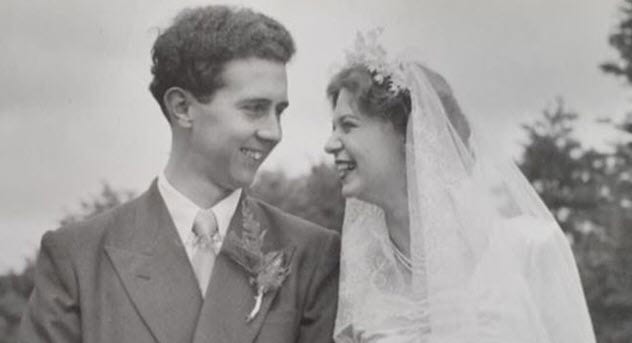 A shoebox full of 70-year-old love letters was returned to its original owner thanks to an online campaign and a determined stranger with a strong sense of romance.

Twenty years ago, a woman named Cherry Vallance obtained the letters from her neighbor who found them in the attic and wanted to throw them away. Subsequently, they ended up in Cherry’s attic where they were once again forgotten until her daughter, Kim Rowe, rediscovered them.

The letters were from 1948 and 1949 and detailed the budding romance between a Norma Hall in Kent, England, and Bob Beasley, a soldier fighting overseas. That was the only information she had, but Kim heard various tales about people and things being found through Facebook decades later. She shared the story online and told Facebook to “please do your stuff.”[9]

The Internet delivered and tracked down Norma Beasley living in Lincoln. She was astonished to discover that her cherished love letters still existed, not to mention that they were in their original shoebox.

The moment is bittersweet, though. Norma admits she hasn’t looked at the letters yet. Bob passed away late last year, and she is still not ready to go through them alone. 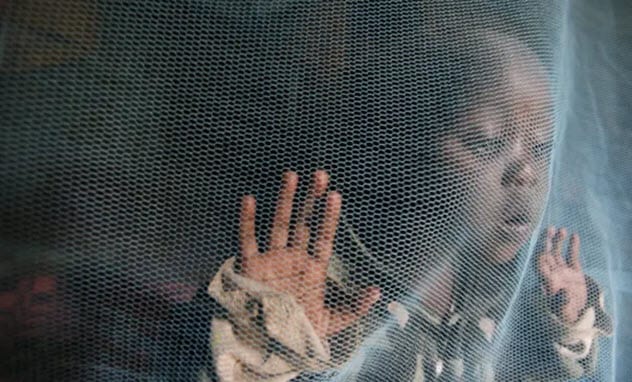 Kenyan scientists are touting a malaria breakthrough as they gear up to start human trials on a new class of drugs that could become available in less than two years.

The basis for this new treatment is Ivermectin, a conventional medication used for parasitic diseases. Trials conducted in Burkina Faso showed that Ivermectin treats the symptoms and reduces transmission rates by making the blood of people vaccinated with it lethal to mosquitoes. Moreover, the drug is capable of killing Plasmodium falciparum, the parasite responsible for malaria which is carried by female mosquitoes.

Development of the new class of drugs is being conducted in Kenya, although the human trials will be performed by the US-based Centers for Disease Control and Prevention. According to Dr. Simon Kariuki, head of Kenya’s malaria research programs at Kemri, the focus of the research will be children and pregnant women as they are the most vulnerable.[10]

This is particularly good news at a time when the World Health Organization announced that the resistance against traditional malaria drugs is on the rise.