Toys come in all shapes, sizes and colors. They roll, squish, inflate, talk, buzz and a whole lot more. Pretty much everyone, at one point or another, has played with a toy. And, toys are huge business—in 2018, world toy sales hit 90.4 billion.

Toys are designed to be used for fun. But, as the list below shows, these supposedly silly little objects of diversion can also play the difference between life and death.

SEE ALSO: 10 Terrifying Toys From The Past 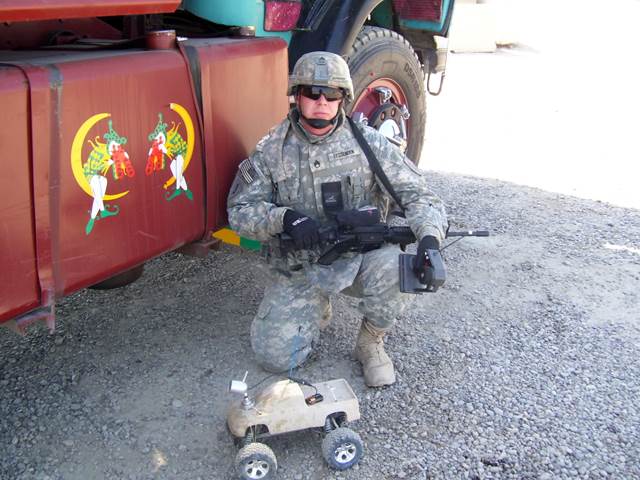 Ernie Fessenden had a brother serving in Afghanistan and wanted to make sure he came home safe. So, he hooked up with hobby shop owner, Kevin Guy, and, together, they added a wireless camera and infrared lighting to a remote control toy truck and shipped it off to Afghanistan.

One day, Ernie’s brother, Chris, lent the toy truck to a group of soldiers about to head off for patrol. Out in their Humvee, the soldiers sent the remote control toy truck racing ahead looking for danger. It found it. The toy truck got caught up in some wires and -BOOM!—500 pounds of explosives detonated. The soldiers were not hurt.

When Ernie heard about the incident, he was amazed, “At first I was just absolutely shocked…It could have been [Chris] out there…Then after that it was, ‘Do you need another truck?’”

Guy was elated, “It’s like we went over to the bad guys and stuck a stick in their eye with a toy…”

Without the souped-up remote controlled toy truck, the soldiers would have either had to walk or drive—possibly triggering an explosion that could have ended one or more of their lives.[1] 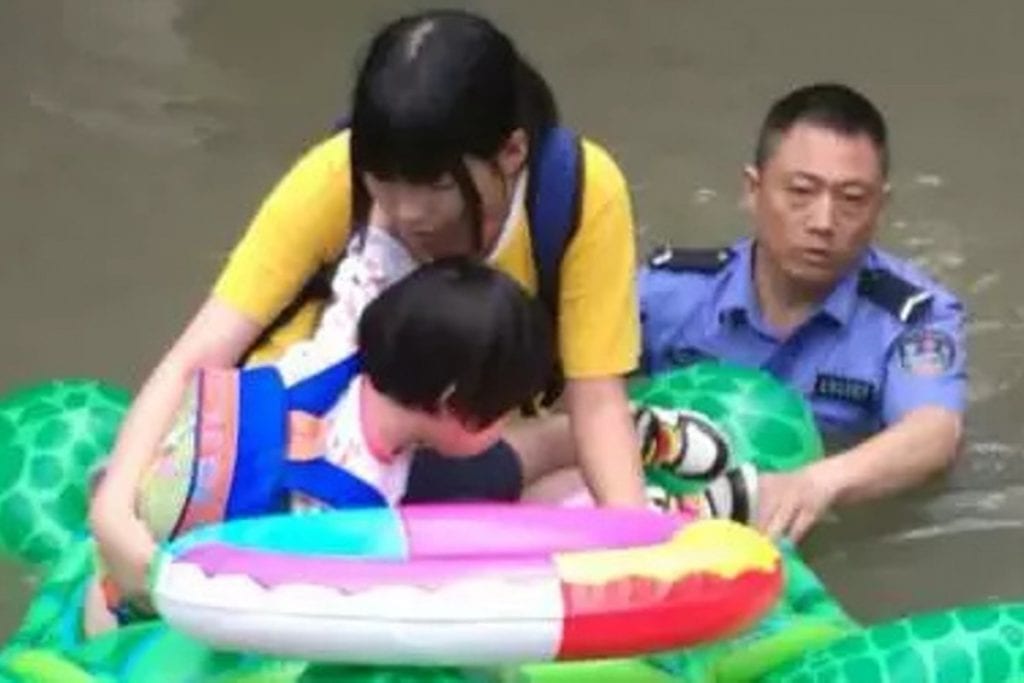 In July of 2017, heavy rains battered the Chinese city of Liuyang—located in Hunan province. At one point, in one part of the city, 13 people were trapped in their homes with water rising quickly around them.

With no boats nearby and knowing that time was a factor, some quick thinking policemen ran to a nearby toy store. There they found their solution— a bright green inflatable toy turtle.

Returning to the scene, the police quickly put the inflatable to use and rescued those 13 people in just under 2 hours. Though heroic, the officers were a bit embarrassed by the inflatable frog, “Sorry for our vessel being… too cute…But, most importantly, the people are all safe.”

A goofy toy usually associated with small children and swimming pools became something much grander for those 13 people on that fateful day.[2] 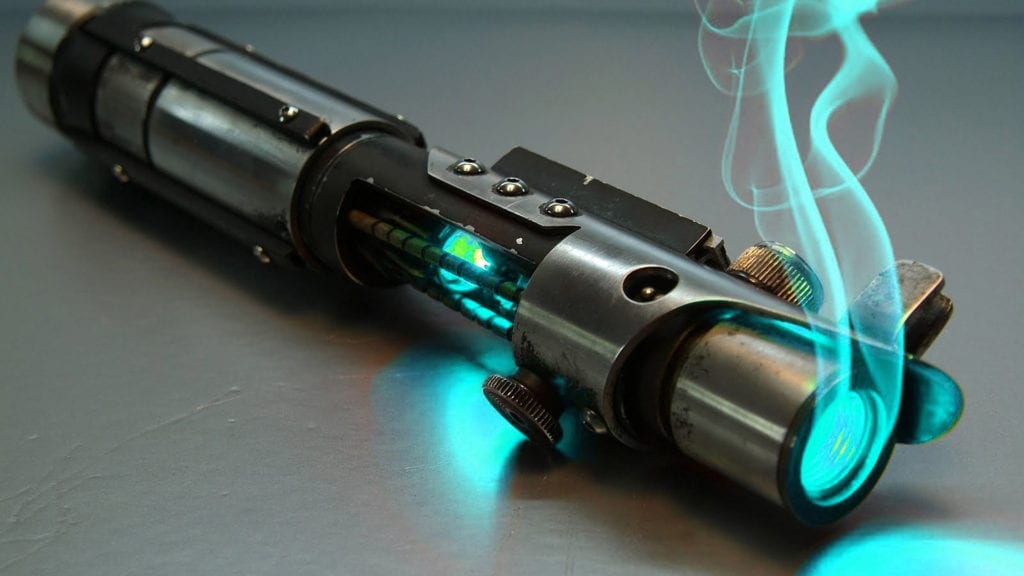 According to witnesses, on the night of Thursday, March 17th, 2017, a stepdaughter and her stepfather got into a nasty scrap. The 17 year-old young woman’s weapons of choice were two kitchen knives. Ah, but her stepfather had the upper hand—he had lightsaber.

Though only a toy lightsaber—it did the job. Witnesses said that he hit his stepdaughter several times to fend off her attack.[3] 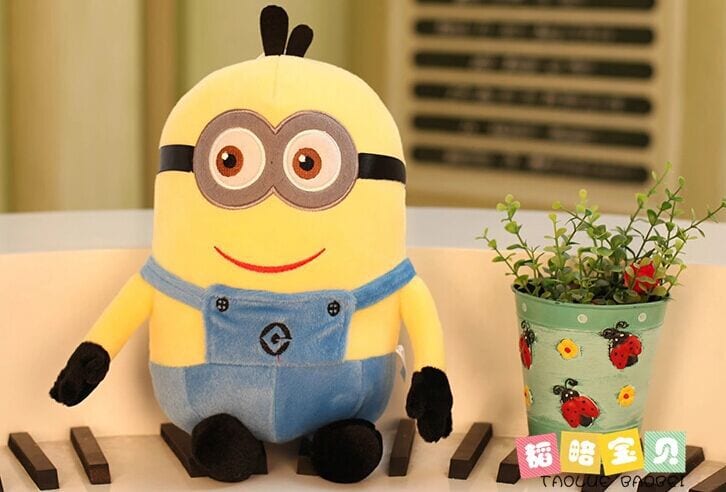 For those unaware, Minions are little yellow animated characters that began their movie life in the 2010 hit, “Despicable Me.” Since then, they have starred in their own movie, which grossed $1.159 billion worldwide back in 2015. Off screen, they are doing much more amazing things.

On the night of July 16th, 2015, in Colorado Springs, Colorado, a 5 year-old girl was playing at home in her family’s third floor apartment. Somehow, she fell backwards out of her bedroom window. At the time, she was playing with a stuffed Minion teddy bear. Miraculously, it cushioned her fall and saved her life. She escaped her brush with death with just a broken arm.

In the movies, Minions may work for supervillains, but, in real life, at least in the eyes of one lucky little girl, they are superheroes.[4]

6 A Doll Saves A Girl During WW2 Bombing 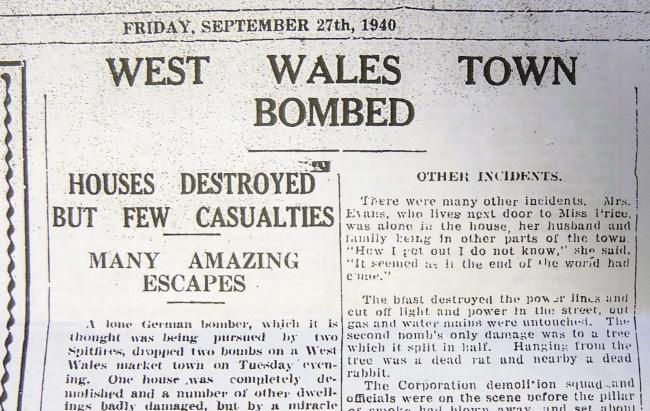 The Germans bombed the hell out of the UK in WW2. Though it suffered far less sustained attack than London, Wales lost 984 of its’ people—another 1,221 were seriously injured.

In September of 1940, in the Welsh town of Haverfordwest, a German bomb was dropped near a house where 2 year-old Dorothy Owen lived.

When it hit, her mother ran upstairs to find that the ceiling of her young daughter’s bedroom had fallen in. Frantically clearing debris, she found, miraculously, that her daughter was still alive. The solid head of a doll she was clutching when the ceiling came down shielded her own head from being hit.

Escaping with just a cut on her cheek and neck, Dorothy went on to live a long life and, not surprisingly, she still has the doll that made it all possible.[5] 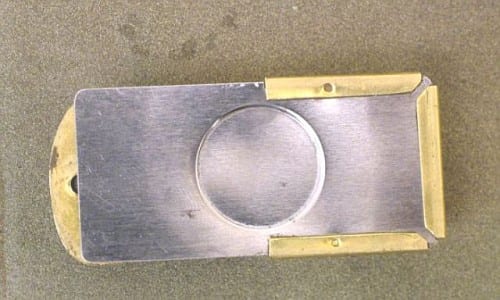 On D-Day, June 6, 1944, allied forces stormed the beaches of Normandy, France. 135,000 men took part in what proved to be a decisive turning point in the war against the Nazis. Of those men, 4,400 were killed and many more thousands were injured or missing.

Along with the standard equipment carried by American paratroopers that day was a tiny item that was mostly known as a toy that kids found at the bottom of a Cracker Jack box. It was known as a “cricket” because of the clicking noise it made when you pressed down on it with your thumb.

For Capt. Sam Gibbons, of the 101st Airborne, this tiny kid’s toy was a lifesaver. Parachuting into Normandy in the dark, Gibbons landed in a pasture surrounded by German troops. Half an hour of crawling later, he made his way onto a road. There, he came into contact with another soldier. Unsure if he was an American or German soldier, Gibbons clicked his cricket, “I gave him a click and he responded with two clicks. Boy, was I glad to see him.”

For the next few hours, Gibbons clicked away and managed to assemble a small combat patrol to fight the Germans while fellow allied soldiers stormed the beach.

The “cricket”—a brass and steel version of the tin prize—was added to each paratrooper’s pack at the last minute. Along with the guns and grenades they carried, this simple child’s toy kept death at bay on that famed northern coast of France all those years ago.[6]

4 Kids Use Squirt Guns To Put Out Fire 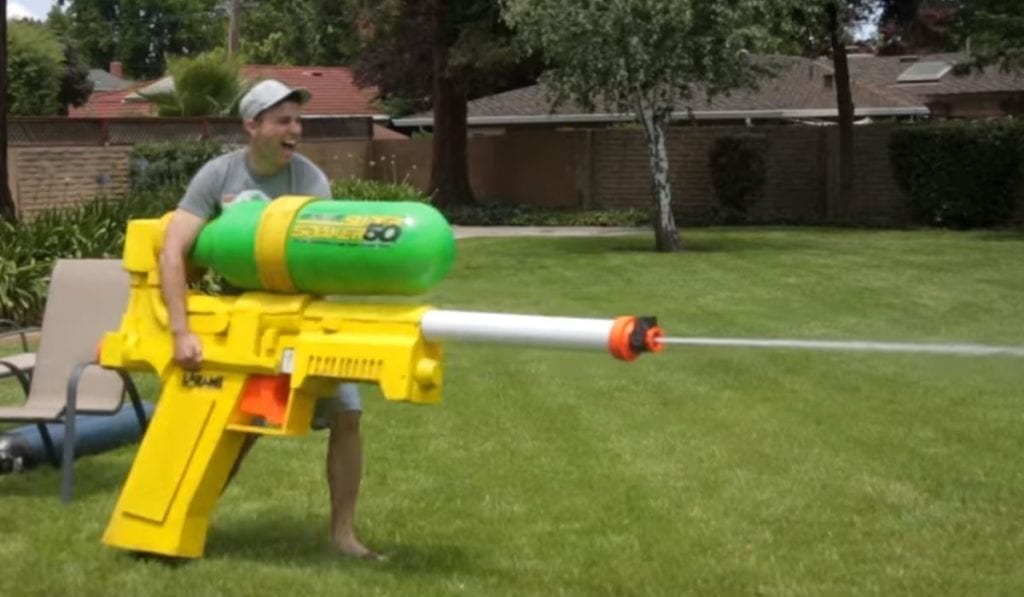 There are few ways for a kid to cool off on a hot summer day that are more fun than a squirt gun fight. Carrying today’s giant super soakers, kids giggle their way into hysterics engaging in soaked shootouts with their friends while any parents caught in the crossfire yell for mercy.

On May 31, 2016, those parental yells must have turned into whoops of congratulation for five kids from West Fargo, North Dakota. In the midst of an all out water war, taking place on the grounds just outside their apartment complex, the boys and girls smelled smoke.

The smell of smoke lead them to the deck outside of a man’s apartment. It was on fire and the flames were spreading fast. Worse yet, the man was housebound, on oxygen and couldn’t leave his unit. The kids snapped into action as they turned from soaking each other to soaking the flames of the growing fire.

By the time the Fire Department arrived on the scene, the fire was smouldering and pretty much put out.[7]

3 Stuffed Toys Save Adults Too 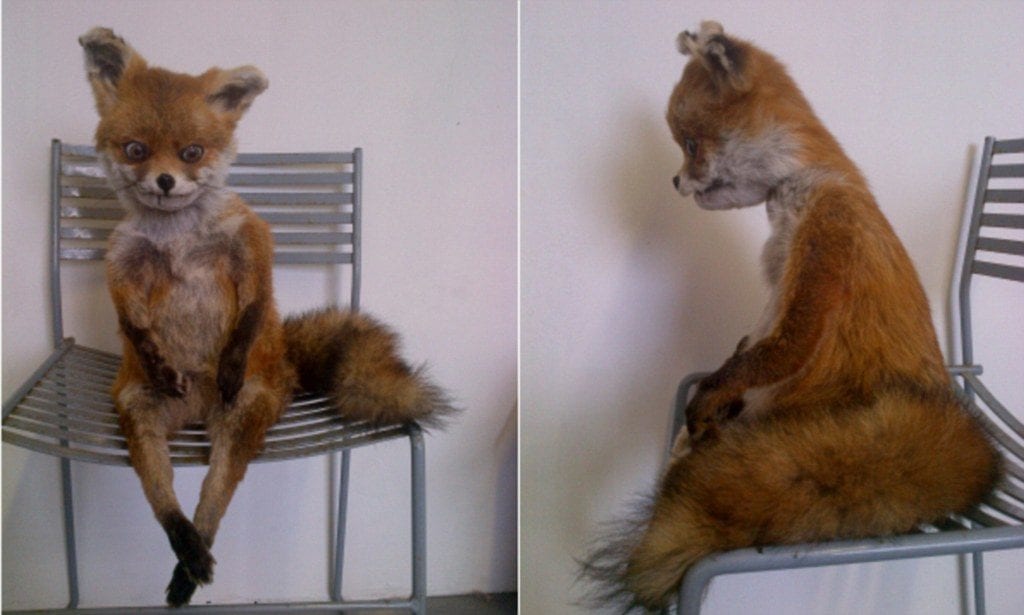 British politician, Geoffrey Clifton-Brown thought of throwing away the bag full of stuffed foxes he was given by a Chinese Internet firm. Then he thought of his family and decided to keep them. Good thing he did.

While walking outside a hotel in Beijing, Clifton-Brown fell down a concrete shaft. “Finally the crunch came 20 feet down this sheer concrete shaft with a concrete floor,” the shaken MP said.

Those stuffed toys he thought of trashing ended up cushioning his fall, “I took this huge bag of stuffed foxes and by pure luck it literally saved my life.”[8] 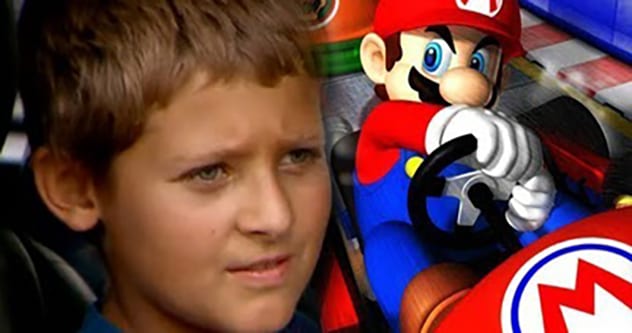 One day, Gryffin Sanders and his 4 year-old brother were passengers in a vehicle being driven by their grandmother. Suddenly, mid-sentence, she passed out. After failing to wake her up and with the car veering into oncoming traffic, Gryffin jumped into action. With the vehicle traveling at a high speed, he carefully steered off to the side of the road and into a muddy ditch. They slowed to a stop and everyone was alright.

His grandmother was eventually airlifted to a hospital where she recovered.

Interviewed afterwards, Gryffin credited the driving experience he gained by playing Mario Kart for helping him stay cool and steer to safety.[9] 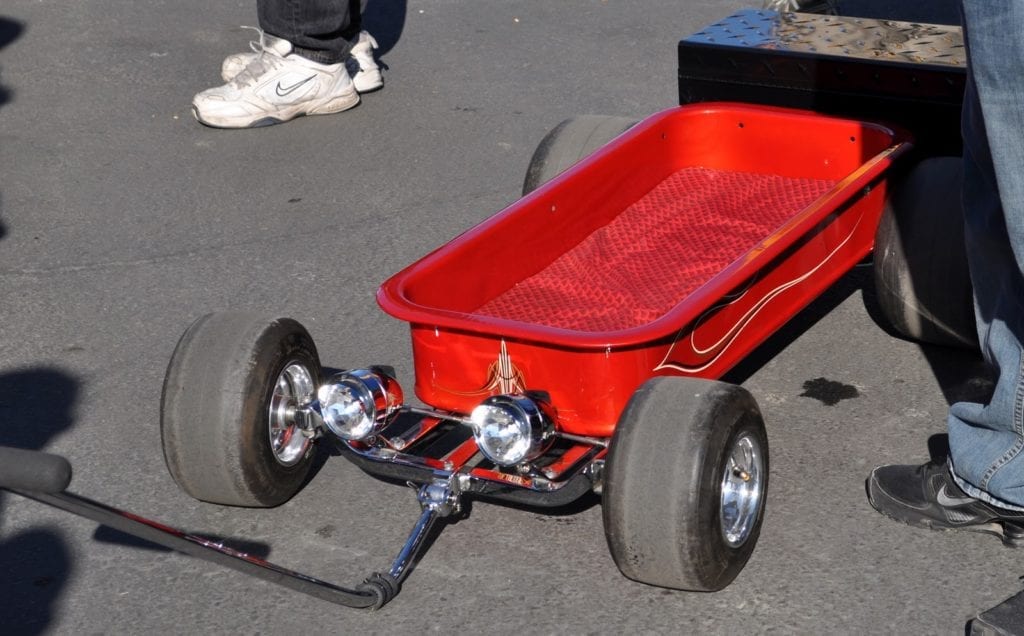 A dad was out one day pulling his 15 month old son and his 2 year-old daughter on a red plastic toy wagon. All was well until a woman driving towards them momentarily took her eyes off the road and ploughed into the wagon—sending the two children under her car.

Miraculously, the siblings survived and it is all because of that little red wagon they were riding in. Amazingly, even though it was sucked under the woman’s car and dragged for 50ft, the wagon stayed solid and protected the two young children from otherwise certain death.[10]


Read more awesome toy stories on Top 10 Most Expensive Toys, Top 10 Bizarre Toys for Kids, and 10 Toys That Did More For the United States Than Most People.

About The Author: Lifelong writer of scripts, songs, short stories and lists. Loves movies, music, politics and hockey. Founder and Writer of the film blog, “So Many Films, So Little Time”