Signing up for the US Armed Forces isn’t something to be taken lightly. It’s a long commitment that involves leaving your family behind, undergoing a punishing exercise regimen, and being the public face of your country to people around the world.

Ninety percent of those who join undertake this task with all the seriousness you’d expect. The remaining 10 percent, on the other hand, seem to use it as an excuse to raise hell. Sometimes, that raising hell leads to serious consequences. 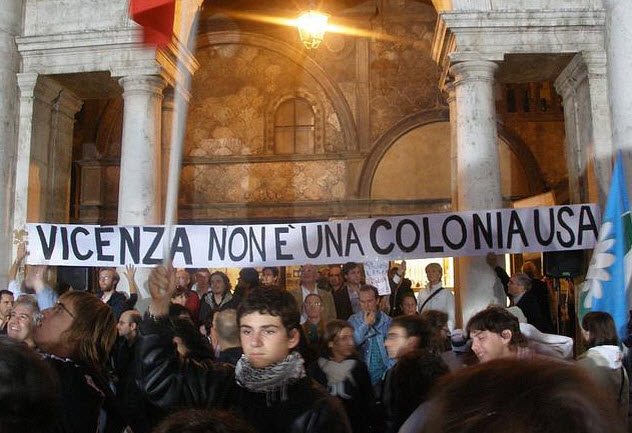 The Pentagon maintains roughly 800 US military installations abroad. Of those, the biggest in Europe are in Germany and Italy. But while Germans tend to be fairly neutral about the US military presence in their country, the same can’t be said of Italians.

In recent years, Italy has seen mass protests against US troops. When you hear what happened outside Vicenza’s Ederle and Dal Molin barracks in July 2014, you might begin to see their point of view.

On the night of July 14, two paratroopers abducted a pregnant Romanian prostitute from the streets of the city.[1] They allegedly held her for two hours, beat her, raped her, and then dumped her body in a field. Or so they assumed.

The woman actually survived the encounter and went on to report the two men to the authorities. It turned out that one of them was currently under investigation for abducting and assaulting a teenage girl. 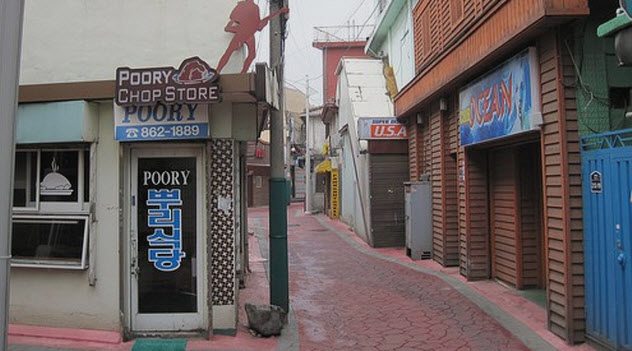 One of the key things you should remember when reading the story of Kenneth L. Markle is that he’s currently a free man. In 1992, he was sentenced to 15 years in a South Korean jail for murdering waitress Yun Geum-i. He was released in 2006 and is now (presumably) living free in the US.

Given that both South Korea and the US routinely execute people for murder, Markle got off lightly. This would have been the case even if his killing of Yun had been accidental. As it was, it was extraordinarily brutal.

Markle had been seeing Yun when he got into an argument at her house in 1991. In a fit of rage, the soldier beat her half to death with a blunt object. He raped her, sodomized her with household objects, and then finished the job.[2]

Yun’s death caused outrage in South Korea as did Markle’s excessively lenient sentence. Along with a mass brawl in Seoul among servicemen around the same time, it did a lot to permanently tarnish the image of US forces in the country.

8 Partying With The Cartels
Colombia 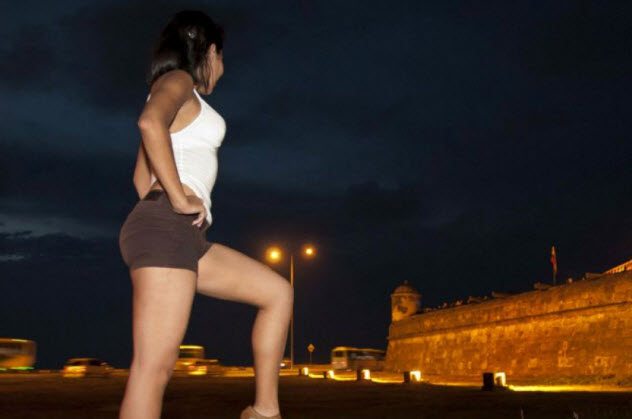 Can it really be called a crime when everyone involved is just having a private party? Absolutely, if a number of those partygoers are prostitutes paid for and supplied by brutal drug cartels.

A few years ago, a number of embarrassing stories broke about US agents working in Colombia. They revealed that members of the Secret Service and DEA agents had separately held raucous sex parties where prostitutes and cartel members mixed freely with the very people trying to stop them.

Although we now associate cartels more with Mexico, the Colombian cartels are still very active and very dangerous. While Escobar may be long gone, his violent tactics remain.

By attending these parties, the Secret Service and DEA agents were contributing toward all that carnage. They were also hugely embarrassing the US. Those involved were quickly shipped home and subjected to a huge dressing-down but not before they’d managed to tarnish Washington’s reputation in yet another nation.[3]

7 Trying To Cover Up A Brutal Murder
Kosovo 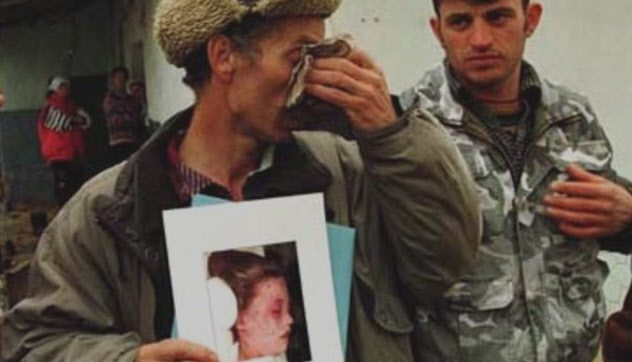 In January 2000, while on a peacekeeping mission, he became obsessed with an 11-year-old ethnic Albanian girl. He even boasted to his platoon that he was going to kidnap, rape, and murder her and then pin the blame on Serbian forces. They thought he was joking. He wasn’t.[4]

Ronghi abducted Merita Shabiu from her apartment, taking her down into the basement of her building. There, he sodomized her, killed her, and hid her body in a UN food sack until he could take it away for burial.

Perhaps the most heartbreaking detail is that Merita trusted him because he was an American and Americans protected people like her from the bad guys. Ronghi was eventually turned in by a private who was forced by Ronghi to help bury the body. Ronghi received a full life sentence in military prison. 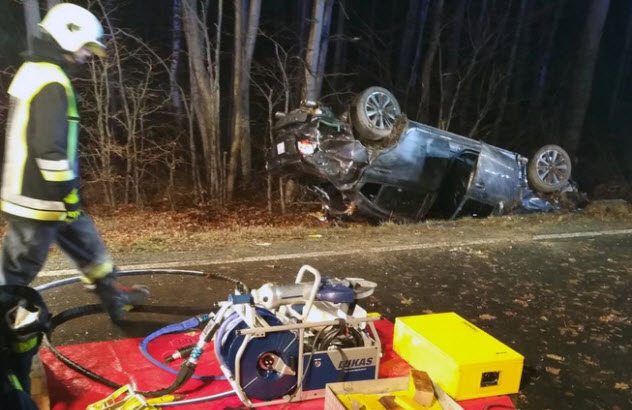 Germany is home to the highest number of US troops in Europe, with over 34,000 stationed in the country. One of the largest bases is in Grafenwoehr in northern Bavaria. While locals are generally supportive of the US presence, there is one area where things probably need to improve. Those stationed at Grafenwoehr have a reputation for getting steaming drunk, getting in their cars, and causing repeated crashes.[5]

The problem peaked in November 2017 when three servicemen were stopped and charged with DUIs in a single two-hour period. But the issue has existed for much longer. Grafenwoehr has seen multiple crashes caused by drunk driving this year alone, including a fatal one, and a crash in which US soldiers were seriously injured.

It’s certainly not the worst thing anyone has done on an overseas base, but it’s also not really a great thing to do. Especially when you’re lucky enough to be stationed in a rich country where almost no one wants to blow you up. 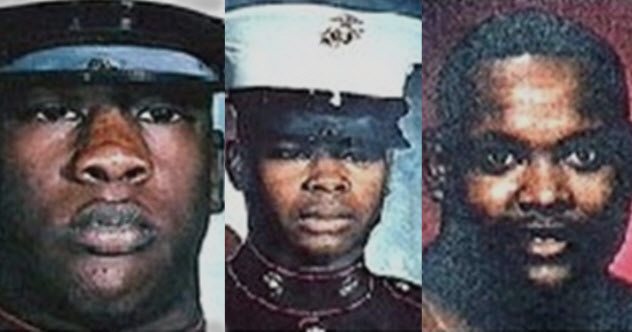 The one set of US overseas bases frequently featured in the news is on Okinawa, Japan. Set up at the end of World War II, the Okinawa network of bases accounts for over half of the 50,000 US troops stationed in Japan. You better believe the locals are less than happy with their presence.

Since the 1970s, Okinawans have repeatedly demonstrated against American troops. The 1995 case of Pfc. Rodrico Harp, Pfc. Kendrick M. Ledet, and Navy Seaman Marcus D. Gill only made those demonstrations larger.[6]

The three men had been going to buy a prostitute when they realized they didn’t have enough money. So, instead, they abducted a 12-year-old local girl. They repeatedly raped her. Gill supposedly later said the rape was for “fun.”

The case ignited a firestorm in Japan. Tens of thousands protested in the streets. In the end, the three men went down for a mere seven years. Rodrico Harp even had the guts to complain publicly about his prison conditions. Because we all know the real victim in a case like this is the guy abusing the underage child. 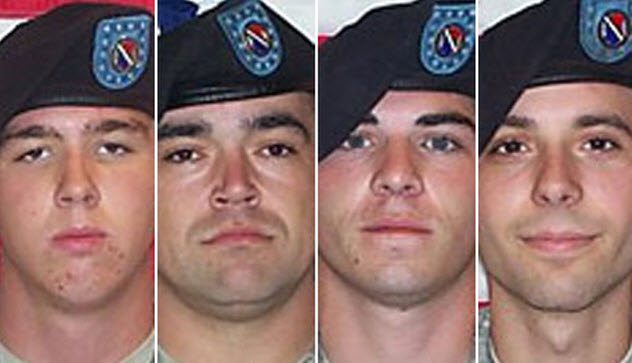 Winning hearts and minds is key to winning any foreign war, which is why the actions of one group of soldiers in Afghanistan was so fundamentally damaging to US interests.

In 2010, a rogue unit under the command of Staff Sergeant Calvin Gibbs apparently decided that life in an active war zone wasn’t already exciting enough. They set up a “kill team” of guys who’d drive around southern Afghanistan until they came across civilians. Then they’d murder those civilians in cold blood and dress them as Taliban fighters to cover up the killings.

All told, some 15 civilians were killed during the five months that Gibbs’s team was active. The victims included a mentally retarded man and a 15-year-old boy who had been blown up with a grenade. The team sliced off body parts from their murder victims and kept them as trophies.[7]

The case was so shocking that it made international headlines and turned even more Afghans against US forces. Flash forward to November 2017, and it’s one of the cases from the occupation of Afghanistan that the International Criminal Court (ICC) is now preparing to investigate as crimes against humanity. 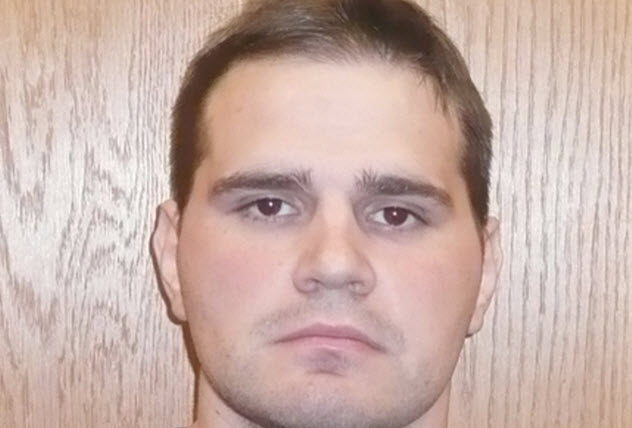 Ramstein Air Base is the biggest US base in Germany, home to thousands of soldiers. As such, it’s inevitable that some bad apples would find themselves mixed in with the rest of the bunch. Few could expect one as utterly rotten as Staff Sergeant Joshua Adam Smith.

From 2009–2010, Smith offered his services as a babysitter to parents on base and in the surrounding German towns. He used his position to sexually abuse children as young as three years old.[8]

One of the remarkable things about Smith is that he was hiding in plain sight. His online babysitter profile included a detailed discussion about the possibility of babysitters abusing children. When videos of him engaging in sexual acts with the kids in question were finally discovered, he freely admitted that he’d done it and offered no motive beyond his own sexual gratification.

Interestingly, despite one of Smith’s victims being a German national, there was no outcry about US forces in the German press. 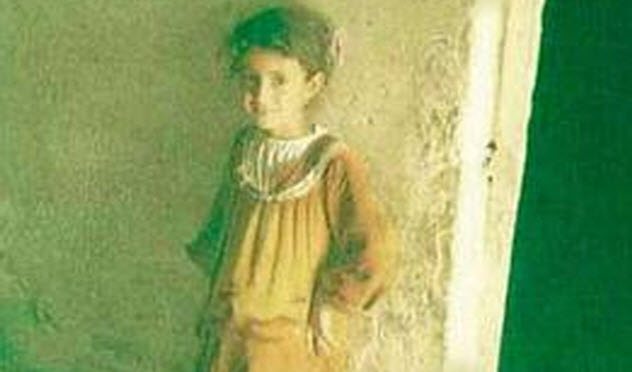 By now, it’s probably becoming clear that the biggest crimes committed by soldiers abroad are motivated by truly sick sexual desires. Perhaps none are quite as sick as those Abeer Qassim al-Janabi found herself tragically wrapped up in.

A 14-year-old girl from Mahmoudiya, near Baghdad, she had the misfortune to catch the eyes of James Barker, Steven Green, Jesse Spielman, Bryan Howard, and Paul Cortez. Barker and Green had long harbored a desire to sleep with an Iraqi woman. Over cards one day, they convinced the others that the teenage Abeer should be that woman.[9]

In March 2006, the gang went to Abeer’s house. They took her family hostage and then took turns brutally gang-raping her. Afterward, they murdered the lot of them, including her six-year-old sister. Abeer herself was set on fire and shot in the head. The killers tried to pin the murder on insurgents.

The story came to light after a whistle-blower came forward in 2007. Nearly all of those involved received sentences of between 90 and 100 years in military prisons. Given that many felt that Steven Green, the ringleader, should have been executed, the sentences caused anger in Iraq. 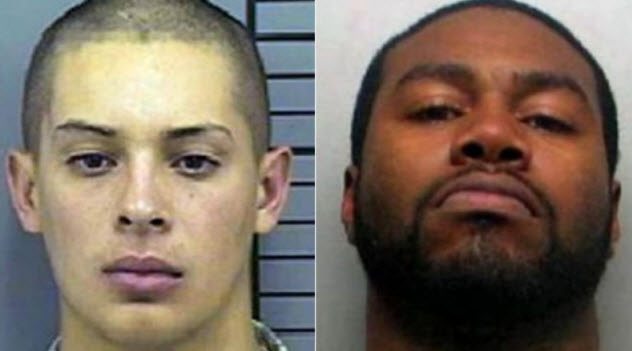 Mexico’s drug cartels are notorious for their brutality, indulging in mass murders and tortures so awful that even the psychos in ISIS would probably be terrified of them. The cartels are also very rich.

Thanks to the drug trade (and the collusion of banks like HSBC), Mexican cartels can pocket billions of dollars annually. With that sort of money, it’s not hard to hire killers to do your dirty work. Even when those killers come from the US Army.

In 2013, it was revealed that some US soldiers were returning from active duty and offering their new skills as hit men to Mexican cartels. The cartels would pay the soldiers up to $50,000, plus free cocaine, to perform a hit. In return, the cartels got their targets knocked off with military precision.[10]

The case came to light when Army Pfc. Michael Apodaca and Lieutenant Kevin Corley were caught offering murder for hire in a sting by FBI agents. For their willingness to kill for the cartels, the two went down for over a decade each.

Read more about potential crimes involving the military on 10 Suspicious Unsolved Military Mysteries and 10 Female Soldiers Who Fought For The Bad Guys.