Phobias are not uncommon. In the United States, 19 million people are estimated to have a phobia of some kind. Throughout their lives, 12.5% of people will experience a specific phobia and 12.1% will experience a social phobia sometimes in their lives. These phobias, or irrational and persistent fears regarding an object, animal, person, environment or situation, can range from spiders to the fear of specific numbers to needles or airplanes. While phobias can be common, some phobias are so niche that you probably haven’t even heard of them, or even thought they existed… 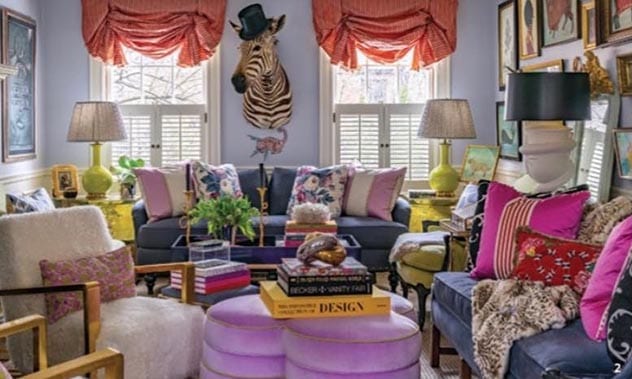 The feeling of being in home is usually paired with a feeling of safety and security, a sort of comfort that eases away some of the stress of daily life. However, for those who experience oikophobia, one’s home can instead cause anxiety and stress. Oikophobia has traditionally been defined as the fear of the surroundings in one’s home. For those who experience oikophobia, anything from their appliances, home furnishings, decor, to household common items can cause them to have a feeling of fear and unpleasantness.

Like most phobias, oikophobia is possibly rooted in previous negative experiences or traumatic events which have occurred in one’s life. Adverse reactions which can occur with those experiencing oikophobia are the shakes, excessive sweating, dry mouth, blurred vision, nausea, and even anxiety/panic attacks may occur.

Oikophobia is also one of the few phobias which term has become altered and changed as society has. The term oikophobia started to be used around 2004 to describe the fear of “the familiar,” or as a better way to the fear of the familiar customs, culture and institutions of one’s country, culture, or place of birth (almost as an opposite of xenophobia, the fear of strangers/foreigners). The change in definition began to catch on in 2016 during the presidential election and has remained prominent ever since.

While it seems that both interpretations of oikophobia are acceptable, it is probably best to clarify with anyone you meet who has oikophobia to avoid any awkward situations.[1] 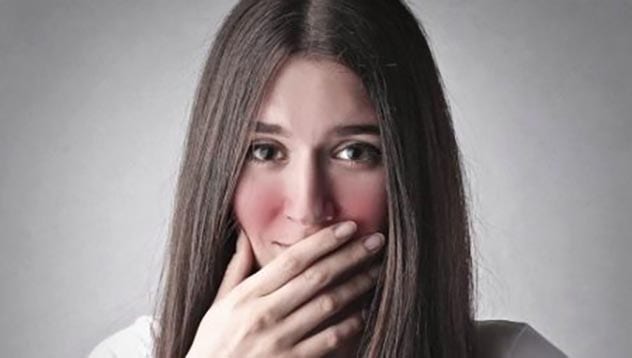 Erythrophobia, or the fear of blushing, is a complex phobia. Blushing is a physiological response to a fight or flight response that is involuntary. An estimated 7% of the population may suffer from this phobia and it is important for those who do to seek treatment as it can cause increased anxiety and depression. In 2012, 20-year-old Brandon Thomas committed suicide due to his phobia of blushing which had begun to impact his daily life, even with the prescription drugs he had been prescribed to help aid his anxiety and impair his blushing abilities. Unfortunately, the helplessness which occurs with erythrophobia left Brandon in a state of turmoil. His final letter pleaded for more research and awareness for those like him who suffered from erythrophobia.

Erythrophobia is categorized as a social phobia, and can be impacted by other social phobias as well, and is a main symptom for those who have social anxiety disorder (SAD). For those who have erythrophobia, there are behavior options available as well as recent FDA approved drugs that have been created to treat the occurrence of facial blushing.[2] 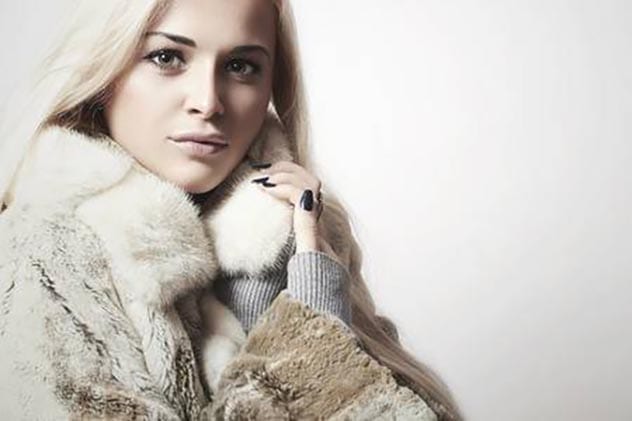 Doraphobia is known as the fear of fur, whether it be dog, cat, rabbit, or any sort of animal fur. The phobia itself does not have to do with the fear of animals, or a dislike of animals, but rather their fur. Whether it is the appearance, the texture, or even the smell of fur itself depends on the individual with the phobia.

The phobia can be linked to specific traumas, such as being attacked by a furry animal, or impacted by other phobias, or caused due to this dislike of specific textures. Those who have doraphobia do not have to touch the fur to have an adverse reaction, just the sight of the fur itself can cause adverse reactions. Research has found that animal related fears are more likely to occur in women rather than men.[3]

Scopophobia is found to develop in those who have neurological conditions, such as epilepsy or Tourette’s syndrome, or in people who are suffering from physical disabilities or injuries which may attract attention. Scopophobia can also develop as a symptom of someone who is suffering from social anxiety disorder (SAD) and can be treated through medications and behavioral therapy.[4] 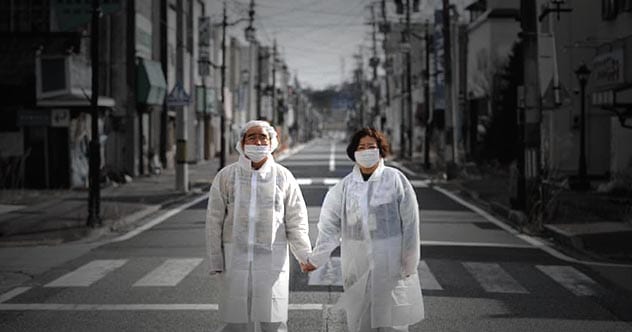 An estimated 96% of a person’s radiation exposure comes from medical procedures, including x-rays and CT scans. Most of these procedures are necessary to confirm or rule out medical diagnosis. If you are someone who is suffering from radiophobia, having these medical procedures done will nearly, or sometimes completely, impossible. Radiophobia is defined as the fear of ionizing radiation. Having an awareness of the negative effects radiation can cause is important, due to its numerous health related risks. Radiophobia was most widely experienced after the Chernobyl incident, where radiation poisoning was a real fear for many to face, and has also been linked to more recent fears of nuclear weapons and attacks.

For those who expereince radiophobia, their fear disallows them from interacting with anything which may involve radiation, in some cases this also includes specific foods (bananas, raw lima beans, brazil nuts, and white potato’s are known to have some minimal amount of radiation. Radiophobia can be treated through medication and behavioral cognitive therapy (BCT) and if left untreated can lead to serious complications, especially those with radiophobia refuse to receive necessary medical treatment due to their phobia.[5] 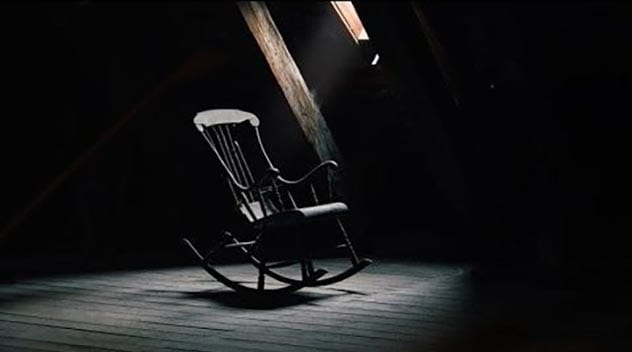 Many phobias can cause negative impacts on a person’s life, ranging from anxiety attacks to complete avoidance of specific people, places, or things. The negative impact those with kathisophobia can be quite severe to one’s health. Kathisophobia is described as the fear of sitting down. The development of this fear may stem from the fear of being idle or still for too long, known as thaasophobia. However, kathisophobia is localized simply on the act of sitting down itself.

For those with kathisophobia, the phobia may have developed due to a past painful experience with their hindquarters or a physical disability or injury which has occurred. It can also occur more the elderly than those of a younger age. Treatment for kathisophobia may expand past the usually recommended treatment options for phobias to encompass physical rehab and pain medication.[6] 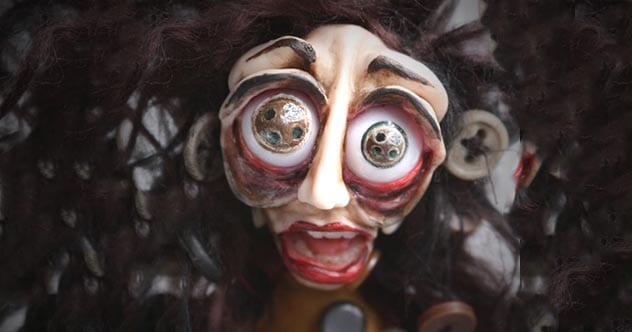 This long-named phobia may not be well-known but is a more common occurrence than one would believe. An estimated 1 out of 75,000 people are said to suffer from koumpounophobia, which is the fear of buttons. This phobia itself is wide-encompassing despite it being classified as a specific phobia in the DSM-V; some may have a fear of the texture of buttons, others may experience fear over the cleanliness of buttons, and some cannot even stand the sight of a button. 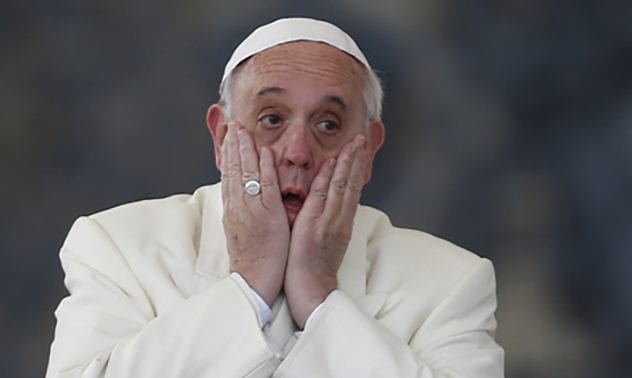 While many fears are rooted in possible past experiences and traumatic events, some phobias appear due to their connection with other phobias. Those who have papaphobia, or fear of the Pope, may experience this fear in conjunction with their other fears, either of priests, nuns, organized religion itself (ecclesiaphobia) or holy or sacred things (hagiophobia). This fear has been linked to negative experiences or feelings in regards to the Roman Catholic Church itself and as the Pope is considered to be the icon and figurehead of the religion, he becomes center of one’s phobia’s focus. 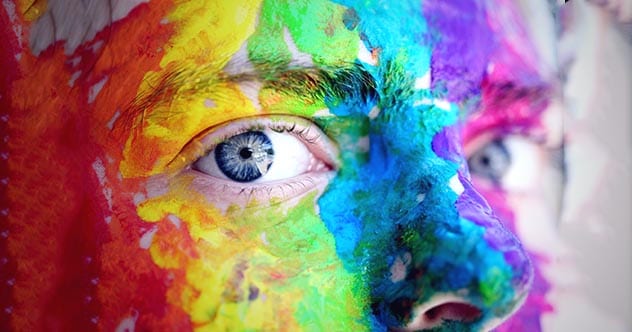 People with chromophobia usually develop the phobia due to a conditioned response to a negative stimuli, it can also occur in those who have genetic disorders or have experienced traumatic injuries. For those with chromophobia, they may avoid situations or places where there is known to be vivid colors. Exposure may cause adverse reactions and can induce anxiety attacks. Exposure therapy may have benefits for treatment of chromophobia, as well as treating the adverse anxiety reactions one may experience.[9] 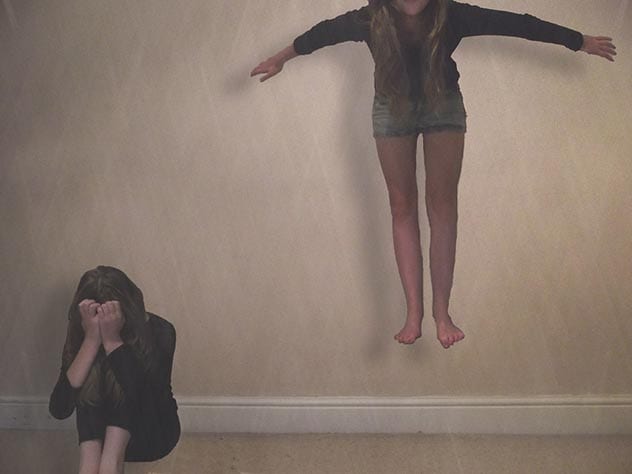 Gravity is important part of our life here on earth, as it is an essential part of our atmosphere and allows us to breathe. While it is an important part of what keeps us alive, there are people who experience an intense fear or existential dread over the idea of gravity itself which is known as barophobia. Those with barophobia have an essential fear of gravity itself, though that can also be linked to the feeling of falling associated with gravity. Sometimes barophobia can be confused with spacephobia, the fear of outer space, however those with barophobia have no problem with knowledge or existence of space, just the gravity encompassing it.

The development of barophobia is unknown, though scientists believe it can be caused if those experiencing it may have a genetic disposition or physical impairment which may lead them to fall often. Or it could be linked to one’s belief that it was gravity that caused a traumatic event in their life. Treatment for barophobia can be combination therapy aids, including medication, cognitive behavioral therapy, and slow exposure to gravitational experiences such as anti-gravity chambers.[10]

For more lists like this, check out Top 10 Fascinating Facts About Fear, and Top 10 Unbearable Phobias.