Asteroid mining sounds like the realm of science fiction. It certainly has been a popular plot point or setting in fiction ranging from serious thrillers (Alien) to comedy (Red Dwarf). But it has not factored in reality until the past decade or so.

On April 6, 2020, President Donald Trump signed an executive order which declared that the US did not recognize space as a “common ground” for humanity. According to the US official view, public and private organizations are free to stake their claims on whatever they find.

This is a massive step from the Obama-era Commercial Space Launch Competitiveness Act 2015 which stopped short of allowing nations to claim ownership of anything.

As you can imagine, this causes problems with international law and relations. Before we explore this, however, it’s worth noting why we would want to do this and how we plan on going about it. 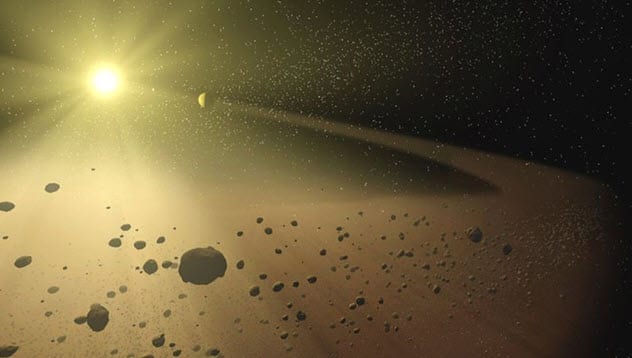 We live in a world of electronic gadgets, mass global transport, and a growing population that desires such things. Gold, platinum, nickel, iron . . . you name it, and it’s probably in your pocket or parked in your driveway right now. These resources are finite on Earth, and we’re going through them faster with every technological advancement.

However, the same resources are almost limitless in space. Let’s take the example of platinum. This metal is used in things such as cardiac pacemakers and as a catalyst for turning crude oil into something we can use in fuel and manufacturing.

Platinum is considered rare on Earth. However, the asteroid belt in our solar system alone contains a billion times more platinum than is found here on Earth, and that’s not even including other resources.[1]

9 Water Is The Most Valuable Resource 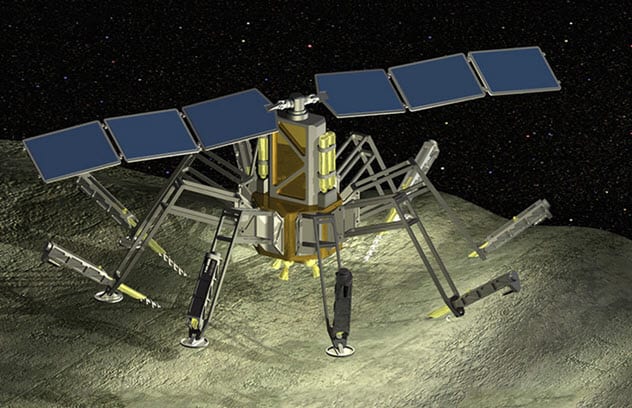 It sounds odd, doesn’t it? You’re around enough rare metals to crush the Earth, yet the one that prospectors are most eager to find is water. Well, water does fuel life. However, they’re not looking for life but rather fuel.

When broken down into its basic components, water is hydrogen and oxygen. This separation can be achieved via an electrical catalyst with onboard or external equipment. Once broken down, the components of water can be repurposed as electrical energy to support devices such as life-support systems and fuel cells. If left as water, it can be a refreshing beverage.

NASA plans to set up depots in space. They would extract water from nearby sources, carry out the catalyst process, and then siphon it to the docked craft. Essentially, they would be petrol stations in space.[2] 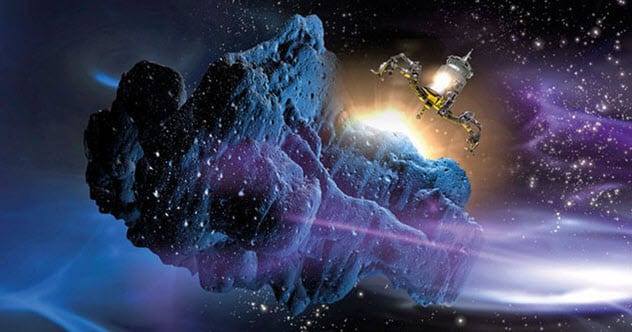 The equipment and techniques that we have developed to mine on Earth won’t work when dealing with moving objects in a low-gravity environment. Depending on their composition, they are either very delicate or very hard to mine.

The delicate asteroids are known as C-type (carbonaceous chondrite) which have high water concentrations. They could be mined with a swarm of bots with barbed feet. Once latched, the bots would extract water and any other minerals and then return to base. These asteroids are so delicate that the bots wouldn’t even need to drill but simply scrape along the surface.

The asteroids that are hard to mine are known as M-type (metallic). They present a bigger challenge because they are essentially hunks of solid flying metal. It may be simpler to magnetically drag them closer to Earth for processing.[3]

7 It Would Lead To Us Colonizing The Solar System 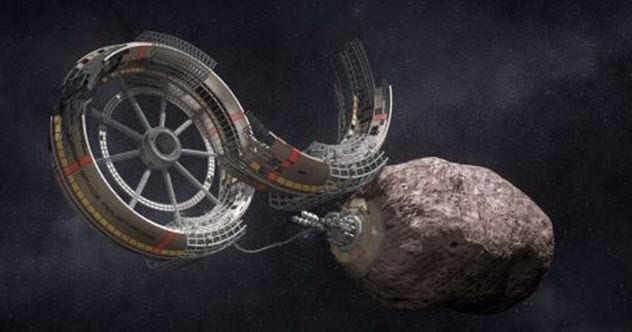 The asteroids dragged closer to Earth would be processed in space, on the Moon, or on other planets. This would allow these resources to be refined before they were returned to Earth. More importantly, they could be used to build new colonies and sustain existing ones. The industries surrounding asteroid mining would create the first permanent human populations outside Earth.

Rick Tumlinson, chairman of Deep Space Industries, sums it up: “We will only be visitors in space until we learn how to live off the land there.” MicroGravity Foundry has developed heavy-duty 3D printers that can function in zero gravity. These can be used to build communication devices, solar panel power stations, and, as more resources are harvested, whole colonies.[4]

6 The Market Values Are Insane 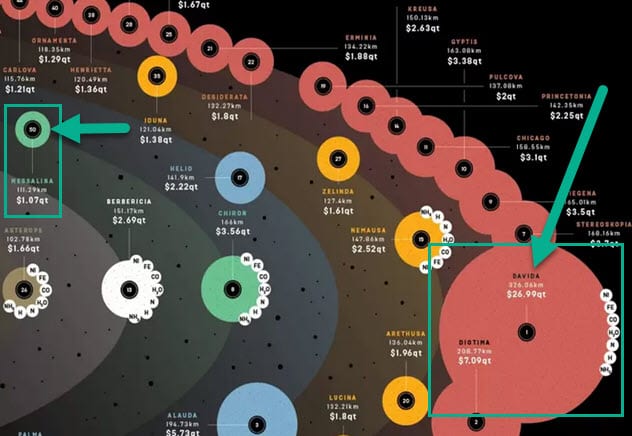 Distances in space are measured in numbers that the human brain can’t really comprehend and put into perspective. They’re so large that the distance to an object outside our solar system is computed in light-years to keep it manageable. A light-year measures how far light travels in one year, which is approximately 9.46 trillion kilometers (5.88 trillion mi).

Within our solar system, distances are measured in astronomical units (AU). One AU is the average distance from the Earth to the Sun, which is approximately 150 million kilometers (93 million mi). That’s a smaller unit but still hard to comprehend.

Now try to imagine one quintillion dollars (we’ll abbreviate “quintillion” as “qt”). That’s one million trillions, which is enough money to buy the entire world economy and not even make a dent in your net worth.

Messalina, the “cheapest” large minable asteroid, has been valued at a measly $1.07qt. The most expensive is Davida at $26.99qt. That doesn’t include all the smaller minable asteroids outside the top 50, whose total number of zeroes would most likely take us over the word limit for this section![5]

5 It Will Change The Economy 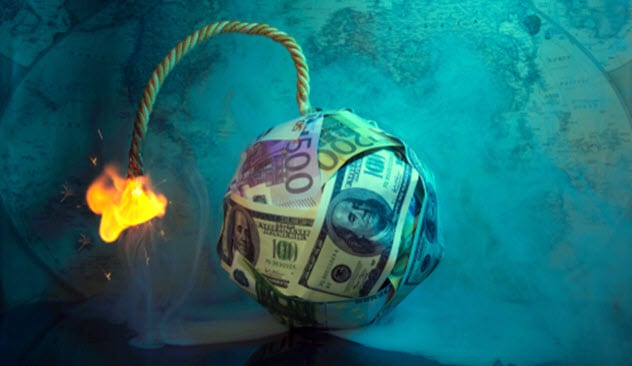 The De Beers corporation once had a monopoly on diamonds that allowed them to control the market. It was a way to keep prices high and see their profits soar.

Now imagine if you brought a quintillion dollars’ worth of diamonds back to Earth. Supply would be much higher than demand, and the value of diamonds would plummet. McDonald’s could give them away in Happy Meals and not lose money. This is wonderful news for us consumers.

However, this isn’t great for businesses and countries that heavily depend on these materials for economic success. The African continent, which has 30 percent of the Earth’s mineral resources, has huge industries in cobalt, gold, and platinum.[6]

The ultimate effect of space mining on such industries is hard to calculate. It depends on the costs of mining asteroids and transporting these minerals to Earth. Maybe the better markets for asteroid miners will be in space.

However, if space mining introduces more competitors to Earthbound industries, it would force mineral-producing countries to change their economies overnight. Many countries may not be able to afford a space program to find new resources. This could also strain international relations. Then again, if prices fall too far, it probably won’t be profitable for asteroid miners to sell their products on Earth.

It’s too early to tell how this will work out on Earth. But asteroid miners should have an advantage when selling in space unless their Earthbound counterparts find an effective way to compete. It seems like a complicated mess, but someone will figure out how to turn a profit eventually. 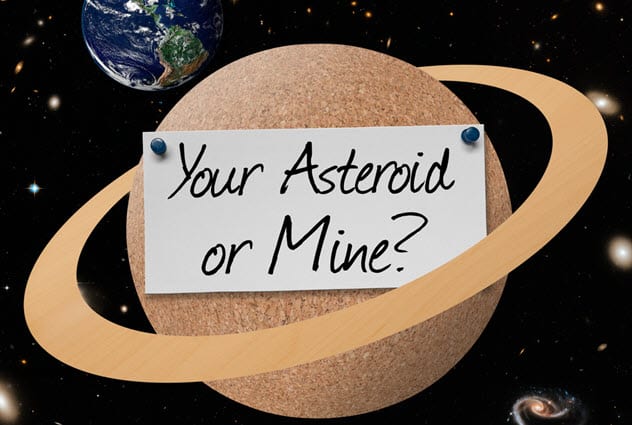 Ah yes, the classic US versus Russia space race punch-up, just like the race to land a man on the Moon. The race is still to the Moon. This time, however, there is no communism, just plenty of Putin.

Space is one of the few issues on which the two countries cooperate while at odds over the invasion of Ukraine and accusations of Russian meddling in US elections. Russia refers to UN law when describing space as a common ground for humanity. However, the laws are not as clear-cut as Russia makes them out to be. 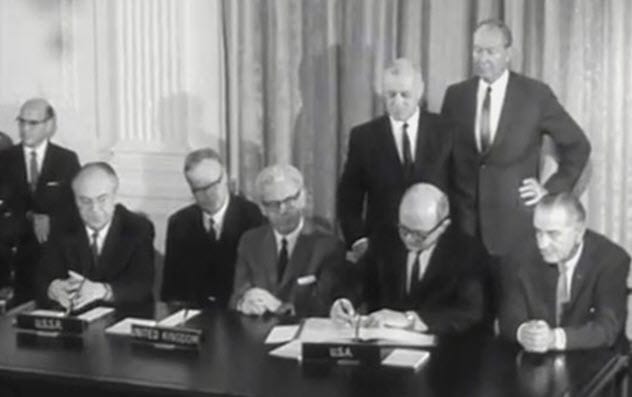 The 1967 Outer Space Treaty—which was signed by the US, the UK, and the Soviet Union—includes the principle that “outer space is not subject to national appropriation by claim of sovereignty.” The 1979 Moon Agreement, which deals with activities specifically on the Moon and other celestial bodies, has only five nations signed up. They don’t include the US or Russia.[8]

The Outer Space Treaty makes mention of nations being responsible for nongovernmental organizations, but we know from experience that this isn’t the case. For example, when they hire private security firms in war zones, governments won’t always take responsibility in this way.

This could create a scenario where nations hire private contractors to do their work in space and then act ignorant if anything happens. Sounds like a movie plot for sure.

2 Countries Are Making Their Own Laws 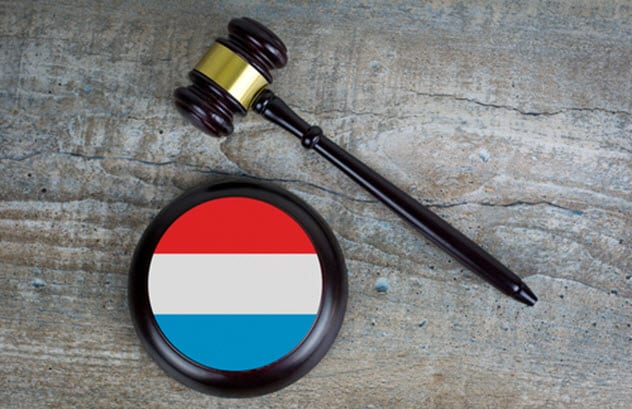 As so few nations signed the more recent 1979 Moon Agreement, countries are starting to create their own laws to govern how their citizens can explore and use resources in space. This is what Donald Trump did with his executive order on April 6, 2020. However, Luxembourg had already taken things even further.

Their July 20, 2017, Law on the Exploration and Use of Space Resources states that Luxembourg companies (or European companies with registered offices in Luxembourg) may take ownership of their extracted space resources after the Luxembourg government authorizes them to do so.[9]

Although it is not certain, this may offer a way for companies in other European countries to skirt more restrictive laws in their home nations. In a sense, Luxembourg may become to asteroid mining what Switzerland is to international banking.

1 It Could Solve Climate Change 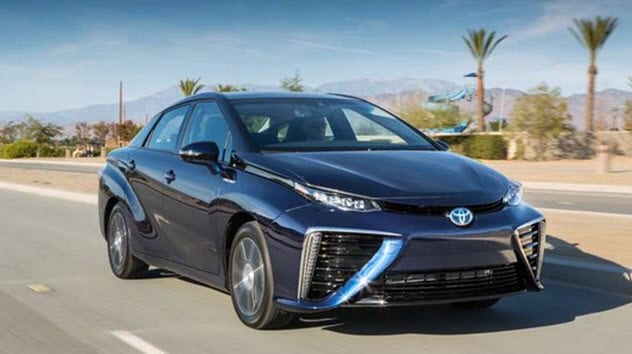 At this point, it sounds like all doom and gloom. Countries are selfishly enriching themselves at the expense of others, and the possibility of all-out warfare appears to be escalating.

But don’t worry. Every cloud has a silver lining.

In the long term, the issues surrounding asteroid mining could solve the problem of climate change on Earth, which would affect every nation. We could use new and better space technologies on our own planet. This has already happened with other space technologies: GPS, for example.

Remember when we mentioned earlier the splitting of water into hydrogen and oxygen to produce fuel? If this process was used heavily in space, more research money would be invested in it, the process would become more efficient, and costs would be reduced. This would allow us to produce hydrogen-fuel-cell cars at a price where they become mainstream.[10]