by crubel
fact checked by dickensgirl

Many like to tilt one back now and again — or again and again. And the price of alcohol, in its various guises, ranges from free jailhouse hooch to holy shit! For the budget-conscious boozer there’s a certain cost-benefit analysis to purchasing your tipple of choice. For the uber-rich, getting lit never cost so much. Is it worth the price, or a case of fools and their money?

So we’re talking wine, Bourbon, Scotch, beer, Cognac, you name it. Some in the list are artifacts of history, some are still being made, and some are just plain kitsch. Ten different permutations of ethyl alcohol; the high cost of getting high: 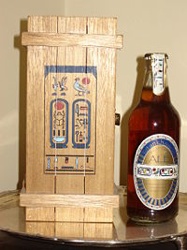 It stands to reason that the working man’s Champagne is the only product on this list that the working man can afford. But at $100 a bottle, Sam Adams’s “Utopias” is too rich for my blood alcohol level. It does come bottled in a cute, brewing-kettle shaped bottle, and with an alcohol content of 25% by volume (strongest beer in the world), it gives a bit of bang for the buck.

However, $7,686 was paid at auction for the first bottle of Tutankhamun Ale. It was developed by Cambridge University scientists who gleaned the recipe from hieroglyphics and brewing dregs from the catacombs of one of Tut’s in-laws. The remaining lot of beer was sold for about $76 per bottle.

Evan Williams 23 year old Bourbon tops the bourbon elite with a price tag of $350. It is available only at the distillery. 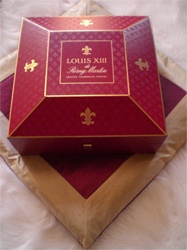 The big Cognac houses always seem to one-up each other for the distinction of super-duper-ultra-deluxe-mega-killer-kick-A Cognac. The latest entry is Remy Martin’s venerable Louis XIII’s upscale “Black Pearl,” selling for over $10,000 a bottle. Unlike the regular Louis XIII bottling (about $1500), Black Pearl is blended from 1200 different eau-de-vie raging in age from 40 to 100 years. It’s so exclusive that it’s sold by invitation only. Lowlifes can’t even look at the product at their website without a password. (Oo la la!) 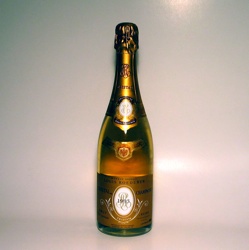 Yes, I know Champagne is wine and I already have a wine category, but it deserves a special category because it’s… well its Champagne! 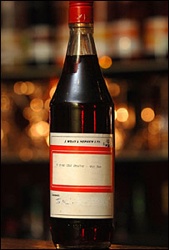 Irie irie, mon! Jamaican rum for $54,000? Four bottles of this rum bottled in the 1940’s were discovered recently. Why it’s believed to be so valuable, I do not know. I didn’t think rum was trendy enough to fetch this price. Maybe Bob Marley pickled something in it.

With a release price of $38,000, a bottle of The Macallan “Fine and Rare Collection,” 1926, was sold to a South Korean businessman in 2005 for $75,000. Unlike many other products on this list, this bottle is not a collectable for collection’s sake, nor an excuse for a lavish bottle. The money paid for this Scotch is money paid for the stuff in the bottle, and it‘s meant to be drunk. For these reasons, I elect The Macallan as the most expensive social lubricant on Earth. If you’d care to try it without investing in a whole bottle, an Atlantic City casino sells a 2oz. pour for only $3,300!

At a 1985 Sotheby’s auction, a bottle of 1787 Chateau Lafite was purchased for $160,000. Even without adjusting for inflation, this still stands as the most expensive bottle of wine ever sold (or bought even). Why so much for an undrinkable bottle of rotted vinegar? This relic was in the proud possession of Thomas Jefferson, whose initials are etched into the bottle.

Found in 2005, this century-old bottle is from Ireland’s Nun’s Island distillery (defunct since 1908). Attempts to locate a sample came to naught until a lady, unsolicited, walked into a liquor store with a bottle in hand. She thought it “might be worth something” and wanted to see if the proprietor knew what it might be worth. It’s worth something, but priced at over $200,000 it has yet to sell in over 2 years. When it sells, it will be by far the most expensive bottle of whisky or whiskey. Any takers? 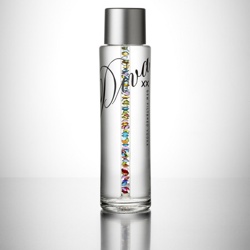 How crazy will the trendy, high-end vodka craze get? I’ve always been fairly certain vodka is all about a cool bottle and a hip name. Now I’m certain. “Diva” vodka seeks to trump all-comers — game, set, and burp. This triple distilled vodka, like many other vodkas, is also charcoal filtered. The charcoal in Diva’s case comes from a different array of carbon bonds; the vodka is filtered through crushed diamonds. But what really ups the price is the custom-made bottle. Inside each bottle is an array of real gemstones, the quantity and quality of which depend on how much you’re willing to pay. A high-end bottle of Diva (“low-end” being $3,700) will cost you more than a million dollars. Wanna do shots? 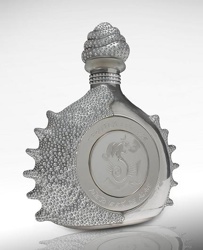 The company now produces a one million Euro bottle ($1.5 million USD) which is platinum encrusted with diamonds. They must be a bit hard-pressed to sell it, since they offer a one hundred thousand Euro finder’s fee if you can find a buyer. If the bottle sells, it’ll be the most expensive bottle of any alcohol. Curiously, the company is not too discriminating as to what goes in the bottle; they’ll fill it with some Cognac if you prefer.

In 1989, another of Thomas Jefferson’s Bordeaux’s (this time a 1787 Chateau Margaux) was taken to the Four Seasons restaurant in New York to show it off. Near the end of the evening, a waiter bumped the dinner table and upended the wine, resulting in a total loss. A total insured loss of $225,000. Cheers!