Drinking has always been one of America’s favorite pastimes. Bars, taverns, pubs, and the like have been around since the earliest parts of history. The intersection of various cultures throughout time has led to the exchange of various liquors and recipes all over the world.

This sharing of liquors has led to a cornucopia of craft cocktails and pieces of modern alcoholic artwork. Have you ever stopped to wonder just where your favorite drink comes from? If you are a history buff who loves alcohol, this list is for you. 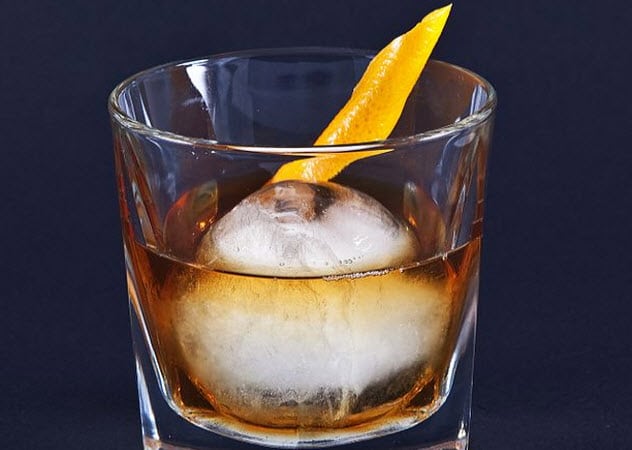 For whiskey connoisseurs, this is the ultimate cocktail. A great-tasting, well-balanced cocktail that is essentially a celebration of whiskey on your palate. However, you may not know that this cocktail is not only rich in flavor but also rich in history.

The invention of this alcoholic masterpiece is credited to a barkeep named James E. Pepper in 1880. An article written in 2005 in the Louisville Courier-Journal indicates that Pepper invented the drink in Louisville. Then he took the concoction to New York City, specifically the Waldorf-Astoria Hotel bar, where it blossomed in popularity. This is credited as the birthplace of the old fashioned.

However, some detractors of this story point to a book written in 1862 by Jerry Thomas as proof that the recipe existed prior to 1880. Although Thomas’s Bartenders Guide: How To Mix Drinks does mention a similar cocktail, it uses gin in lieu of whiskey, thus changing the complexion of the drink.[1]

While the origins of this craft cocktail can be debated, there is no question that it is one of the most popular bar drinks served to this day. 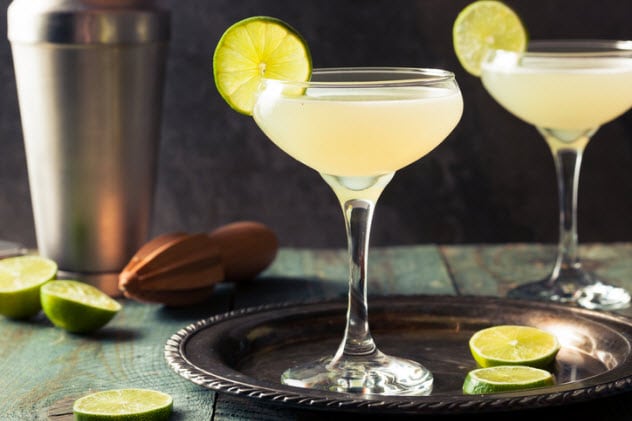 Despite being widely considered “a chick drink,” the daiquiri surprisingly has a manly origin story. Cut to the 17th century when the British and the Spanish aggressively patrolled the seas, hunting pirates and trying desperately to expand their rule.

The sailors of the naval ships battled long journeys with bad weather and seasickness. To help cope with this, the sailors were allotted 3.8 liters (1 gal) of beer per day per man by law.

The problem was that many of these ships were patrolling the Caribbean (with Nassau being a known pirate hot spot) some 7,200 kilometers (4,500 mi) away. Stocking enough beer for a journey that long—let alone restocking it from so far away—posed a great logistical problem.

The solution came in the form of rum. It was decided that 473 milliliters (1 pt) of rum (which was widely available in the Caribbean) was a fair substitute. Unfortunately, the rum was much more potent and the soldiers’ productivity declined drastically because they were really drunk.

In 1740, Naval Admiral Edward “Old Grog” Vernon began diluting the liquor with water in lime juice to help his crew stay more sober. Those ingredients are the base of what became known as the daiquiri.[2]

Technically, Jennings Cox is credited with the invention of the daiquiri. He ran out of gin while hosting guests and used rum as a substitute, calling it the daiquiri after the name of a beach on the island of Cuba. However, that’s far less cool than drunken pirate hunters. 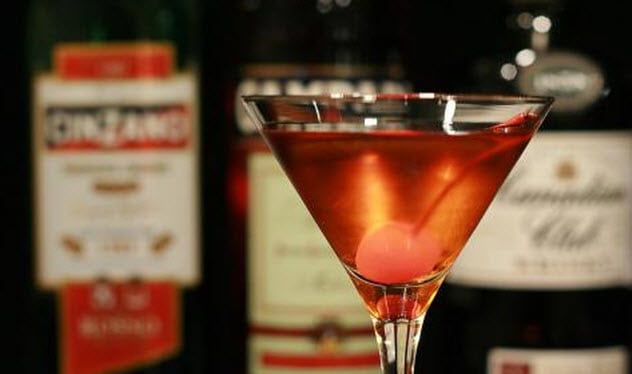 Would you believe that this cocktail was invented at a party for Winston Churchill’s mother? Even though this was a popular rumor about the origin of the Manhattan, this theory holds little weight. Lady Randolph Churchill was back in England and already pregnant with Winston at the time this drink rose to prominence.[3]

The Manhattan Club in New York still claims ownership of the original recipe (hence the name). But there are whispers of a man, simply called “Black,” who invented the drink while working at the Hoffman House in New York. While the exact details are up for debate, all experts agree that the Manhattan originated in New York. 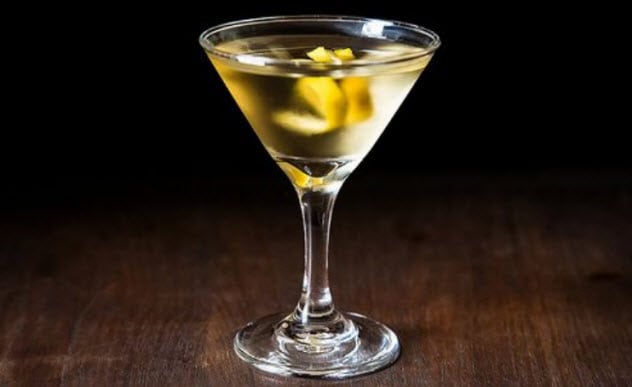 The origins of this drink have more theories and plot twists than a James Bond movie. With multiple, unverifiable, competing origin stories, the rule of writing is that the coolest theory always wins out.

So here goes. A gold miner in Martinez, California, struck it rich in the early 1800s and naturally decided to hit the local bar to celebrate. He ordered champagne, but the bar didn’t have anything.

So he said, “Make me the fanciest concoction you can think of.” The bartender threw a few ingredients together in a glass, and the miner loved it. He asked the bartender to tell him what was in it. Then the miner traveled to San Francisco, asked for this drink at another bar, and taught the bartender there how to make it.

Originally known as the “Martinez Special,” the martini was born. Still around today, this alcoholic artistry has become a golden classic.[4] 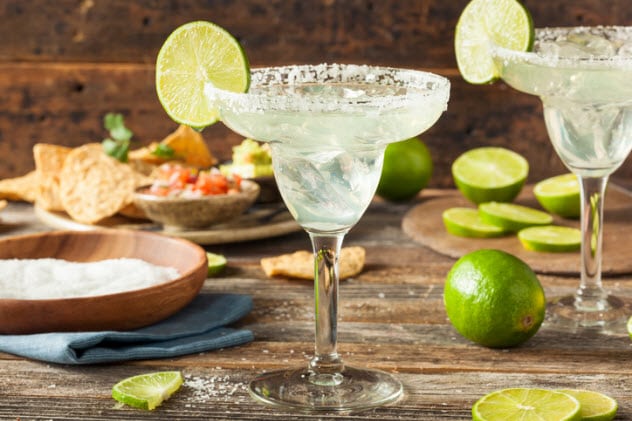 The margarita is one popular drink that has three competing theories about its invention.

Margarita Sames was a rich girl from Dallas, Texas. She claimed that she invented the drink while vacationing in Acapulco with her friends in 1948. One of her friends, Tommy Hilton (of the same family that owns the Hilton Hotel chain), was so impressed by the drink that he put it on the hotel bar drink menus.

However, as Jose Cuervo was already an established tequila brand that actively endorsed the margarita starting in 1945, it is highly unlikely that Margarita invented her namesake drink. There are some who swear by this story, though. (Because rich people with power and influence would never lie, of course.)

Another claim is held by Danny Negrete. He supposedly made this cocktail as a wedding gift for his sister-in-law, who also happened to be named Margarita.

Finally, we have Mexican bartender Don Carlos Orozco who reportedly made this drink for the daughter of a German ambassador. She was also named Margarita. It is worth pointing out that there was a similar drink that became highly popular during Prohibition called the Daisy. Coincidentally, margarita is Spanish for “daisy.”[5] 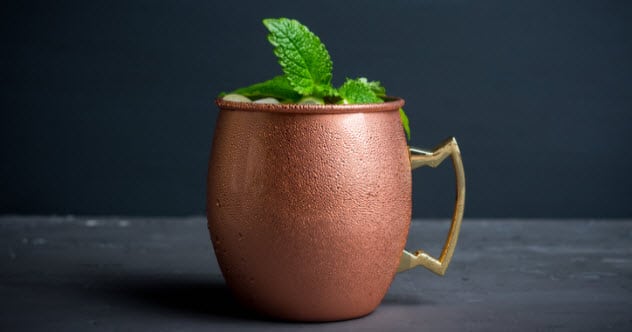 Just like the Manhattan is from Manhattan, the Moscow mule must be from Moscow, right?

Although the exact origin of the drink is unknown, the owners of the Los Angeles pub Cock ‘n’ Bull brought the drink to popularity in the 1940s. However, in an article published in 2007 in The Wall Street Journal, Wes Price, the head bartender for the Cock ‘n’ Bull, claims that he invented the recipe. Whatever the case, the Moscow mule jump-started the popularity of vodka within the US.

4 Sex On The Beach

The origins of this drink are ironclad. Its terrible name—along with alligators and hurricanes—can be tracked to one place: Florida. A bar called Confetti’s is credited with the invention.[7]

Apparently, one of their bartenders made the fruity drink and thought, “What’s the most ridiculous, basic, noncreative name I can think of for this? Oh, hey look! There’s a couple having sex on the beach! I’ve got it! Sex on the Beach!”

Admittedly, we can’t be sure that’s exactly how it went down, but we are talking about Florida here. So it seems pretty accurate. 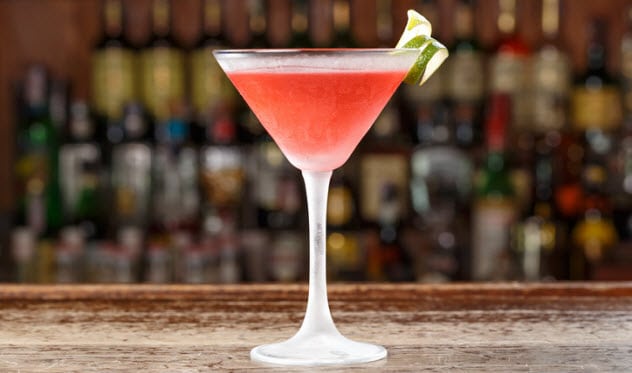 The cosmo was actually a symbolic drink in the gay community in the 1970s when it was first introduced. The drink is credited to bartender Cheryl Cook, who worked in South Beach. As the story goes, a customer asked her to craft a drink that made him look sophisticated but was sweeter and less harsh than the traditional martini.[8]

The cocktail crafted by Cook became known as the cosmopolitan. At the same time, John Caine, a bartender in Provincetown, had created a similar drink. Caine took the drink with him to San Francisco where it exploded in popularity in the gay social scene. 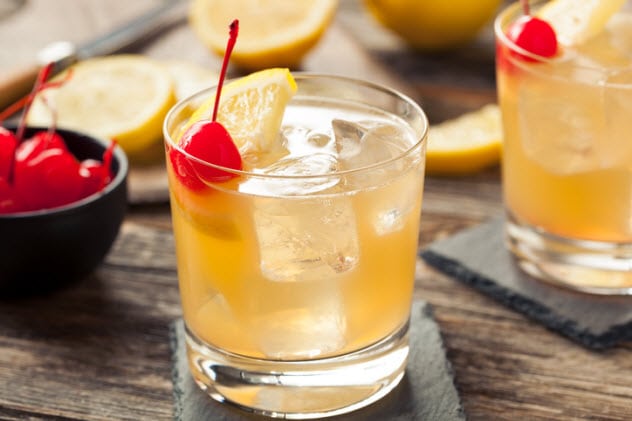 Jerry Thomas’s Bartenders Guide: How To Mix Drinks contained a recipe for this legendary whiskey drink back in 1862. Unlike other cocktails that took a long time to rise to popularity, the whiskey sour has been popular from its birth all the way until . . . well . . . now.[9]

Wisconsin newspaper Waukesha Plaindealer once published an article which referred to the whiskey sour as “a cardinal point in American drinking.” Sometimes, when you make a perfect drink, it stays perfect for over 100 years. 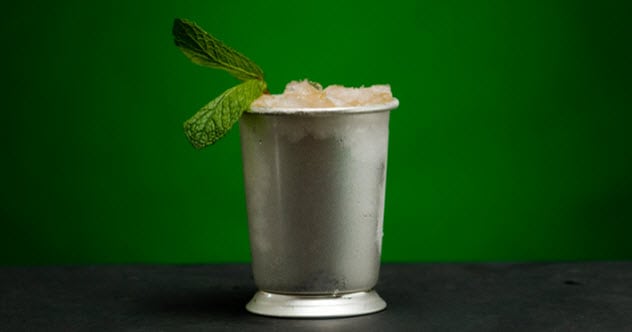 Originally, the mint julep was rumored to be consumed for its medicinal properties. Farmers would drink them in the morning, much like people now drink coffee, for the extra boost to get them going. The mint julep also became the official drink of the Kentucky Derby in 1938.

The word “julep” is of Persian heritage. It is derived from the word gulab, which is a Persian sweetened rose water much like the syrup used to make the minty fresh beverage we know today. In Arabic, gulab is known as julab, which became julapium when translated into Latin.[10]

Since julapium syrup was used to make the drink, it worked its way into the name to form what we know today as the “mint julep.” The fact that the liquor of choice for these drinks is bourbon explains the Southern popularity and the prominence that the mint julep has in connection with the world-famous Kentucky Derby.

Eric is a 29-year=old restaurant consultant residing in Maine.