Seeking the ultimate high, people have ingested all kinds of bizarre chemicals and plants through history. Fortunately they have related (those who lived anyway) their experiences so we can now recount them to you. Prepare to be shocked by some of the contents on this list; you will almost certainly not know the drugging abilities of the majority of these. They may not be the most pleasant alternatives for when you run out of weed, but they certainly work. This list starts off with quite a bang, so get reading.

SEE ALSO: 10 Of The Most Illegal Drugs And Their Histories

Anafranil is an anti-depressant that causes people to have orgasms every time they yawn. Yeah. No joke. A 1983 article in the Canadian Journal of Psychiatry found a case of a woman in her twenties who came every time she yawned! She even used it to her advantage: “She found she was able to experience orgasm by deliberate yawning.” This is one drug that had better not be outlawed. Now I just need to find a doctor willing to prescribe it! 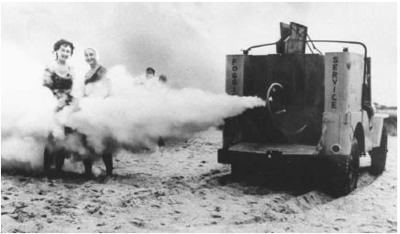 Yes, this pesticide, which has now been made illegal in many countries, can produce feelings somewhat like Ecstasy (Hear that environmentalists? You inadvertently banned a great hallucinogenic-drug!) A popular cocktail was made during the ’50s (called the Mickey Slim) was made by adding a small amount of DDT to gin! In the image above we see two women getting utterly stoned on DDT. 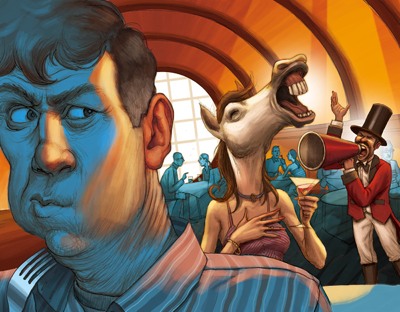 DIPT is a tryptamine that affects auditory (sound-based) functions. Users experience things such as voices on the radio being lower in pitch than usual, music sounds distorted, and some people experience light hallucinations. The drug can cause the odd feeling of being bloated, but if you take an antacid immediately after consumption, it usually solved the problem. During the drugged experience, some users also claim to hear a constant ringing in their ears, this can (unfortunately) last for up to two weeks.

Saffron
How to Test Saffron: Fake vs Pure Saffron

Saffron is a flower used as a food additive. The Encyclopedia of Psychoactive Substances states that the orange-yellow flower “…is known to have…narcotic effects similar to those of opium.” Saffron actually has an ancient history of use as a drug; the Ancient Minoans used to drink a tea infusion of it to get high and the Persians and Greeks considered it an aphrodisiac. The Romans and Egyptians used it in various medicines. 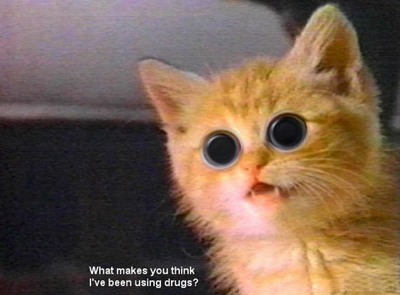 Catnip: it’s not just for your tabby anymore! Many who have smoked it say that it gives a mellow, pot-like buzz. Though most warn that you should not get your hopes up too, ahem, high. It leaves a minty aftertaste and is apparently much easier to smoke than pot (and doesn’t cause coughing).

Xenon is a heavy, odorless, inert gas that can be found in the Earth’s atmosphere, lasers, gas-discharge lamps, medical imaging, in the process of creating nuclear power, for protein crystallography, in the production of MEMS (microelectromechanical systems), and for anesthesia. Naturally, most anesthetics like nitrous oxide and Novocaine (which is made from cocaine), have hallucinogenic side-effects. It’s effects are said to be like that of nitrous oxide, except without the auditory-effects and the “headachiness.” One anonymous user on the web-site “Lyceaum” said that it gives the user an ability to, “…zero in on ‘singularity’ thoughts and memories and hold them for ‘sentimental orgasms’…” 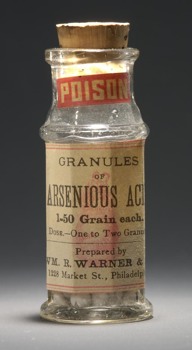 Many poisons (such as arsenic and strychnine) and venoms have been known to have hallucinogenic (and sometimes beneficial) effects! Mountain-climbers in late-19th-Century Austria regularly consumed arsenic to, “…obtain healthy and sturdy looks…to appear strong and robust…” and to “…facilitate breathing while climbing.” (Baron Ernst von Bibra.) In the 1902 book, Morphinism and Narcomanias From Other Drugs, it even says that a person can develop an addiction to arsenic. As for venom, The Encyclopedia of Psychoactive Substances states that “…Holy men in India smoke cobra venom for its psychoactive effects. [T]heir dried venom glands or crystallized venom is often mixed with cannabis.” The book also reveals that 10 Native American tribes in California were known to swallow live ants as a way of inducing hallucinations! The ants bite the stomach-lining, injecting their venom, and can be vomited while the ants are still alive. 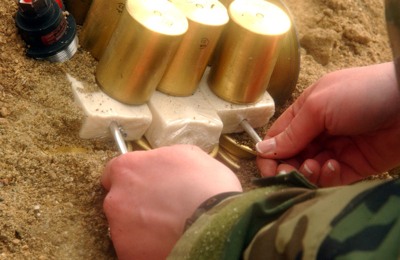 As everybody knows, C-4 is a very effective explosive (1.34 times more explosive than TNT!). But is it a drug? According to the book titled Uppers, Downers, All-Arrounders, it is! The authors state, “Modern veterans have been known to ingest C4…for their psychedelic effects. Tremors and seizure activity can result, but usually not an explosion, as it takes a blasting-cap to set off the chemical.” No joke. In fact, the Marine Corps training document on explosives includes the following caution: “Do not ingest any explosive material!” 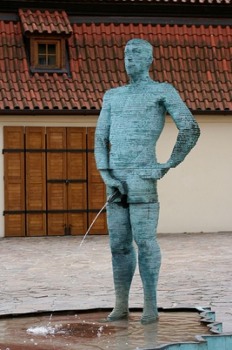 At one time, Eskimos and tribes in Siberia were known to consume the urine of another person who had consumed fly agaric mushrooms (amanita muscaria). They did so for several reasons: Firstly, since there wasn’t an infinite supply of mushrooms, this approach help to conserve and economize them. Not only would drinking the urine of someone who had consumed the mushroom get you high, but also drinking the pee of the person who had drunk the first “batch” of urine would get you high! And so forth and so on, going up to five different “generations” of people! An added benefit was that pre-digested mushrooms didn’t cause as much nausea and cramps as just eating them directly. They loved this high so much, that they would butcher and eat reindeer who had also eaten fly agaric for a contact-high! 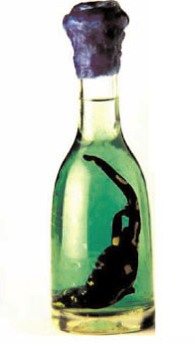 No, it is not an alcohol made from salamanders, but rather from what they produce. Salamander brandy obviously can’t be found in your local liquor store. It is non-commercially produced in Slovenia. There are at least two ways of making it, both of which involve animal cruelty. First, the salamanders are hung from their back legs, and brandy is poured onto their bodies, and drips into a cup. Then the salamander is placed on a sieve, and brandy is poured onto them until they drown. The point of this is to infuse the alcohol with the poison salamanders produce when they are defending themselves. Nonetheless, it is said to produce symptoms like LSD and Ecstasy combined, in addition to the effects of the alcohol (although, the alcohol content is particularly low)! 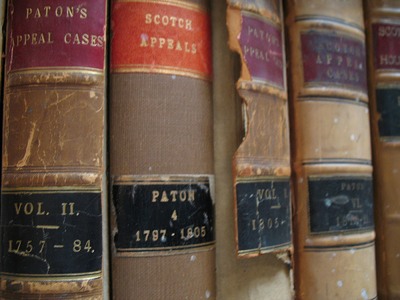 Alright, it’s not exactly old books, it’s the fungi and molds that occasionally grow on them! Some of these molds and fungi are said to have hallucinogenic effects. Don’t go eating pages of old books right-off-the-bat, though. They usually also come with side-effects, such as nausea, vomiting, dizziness, and confusion!

Source: The Disinformation Book of Lists

10 Mutant Genes That Could Make You Superhuman