In eighth-century England, criminals could escape the death penalty by retreating to churches and paying a fine. In the years leading up to the Reformation, however, the principle of sanctuary declined, and church sanctuaries were officially abolished in 1540.[1]

Although religious institutions are no longer legal sanctuaries, they continue to operate as powerful symbols in a gray area. As such, various churches and religious establishments have still harbored fugitives and lawbreakers over the years. Here are ten examples, ranging from the 19th century to recent times. 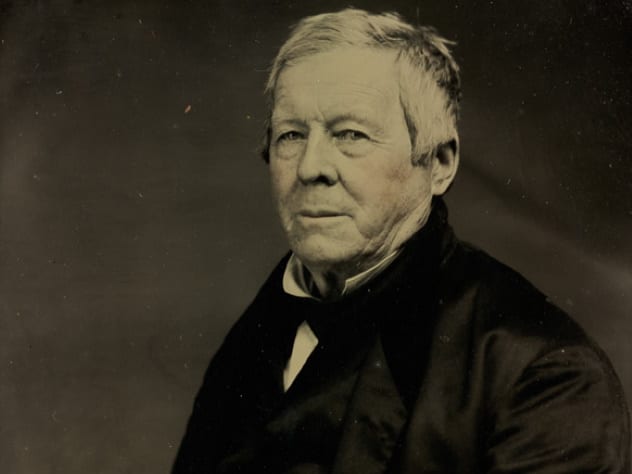 Thomas Garrett, a member of the Religious Society of Friends, more commonly known as the Quakers, grew up in an Upper Darby, Pennsylvania, household that hid runaway slaves. After a black servant in the Garrett house was arrested and forced into slavery, Garrett strategically moved closer to the Mason-Dixon Line.

From Wilmington, Delaware, Garrett utilized the Friends meeting house there as an important last stop on the Underground Railroad. After assisting at least 2,700 escaped slaves to safety in his 40-year career as station master of the Underground Railroad, Thomas Garrett was found guilty in 1848 of violating the Fugitive Slave Act. He was fined heavily and lost all of his property, but at his hearing, he gave an impassioned anti-slavery speech. In 1870, when black people were given the right to vote, Garrett was praised by local African Americans as “Our Moses.”[2] 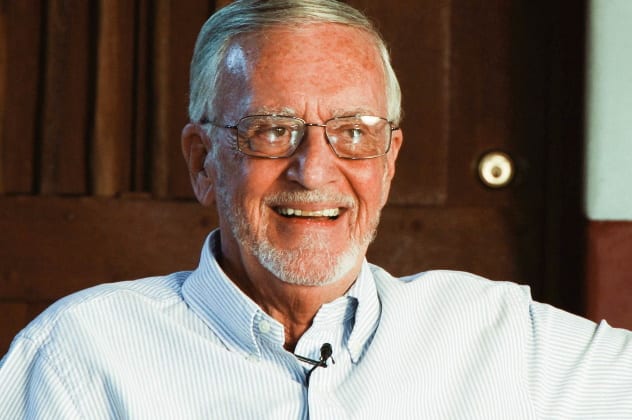 In 1980, 13 Salvadorans trying to enter the US were abandoned by their guides and died in the Sonoran Desert. The refugees were fleeing civil war and martial law that had spread through much of Central America. The incident made national news and spurred several congregations to act, including Reverend John Fife of the Southside Presbyterian Church in Tucson, Arizona.

From 1982 to 1992, Fife led 560 other congregations that settled Central American refugees throughout the US and Canada. Approximately 15,000 refugees came through Fife’s church alone. By the mid-1980s, the US government had sent spies into Southside Presbyterian, and in 1986, Fife and seven others were convicted of alien-smuggling charges. Fife served a probationary five-year sentence and continues to be active aiding those at the border today.[3] 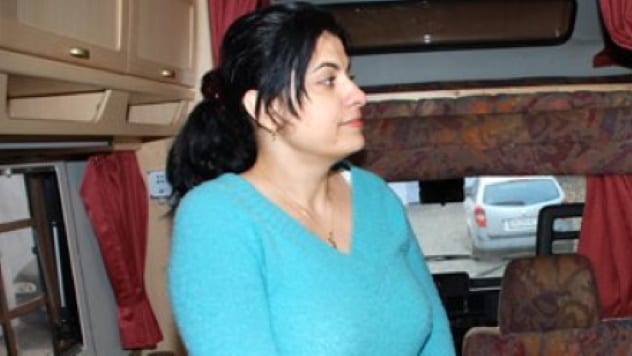 In 2007, Shahla Valadi, an Iranian Kurd who converted to Christianity, had been hiding from deportation authorities in Norwegian churches for seven years. When Valadi’s supporters held a rally to amend her legal status, Valadi was hesitant to attend the rally, which was outside church grounds.

Valadi’s supporters helped her outfit an RV into a “rolling church.” With Valadi in attendance, the rally was held in downtown Oslo and then moved to the Norwegian parliament. Although the rolling church was never consecrated, Valadi’s ploy worked. Less than two months after the rally, Shahla Valadi was granted asylum in Norway.[4] 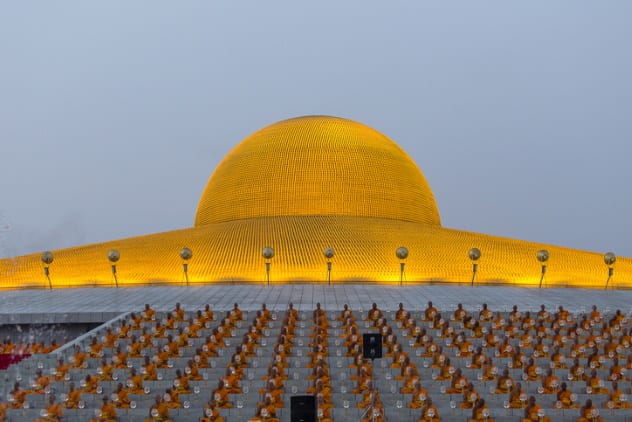 In February 2017, Thai security forces in search of Phra Dhammachayo, 72, breached the contentious Bangkok-area Wat Dhammakaya Buddhist temple (also called Wat Phra Dhammakaya). Dhammachayo was accused of money laundering and taking $33 million in embezzled funds from a former disciple/banker who was in jail.[5] The temple is known for its sci-fi architecture as well as its ties with the political elite.

Wat Dhammakaya ignored three summonses for Dhammachayo as well an arrest warrant, citing Dhammakaya’s condition of deep vein thrombosis that prevented him from leaving the grounds. In an hours-long raid broadcast on live TV, the monks of Wat Dhammakaya allowed authorities on temple grounds but strategically parked shuttle buses and a human blockade of 1,000 supporters outside the inner sanctum. The authorities then retreated in accordance with Defense Minister Prawit Wongsuwan, who later noted, “What do you want me to do? You want me to hit a monk?” 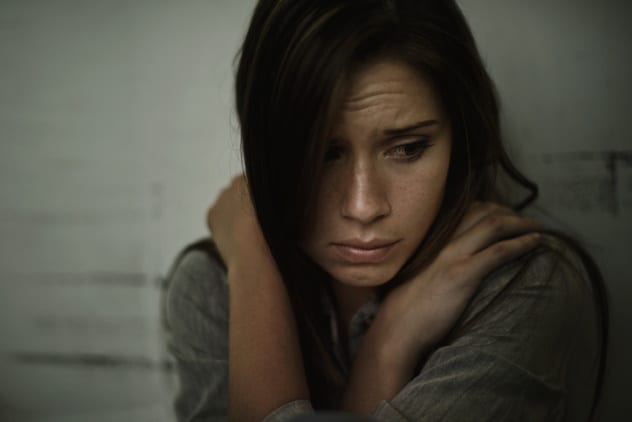 When abortion became legal in New York in 1970, Stephens College chaplain William Kirby helped women in need of an abortion get to New York. From when the dorms opened at 5:30 AM, Kirby helped shepherd young women from Columbia, Missouri, (the location of Stephens College) onto a flight that would land in New York. And then after the procedure, he’d have them back in their beds in Columbia by 10:30 PM the same day. Kirby and the Clergy Consultation Service even trained the American Airlines flight attendants what to do in case a patient hemorrhaged on the way home.

Kirby estimates that he helped over 3,000 women obtain abortions, though he did not keep records for legal reasons. This was an especially daunting task in Missouri, where if one pointed toward an airplane and said the word “abortion,” he might as well have been guilty. Kirby was eventually called into a hearing in Jefferson City, where he pleaded the fifth. The Clergy Consultation Service as a whole estimates that they helped 250,000 women obtain abortions. By 1973, Roe vs. Wade had made abortions legal, and Clergy Consultation Services members shifted their focus to contraception or went back to their normal lives.[6] 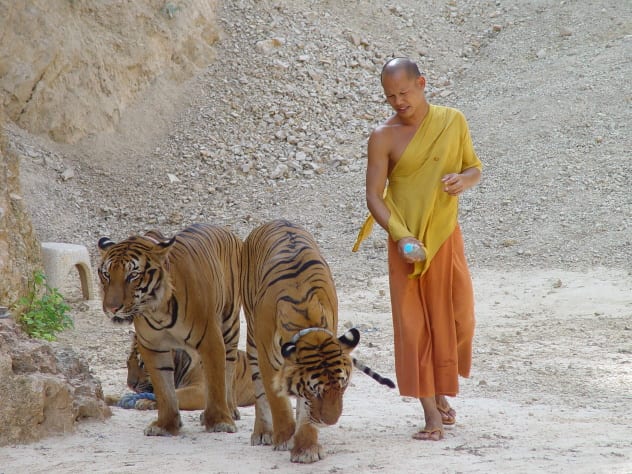 Thailand’s famed Tiger Temple, a popular attraction where tourists get to pet, feed, and walk domesticated tigers, is three hours northwest of Bangkok. The Tiger Temple has long been mired in controversy, but in December 2014, a more conspicuous charge was added to its docket when three adult male tigers went missing. Two months later, the temple veterinarian resigned and went to authorities with the missing tigers’ microchips, a legal precaution for endangered domesticated animals.

Australian student Sybelle Foxcroft, who was staying at the Tiger Temple for her thesis studies, corroborated the 2014 charge. Foxcroft says she witnessed vans removing tigers in the middle of the night that were aided by monks in temple robes. Shortly afterward, Thai authorities raided the temple and found indications of illegal wildlife trade as well as lesser illegalities but no damming evidence. As of 2016, the Tiger Temple was applying for a zoo license, which the Thai authorities said they would not grant if they found evidence that the Tiger Temple was involved in illegal wildlife trafficking.[7] 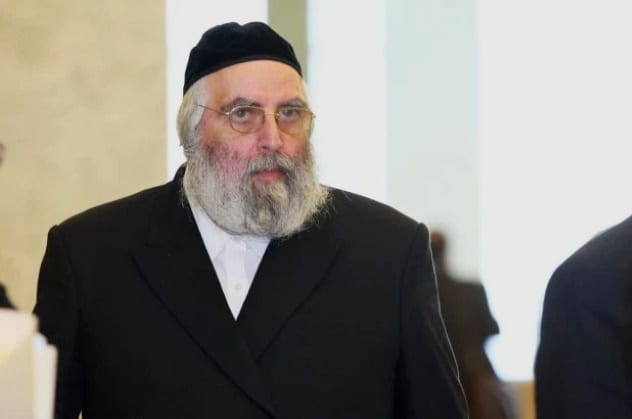 In 2008, Sam Kellner exposed a man who molested his teenage son at Munkacz synagogue in Borough Park, Brooklyn. To make matters more complicated, the alleged abuser, Baruch Lebovits, was the descendant of a rabbinic dynasty and had 24 grandchildren. Kellner didn’t believe that the synagogue council would deal with the issue effectively, so he went to the police.

Kellner took his son to the Brooklyn Special Victims Unit in Crown Heights. Although Kellner discovered many other complaints against Lebovits, to the law, he was a first-time offender. The charge was a misdemeanor, and Lebovits probably would not receive jail time, so the Crown Heights detective asked for the names of other victims, which led to Lebovits’s arrest.

Even after the arrest, members of the Munkacz community rallied around Lebovits. Kellner was threatened and offered bribes, and his businesses lost customers. Meanwhile, his son was pushed out of school. Lebovits’s other key victim bowed out just before the trial began in March 2010.

Lebovits was nevertheless found guilty and sentenced to 32 years, but he was released after 13 months due to the conviction being overturned.[8] In 2014, he pleaded guilty to sex abuse charges and received two years in prison.

3 Five Monks At A Texas Monastery Were Pedophiles 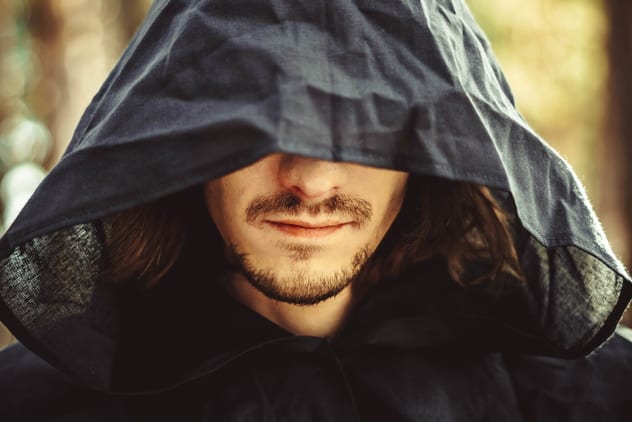 Local residents had long had doubts about the Christ of the Hills Monastery, located 8 kilometers (5 mi) outside the farming community of Blanco, Texas, itself around 80 kilometers (50 mi) north of San Antonio. The monks who would occasionally appear in Blanco had long hair, scraggly beards, and wore black robes. In 2006, charges of money laundering, fraud, and sexual abuse of boys were brought against five of the monastery’s monks, including its founder Samuel Alexander Greene Jr.

Greene, a former real estate pitchman, set up Christ of the Hills in 1991. When abuse allegations caused investigators to raid the compound in 1999, Blanco County sheriff William Elsbury said they found ten firearms and “a liquor cabinet to rival the governor’s.”

The Russian Orthodox Church, which had accepted the monastery in 1991, cut its ties with Christ of the Hills in 1999. In 2006, authorities took command of the 105-acre compound.[9] Four of the monks were convicted, while Samuel Greene killed himself before going to trial. In 2010, the monastery was bought by a man who plans to build a home on the scenic hill that overlooks Blanco.


2 Rwandan War Criminal Is A Catholic Priest In France 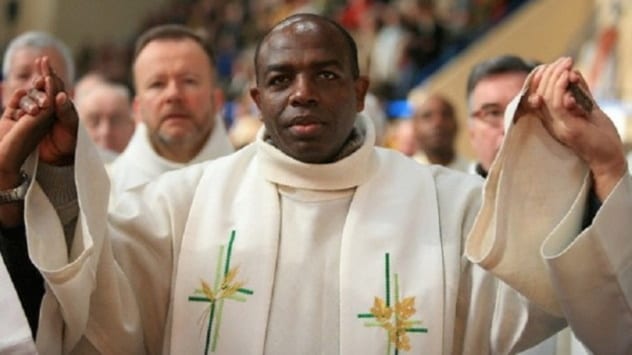 In the 2001, Father Wenceslas Munyeshyaka was welcomed with open arms when he appeared at a church in Gisors, France, as a Rwandan refugee. As Father Wenceslas further ingratiated himself within the congregation, no one in the Normandy town suspected that he was a war criminal hiding in plain sight.

Then, in 2005, the UN issued horrific charges against Father Wenceslas. The charges claimed that Father Wenceslas worked with the Hutus in killing and raping Tutsis. He was convicted in absentia by a Rwandan military court that same year.[10]

French justice officials took over the case in 2007. Although the French court admitted that Father Wenceslas’s role in the Rwandan Genocide had “raised a lot of questions,” they were unable to connect specific acts to him. 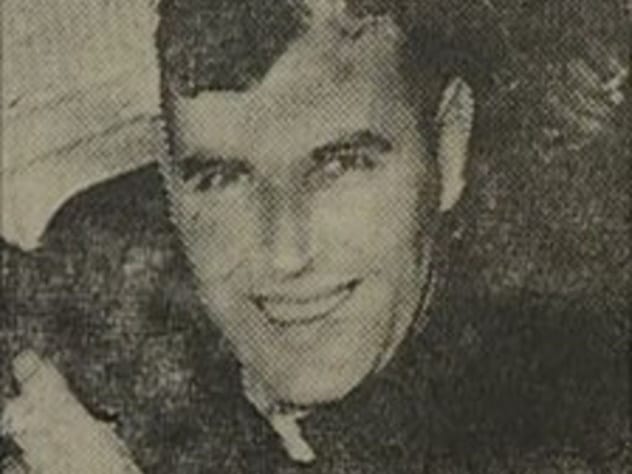 A 2010 investigation into the 1972 Claudy bombing that killed five Protestants and four Catholics, including an eight-year-old girl, showed that police at the time knew that Father James Chesney was involved. Chesney, who was head of the IRA in the Northern Ireland town of Derry, was a fierce proponent of Irish statehood and rejected Northern Ireland’s allegiance to the UK.

Instead of charging Chesney in 1972, the British government, the Irish Catholic Church, and the now-defunct Royal Ulster Constabulary moved Chesney to Ireland, where he’d be further from the violence in the North. Chesney, who died in 1980, was transferred because the church did not want to publicize the role of clergy in the Troubles.[11]

Jenny Hatchadorian is an award-winning filmmaker and writer. She has an MFA from CalArts and was an Adjunct and Assistant Professor of Film for several years. Her films have screened across the United States and have won Best Director, Best Actress, and Best Women & Film Awards. Her writing has been published by Story Club Magazine, Role Reboot and Listverse. Follow her on Instagram @jennyhatchadorian

Read more tales of people from different groups going out of their way to help each other on 10 Times Christians, Jews & Muslims Rescued Each Other and 10 People Who Risked Their Lives To Save Their Enemies In World War II.