During the ’70s and early ’80s, thousands of martial arts films from Japan, Korea, and Thailand came to America, being played in grindhouse theaters, drive-ins, and on late night TV. They gained in popularity, and around the ’80s and ’90s, America had a massive martial arts movie craze introducing a new generation to the wonders of these films. Huge stars shined in the martial arts world. Names like Jackie Chan, Bruce Lee, Chuck Norris and Jet Li were recognized, but there were hundreds of famous martial arts stars who shined a bit dimmer. Here’s a list of ten of these unsung heroes of martial arts cinema. 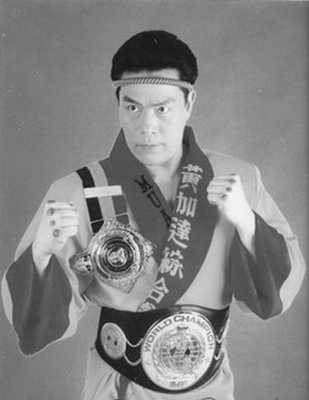 Carter Wong is probably best known as the developer of Chung Hop Kuen, a martial art combining the styles of Hapkaido, Shaolin Kung Fu Mui-thai and Taekwondo. However, he’s had quite a bit of success in film – thanks to his unforgettable face, intimidating demeanor, and ability to pull off mind-blowing moves in fight scenes. He’s been in over 50 martial arts films, mostly made in Hong Kong. He’s never gained a large following stateside, but maintains a celebrity status to this day as a well-known martial artist. 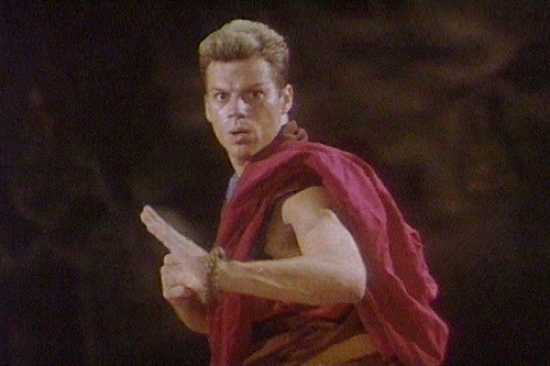 When a martial arts movie made in Hong Kong needed a western actor, they usually went with whoever happened to be in town and was willing to be kicked through a wall for a few hundred bucks. It was notoriously difficult for any European to make it very big in the world of Hong Kong cinema. Jeffery Falcon perhaps came as close as anyone ever did. An Olympic silver medalist in Taekwondo, Falcon had the moves and the connections to have a brief but illustrious career in Hong Kong film as ‘the evil white guy.’ He rose to near stardom with his cult-classic Six String Samurai in 1998, but has done little since. 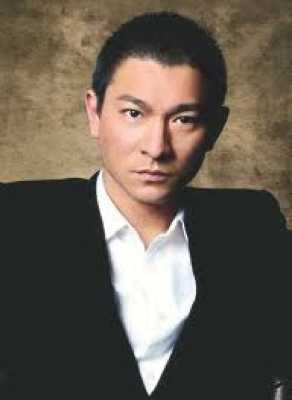 Best Known For: The Duel, A Fighter’s Blues

Considered one of the “Four Heavenly Idols of Cantopop,” Andy Lau is more known in his native China for his music rather than his films. While he’s almost an unknown in the States, some of his martial arts classics, such as The Duel and On the Wrong Track, have brought him some attention. He’s won several Hong Kong film awards and starred in many films, but his pop-music celebrity image has kept him from being taken seriously by many hardcore martial arts movie fans. 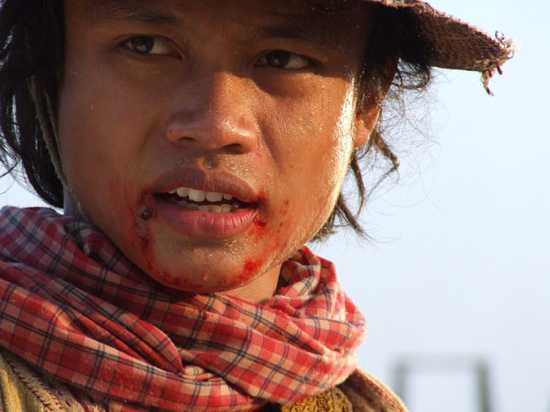 While virtually unknown to western audiences, Dan Choupong is a legend of film in his native Thailand, perhaps only second to the more familiar Tony Jaa. Choupong is known for his willingness to do almost any stunt imaginable, such as hurling himself off a moving semi truck in Born to Fight, or going into battle with lit rockets on his back in Dynamite Warrior. His movies are shining examples of Thai action cinema, but rarely find widespread success in the rest of the world. 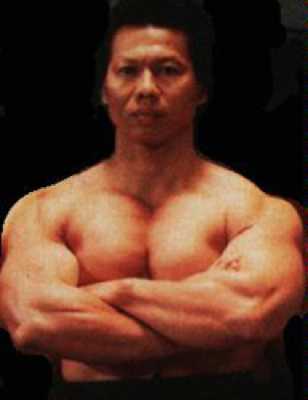 With his fierce gaze and legendary body-builder physique, many thought Bolo Yeung was going to be a big star. He was a martial arts master and body building champion, perhaps one of the best all-around athletes in Hong Kong at his prime. It’s even rumored that when Communism took over in his native China, he escaped to Hong Kong by swimming across the channel from the mainland! Despite his obvious skills, Bolo was almost always cast as the villain, and often a second-banana villain at that. While the characters he plays in the movies use a mixture of karate and pro wrestling moves, in real life Bolo Yeung is a well-known master of the more docile art of Tai-chi. 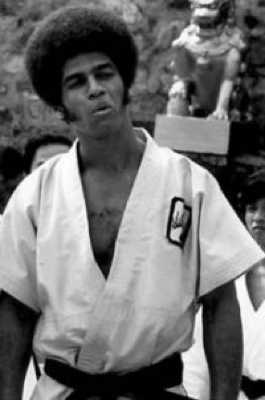 Martial arts cinema first found itself successful with African-American audiences in the 1970s when Bruce Lee broke the race barrier of martial arts, teaching anyone who came to him regardless of race, color or creed. One of his first and most promising students was Jim Kelly. Tall, lanky, and agile, Jim Kelly danced around his opponents, taunting them like a martial arts Muhammad Ali. His movies combined elements of Blaxsploitation and Kung-fu films, attracting audiences of all races. 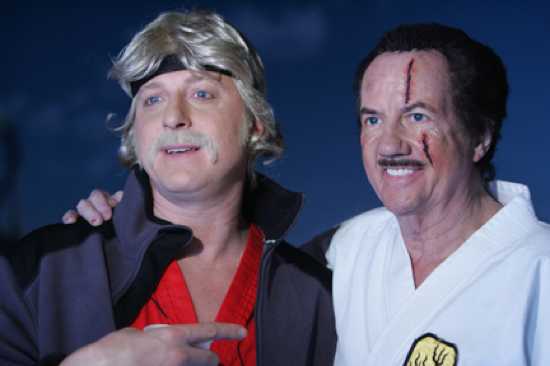 Best Known For: Fists of Fury, Blood and Bone

As mentioned before, westerners had a difficult time making it in China, but thanks to his friendship with martial arts legend Bruce Lee, Bob Wall stared in several films as Lee’s constant nemesis. His hulking stature and willingness to take a fall made him the perfect bad guy. After Bruce Lee’s death, he only starred in a few movies, but his success was still uncharacteristic of an obvious westerner in China. Outside of the world of movies, Bob Wall is a 9th degree black belt in Karate, as well as a world-champion kickboxer. 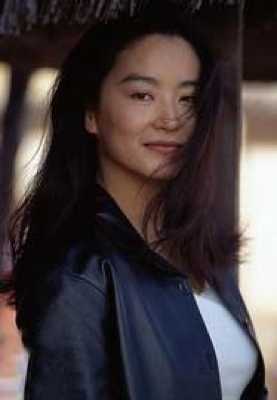 Best Known For: The Bride with White hair, Deadful Melody

Taiwanese actress, Brigitte Lin, is a beautiful woman who is, oddly, best known for playing tomboyish roles. She once played a male sorcerer in Swordsman II, that slowly transforms into a woman when he castrates himself for power. She started her career with dramatic roles, but proved she could slug it out with the best of them in 1977’s 800 Heroes, where she won the Asia Pacific Film Festival’s award for best actress. She retired from film in 1994, after staring in more than 100 movies, marrying businessman Michael Ying. 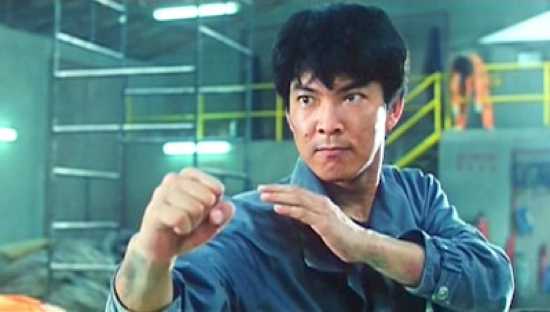 Best Known For: Project A, Once Upon a Time in China

Acrobat and martial artist, Yuen Biao, is best known as one third of the Kung-fu-teers in the 1980s, along with Jackie Chan and Sammo Hung. As a trio, they changed the way martial arts movies were made and filmed, with elegant fight scenes and awe-inspiring stunts. Yuen Biao’s acrobatic antics got him a number of solo roles, including a role in The Prodigal Son, an action comedy that was moderately successful. After retiring from movies to spend more time with his family, he still worked occasionally as a fight choreographer and stuntman. 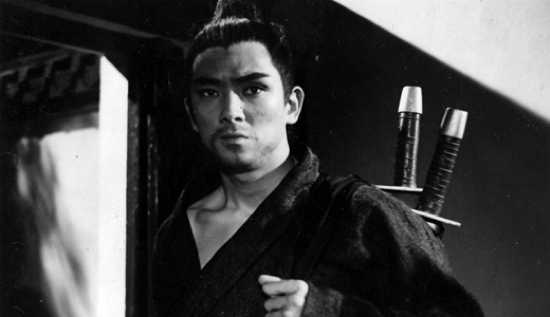 Best Known For: The One-Armed Swordsman, Island of Fire

He was the man who changed Hong-Kong cinema, but sadly most don’t know his name. Before his 1967 film, The One-Armed Swordsman, Hong Kong movies were usually dramas or musicals. The One-Armed Swordsman was a new kind of film, one filled with drama, but also finely choreographed fight scenes and plenty of blood and gore. It became the template for almost every Hong Kong action film for decades to come. Jimmy Wang Yu is a man notorious in Hong Kong for his shady connections to organized crime. When Jackie Chan was targeted by the Triad, Wang Yu was the one who came to his rescue. Most of the details are unclear except Wang Yu telling Chan, “It got a little sticky here, but they won’t bother you again.” Many theorize that he had someone killed, but no one knows for sure. As a favor, Jackie Chan appeared in a few of Jimmy Wang Yu’s later films, such as Island of Fire and Dragon Attack.