A lot of people get frustrated at work. Whether it’s a demanding boss, lazy coworkers, or the threat of layoffs, it can be difficult to put in eight hours every day in a tense environment. But most people soldier through.

People who work in the postal service, however, have a tendency to snap and shoot up their workplaces. They target their coworkers—especially their bosses—and many finish their rampages with a self-inflicted shot to the head.

Each of the following 10 people went postal in a spectacular way. 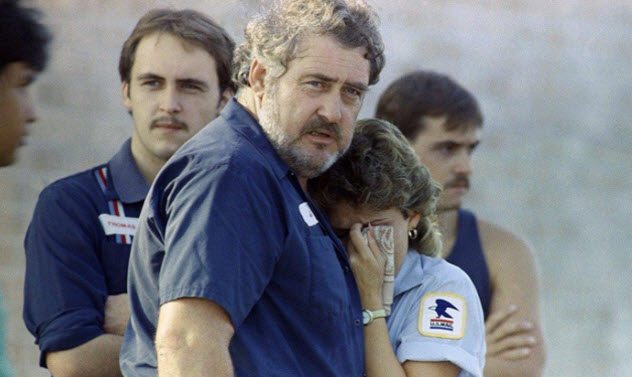 Patrick Sherrill was a disliked man. He was a Peeping Tom who would prowl around at night and look into people’s windows. Children mocked him, and Sherrill angrily chased after them while the kids taunted “Crazy Pat.”

Sherrill also had many problems at work. He had been employed at the postal service in Edmond, Oklahoma, for 18 months, and people on his route constantly complained about misdirected mail and late letters.

His supervisors reprimanded him on his lackluster performance, and they threatened to fire him. Sherrill complained to a local postal union member. Claiming that he was being mistreated, Sherrill said, “I gotta get out of here.”[1]

He returned to work the next morning, which was August 20, 1986. He had ammunition and three pistols in the mailbag slung over his shoulder. Sherrill pulled a gun and shot a coworker and one of the supervisors who had reprimanded him. Then he chased a group of fleeing employees out a nearby exit.

Sherrill locked the doors and returned inside. He hunted the workers hiding under the tables and in cubicles. By the end of his rampage, he had killed 14 people and wounded six.

Police arrived minutes after the shooting started. They tried to communicate with Sherrill for 45 minutes, but they received no response. A SWAT team stormed the building and found Sherrill dead. He had shot himself in the head. 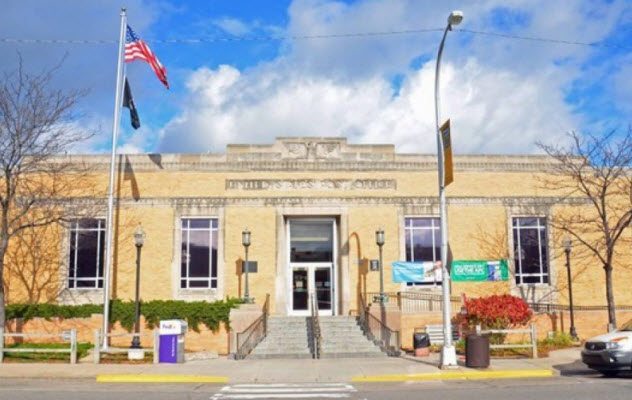 Letter carrier Thomas McIlvane had a bad temper. He had once been suspended for fighting with customers along his route, and he had several disputes with postal managers. McIlvane was soon fired for insubordination. He filed grievances against some of his former bosses and unsuccessfully tried to appeal his dismissal. McIlvane started threatening violence if he was not rehired.

He did not get his job back and decided to act on his threats. On November 14, 1991, McIlvane entered the Royal Oak post office in suburban Detroit through an unlocked side door and opened fire. First, he fatally shot General Manager Christopher Carlisle, who had begun the disciplinary action against McIlvane.

Then McIlvane moved through the building and shot anyone who had ever angered him. During his six-minute rampage, McIlvane managed to kill three workers and wound six. Another three workers were injured when they tried to escape out windows of the two-story building.

After McIlvane felt his revenge was complete, he shot himself to death.[2] 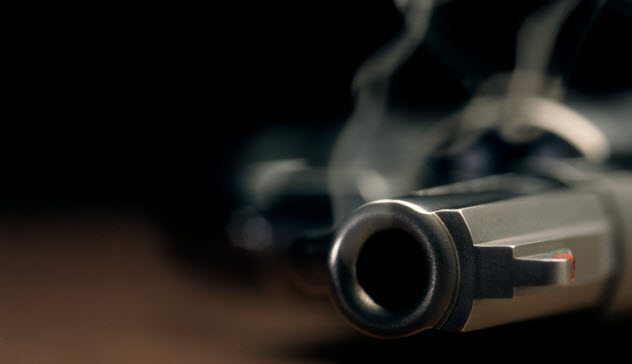 Letter carrier John Taylor was a model employee who was “mellow and friendly as could be.” Therefore, people were surprised when he shot his wife twice in the head while she lay in bed in August 1989. Then Taylor grabbed his pistol and drove to work.

When he arrived at the Orange Glen post office in Escondido, California, he approached two coworkers and shot them both dead. Taylor entered the building and selectively shot at the workers. He only managed to wound one in the arm. He showed no emotion as he repeatedly fired his gun.

After Taylor had fired around 15–20 rounds, he shot himself in the head. He was brought to the hospital, where he was pronounced brain-dead.

One of his stepchildren discovered a suicide note in one of Taylor’s jacket pockets. It was addressed to his children. He apologized to them for the rampage and wrote, “I’m sorry I’ve just done what I’ve had to do.”[3] 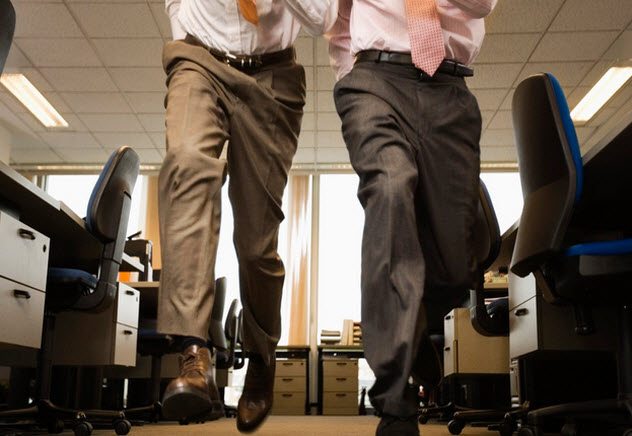 Bruce Clark was a quiet, unassuming man who was nicknamed “Cat Man” because he took care of so many strays. Clark had not caused any problems in his 22 years working for the US Postal Service in the City of Industry, California, and he never had any conflicts with his coworkers.

Early one morning in July 1995, Clark and his supervisor, James Whooper, got into an argument. Clark punched his boss in the back of his head and walked away. As Whooper was talking to his own boss about the incident, Clark returned with a paper bag. Whooper asked him what was in the bag, and Clark pulled out a revolver. He fatally shot Whooper in the chest and face.

Most of the building’s 75 workers hid under desks or fled the room. However, two grabbed Clark and wrestled his gun away. They held him until police arrived.

Clark gave no reason for the shooting, and there had been no reports of trouble between the pair. Police were unable to find a motive for the crime. Clark showed no remorse for his actions, and he was sentenced to 22 years in prison.[4] 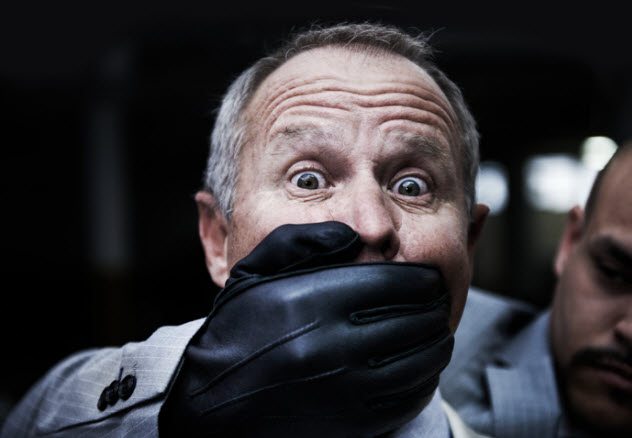 In December 1988, Warren Murphy was stressed. His wife had just left him and moved away with their children. The strain affected his work, and he got into an argument with his supervisor, Leonard King, at a post office in New Orleans. Murphy pulled out a gun and shot King in the face. The bullet passed through King’s eye, leaving it permanently blind.

Then Murphy began shooting his coworkers and managed to wound two. He grabbed a hostage and hid in a windowless locker room. Federal agents began a room-to-room search, and they discovered Murphy. He fired two shots at the agents, who backed off.

Hostage negotiators contacted Murphy, and they spent the entire night trying to coax him out of his room. During the negotiations, he fired 10 or 11 random shots. However, no one was injured. After 13 hours, Murphy finally surrendered.[5]

Murphy was sentenced to 16 years in prison. 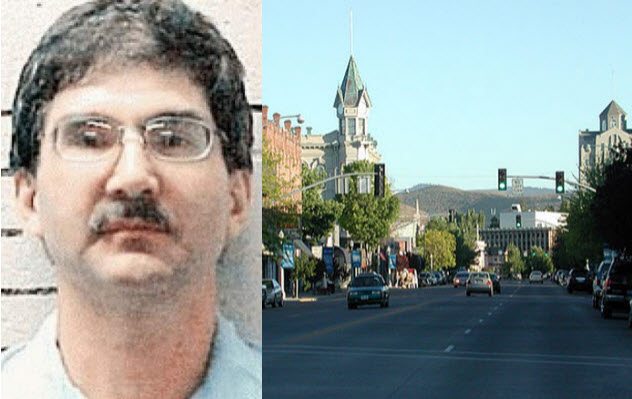 Grant Gallaher, an 18-year veteran of the US Postal Service in Baker City, Oregon, was angry at his bosses because they kept adding extra work to his route. In April 2006, he met with his supervisor, Lori Hayes-Kotter, to complain about his workload. She said she was confident that he could complete his route within his eight-hour shift.

Gallaher grabbed a gun and ran inside the post office. He searched for the postmaster but could not find him. Gallaher ran back outside and shot Hayes-Kotter several times at close range.

Police arrived two minutes after the shooting. Gallaher surrendered to the police, and they arrested him. He pleaded guilty to murder and was sentenced to life in prison. 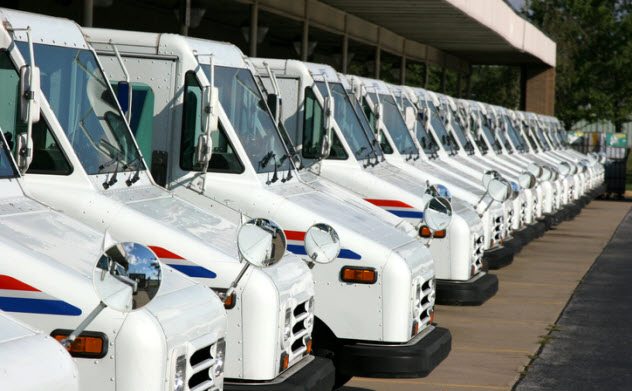 In May 1993, Lawrence Jasion, a 20-year veteran of the United States Postal Service in Dearborn, Michigan, was upset that a female coworker, Sandra Brandstatter, had received a promotion that he had wanted. He sent her multiple threats, and she warned postal managers that he could be dangerous. Federal officials interviewed Jasion. They determined that he was “lucid, rational, and did not pose a threat.”

Jasion had once warned his previous supervisor that he intended to go to work and “shoot everybody.”[7] He decided to do just that. Jasion hid three handguns inside a doughnut box reinforced with heavy cardboard. He brought his guns into the post office garage and opened fire.

Jasion targeted Brandstatter and shot her once in the head and once in the back. He also shot and killed postal mechanic Gary Montes and wounded maintenance supervisor Bruce Plumb.

After he finished his rampage, Jasion killed himself. 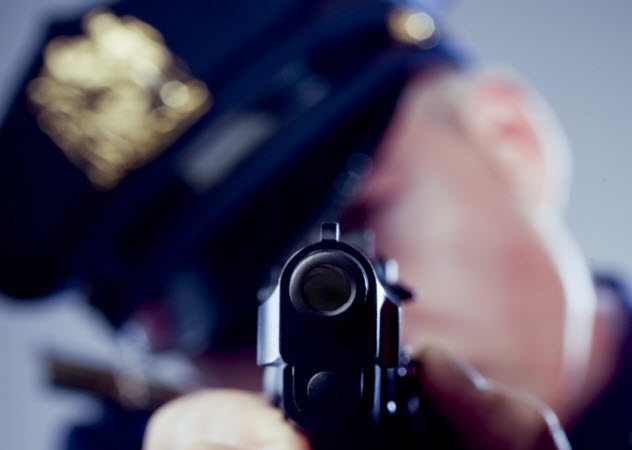 In Milwaukee, Anthony Deculit hated working the night shift. He was exhausted, and his supervisor, Joan Chitwood, had cited him for sleeping on the job. Chitwood placed Deculit on five months’ probation. Deculit applied for a day job, but he was turned down.

Deculit was angry because he felt that he deserved the transfer. In December 1997, he decided to take his anger out on his boss and coworkers. So Deculit brought a pistol to work.

First, he first targeted Chitwood, shooting her in the eye. Then Deculit turned his attention to coworker Russell Smith. The pair had had many disagreements, and they did not speak to each other. Deculit fatally shot Smith in the head, back, and arm. During his frenzy, Deculit also injured coworker Roderick Patterson, who was shot in the toe as he fled.[8]

A police officer had been dropping off a letter at a mailbox when he heard the gunshots. He ordered Deculit to drop his gun. Instead, Deculit put the gun in his mouth and pulled the trigger. 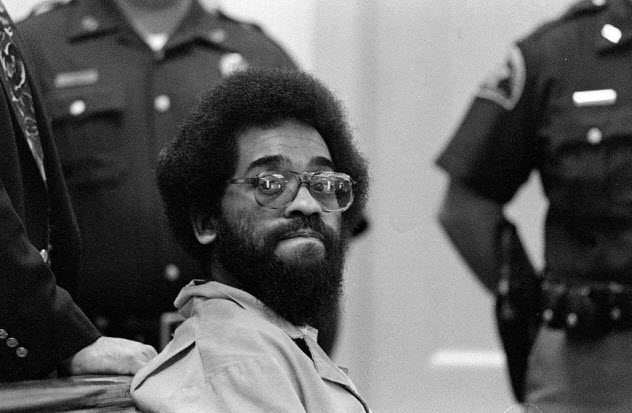 In Ridgewood, New Jersey, Joseph Harris did not get along with his boss, Carol Ott. She had filed a harassment report against Harris and demanded that he take a fitness for duty exam, which can involve physical and psychological evaluations. Harris refused to take the test, and he was fired. He warned Ott that he was going to “get” her.

In October 1991, Harris dressed himself in black military fatigues, black combat boots, and a black hood. He gathered his weapons: a handgun, a machine gun, a samurai sword, three hand grenades, and some homemade bombs. Then he drove to Ott’s home. Harris sneaked into his former supervisor’s house and shot and killed Ott’s fiance. Then Harris crept into Ott’s room and stabbed her to death with his sword.

Harris left the home and drove to the post office where he used to work. He hid in the basement. When two mail handlers arrived, he forced them into a small room and shot them to death.[9] A truck driver went into the basement, and Harris shot at him. The man fled and called the police.

Police investigated the post office and discovered Harris, who threw an explosive device at them. Police negotiated with Harris, and he surrendered four hours later. Although Harris was sentenced to death, he died three years later from a fatal stroke. 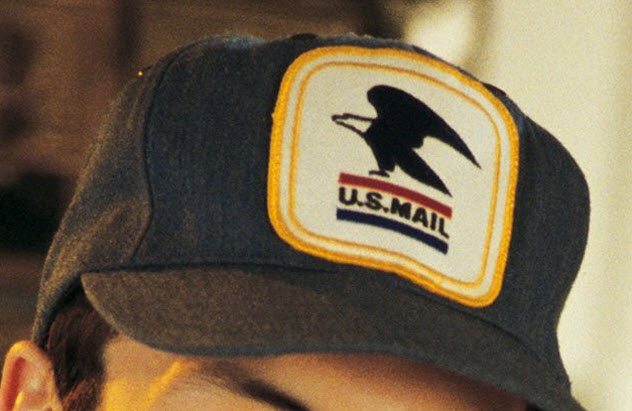 In Dana Point, California, Mark Hilbun’s coworkers were afraid of him. Hilbun was obsessed with Kim Springer, a woman with whom he worked, and he followed her on her route and harassed her. Springer reported him to their superiors, and he was fired. Hilbun continued to stalk her and sent a note that threatened to kill her and her boyfriend.

The post office where Hilbun had worked warned its employees to watch out for him. However, Hilbun still managed to enter through a side door in May 1993. He burst into the post office, screaming “Kim! Kim!” But he did not see her.

Hilbun fatally shot his best friend, Charles T. Barbagallo, and ordered the rest of the workers to get on the floor. A postal clerk, Peter Gates, ran to help Barbagallo and was wounded in the gunfire.

Hilbun fired a few shots into the postmaster’s door before leaving the building. Then he drove to a nearby garage and attempted to rob an employee, John Kersey. The pair fought, and Hilbun shot Kersey in the arm.

Later, Hilbun stole magnetic business placards from another vehicle to disguise his truck. The owner of the business, Patricia Salot, noticed the signs and confronted Hilbun. He shot her six times.

Police discovered Hilbun was behind the shootings, and they went to his mother’s home to try to catch him. Police found the bodies of his mother and her dog. They had been stabbed to death.

Hilbun tried to rob three people at bank teller machines, shooting and injuring two of them. Then he took the money he made and went to a bar. Two customers recognized him from TV reports, so they called the police, who arrived and arrested Hilbun.[10]

He was given seven life sentences.