Things go a lot smoother when we file information into one particular niche or another during our daily business. We do this even though it sometimes means missing really interesting stuff that doesn’t fit into our immediate goals. Not everybody can be so selective. Some, like Ben Franklin, are curious enough to pursue and master anything that catches their attention. Few of us are as multitalented as Franklin, but there are some famous people who did amazing things in other fields and never got the same public recognition for it. 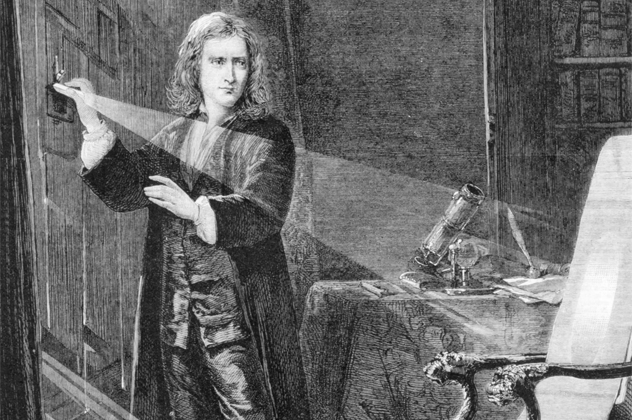 Isaac Newton was born in the middle of the 17th century and laid the foundation of modern science. Today, he’s famous for describing gravity, working out the laws of motion, and being one of the inventors of calculus, among other nerdy things.

What most of us don’t know is that, at one point in his life, Newton also worked in England’s Royal Mint, eventually becoming its Master. (This may or may not be his job description in the upcoming Newtonian crime-fighting thriller.) Reorganizing a country’s currency sounds much less exciting than police work, but it’s just as important in the long run.

As part of his work in the Royal Mint, Newton first reorganized England’s coinage, and then Scotland’s when that country joined the UK. He became good friends with his counterparts in the Edinburgh Mint while establishing a common currency between the two countries, so he is also responsible for helping to improve diplomatic relations at a turning point in British history. 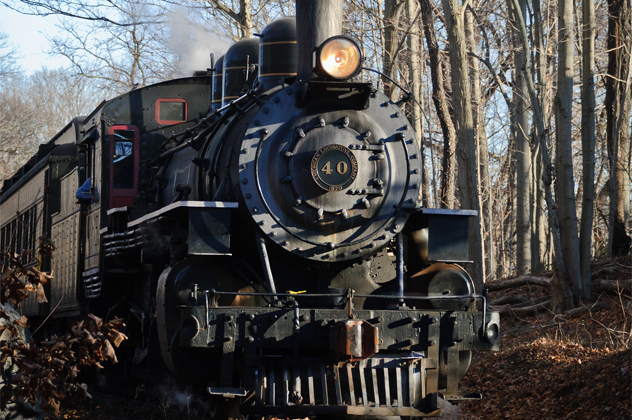 Charles Babbage, an early 19th-century English mathematician, is known as “the father of computing.” He invented Difference Engine No. 1—a machine to help astronomers do complex calculations. It was the world’s first successful automatic calculator. Punch cards, chains and assemblies, and modern computer logic all developed from it. Fifteen years later, Babbage tried to build a machine that could receive and understand commands. It didn’t work out, but this idea set up the foundation for today’s computer programming.

But that’s nothing compared to the cows.

Railways were just becoming a thing in Babbage’s day. He saw the need for something that would remove obstacles on the track while protecting people in the cab. When he wasn’t working on calculating machines or doing math, Charles Babbage invented the cow catcher—that pointy thing on the front of old-time locomotives. It’s also called the pilot. Pilots are still used today, although their design is different. Quite often they include snow plows because, let’s face it, snow plows on a train are awesome. 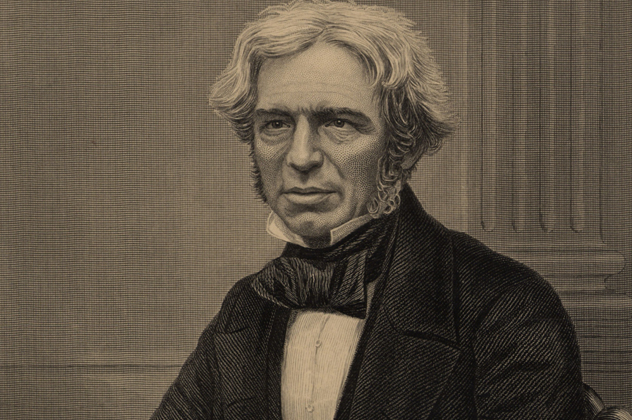 If not for this 19th-century English scientist, we might still be using electricity only for party tricks. Faraday discovered electromagnetic induction, a key part of modern transformers and generators. He was also the first to describe the electromagnetic principle that makes modern electric motors work. Besides having scientific units named after him, Michael Faraday also coined the words “cathode,” “electrode,” and “ion.”

But no one remembers that he also invented rubber balloons. One day in 1824, Faraday put two thin sheets of rubber together with a little flour in between so they wouldn’t stick. Then he sealed the edges and pumped in hydrogen, noting that this new container floated easily in the air. 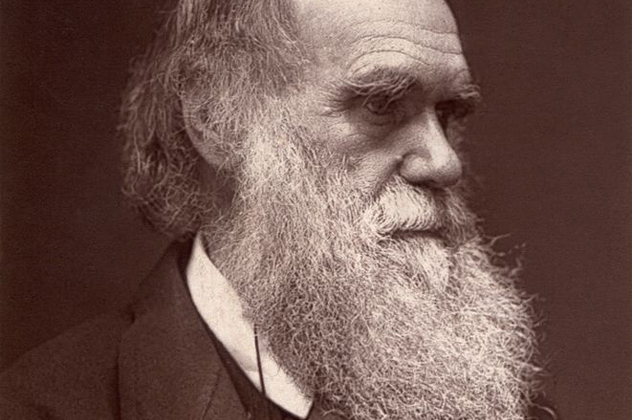 No two words in the English language fit together better than “Darwin” and “evolution.” After the five-year voyage of the HMS Beagle in the mid-19th century, Charles Darwin explained the diversity that he had seen in nature by natural selection, a process in which “the strongest live and the weakest die.” It was a revolutionary idea.

But Darwin should also be remembered for his geology work on that voyage. Science wasn’t as specialized back then. His job on the Beagle was to study everything in nature, not just plants and animals. Think of him as the ship’s “science officer,” although he was much more human than Mr. Spock.

Charles Darwin actually went straight to the Beagle from a field trip in Wales where he had been studying rock formations. We’ve already told you about his interest in earthquakes, but his work on things like coral atolls and volcanoes was so good that he would be famous for that even if he hadn’t also laid the basis for modern evolutionary theory. 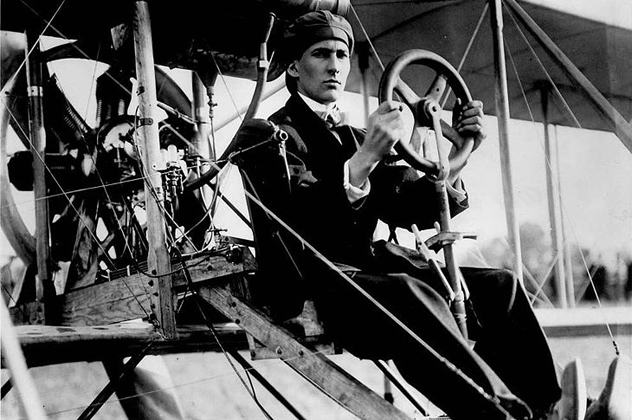 You just thought of your phone, right? It’s fitting. Bell was trying to make a “smart telegraph” capable of sending multiple messages over a single telegraph wire when he made the decision to use acoustic signals instead of dots and dashes and came up with the telephone. He’s also connected with your music. Bell’s mother was deaf, so he set up an institute to study deafness, where he refined the phonograph and developed better ways to record sound.

Alexander Graham Bell was obviously very creative. You’ve heard about his metal detector, but did you know that he’s also one of the pioneers of human flight?

In 1907, four years after the Wright brothers did very brief powered flights at Kitty Hawk, a man flew for seven minutes in a tetrahedral kite that Bell had invented. Convinced that a motor and propeller would work on the kite, Bell then formed the Aerial Experiment Association with Glenn Curtiss and other early aviation innovators to make it happen. It didn’t, but the association made many significant contributions to aeronautics. That’s why Bell is now enshrined in the National Aviation Hall of Fame. 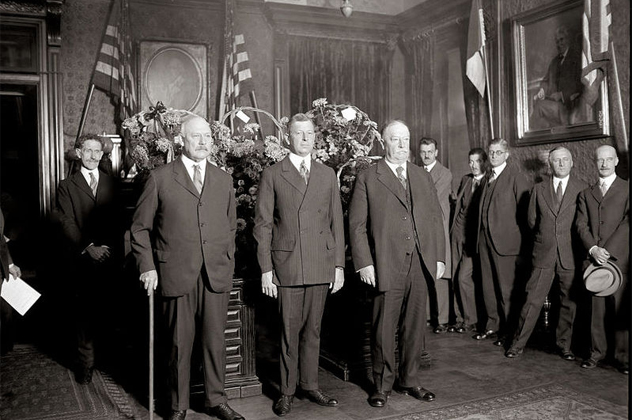 Mr. Taft was a US president, although he only served one term and was, as the White House website puts it, an “effective administrator, but poor politician.” How poor? Let’s just say that in 2013, people celebrated the 100-year anniversary of the end of his presidency (and pointed out that, while he was fat, he probably didn’t really get stuck in a bathtub).

But William Howard Taft should also be famous for his work as Chief Justice of the Supreme Court after he left the White House, because he totally redefined the Court’s role.

Have you ever heard about some controversial legal case where everybody was on pins and needles, waiting to see if the Supreme Court would take it? That’s the Taft effect. Before he came along, the Court was required to hear every case. Now the justices can speed things up by only listening to the most important appeals. Taft was also responsible for getting Congressional approval for the construction of the beautiful building the Court meets in today, although he didn’t live long enough to see it completed. 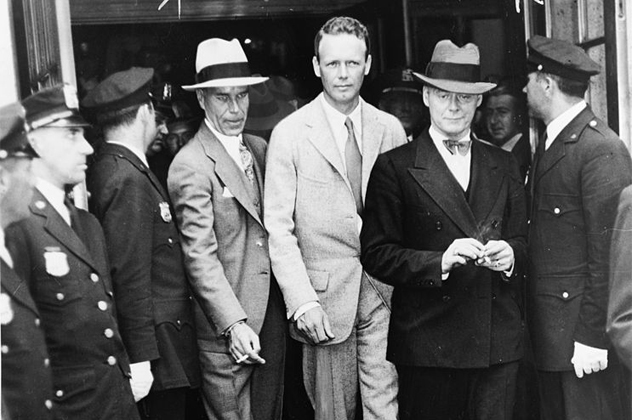 In 1927, a former mail and stunt pilot named Charles Lindbergh became the first man to fly solo across the Atlantic (but not the first to fly across). Afterward, he used his fame and love of aviation to set up a transcontinental US airmail route as well as the forerunners of today’s big airline companies. Lindbergh even helped Robert Goddard, the original rocket scientist, get a research facility.

Very few people know that Charles Lindbergh also did successful biomedical research. He was curious about heart surgery and organ transplants because his sister-in-law had a bad heart. Top researchers of the day said that surgery wasn’t possible because of infection and coagulation problems. Lindbergh stopped flying for a while and developed a perfusion device that kept organs alive and healthy without infection. 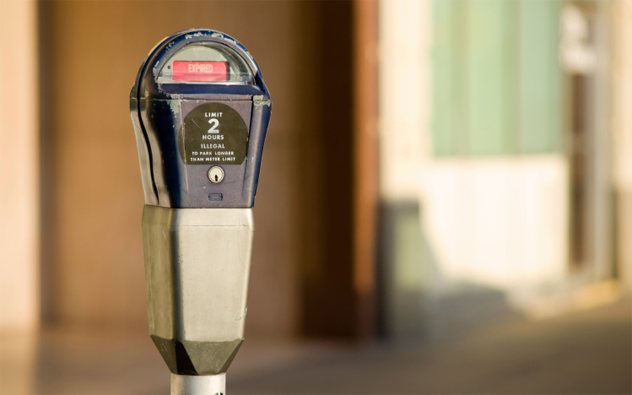 Carlton Cole Magee was a crusading newspaper publisher. In the 1920s, he bought an Albuquerque newspaper from US Senator Albert Fall, who also gave Magee an inside look at the state’s ugly machine politics. Magee was appalled by what he learned and used his newspaper to expose political corruption.

Things finally came to a head in the Teapot Dome Scandal, the biggest political corruption case in the United States before Watergate. Albert Fall, who was then the US Secretary of the Interior, went to prison as a result of Magee’s testimony.

Before you start cheering, you should know that in 1935, after he moved to Oklahoma City, Carl Magee invented the parking meter. He was now chairman of the local Chamber of Commerce traffic committee, and downtown retailers were screaming about all-day parking keeping shoppers away.

There were parking limits in effect, but police based their ticketing on tire chalk marks, which could be easily manipulated. Magee solved the problem by inventing a coin-operated meter that was so effective that other US cities soon adopted it. 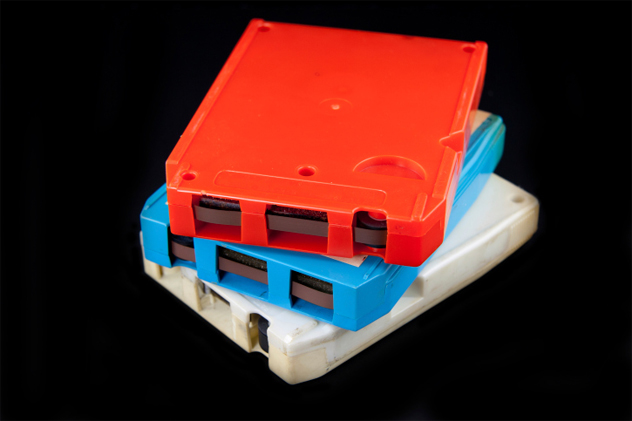 It’s hard to believe that the Learjet has its roots in biplanes. In 1931, William Powell Lear bought a biplane and soloed in it after only two and a half hours of instruction. He wholeheartedly threw himself into aviation after that, and in the 1960s, he realized that the world needed a small private jet. He was right: Lear sold $52 million worth of aircraft in his first year. That would have been $391 million dollars in 2014.

Believe it or not, “Big Bill” Lear should also be famous for inventing eight-track tapes.

It makes sense when you know more about him. He had always been fascinated by radio, and in 1930 he co-designed the first car radio. By 1945, he was successful enough to license wire recording technology from Chicago’s Armour Research Laboratory. By 1963, he was a distributor for four-track tapes developed by Earl “Madman” Muntz and was unhappy with the technology. Over the next two years, he redesigned the whole thing, coming up with a tape that held eight high-quality recordings that played in an endless loop. 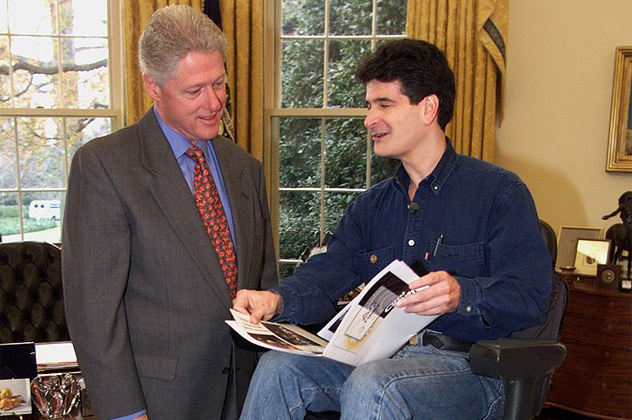 Few people think of the Segway when Dean Kamen’s name comes up. Kamen invented the self-balancing electric scooter in 2001, and it was the man he sold the company to, not Kamen himself, who died in a Segway accident in 2010.

Meanwhile, Dean Kamen is still inventing. Did you know that he invented the very first portable drug infusion pump before he came up with the Segway? He did it after his brother, a medical student, told him how tough it was on outpatients who needed medicine around the clock, because they had to make frequent hospital visits. Kamen founded the AutoSyringe Company in 1976 and then sold it in 1982 for millions of dollars. Now he’s working on a device that will convert any water, no matter how dirty, into clean drinking water.

We’ll leave it to you to decide whether all this creativity entitles him to have his own personal nation.

Barb likes to blog about Earth science and the American Civil War at http://bjdeming.com. She also has recently published a book called The Soldier and the Monk and is working on a nonfiction book about the very first cat.