Throughout the ages, different cultures have had vastly different sexual practices, ranging from mundane to bizarre. Like culture itself, sexuality is more than just a means of procreation; it is an expression of the dominant ideas of the time and can tell us a lot about what’s floating around in the collective zeitgeist of a particular society—and ourselves as a species. So it goes without saying that if we peer into the sexual lives of the distant past, we find hints of ourselves, no matter how different they may have been in their expression of this fundamentally universal human activity.

Babylon (or Babylonia) was one of the first civilizations in existence, a region of settlements that is believed to have been initially established around 4000 BC.[1] Famous for the Code of Hammurabi, Babylon was a society rich with culture, including a detailed writing system, accounting with mathematics, a diverse cuisine, and, of course, sex, with even the wild and lusty Greeks viewing the Babylonians as a sex-obsessed culture. Here is a glance into the world of Babylon, told through the lens of ten facts about sex in the ancient civilization. 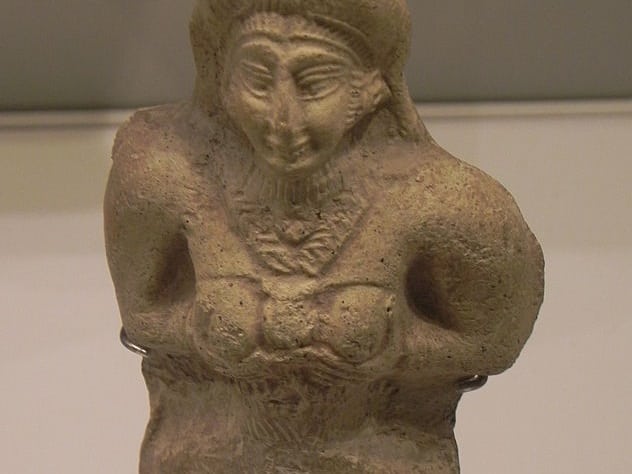 Greek sources tell us much about the sex lives of the Babylonian people, and needless to say, Babylon had some sexual practices which would make us in modern times raise an eyebrow, with even the Greeks thinking them a vile culture when it came to their sexual norms.

One of these practices was having sex with strangers, as told by the Greek writer Herodotus. He describes a bizarre and unusual practice in which Babylonian women were sent to a temple, once in their lives, to have sex with a complete stranger.[2] It’s almost as if it could be seen as a rite of passage for women in ancient Babylon, and this was apparently a very widespread practice, accepted and performed by pretty much every single Babylonian woman. Note that some historians have disputed the specifics of Herodotus’s account but do accept that cultic prostitution existed in Babylon. (More on that below.) 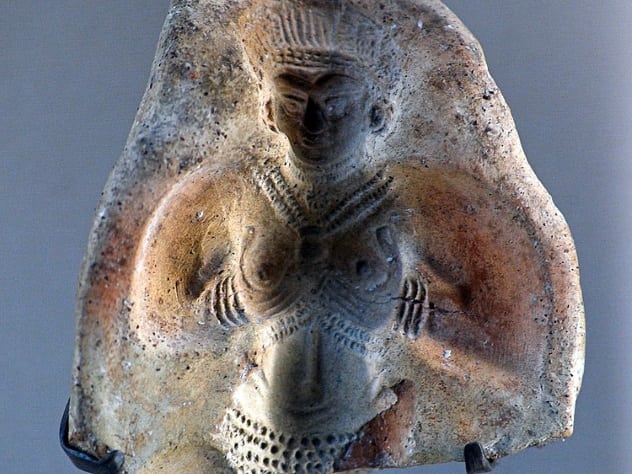 Temple prostitution was replete throughout the ancient world in and around the Fertile Crescent.[3] This practice dates all the way back to the ancient Sumerian culture, which began in 4500 BC and from which Babylonian culture sprang up. Babylon is believed to have had dedicated temples set up specifically for prostitution. These divine brothels were more than just a place where people bought sex—this was a truly religious experience for the ancient Babylonians.

The exchange here wasn’t even sex for money; it was a communal, ritualistic practice to give thanks and worship to the gods of ancient Babylon. This was both quite a unique practice for the Babylonians and similar cultures in the ancient Middle East and a staple of their religious lives.

8 The Sin Of Chastity 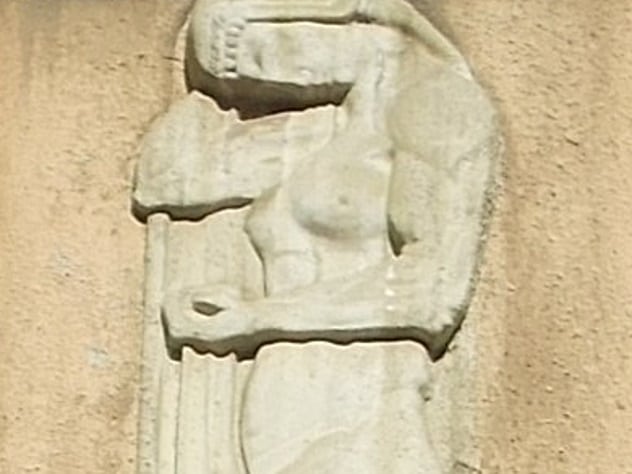 In an interesting twist from the Judeo-Christian culture we’ve erected since the days of ancient Babylon, in Babylonian culture, it was actually sinful not to have sex.[4] According to Herodotus’s account of women being sent once in their lives to a temple for sex, the first man to throw a coin into her lap got to have sex with her. Whether he was rich or poor, young or old, she was obliged to indulge him, irrespective of his or her social status. Herodotus also wrote of less formal prostitution outside of the temples, wherein a man would allow someone to have sex with his wife or children, so long as the sex was paid for.

So basically, if anyone wanted sex in ancient Babylon, it was theirs for the taking. While some sources today have referred to this as rape, it was widespread and socially acceptable in Babylonian culture, which had a near-fetish for fertility. This was a deep part of their religious experience, acts of offering and worship to their sex goddess Innana (also known as Ishtar). Just think about that: There was a culture on Earth where it was considered a sin to turn down sex, proving, once again, that if humans can dream it, and it’s sexual, they will do it. 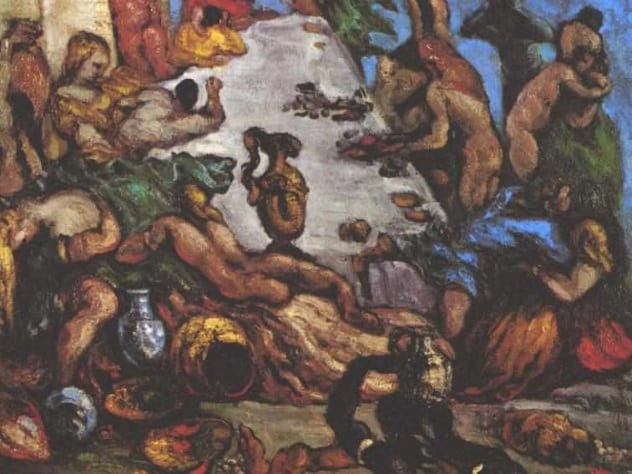 As the dinners would proceed, Herodotus noted that women would undress piece by piece, until they were totally in the nude.[5] From here, we can only imagine the wild nights that ensued, and Herodotus noted that it was customary for dinner parties to lead to completely socially acceptable prostitution, which even the Greeks thought absolutely bizarre. 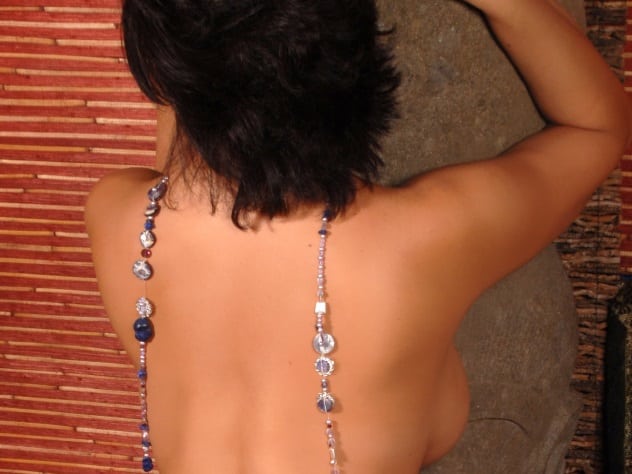 The Code of Hammurabi says much about the sex practices of the day and the laws that concerned them. In ancient Babylon, every marriage needed to be consecrated with sex, and a marriage wasn’t official until the newlyweds actually had intercourse.

Etched into a surviving stone tablet from 1754 BC, Hammurabi’s Code says, “If a man takes a woman to wife, but has no intercourse with her or does not draw up a marriage contract, this woman is no wife to him.”[6] So if you wanted to take a woman’s hand in marriage, drew up a marriage contract, and handled the whole nine yards, none of it was actually official until some actual sex took place.

The Babylonians weren’t bashful or shy when it came to getting down and dirty; they would do it anytime, anywhere, and seemingly with anyone, whenever they wanted. Babylonians would openly have sex in the center of town, go for a midday excursion out in the countryside, or even climb up atop a rooftop and decide to do the nasty overlooking the city.[7]

It really didn’t matter much, and nobody minded, as they were an extremely sexually open culture. From temples to rooftops, to the good, old-fashioned bedroom, the Babylonians did it everywhere. One can only imagine an entire city of people having sex all over the place, a rather bizarre mental image indeed. 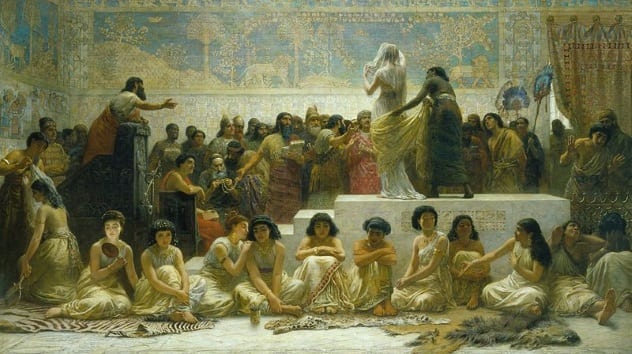 Marriage markets were another peculiar part of Babylonian culture. Massive markets would be set up, and women of age were sold off to the highest bidder. Herodotus is once again the writer who handed down our knowledge about these markets, describing in detail exactly how they operated.

Apparently, all of the women would sit down, and, not unlike a modern beauty pageant, one woman would be asked to stand and take the center stage, at which point the men in the audience would begin to place their bids on her, until she was sold. This was done in a particular order, too, starting from what was considered the most attractive and working their way down to what was considered least attractive woman.[8]

Considering everything else we know about Babylonian sex culture, this was most probably a meat market of sorts, where men would buy the wives that they happened to desire. They would soon need to have sex with them to make the marriage official, of course. 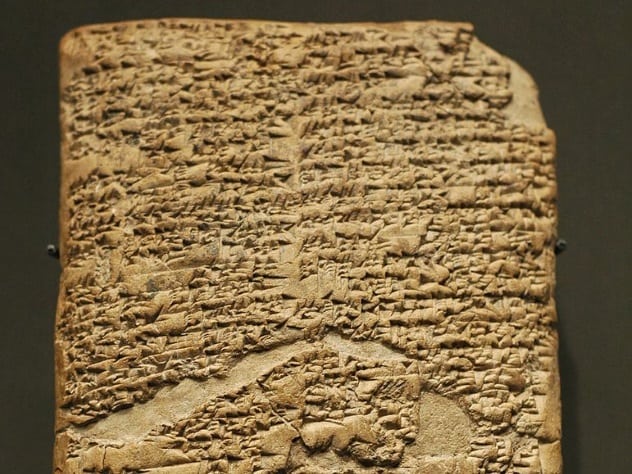 The Code of Hammurabi remains famous to this day for its general tone of “an eye for an eye,” explicitly stating which punishments were just and right for which transgressions and wrongdoings. Of course, sex was no exception to this . . . and sometimes their idea of what constituted “an eye for an eye,” was unusual, to say the least.

In a similar legal text dating back to the ancient days of Babylon, we’re told of another policy, whereby if a man is the father of an intact virgin, and another man has sex with her, the father of the virgin is then allowed to take and do with that man’s wife as he pleases. He would then be justly entitled to “ravage her.” However, in Hammurabi‘s version of this same situation, if a man had sex with a father’s untouched virgin (who is betrothed to another man), the man would be put to death and the woman would be spared to live.[9] 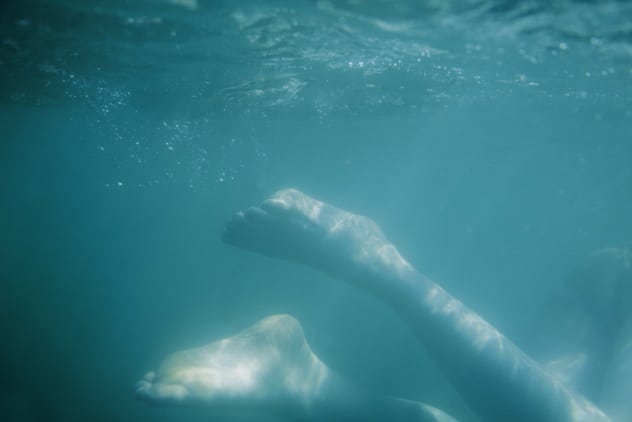 It might surprise you given what’s been covered so far, but adultery carried a high price in Babylon. Such a crime would warrant a punishment of execution, and not exactly a nice method of execution, either: A wife caught cheating on her husband would be forcibly drowned. Hammurabi’s Code tells us what the prescribed punishment should be in quite great detail, saying that if a wife of one man is caught red-handed in the act of cheating, both her and the man she was cheating with should be bound with rope and thrown into the water until they both drowned.

However, supposing the husband of the wife wanted to spare her life, he could opt to not press charges and forgive her, and in this case, the king at the time would reserve the same right to opt to spare the man she was cheating with. If the husband who had been betrayed did not care to save his wife, however, the king was powerless to save either life, and both would be sentenced to die.[10] 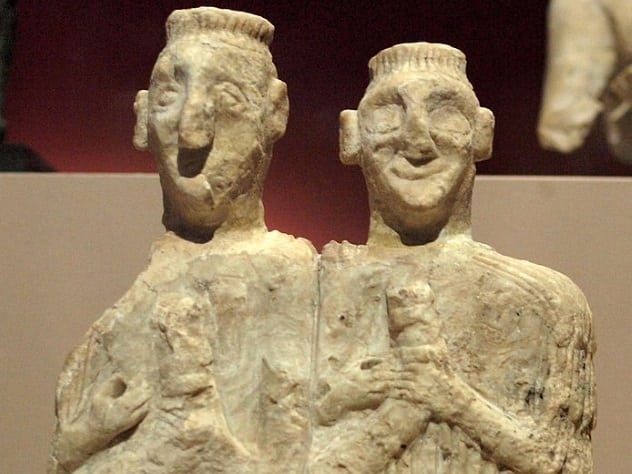 Like most other cultures on Earth before the Judeo-Christian domination which took place after Constantine made Christianity the official religion of ancient Rome, the Babylonians felt no sense of social stigma about homosexuality, and like the ancient Greeks, they practiced it openly and freely. They did, however, have specific homosexual acts which were thought to bring about bad fortune, though others were thought to bring good fortune. It has been noted by scholars that Babylonian men sometimes liked to assume the role of women in sex, but to do so was looked down upon.[11]

I like to write about dark stuff, history, horror, and murder. Also sex.

Read more about sex in the ancient world on Top 10 Crazy Ways Past Cultures Saw Human Sexuality and 10 Surprising Facts About Marriage And Sex In Antiquity.