Countries are weird places. So much of our individual identities are tied to arbitrary lines on maps. Robert Anton Wilson said, “Every national border marks the place where two gangs of bandits got too exhausted to kill each other anymore and signed a treaty.” Is that true? Maybe. In our quest to find out more about our world, this week, we’ve gathered some interesting things about Uzbekistan.

10 In A Majority-Muslim Country, Vodka Is Hugely Popular 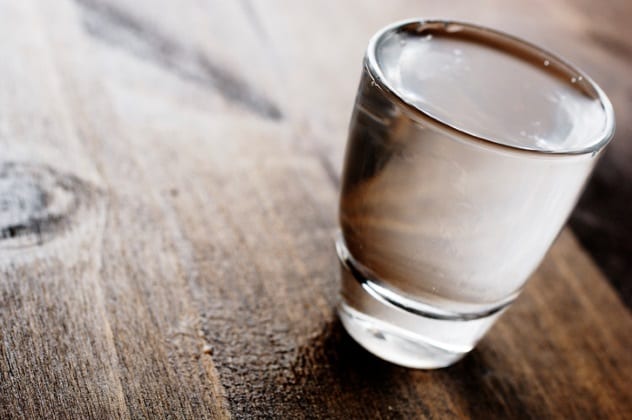 The cultural influence of Russia predates communism quite considerably, extending back to before “the Great Game” with Britain in the 19th century. As such, it is quite common in Uzbekistan to find Russian influence in cuisine, particularly in the consumption of vodka, which is often served in teapots.[1] Wine production is also a relatively resurgent force, with a winemaking pedigree that dates back to Alexander the Great before coming back into fashion in the last century. 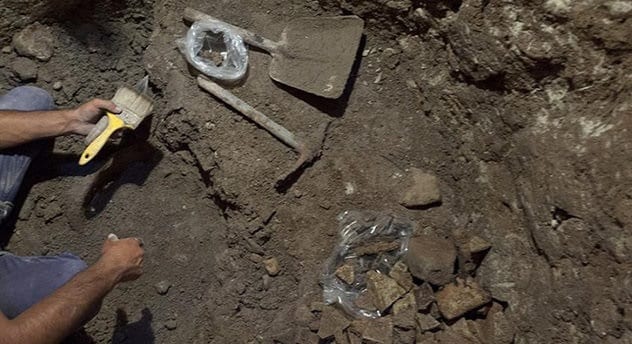 The Chinese and Uzbeks have been collaborating since 2011 on archaeological projects along old Silk Road routes, and they just hit paydirt.[2] In Ming-Tepe in the Ferghana Valley, what was previously thought to be merely a staging post for the Silk Road has in fact been revealed to be a 2,000-year-old settlement.

The people of those days were likely trading with the Han Dynasty, as the first-century Book of the Later Han tells: “The Son of Heaven on hearing all this reasoned thus: Fergana (Dayuan) and the possessions of Bactria and Parthia are large countries, full of rare things, with a population living in fixed abodes and given to occupations somewhat identical with those of the Chinese people, but with weak armies, and placing great value on the rich produce of China.”

Investigations are ongoing, but the excavation could reveal an ancient city of the Yuezhi people, the nomadic tribes that overthrew the Greco-Bactrian Kingdom, which would make this location one of the earliest places where Eastern and Western cultures met. 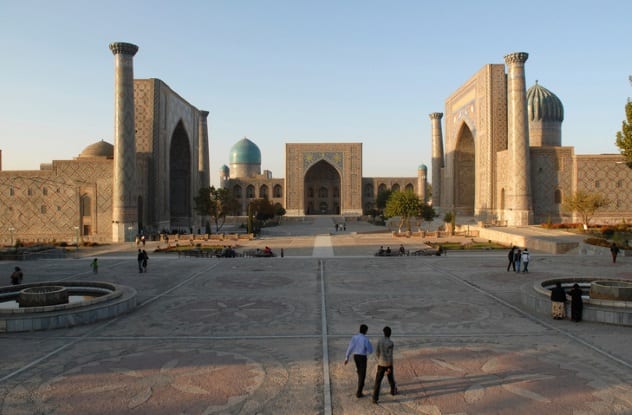 The government of Uzbekistan doesn’t seem to have changed much since the days behind the Iron Curtain. The former president, Islam Karimov, started out as leader of the Communist Party and ruled for four terms, which is pretty impressive when you realize that the constitutional limit is just two. Minor breaches of the law aside, Karimov was dead set on preventing Uzbekistan from forsaking the complete lack of public freedoms of a post-Soviet autocracy in favor of the complete lack of freedom provided by the ideology over the border in Afghanistan. “I’m prepared to rip off the heads of 200 people [ . . . ] in order to save peace and calm in the republic. If my child chose such a path, I myself would rip off his head,” he said, sounding like an utter villain.

Of course, being an authoritarian dictator comes with its problems, like what to do with Islamist terrorists. During the hilariously unsuccessful War on Terror, Karimov allowed multiple black sites for the United States’ extraordinary rendition program. Relations with the West soured, however, when it emerged that in addition to handing over suspected terrorists to the CIA for torture in Guantanamo, Karimov’s regime was also boiling them alive.

The issue the Uzbek people have is that their Muslim culture has been suppressed for so long. The country’s beautifully designed 14th- and 15th-century buildings might have been preserved, but Uzbekistan has maintained a secular stranglehold—leaving the door open for subversive and revolutionary Islamism to take root with the young.[3] 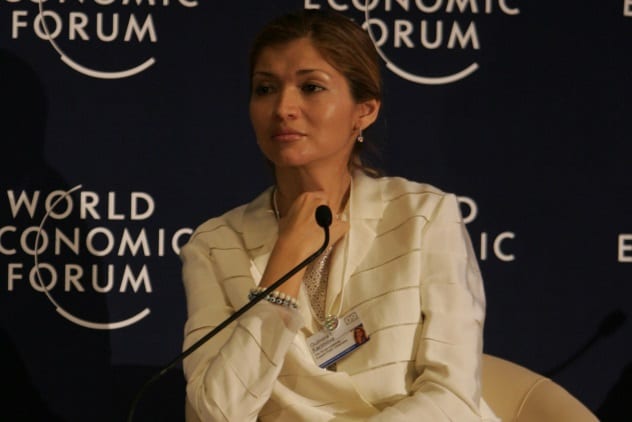 One of the major issues with the Eastern Bloc countries was the high level of corruption. Uzbekistan takes their state corruption very seriously. As Amnesty International Director John Dalhuisen says, “It’s an open secret that anyone who falls out of favor with the authorities can be detained and tortured in Uzbekistan. No one can escape the tendrils of the state.”[4] Transparency International ranks Uzbekistan as 156th out of 176 countries for corruption, with virtually every area of public life ridden with favoritism, bribery, and so on. Extortion by public officials is particularly common.

You might expect such nefarious actions to extend to the very top, and you’d be correct. Parliamentary and presidential elections are regularly criticized for ballot-stuffing and fabrication of results, and Gulnara Karimova, daughter of the former president, ran an extensive money laundering and corruption network that siphoned hundreds of millions of dollars out of the country.

In most countries, you’d expect enterprising journalists to reveal such behavior, except . . .

6 Freedom Of The Press Doesn’t Exist 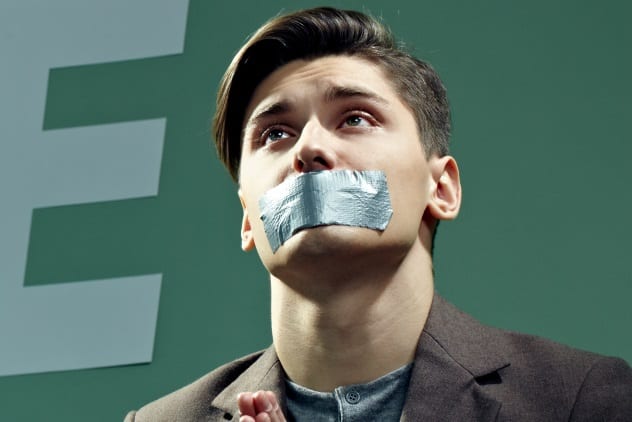 In Uzbekistan, you have two choices: state-controlled media or nothing. For example, while Gulnara Karimova was happily fleecing every business she could get her hands on, the press were publishing puff pieces to clean up her image. Karimova’s shenanigans were common knowledge, and according to leaked US communiques, she was the country’s “most hated person.” Within a year of those cables in 2013, the news site Uznews.net (now closed by the Uzbek authorities) published pieces distancing President Karimov from his daughter as he dismantled her business empire, and reports emerged that the Uzbek secret police had Gulnara under house arrest.

Imagine a society with some semblance of a free press in which these events occurred. Imagine that Chelsea Clinton had been arrested by the FBI and had been discovered defrauding the nation. Then imagine that nothing is heard for almost three years, and Chelsea is presumed dead, only to apparently resurface again, still under house arrest.[5] The fact that news of this case is smuggled out in secret letters or by secret meetings with Swiss lawyers should give some insight into the state of the media—and that’s without mentioning the four journalists still in Uzbek jails for criticizing the state. 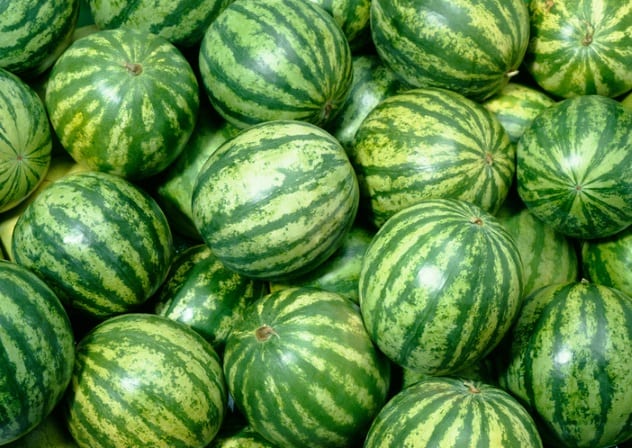 On a happier note, Uzbekistan is the world capital of melons. They have in excess of 150 different varieties, which form a staple part of the local diet, served fresh in the summer and eaten dried through the winter. According to the Press Office of Uzbek Tourism, achieving mastery in melon-cutting is a real thing that people do, as is judging whose melons taste the best.[6]

We would like to inform our readership that writing this entry without making double entendres has become impossible, and it is therefore the shortest entry on this list, due to the writer being juvenile. We apologize unreservedly.

4 The Legendary Conqueror Tamerlane Was Born In Uzbekistan 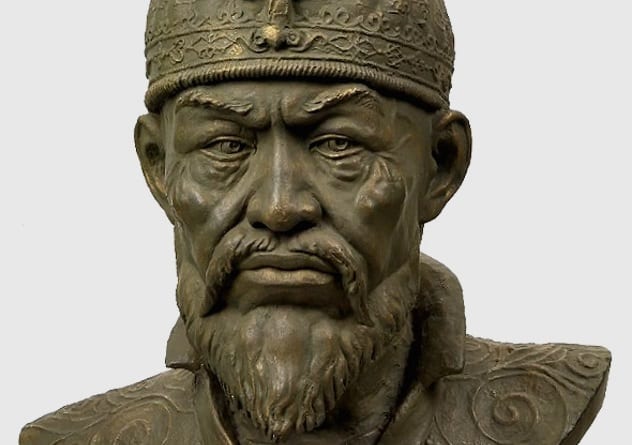 In the West, we know relatively little about Tamerlane, or rather, we are taught relatively little in comparison to the Mongol horde of Genghis Khan. Perhaps this is due to the fact the Timurid Empire only lasted for 137 years and did not spawn successive empires.

As a Turco-Mongolian, Tamerlane found himself in a unique and challenging position during his rise to power. His Turkmen heritage and Islamic faith gave him some legitimacy with the Muslim world, and his Mongol lineage did the same on the side of the great hordes. However, as neither a direct successor of Muhammad nor Genghis Khan, Tamerlane needed subtle politics and myth-making to create his advantage. By claiming to be “protector of the member of a Chinggisid line, that of Genghis Khan’s eldest son, Jochi” (in reality a puppet), Tamerlane dodged the requirement of being a khan to rule. By circulating myths of his own divine provenance, he played into the Muslim belief that military success came from Allah alone, and therefore Tamerlane was surely anointed in some manner.[7]

Remembered in Uzbekistan as a folk hero and great conqueror, Tamerlane forged a huge, multiethnic army ostensibly under his self-styled banner as the “Sword of Islam.” His career saw the defeat of the Knights Templar, the sacking of Delhi, and the conquering of the fractured nation-states of Persia and eventually led to his death while trying to conquer the Ming Dynasty.

Tamerlane was, in short, a total badass. He also killed an estimated 17 million people and employed terror as a weapon with no qualms whatsoever, once building several pyramids from the severed heads of 200,000 of his own subjects who had rebelled against his taxation. In such a way, Tamerlane is considered to be the founding father of systematic terror as a weapon of war. 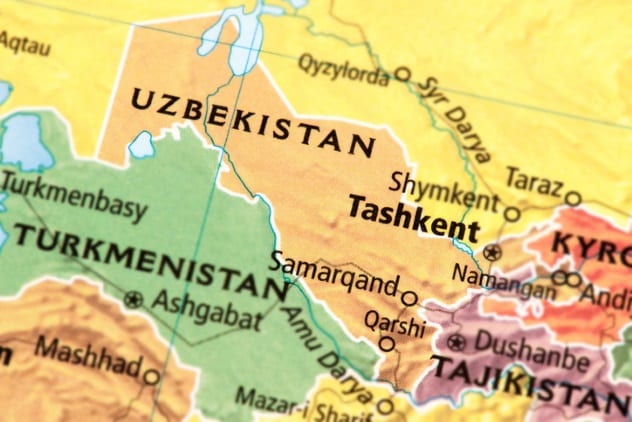 Time for pedantry. It could be argued that, in fact, Uzbekistan is not landlocked at all, having the Aral Sea to the north. This argument is wrong. The Aral Sea is technically a saltwater lake and has no connection to the ocean, so Uzbekistan is truly a double-landlocked country.[8]

Here’s a pop quiz for the comments: Uzbekistan is one of only two doubly landlocked countries in the world. Which is the other one? No search engines allowed. 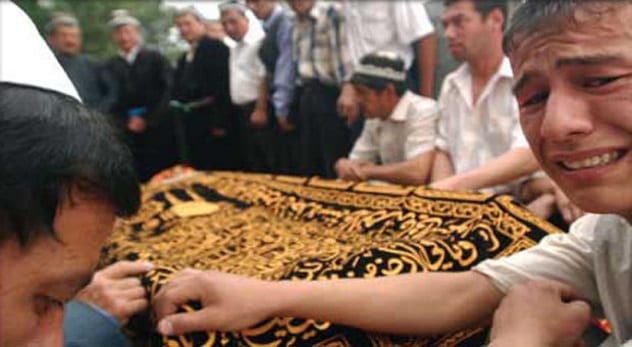 The Andijan massacre in 2005 was, without a doubt, a bloodbath. Beyond this, things get a little confused. What is known is that 23 businessmen who were members of an ostensibly peaceful Muslim group were arrested, allegedly for growing too powerful and threatening government control. These men were promptly broken out of jail by armed fighters, and then an occupation of the town took place.

According to the protestors, the standard of living in Andijan was too low. The businessmen proposed a form of Islamic socialism, a high minimum wage, and job creation programs. The government disagreed, and the army was instructed to move in, massacring an estimated 500 people.[9] Some place the death toll as high as 1,500.

The government claimed that the protestors were Islamists, but this appears unlikely, given the nature of the group in question. It had no history of violence and no support for other actual Islamist groups in Uzbekistan who advocated for an Islamic state. We may never know the truth, but US president George W. Bush denounced the repression, which in turn led to the closure of the US Air Force base at Karshi-Khanabad and a strengthening of ties between the Uzbeks and China and Russia. The support of these two countries headed off an international investigation by the UN, and the true events of the massacre may never be revealed.

1 Hope For The Future 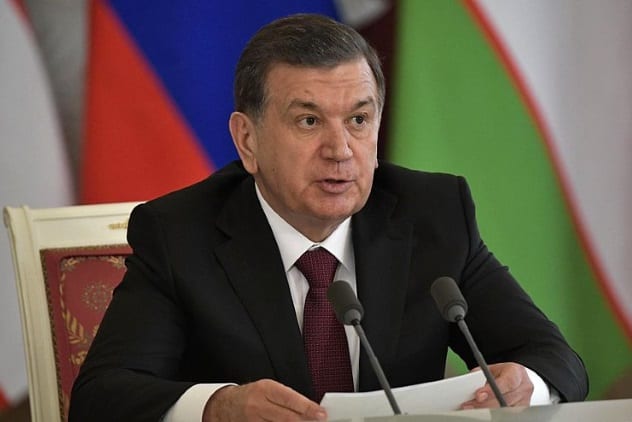 Photo credit: Press Service of the President of Russia

After the death of Islam Karimov, Uzbekistan received only its second president since declaring independence in 1991. Shavkat Mirziyoyev, who comes from from the same Samarkand clan as his predecessor, could in no terms be described as a modernizer.[10] However, after taking power in a routine, Soviet-style sham election, Mirziyoyev has actually slackened the authoritarian grip the state has on Uzbekistan a tiny, tiny bit.

After announcing an online portal for Uzbeks to write to him with their concerns, President Mirziyoyev has signed a valuable trade deal with China and moved to improve relations with Uzbekistan’s neighbors. Flights to Kyrgyzstan have resumed for the first time since 2005, and while the country still an isolationist state, there is at least the vaguest feeling that Uzbekistan may be opening the door a crack.