Here in America, we think we know our stuff. But it turns out that there are a few things most people get wrong about US history. From the settling of the continent to the Chicago fire, pop culture and sensational news have warped our view of history and kept misleading myths alive.

If you’re a history buff who knows everything on this list, go ahead and give yourself a pat on the back. But for the rest of us, here are 10 things that most Americans get wrong about their own history. 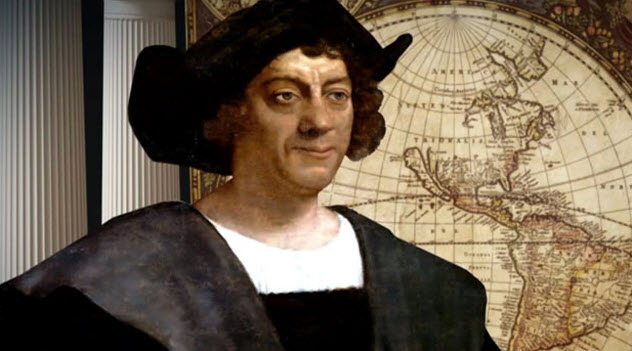 The story: “In 1492, Columbus sailed the ocean blue” and became the first person to discover America.

How it actually went: While it is true that Columbus set sail in 1492, he wasn’t the first person to reach the continent. Of course, Native Americans had already settled the area thousands of years earlier, which technically makes them the first discoverers. But ignoring that, Columbus wasn’t even the first European.

The honor of first European footsteps on American soil actually goes to Leif Eriksson, a Nordic Viking explorer. Around AD 1000, Eriksson sailed from Iceland to the New World. One version of the story recounts him getting lost on the way home from Norway and stumbling upon the continent, while another claims that the discovery was an intentional conquest.

Today, this folklore has been backed up with science. New studies have uncovered certain genes in today’s modern Icelandic people that can only come from Native Americans.[1] The ancestry of these people dates back a little over 1,000 years—the exact time when Eriksson left Iceland for the Americas. 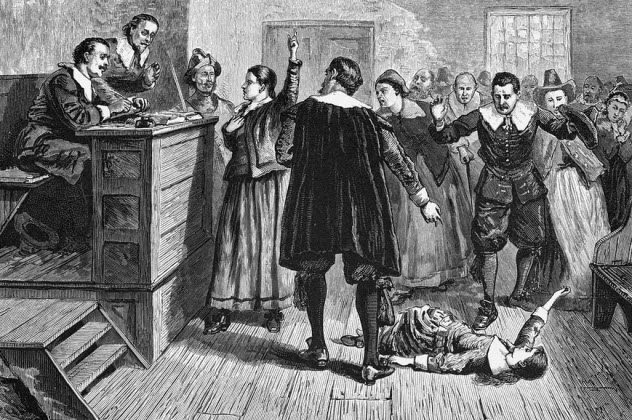 The story: The Salem witch trials consisted of killing “witches” by burning accused women at the stake.

How it actually went: While many people associate the word “witch” with only women, there were also quite a few male victims of the Salem witch trials. Over the duration of the fiasco, 44 men were accused of being witches and five of them were killed.

Another lesser-known fact is that none of the victims were burned at the stake. Instead, they generally suffered death by hanging with a few notable exceptions such as Mr. Giles Corey, who was pressed to death with heavy stones.[2]

No one is entirely sure what caused the fits of the accused witches, but scientists are still actively looking for answers. Currently, the most plausible theory is that the town’s supply of wheat may have been infected with a common fungus called ergot that causes vomiting, spasms, and delusions. 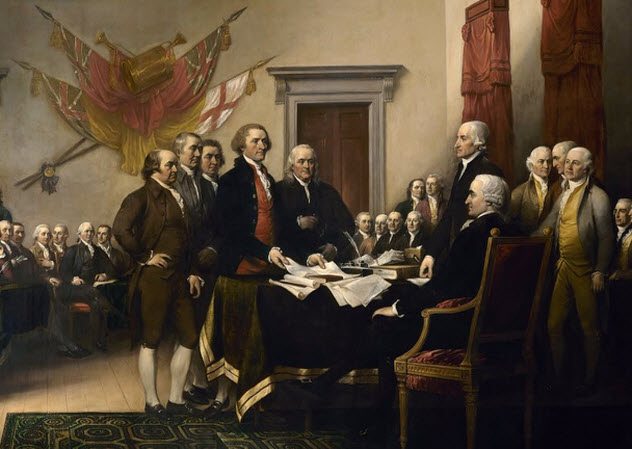 The story: On July 4, 1776, a group of prominent men signed the Declaration of Independence, an important document in the formation of the United States of America.

How it actually went: Everything in this sentence is true—except the date. The document was officially announced on July 4, which is why Americans celebrate Independence Day on that date. But it wasn’t until a month later that the document was signed and complete.

The Declaration of Independence was actually signed on August 2, 1776.[3] The Second Continental Congress first voted the document into authority on June 2.

Then they spent the next two days clarifying the wording of certain parts. After that, the document went through a process of embossing and the finished copy was finally ready to be signed three weeks later. 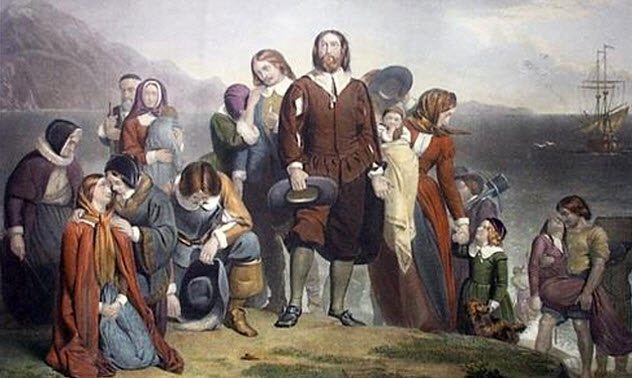 The story: Puritan Pilgrims left England and traveled to the United States for the advancement of religious freedom.

How it actually went: While it is true that the Puritans wanted religious freedom for themselves, they weren’t looking for the separation of church and state that we see in America today. In fact, they heavily persecuted just about every other religious group in the colonies. The Puritans had a nasty habit of exiling any dissenters to Rhode Island, which came to be called Rogue’s Island for that reason.

Two of the most famous examples of this are Roger Williams and Anne Hutchinson. Williams, an avid supporter of religious tolerance and kindness toward Native Americans, was suddenly exiled from Puritan lands in the dead of winter. With nowhere else to go, he bought some land from Native Americans and founded Rhode Island.[4]

Just a few years later, Anne Hutchinson was also banished from Massachusetts after leading a series of “heretical” meetings. Her male counterpart, however, was left unpunished. Countless stories like these show that the early Puritan colonies weren’t as religiously tolerant as most Americans believe. 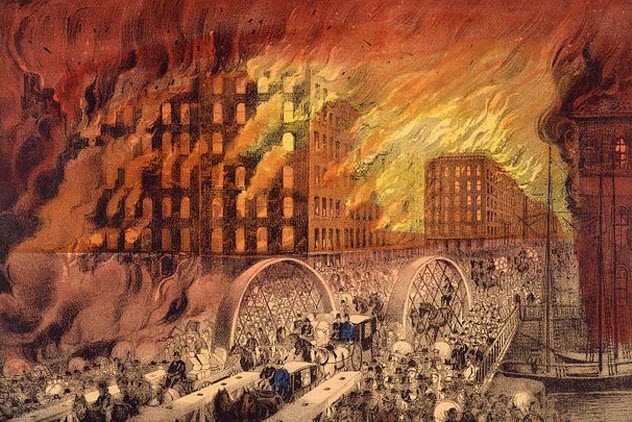 The story: Mrs. O’Leary’s cow kicked over a lantern and started the Great Chicago Fire.

How it actually went: This myth was greatly popularized by a story in the Chicago Republican at the time of the fire, and today, kids all over the country sing the catchy campfire song. But in 1911, the reporter who initially wrote the story confessed that he and a few friends had made it all up.[5]

No one knows the real cause of the Chicago fire, which burned for two days straight in October 1871 and caused $200 million in damage. While the origin of the fire has been definitively linked to the O’Leary barn, every neighbor had a different story to tell about how the fire actually started, including irresponsible smoking, meteors, and Communist terrorists. The O’Leary story is just one of these many myths.

5 War Of The Worlds Radio Broadcast 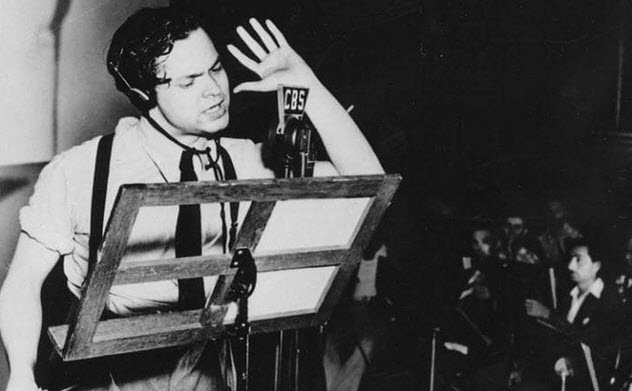 The story: The radio broadcast of H.G. Wells’s War of the Worlds was so realistic that it caused mass hysteria throughout the country.

How it actually went: Today, journalists have unearthed that much of the “hysteria” caused by the broadcast was blown out of proportion by the media. Reports from The New York Times and The Washington Post told stories of women jumping out of windows, men having heart attacks, and mass hysteria in the streets. Yet none of these stories have ever been verified by medical records or witnesses.

In fact, historians have found motives for the newspaper companies’ embellishment. The broadcast occurred at a peak time when radio was threatening to replace newspapers, so anything these print companies could do to break down public trust of radio was a huge profit.[6] 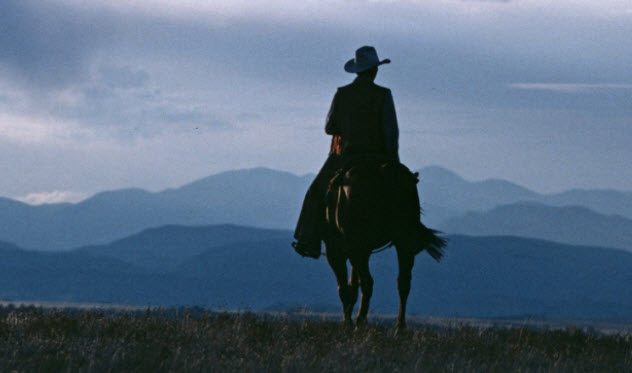 The story: The cowboys of the Wild West were mysterious white men who worked alone.

How it actually went: Other than Jamie Foxx’s character in Django Unchained, you’ve probably never seen a black cowboy in mainstream media. But in reality, many of these men were of African descent and looking to escape the sharecropping South where economic opportunity for blacks was severely limited.[7]

Being a cowboy meant a difficult career driving cattle across the American plains and into the Midwest where the demand for meat was high. The opportunity was perfect for many black men looking for location independence and a stable economic situation.

As a result, one in four American cowboys was black. And because of the many dangers associated with this profession, cowboys worked in large groups, not alone like the TV heroes we see in 20th-century Westerns. 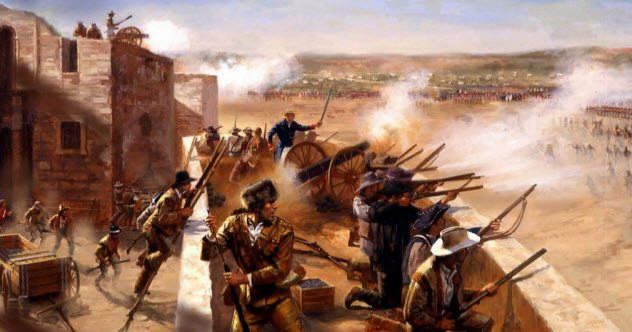 The story: The Alamo was a battle of American grit and independence.

At that time, Texas wasn’t a state. The majority of the North actually opposed its entry into the Union because Texas would allow slavery. In fact, the US officially recognized Texas as its own country in 1837.

It wasn’t until 1845 and after much debate that Texas officially became part of the United States through annexation. So while the Alamo was a great part of the individual history of Texas, it didn’t have anything to do with American patriotism or grit. 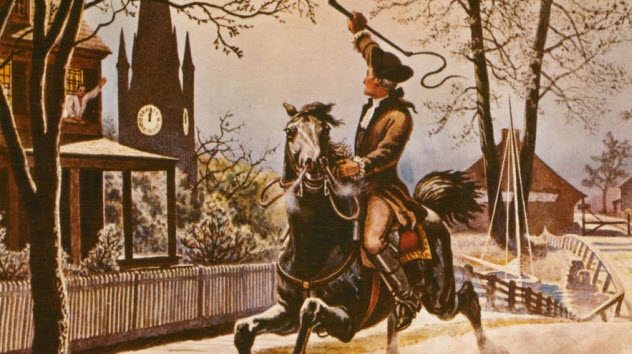 The story: In 1775, Paul Revere took a midnight ride across the East Coast, yelling, “The British are coming!”

How it actually went: This idea comes from the famous poem “Paul Revere’s Ride” by Henry Wadsworth Longfellow. While many of his details are accurate, some of the most well-known parts are not.

First and foremost, his famous quote “The British are coming!” was fabricated after the event for dramatic retelling. At this time, the colonists still considered themselves British, so this phrase would have been confusing and meaningless.

Plus, this mission was meant to be as discreet as possible, which meant no screaming in the streets. The other common misconception is that Revere rode alone. He actually had two companions, one of whom finished the ride after Revere was detained by the British.[9] 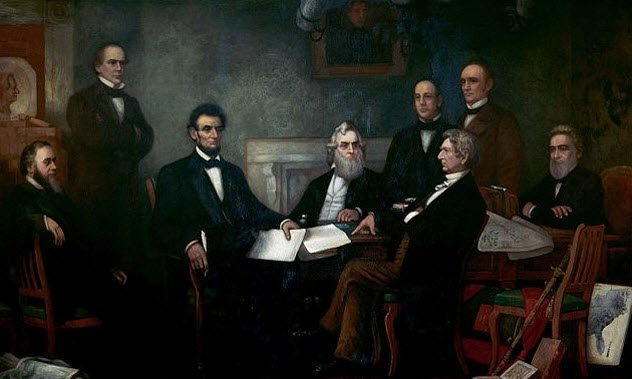 The story: The Emancipation Proclamation, issued by Abraham Lincoln on the grounds of moral rectitude, ended American slavery.

How it actually went: Despite popular belief, “The Great Emancipator” was rather morally ambivalent about slavery. Originally, he was part of the “antislavery” group that cautioned against slavery’s expansion but did not try to stop the current situation.[10]

This may seem inconsistent with the Emancipation Proclamation, but the document was actually written for political, not moral, reasons. Lincoln even told a cabinet member that abolition was “a military necessity. [ . . . ] We must free the slaves or be ourselves subdued.”

Even more importantly, the Emancipation Proclamation had little effect on slavery’s status. It freed slaves in the rebellious states on paper, but the South was no longer under the American government and had no reason to follow its ordinances.

While the document did spark large numbers of slaves to revolt and escape, there was no legal change in their status due to this document. It wasn’t until the 13th Amendment that slavery officially ended in the United States. Lincoln’s work laid a strong foundation for freedom, but the document itself did not free a single slave.

Sydney is a part-time content writer and a full-time student. In the meantime, you’ll probably catch her with a soccer ball or a yoga mat.