In the 16th century, Christians were afraid of puppets, even believing that they were demonic because it was impossible to identify the source of a puppet’s voice.

With a reboot of Puppet Master underway and the legacy of other scary films’ puppets like Billy in Saw, it’s safe to say that many of us are just as frightened of puppets today. Our fears have even been exploited to create terrifying TV shows like Channel Zero: Candle Cove, which is about a fictional kids’ TV show featuring puppets.

Puppets aren’t just for horror movies and TV shows, though. These seemingly innocent little dolls and their ventriloquist friends have wreaked havoc in real life, too. There are numerous stories of bizarre events that have involved ventriloquists, puppets, or both. 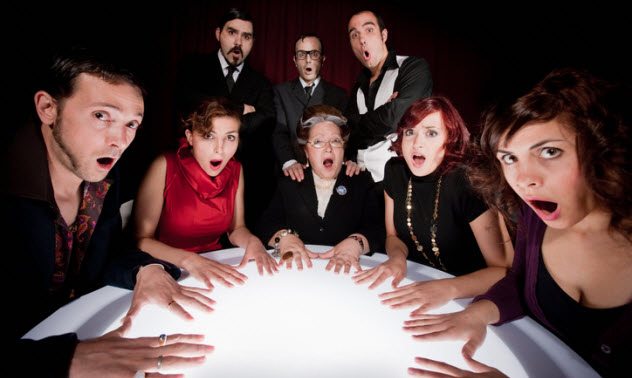 In 1910, a scared citizen wrote to The New York Times about seance parties in which mediums claimed to commune with the dead. In the letter, the writer describes a “trumpeted medium” who uses a telescope horn (like a megaphone) to deliver “messages from the dead” that actually come from nearby male and female ventriloquists. It was a way to trick bereaved people into believing their dead relatives and friends were communicating with them.

These trumpets could be used in different ways. As one example, mediums could hold the large end of a cone-like trumpet near their mouths. Then they would whisper into the instrument without moving their facial muscles while also engaging in casual conversations with other individuals seated around the seance table. This method is similar to a technique that is still used by many ventriloquists today.[1] 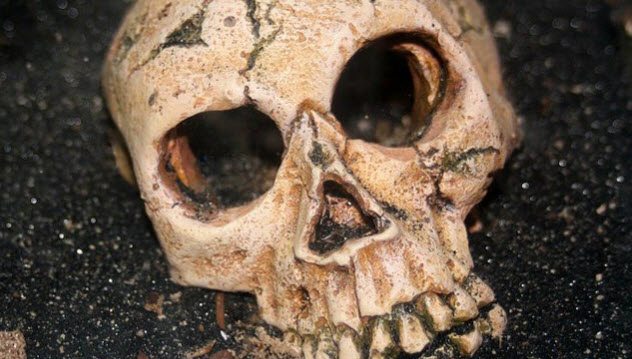 Sebastian, Florida, is located about an hour and a half north of West Palm Beach. In 2015, a homeless man appeared in the parking lot of a Publix grocery store in Sebastian. He was using a human skull as a puppet. The act of puppetry was done in an attempt to make someone at the shopping center call the police.

At first, law enforcement thought that the skull was fake. Then an officer got close to the scene and reported a foul odor. Even more disturbingly, law enforcement has still not been able to determine the identity of the skull.[2]

However, authorities stated that the remains came from a transient John Doe who had died in a nearby wooded area. Considering that Florida and four other states account for almost 75 percent of all unidentified person cases reported to the National Crime Information Center, this is not a surprising conclusion. 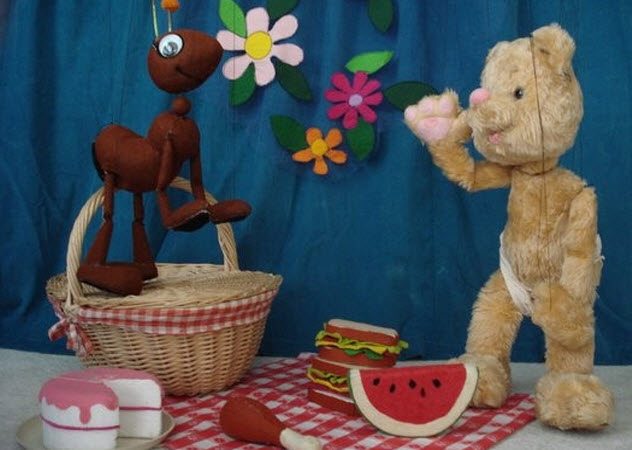 In addition, police found photographs of children being cooked and prepared to be eaten, a metal cage with a circular hole for feeding, a steel-topped table, various kinds of metal bondage equipment, and a child-sized coffin made of plywood.

Even more chilling, law enforcement found that Portway had been making plans with two other men to kidnap and sexually abuse children. One of the men was a puppeteer. He had plotted to kidnap the children with whom he worked at a puppet show at a local Florida church.

The puppeteer, Ronald Brown, ran a party business and website called Puppets Plus which promised “grins and giggles” for kids. In 1998, when a police officer pulled Brown over for a traffic violation and noticed several pairs of boys’ underwear in the vehicle, Brown responded that the underwear belonged to his puppets.[3]

7 Harassed By A Puppet 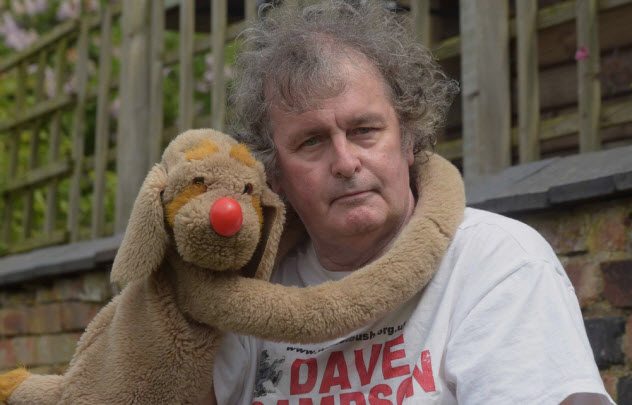 In 2017, David Sampson, a ventriloquist in Warwickshire, England, was questioned by law enforcement after his puppet, Grisweld the Super Dog, was accused of sexually harassing a woman. Sampson claimed that the event did not occur because Grisweld does not have the ability to “talk.” Officers questioned Sampson for over an hour about the event, which allegedly occurred while Sampson was promoting a Valentine’s Day show outside The Bulls Head pub.

The woman claimed that the puppet made countless sexually abusive comments and then hid in Sampson’s trousers. From there, the puppet allegedly asked, “Why don’t you come and have a feel at this?”[4] In response to this claim, Sampson argued that Grisweld would not fit in his pants. The outcome of the investigation is unclear. 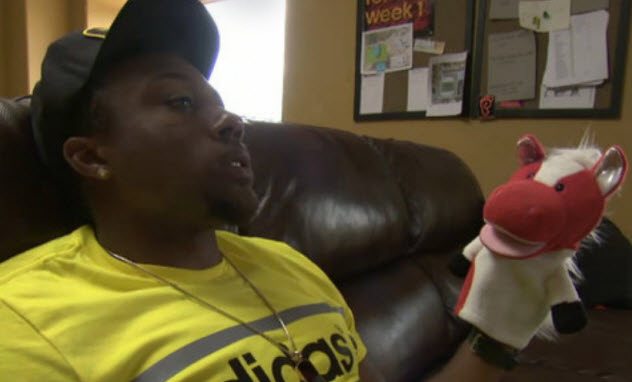 Eric Berry, the Kansas City Chiefs’ safety, has an extreme fear of horses (equinophobia). This created a problem because the team’s mascot is a real horse that is led around the Kansas City field during football games. Berry traces his fear of horses to a childhood incident at a petting zoo when a horse bit him.

To overcome his fear, Berry used a variety of techniques, including drawing horses, watching horses on TV, and even playing with horse puppets.[5] A large number of therapists use puppets in therapy because they help to trigger the patient’s emotions without them actually having to confront the object of discomfort. 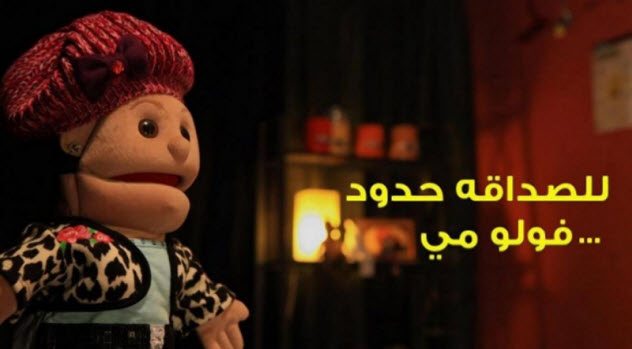 In 2014, a blogger filed a complaint with the Egyptian government concerning fears that a phone company was using a puppet in its commercials to transmit information about a terrorist plot. The commercials in question showed a puppet named Abla Fahita looking for her deceased husband’s sim card as well as having a telephone conversation about a character named Mama Touta.

The blogger who initiated the case claimed that “Mama Touta” actually referred to the Muslim Brotherhood, which is a recognized terrorist group. More specifically, the blogger claimed that the commercial discussed an upcoming bombing.

In response to these allegations, the Fahita puppet appeared on Egypt’s CBC network to deny the claims. The company that made the commercial further stated that the ad was intended to explain how to reactivate sim cards and that there was no secret message.

In general, the public in Egypt found the exchange between the blogger and Fahita comedic and even launched a digital movement called “#FreeFahita.”[6] 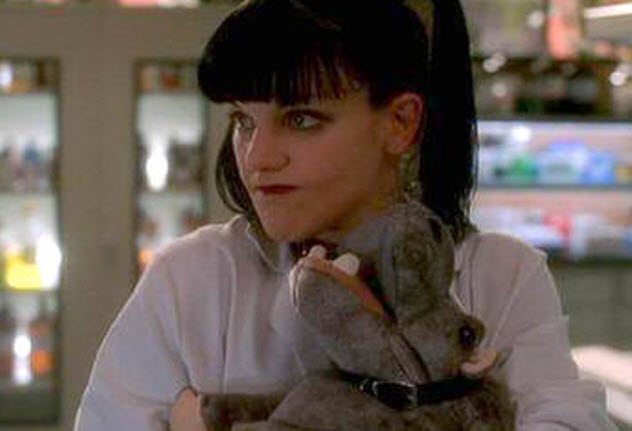 CBS first contracted with US manufacturer Folkmanis to produce approximately 30,000 farting hippo puppets. To reduce costs, however, CBS eventually outsourced the manufacture of Bert the Farting Hippo puppets to China.

In response, Folkmanis filed a lawsuit against CBS and certain affiliated companies to stop the alleged copyright infringement and recoup the associated lost profits of $733,000. While the lawsuit was pending, CBS pulled all Bert the Farting Hippo merchandise from its store, which temporarily made the farting hippo puppet a scarce commodity.

In 2016, the companies settled the lawsuit but did not make the terms public.[7] 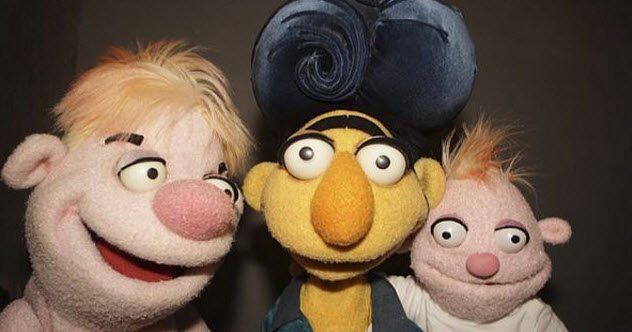 First appearing in the late 1990s, puppets Sheka and Teka were in numerous ads for Israel Electric Corporation. Commercials depicted the two puppets on a paddleboat in the Dead Sea, driving a convertible, hanging out on a couch, and sharing a room with two single beds.

While many viewers long speculated about the puppets’ sexual orientation in a manner similar to Bert and Ernie, this questioning reach a high point in 2013 when the puppets welcomed a third baby puppet.[8]

In that ad, Sheka and Teka were in a living room talking to a pink baby puppet with a tuft of bright orange hair. The commercial then switched to a hospital nursery scene where the baby was sucking on a pacifier and Teka was congratulating Sheka about the child’s birth. The ad failed to identify the mother.

In a third scene in the commercial, Sheka and Teka are sitting on a park bench with the child. The ad closed with the suggestion that the clean air at the park was caused by cleaner energy production.

In response to the controversy about the puppets’ sexual orientation, the Israel Electric Corporation issued a statement that the commercials were just intended to communicate the company’s messages about clean air and electricity. A spokesman for Israeli national LGBT task force, however, issued a statement that Sheka and Teka had been gay for years and would always be gay. 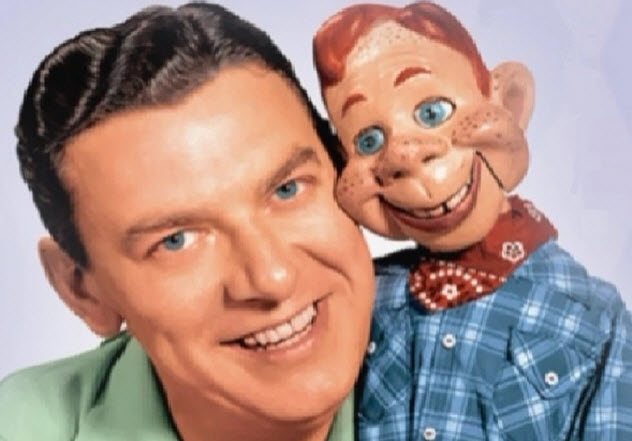 Custody is often mentioned in terms of children but can also apply to puppets. In 2001, a lengthy custody case involved the famous marionette Howdy Doody. Even though NBC had agreed in 1967 to place the puppet in a museum, a disagreement arose with the heirs of the puppeteers who had made Howdy Doody a household name.

The heir in question was only six when NBC canceled The Howdy Doody Show, which resulted in the puppet traveling throughout the country with Buffalo Bob. Puppeteer Rufus Rose had loaned the marionette to Buffalo Bob in 1970. After Rose died in 1975, Howdy Doody made public appearances. In 1998, one of Rose’s sons and Buffalo Bob agreed to sell the puppet in a 50-50 deal, but Buffalo Bob died before the sale was completed.

The judge in the case ultimately ruled that Howdy Doody belonged to the museum, the Detroit Institute of Arts. This decision came from a 40-page comprehensive ruling that analyzed Howdy Doody’s role in television as well as provided a rough guide to contract law.[9] 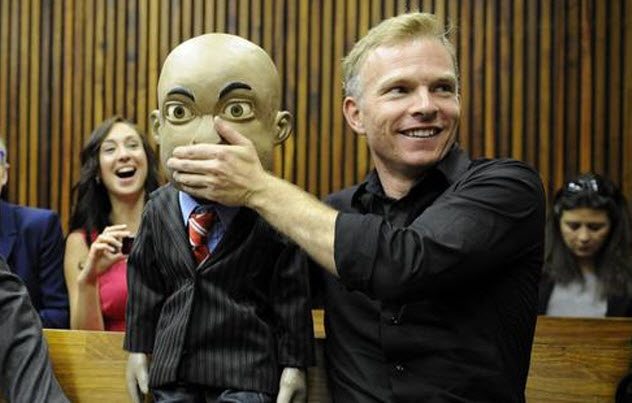 In another example of strange legal actions involving puppets, a South African ventriloquist received a gag order against his puppet in 2014. Musician Steve Hofmeyr filed for the protection order against comedian Conrad Koch claiming that Koch’s puppet, Chester Missing, was engaging in hate speech. The order prohibited Chester from making any statements about Hofmeyr in public or on social media.

By the time the case arose, Chester was known for making controversial political comments. This legal action was initiated due to a series of tweets from Chester’s Twitter account that criticized the singer as racist and asked that South Africans boycott any commercial brand associated with him.

As a result of Chester’s actions, a local car dealership dropped their sponsorship of Hofmeyr. Koch eventually won the case and was successful in getting the gag order on Chester Missing removed.[10]

Read more strange stories about puppets on 10 Fascinating Facts About Sesame Street and 10 Dark Stories Behind The Muppets.