In the strange world of physics, the impossible is always possible. But in recent times, many scientists have managed to outdo even this caveat and have achieved some spectacular firsts. 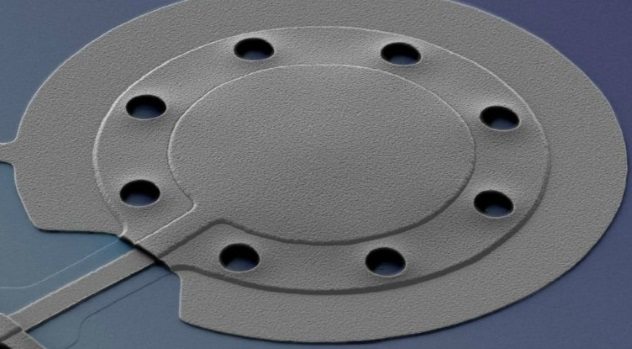 In the past, scientists couldn’t cool an object beyond a barrier called the “quantum limit.”[1] To make something frosty, a laser must slow its atoms and their heat-producing vibrations. Ironically, laser light brings warmth to the deal. Despite lowering temperature, it also prevents it from dropping below the quantum limit. Surprisingly, physicists designed a drum of vibrating aluminum and managed to lower its temperature to 360 microKelvin, or 10,000 times more chilled than the depths of space. The drum measured 20 micrometers in diameter (a human hair is 40–50 micrometers), and the experiment defied the famous limit.

Once thought to be impossible, the breakthrough was a novel laser technique that can “squeeze” light, directing the particles with a more intense stability in one direction. This removed the laser’s fluctuations that added heat. The drum is the most frigid mechanical object ever recorded but not the coldest matter, which is a Bose-Einstein condensate. Even so, the achievement could one day play a part in superfast electronics and help unravel the stranger behaviors of the quantum world that appear when materials approach their physical limits. 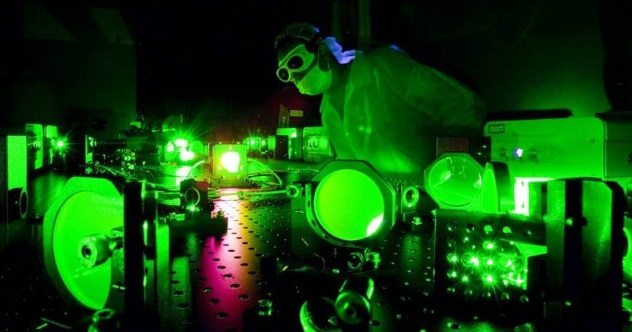 The radiance of our own Sun is already noteworthy.[2] Now, imagine the combined light of a billion Suns. That’s about the equivalent of what physicists recently brought to life in a lab. Officially the brightest luminosity ever seen on Earth, the light also behaved in an unexpected manner. It changed objects’ appearances.

To understand this, one must look at how sight works. Photons need to scatter from electrons before vision becomes possible. Under normal circumstances, electrons bump one photon at a time. When something turns brighter, the shape usually remains the same as in lower light. The powerful laser used in the experiment scattered a jaw-dropping 1,000 photons. Since scattering equals visibility, the intensity at which it occurred changed the way the photons behaved and consequently how an illuminated object is perceived. This strange effect became more obvious when the super-sunlight got stronger. Because the photons’ normal energy and direction were altered, light and colors were produced in unusual ways. 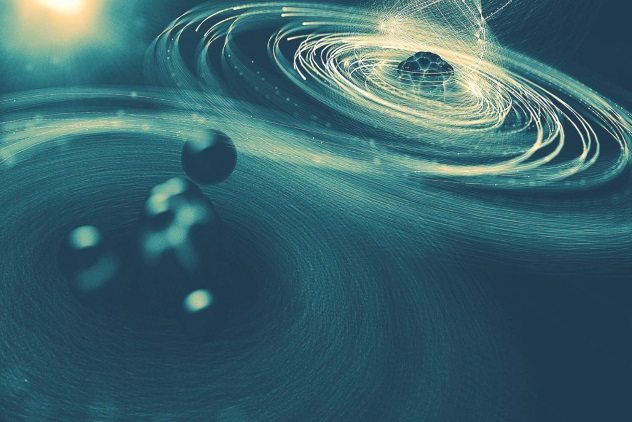 A team of physicists recently created something that behaved like a black hole.[3] They deployed the most powerful X-ray laser in existence, the Linac Coherent Light Source (LCLS), to zap iodomethane and iodobenzene molecules. Researchers expected the beam to scoop most of the electrons from the molecule’s iodine atom, leaving a vacuum. In experiments with weaker lasers, this emptiness then hoovered up electrons from the outermost part of the atom. When LCLS struck, the expected happened—followed by something surprising. Instead of stopping with itself, the iodine atom began eating electrons from neighboring hydrogen and carbon atoms. It was like a tiny black hole inside a molecule.

Subsequent blasts knocked out the stolen electrons, but the void sucked in some more. The cycle was repeated until the entire molecule exploded. The iodine atom was the only atom that behaved like this. Bigger than the rest, it absorbed an enormous amount of X-ray energy, losing its original electrons. The loss left the atom with a strong enough positive charge to strip the electrons from smaller atoms. 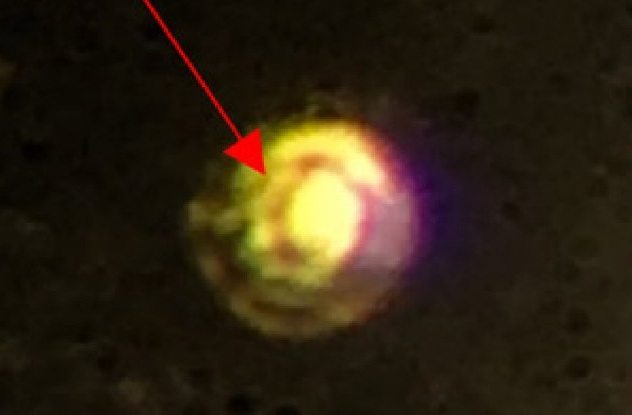 It’s been called the “holy grail of high-pressure physics,” but until now, no scientist has ever succeeded in forging metallic hydrogen.[4] As a possible superconductor, it is a highly sought-after form of the normally gaseous element. The possibility of turning hydrogen into a metal was first proposed in 1935. Physicists theorized that massive pressure could cause the transformation. The problem was that nobody could produce that kind of extreme pressure.

In 2017, a US team tweaked an old technique and brought the theoretical material into existence for the first time. Prior experiments were performed inside a device called a diamond anvil cell. Force is generated by using two synthetic diamonds opposite each other, but they always cracked at the critical point. The physicists used the cell chamber but designed a new shaping and polishing process that prevented the dreaded fractures. The device was then able to produce a staggering pressure: more than 71.7 million pounds per square inch. Not even at the center of the Earth does one find such a squeeze. 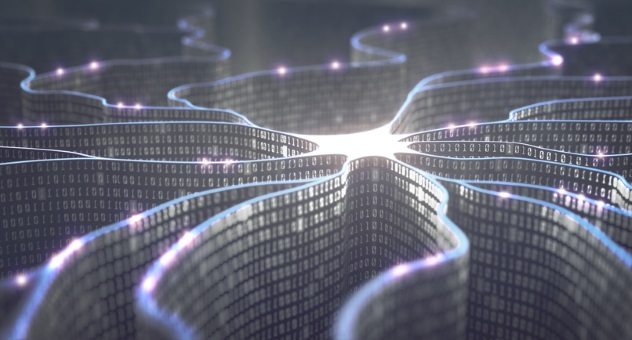 When it comes to the lifeblood of electronics, light might one day replace electricity.[5] Physicists understood light’s potential in this regard decades ago when it became clear that its waves could travel next to each other and thus perform a myriad of tasks at once. Traditional electronics rely on transistors to open and close paths for electricity, limiting what can be done. A remarkable recent invention was a computer chip mimicking the human brain. It quickly “thinks” by using light rays that interact with each other, in a manner analogous to neurons.

In the past, simpler neural networks were created, but the equipment spanned several tables. Anything smaller was deemed impossible. Made of silicone, the new chip measures a couple of millimeters across and computes with 16 neurons. Laser light enters the chip and then splits into beams that each signal numbers or information by varying in brightness. The intensity of the lasers that exit gives the answer to the number crunching or whatever information it was asked to provide a solution for. 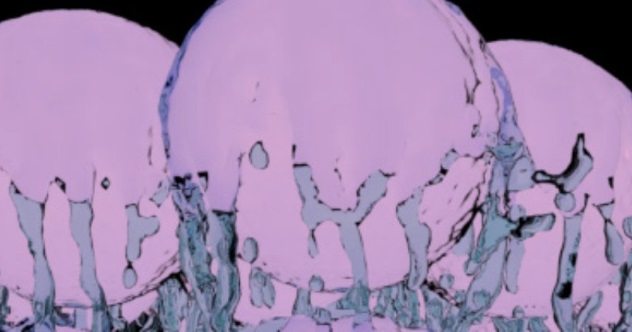 Say hello to supersolids.[6] This oddball isn’t as terrifically hard as the name implies. Instead, the bizarre material has the rigid crystalline structure of all solids while at the same time appearing to be a fluid. This paradox was earmarked to remain unrealized because it flies in the face of known physics. In 2016, however, two independent scientific teams produced matter bearing the trademarks of a supersolid. Incredibly, both used different approaches to do what many thought not a single technique could achieve.

The Swiss scientists created a Bose-Einstein condensate (the coldest matter ever) by vacuum-cooling rubidium gas to the icy extreme. The condensate was then moved to a dual-chambered device, each chamber containing small opposing mirrors. Lasers encouraged a transformation, and the particles responded by arranging themselves into the crystalline pattern of a solid, while the material maintained its fluidity. The Americans arrived at the same strange hybrid matter but created their condensate after treating sodium atoms with evaporative cooling and lasers. Then they used lasers to shift the atoms’ density until the crystal-like structure appeared in their liquid sample. 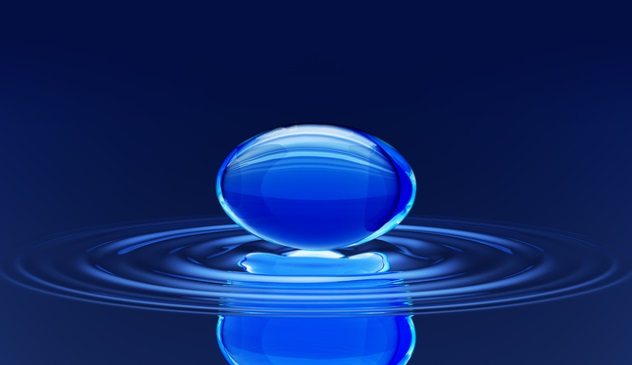 In 2017, physicists designed a mind-boggling thing: a form of matter that moves toward the force that pushed it away.[7] While not exactly a boomerang, it has what one would call negative mass. Positive mass is the normality most people are used to: You shove something, and the object will accelerate in the direction it was pushed in. For the first time, a fluid was created that behaves unlike anything anyone has ever seen in the physical world. When pushed, it accelerates backward.

Once again, a Bose-Einstein condensate was iced out of rubidium atoms. Scientists now had a superfluid with regular mass. They herded its atoms tightly together with lasers. Then a second set of lasers worried the atoms to alter the way they spin. When released from the first lasers’ tight hold, a normal fluid would have spread outward and away from its center, which is basically doing the pushing. The altered rubidium superfluid, at a fast enough speed, didn’t spread when released but stopped dead in a display of negative mass. 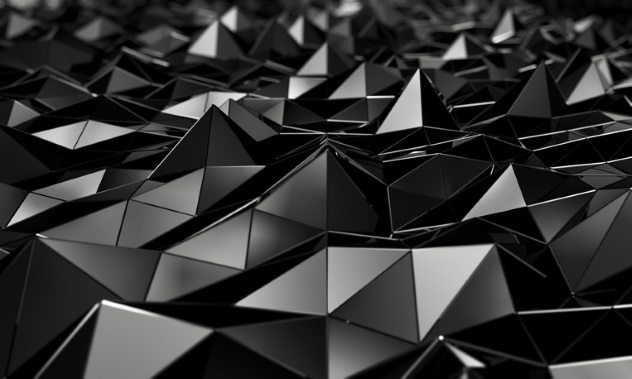 When Frank Wilczek, a Nobel Prize–winning physicist, suggested time crystals, the idea sounded crazy—especially the part that they could produce movement at ground state, the lowest level of energy in matter.[8] Movement is theoretically impossible because energy is needed where there is little to none. Wilczek believed perpetual movement could be achieved by flipping a crystal’s atom alignment in and out of ground state. Such an object’s atomic structure would repeat in time, producing constant switching without needing energy. This went against the laws of physics, but in 2017, five years after Wilczek envisioned the bizarre matter, physicists figured out how to make some.

One team manipulated ten interconnected ytterbium ions with two lasers. One formed a magnetic field, while the second adjusted the atoms’ spinning until Wilczek’s flipping occurred. At Harvard, a time crystal was born when nitrogen impurities were flipped in diamonds. Even though time crystals are now accepted and not just an insane theory, they need to be periodically zapped to keep flipping. They may not be Wilczek’s perpetual devices, but time crystals remain unlike anything researchers have ever studied. 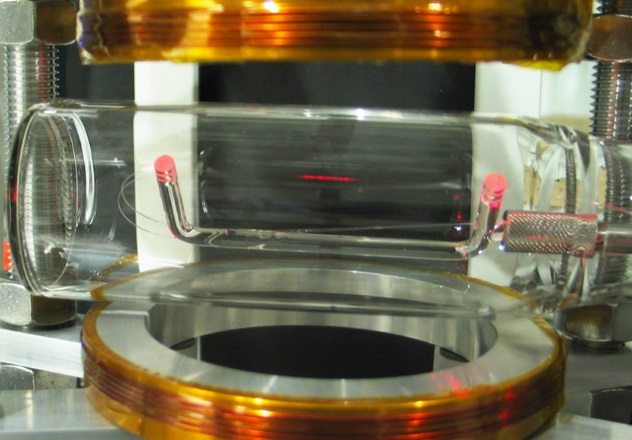 A Bragg mirror cannot reflect much and is a dainty 1,000 to 2,000 atoms in size.[9] But it can reflect light, which makes it useful in places where the tiniest mirrors are needed, like inside advanced electronics. The shape isn’t conventional; the atoms hang in a vacuum, resembling a string of beads. In 2011, a German group created the most reflective one to date (80 percent) by lasering a clump of ten million atoms into a lattice pattern.

Since then, Danish and French teams have vastly condensed the number of atoms needed. Instead of zapping atoms bunched together, they strung them next to microscopic optical fibers. When spaced correctly, the Bragg condition applied—reflecting a wavelength of light directly back to its point of origin. When light was transmitted, some escaped the fiber and hit the atoms. The Danish and French strings reflected around 10 and 75 percent, respectively, but both returned the light down the fiber in the opposite direction. Apart from promising limitless advances in technology, it may also one day prove useful in stranger quantum devices, since the atoms additionally used the light field to interact with each other. 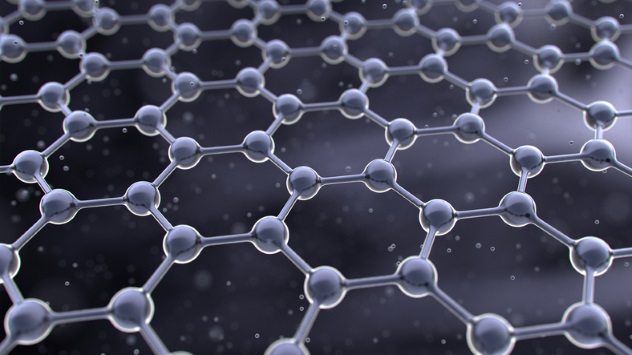 Physicists have been trying to make a 2-D magnet since the 1970s but have always met with failure.[10] A true 2-D magnet will retain its magnetic properties even after it has been stripped down to the state which makes it two-dimensional—a layer just one atom thick. Scientists began to doubt if such a magnet was even possible.

In June 2017, researchers chose chromium triiodide in their bid to finally create a 2-D magnet. The compound was attractive for several reasons: It was a layered crystal, perfect for thinning, and endowed with a permanent magnetic field, and its electrons had a preferred spin direction. These were critical plus points that helped the chromium triiodide to stay magnetic, even after the crystal was peeled down to its last layer of atoms.

The world’s first real 2-D magnet emerged at a surprisingly warm –228 degrees Celsius (–378 °F). It stopped being a magnet when a second layer was replaced but regained its properties again when a third and fourth sheet were added. At the moment, it doesn’t work at room temperature, and oxygen damages it. Despite their fragility, 2-D magnets will allow physicists to complete experiments not possible until now.

Read about more impossible realities on 10 Seemingly Impossible Things Made Possible By Science and 10 Implausible Technologies From Fiction That Are On Their Way.