We still tend to glamorize drug use to a certain extent when it pertains to the music industry. When drugs and alcohol are a staple of your day-to-day functions, like having a glass of orange juice, operating a moving vehicle, or getting up on a stage in front of thousands of screaming fans, you wouldn’t necessarily think about the repercussions of said intake. Drugs are often seen as the ingredients for creativity, so there exists a romantic aura that ties their use to creative individuals. This extends beyond music, of course. Famous writers such as Ernest Hemingway and F. Scott Fitzgerald are well-known for their prolific alcohol intake. The household name Stephen King has revealed his onetime dependency on alcohol and drugs to fuel his creativity.

However, this list focuses on musicians alone, as the music industry has a plethora of characters to chose from, but among them are those who truly experienced life on the edge and almost didn’t live to tell about it. The ten individuals below have defied medical expectations with their purported drug and alcohol intake, essentially because any medical professional would tell them that it is a miracle that they still live and breathe, let alone function. 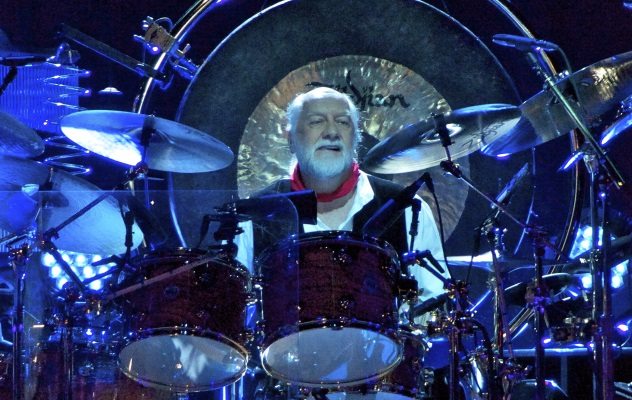 The 198-centimeter (6’6″) namesake drummer of Fleetwood Mac, now age 69, has settled for a quieter lifestyle in Maui, where he has resided for a number of years. But the 1970s and 1980s, the heyday of the most commercially successful lineup of Fleetwood Mac, was a different story. Mick Fleetwood described his early experiences with cocaine in Los Angeles in the 1970s as the “first wave of the tsunami of white powder that rolled in.”

And a tsunami is exactly what Fleetwood put up his nose. For at least 20 years, he took an eighth of an ounce every single day.[1] The drug didn’t just cost Fleetwood years of insanity; it also led to numerous bankruptcies and at least three failed marriages. 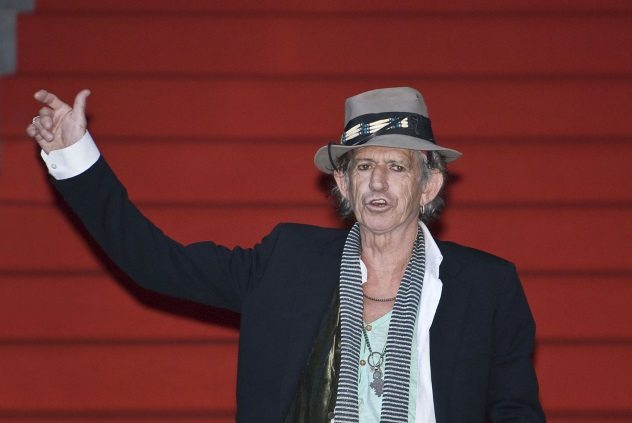 The scale of drug use by iconic Rolling Stones guitarist Keith Richards is cemented in music and pop culture history. The stories of his excesses are legendary. He was busted for heroin numerous times in the 1960s and 1970s. In the late 1970s, Richards allegedly went nine days without sleep in the recording studio. He later bragged, “Nine days without a wink.” In 2002, Richards admitted in an interview that he snorted his father’s ashes with cocaine.[2]

As a matter of fact, it wasn’t until 2006 that Richards quit using cocaine altogether, after he fell out of a coconut tree and suffered a concussion while on a family vacation in Fiji with fellow Rolling Stone Ronnie Wood. Richards says that, despite the decades of drug use, he always used drugs in moderation, which he insists is the reason why he’s still with us today. 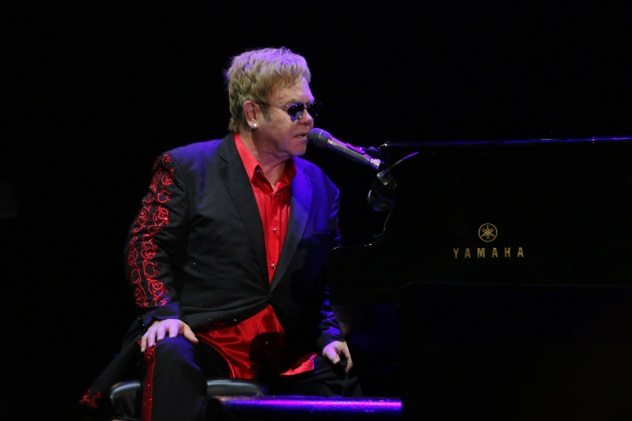 Pop and rock legend Elton John started taking cocaine in the early 1970s to “open up” and talk to people. Onstage, he was confident but offstage, he was shy and reserved, so cocaine was the remedy. However, John stated that the drug eventually “closed him down.”[3] Cocaine remained an essential component in his life throughout the 1970s and 1980s. Close friends and associates recall that toward the latter part of John’s addiction, he was killing himself. Record producer Gus Dudgeon, who produced many of John’s recordings, revealed in an interview that, “There was a chance he could polish himself off. He’d go out and do some coke, and it’d be all over his mouth, his nose would be running, and I’d go: ‘Oh God, this is just awful.’ ”

This was in 1986, during the recording sessions of John’s album Leather Jackets. In 1989, by John’s own admission, he took cocaine every four minutes and wouldn’t leave his home for two weeks. He was also having violent seizures and heavy nosebleeds. He recounts that close friends would find him collapsed and would put him to bed, only for him to get up and immediately take more cocaine. He was able to overcome his addiction with treatment by 1990. 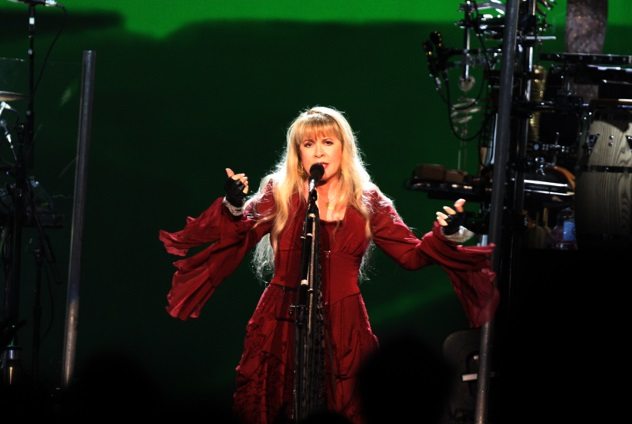 The Queen of Rock and the frontwoman of Fleetwood Mac is no stranger to addiction. Nicks stated in an interview with writer Brian Hiatt that early life in the band was “dangerous.” The amount of cocaine being consumed was very much out of control. Nick’s nine-year dependence on the drug would have eventually killed her had she not heeded the warning from a doctor in 1986 that her drug use had burned a hole in her nose and that any more cocaine would most likely be fatal. Her close friend Tom Petty told Rolling Stone, “I was very worried about her. To the point that if the phone did ring, and they said, ‘Stevie died,’ I wouldn’t have been surprised.”[4]

Nicks’s treatment for cocaine addiction was only a prelude to a far more debilitating addiction to Klonopin in the late 1980s and early 1990s, prescribed by another doctor to keep the singer off cocaine. Nicks recounts that rehabilitation from the Klonopin addiction was far worse than cocaine: Her hair fell out, and her skin would peel off. 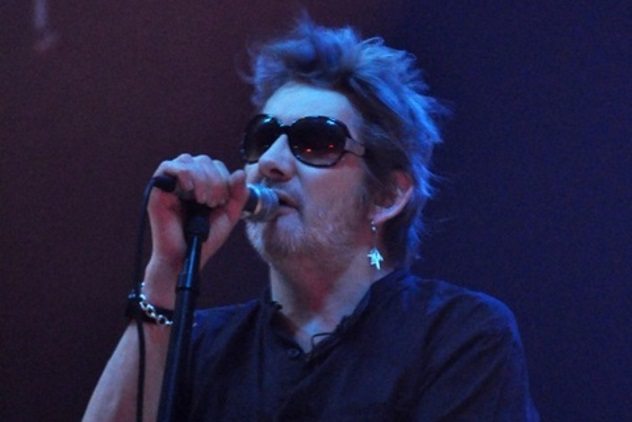 The Pogues may be more well-known for the alcohol-induced antics of their frontman Shane MacGowan.[5] The Dublin native, now aged 59, has consumed a lot of hard liquor over the years. He has been in such a near-constant state of inebriation that he only has few of his teeth left. This isn’t necessarily the result of drunken brawls but rather that of being so loaded that he would pass out and inadvertently knock out his own teeth.

MacGowan has also abused heroin, though that pales when compared to his profound love for alcohol, which was so extreme that in 1979, a doctor gave MacGowan only six weeks to live. It’s fitting that the band recently partnered up with an Irish whiskey distillery, as MacGowan is most certainly an expert. 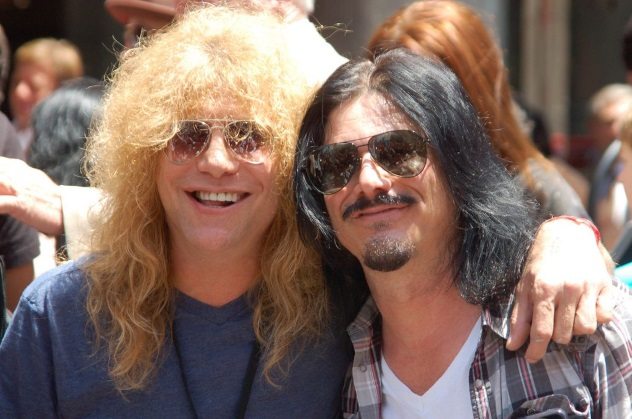 Drummer Steven Adler (pictured left above), of the founding lineup of the quintessential Los Angeles commercial rock band Guns N’ Roses, certainly had an appetite for destruction, as their debut album in 1987 suggests. Adler’s addictions to cocaine and heroin were so severe that the band was forced to fire him in 1990. It was around this time that Adler suffered his first stroke from injecting a speedball. He would eventually suffer another stroke and a heart attack and spend much of his time in the emergency rooms of various LA hospitals. He took an estimated 31 trips to the ER in his lifetime.[6]

The heavy slur that accompanies Adler’s speech is the result of his strokes. He participated in Celebrity Rehab with Dr. Drew and the spin-off Sober House in 2008. A video on LiveLeak captures a relapse during Adler’s time in Sober House and offers a glimpse into heavy drug addiction. 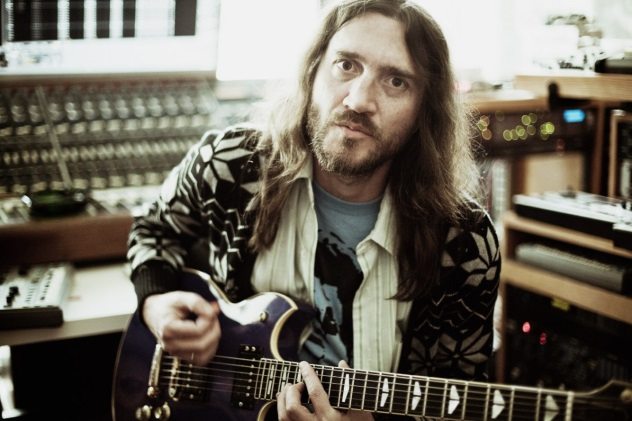 John Frusciante was 18 years old when he joined the Red Hot Chili Peppers in 1988, replacing guitarist Hillel Slovak, who had died from a heroin overdose. Frusciante would go on to experience his own full-blown addiction in the 1990s, having lived as a recluse, often in complete squalor, since quitting the band in 1992. His solo efforts during this time, particularly his second solo album, were recorded primarily for the funds to finance a very big heroin and cocaine habit. Bassist Flea recalled, “I didn’t think his brain and body could stand up to the amount of drugs he was doing.”[7]

Frusciante’s addiction had become so detrimental that when he finally was able to undergo rehabilitation, he had to have most of his teeth, which had rotted beyond repair, replaced. He required skin grafts to remove the abscess scars from his skin, the result incorrectly injecting heroin and cocaine numerous times. 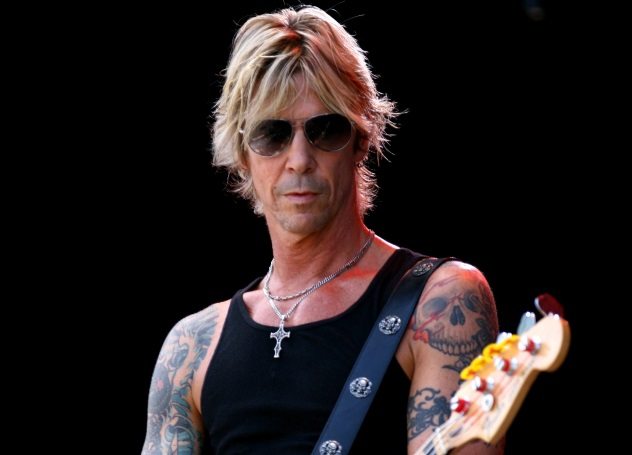 Another Guns N’ Roses alumnus, Duff McKagan, recounted in 2011 that the extremely excessive lifestyle surrounding the band in the 1980s and early 1990s turned into a nightmare that very nearly killed him. Aside from large quantities of cocaine and heroin, Mckagan’s fondness for alcohol was also a contributing factor to his near-fatal episode. As Mckagen states, “Every day I made sure I had a vodka bottle next to my bed when I woke up.”[8]

Early signs of a problem were hair loss, kidney pain while urinating, and uncontrollable bleeding from his fingers. Eventually, his pancreas ruptured, having swollen to the size of a football from the excessive intake of alcohol. That was the turning point for the bassist, and McKagan has committed himself to clean living ever since. 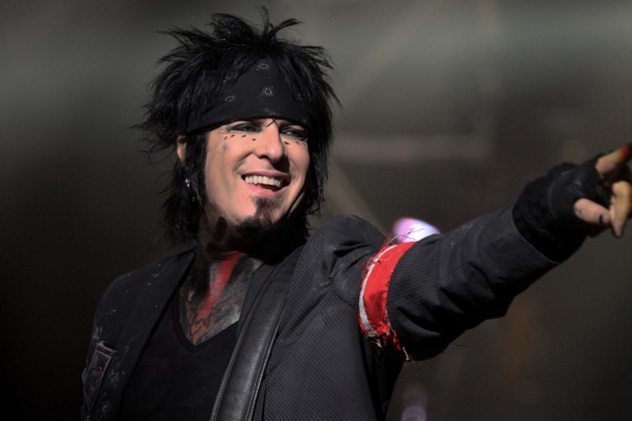 Perhaps 1980s-era excess is most aptly personified by the band Motley Crue, of which Nikki Sixx was the bassist. Tales of the band’s hedonism and drug-induced debauchery are very prevalent in the media, and they often eclipse the band’s musical output. All four members were known for their excessive lifestyles, though Nikki Sixx’s was certainly the most extreme in terms of full-blown drug abuse.

An autobiographical account, penned by Sixx in 2007 and titled The Heroin Diaries, explicitly recounts the day-to-day activities from 1986 to 1987 of a man in the deepest throws of cocaine and heroin addiction. The book culminates with a nearly fatal heroin overdose, during which Sixx was declared legally dead by doctors before being revived.[9]

Of course, this wasn’t Sixx’s first overdose. Another account from Sixx describes an earlier overdose that led to his lifeless body surreptitiously placed in an alley by a dealer to not attract the attention of authorities. When Sixx came around, he immediately went home and injected more heroin. Now 58 and sober, his is another miraculous story of maintaining his mortal coil despite the overwhelming odds against him. 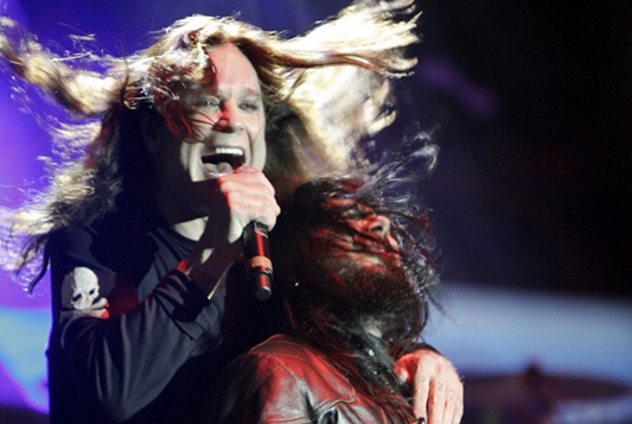 If one man has well and truly astounded the medical community, it is Ozzy Osbourne, now 68, the former frontman of early doom metal pioneers Black Sabbath and a hugely successful solo artist in his own right. According to a 2015 article, the singer’s genome reveals how he survived 40 years of rampant drug and alcohol abuse. For instance, researchers observed a mutation on the gene ADH4, a gene linked to alcohol and drug abuse, which may have allowed Osbourne to break down alcohol more easily than the average human.[10]

With that in mind, Ozzy’s four decades of nonstop benders involving alcohol, acid, marijuana, heroin, cocaine, Valium, Vicodin, and an astounding cocktail of amphetamines, tranquilizers, barbiturates, painkillers, and sleeping pills would have apparently killed the ordinary human being. According to his wife Sharon, “At the end of the world, there will only be cockroaches, Ozzy and Keith Richards.”

A novice writer with interest in the bizarre and unconventional. Avid history, art, and pop culture fan and loves the occasional conspiracy theory.

Read more about musicians and drugs on 10 Wild Drug Stories About Your Favorite Musicians and Top 10 Musicians Who Chased the Dragon.

Top 10 Instrumental Songs from the ’60s