The Catholic Church is no stranger to controversy. Throughout history, the Vatican has caused more than its fair share of scandals and has carried this trend into the modern era. The following offenses all came to light within the last decade or so and show the Church in a very bad light. 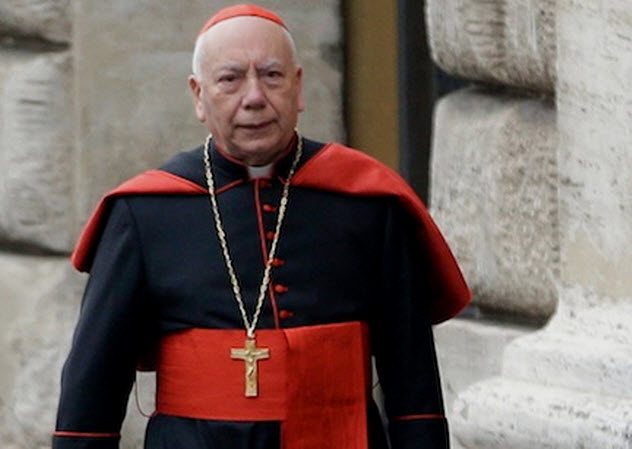 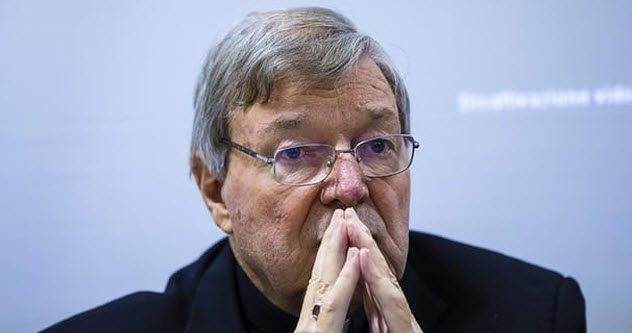 Earlier this year, Australian Cardinal George Pell became the highest-ranking member of the Catholic Church to be charged with multiple offenses of sexual assault.

In 2014, Pope Francis made Pell the first Prefect of the Secretariat for the Economy, basically putting him in charge of the Vatican’s finances. Pell has subsequently been granted leave from his position in order to defend himself in a Magistrates’ Court in Victoria.

Australian authorities have not made the charges against Pell public yet. They mention multiple charges of historical sexual assault coming from multiple complainants.

In 2013, the Australian government formed the Royal Commission into Institutional Responses to Child Sexual Abuse. The commission called on the cardinal to come to Australia and testify several times. However, Pell ended up giving video testimonies, citing his inability to travel for health reasons. Eventually, Victoria authorities came to Rome to question the cardinal regarding several allegations.[2]

Further problems for Pell could arise from his past as archbishop of Melbourne. During that time, he set up the “Melbourne Response” in 1996, a program meant to handle complaints of sexual abuse against the clergy. It has been criticized after renewed scrutiny for being like many other initiatives where the Church was more interested in protecting the abuser than helping the victim. 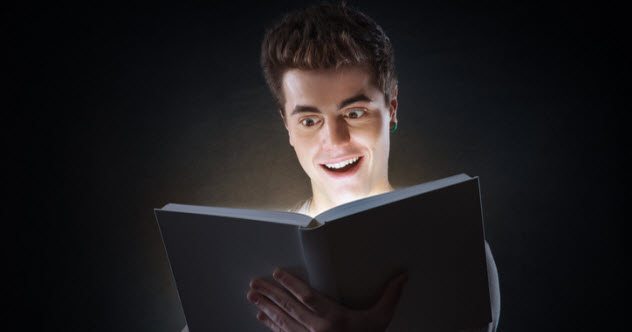 Other publishers claimed the Church knew about the books for years. Bernhard Muller, the editor of Catholic magazine PUR, alleged that several Catholic groups alerted the Vatican that they were publishing books with content deemed either pornographic or blasphemous. 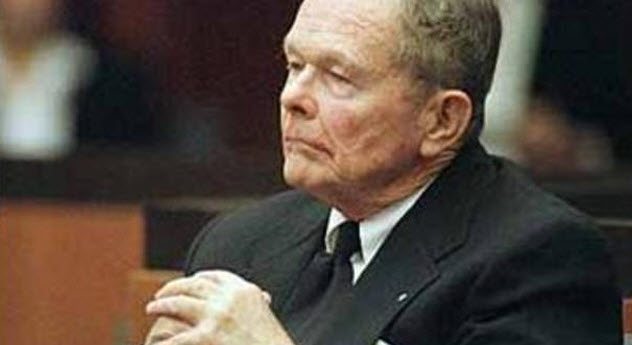 In 2003, The Boston Globe won a Pulitzer Prize for their investigation into child sex abuse in the Boston area by Roman Catholic priests. The Globe uncovered evidence not only of rampant sex crimes but also of cover-ups by the Church going back decades.

Priests who were accused of being child molesters were simply moved from one parish to another. Alternatively, they were placed on “leave” and sent into treatment before being allowed to resume their regular duties.

One of the main targets of the investigation was John Geoghan, a priest accused of abusing up to 130 boys over a 30-year period. In the end, Geoghan was only given a light sentence in 2002 for groping a 10-year-old boy. But Geoghan was murdered in prison a year later by another convict named Joseph Druce.[4]

When asked why he did it, Druce said that Geoghan was arrogant and remorseless regarding his victims, claiming that he was worth “300 of them.” Druce also said that he overheard the former priest talking about moving to South America after serving his sentence to work with children again.

Druce was found guilty, although he was already serving life without parole. Criticism was directed toward prison officials for allowing the murder to happen. Experts questioned why Druce and Geoghan were placed in protective custody together in the first place since the former was in jail for killing an older gay man.

To add fuel to the fire, surveillance system footage was leaked to YouTube in 2007. It showed prison guards trying to enter the room while Druce was strangling Geoghan.

6 The Gay Conclave And Benedict’s Resignation 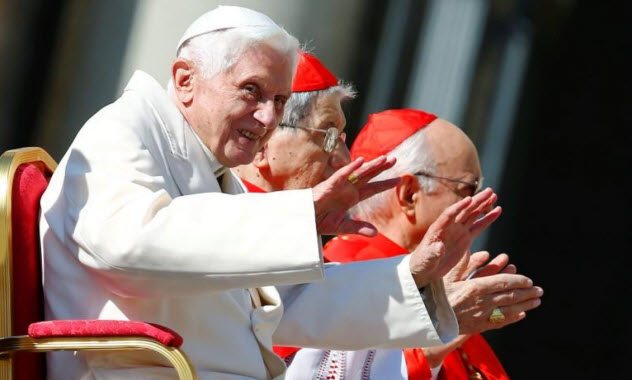 In 2013, Pope Benedict XVI shocked the world when he announced his intention to resign, becoming the first pope to do so in 600 years. Officially, Benedict cited health reasons as his motive for retirement. He claimed that he didn’t have the strength necessary to endure the physical and mental demands of the papacy.

Of course, this didn’t stop people from speculating that there could have been ulterior motives for his resignation or even external pressure for Benedict to step down. His announcement came while the Vatican was still hurting from the VatiLeaks scandal—hundreds of confidential papers leaked by the pope’s butler.

Italian newspaper La Repubblica followed up on the leak with a report claiming that there are several factions within the Vatican united by common interests, including a “gay conclave.” These officials allegedly supported each other to increase their status and, eventually, to influence Vatican operations. The report also claimed they had been the victims of blackmail from people outside the church with whom they had ties of a “worldly nature.”

Pope Benedict XVI vehemently denied these allegations as well as insinuations that there was a hidden motive behind his resignation. However, when he published his memoirs titled The Last Conversations in 2016, the pope admitted to the existence of a “gay lobby” looking to influence Vatican decisions.[5] Benedict also claimed that he had successfully disbanded the power group. 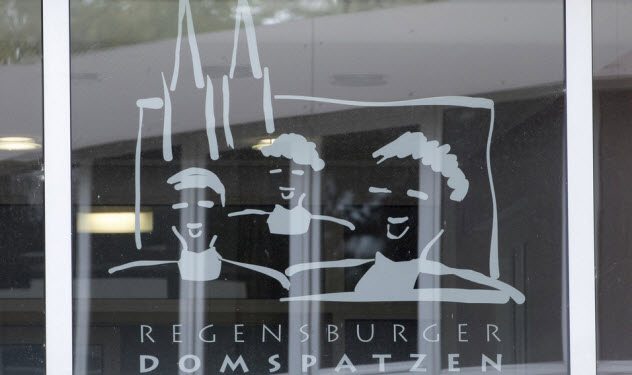 Back in 2010, allegations surfaced of child abuse in the Regensburger Domspatzen, one of the most famous Roman Catholic choir schools in Germany. At this point, this kind of accusation was no longer shocking or infrequent. However, for three decades, the Domspatzen was run by Georg Ratzinger, older brother of Pope Benedict XVI.

The original accusations came from a man who attended the boarding school in the early 1960s, before Ratzinger took charge. However, a later independent inquiry found that the school endorsed a systematic culture of abuse which occurred between 1945 and 2015.

In that time, the report claims that close to 550 pupils were physically or sexually abused at the hands of their teachers.[6] Common punishments included beatings with sticks or violin bows, sometimes in front of the other boys for added humiliation.

Ratzinger admitted to slapping pupils in the face but denied knowing the true extent of the punishments endured by students. The investigation criticized the former conductor for turning a blind eye to the proceedings.

Ratzinger denied having knowledge of any kind of sexual abuse, a claim backed up by the report. In total, 49 individuals were found at fault, 45 of whom were responsible for physical violence while nine were suspected of sexual abuse. 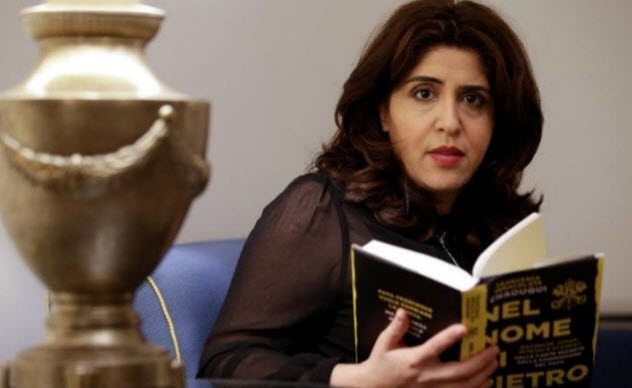 Still reeling from the VatiLeaks scandal a few years ago, the Vatican had to contend with another set of confidential revelations last year. This time, they came courtesy of a woman named Francesca Chaouqui, a PR consultant named to a commission organized by the pope to look into financial reform.

In her book, Chaouqui revealed that she had a mole inside the Vatican’s Secretariat of State. The two would communicate through secret messages left inside a torn cushion in the confessional of the San Luigi dei Francesi Church.[7]

She passed on that information to two Italian journalists who wrote exposes regarding mismanagement and extravagant spending by cardinals. They also asserted that Pope Francis is facing strong resistance within the Vatican to his plan for increased transparency and accountability regarding the Church’s finances.

The scandal had an intriguing twist during Chaouqui’s trial when she and one of her coconspirators, Monsignor Angel Lucio Vallejo Balda, turned against each other. Monsignor Balda claimed that Chaouqui seduced him and that they slept together. She not only denied the allegations but also said that Balda was gay and obtained Vatican accreditation for his lover to serve as his “butler.” 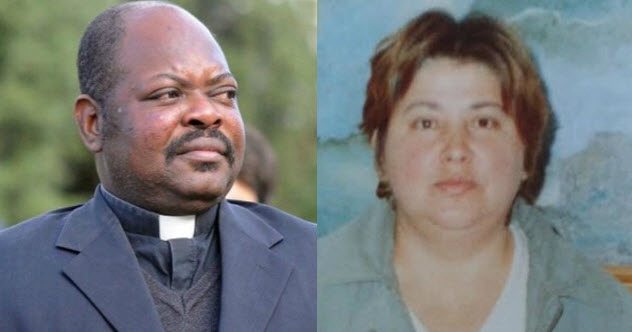 When the Vatican isn’t busy with complex conspiracies and cover-ups, it still has to deal with straightforward scandals such as one of its priests killing his parishioner. Father Gratien Alabi was recently sentenced to 27 years in prison for the murder of Guerrina Piscaglia, a 50-year-old devout attendee of Alabi’s church in the village of Ca Raffaello.

Piscaglia was last seen on May 1, 2014, when she left her house for a walk. Right off the bat, police looked into Alabi, initially suspecting him of aiding and abetting Piscaglia’s kidnapping or murder.

However, further inquiries made it clear to authorities that the Catholic priest was, in fact, responsible for the woman’s death. A large number of phone calls and text messages between the two led police to believe there was a relationship between the priest and his parishioner.[8] A search of his computer revealed Alabi had photos of nuns in sexual poses, although he claimed they were all sent voluntarily. 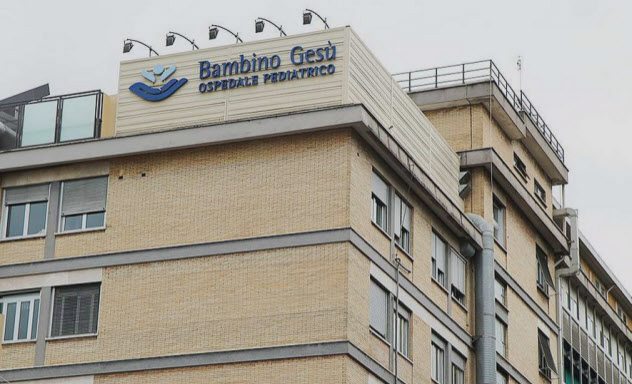 Earlier this year, the Associated Press (AP) uncovered two private investigations conducted by the Vatican in 2014 and 2015, respectively. They focused on the Bambino Gesu Children’s Hospital in Rome, one of the Holy See’s extraterritorial properties.

The first investigation initially concluded that the hospital’s main priority became profits instead of proper health care. Among the allegations made public by AP were: overcrowding and poor hygiene leading to infectious outbreaks, improper usage and storage of disposable equipment, and bringing patients out of anesthesia too quickly to maximize operating room turnover.

At the beginning of July 2017, hospital officials called the AP report a hoax. A week later, former hospital president Giuseppe Profiti and ex-treasurer Massimo Spina were in Vatican court on embezzlement charges. However, they stood accused of using close to $500,000 in donations to the hospital’s foundation to renovate the private apartment of Cardinal Tarcisio Bertone.[9]

Bertone served as Cardinal Secretary of State between 2006 and 2013, making him the second-highest-ranking official in the Vatican during that time. His luxurious apartment is located in the San Carlo Palace inside Vatican City.

The cardinal denied any knowledge of or involvement in the matter. Meanwhile, Profiti claimed that the renovation was an investment as the apartment will be used for fundraising events. One Vatican insider claimed the tribunal was the work of Pope Francis looking to weed out corruption in the hospital. 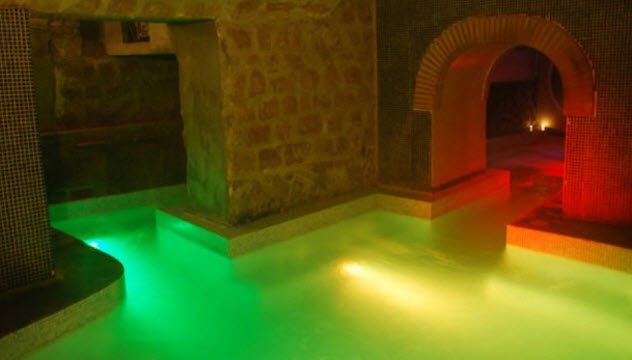 The Catholic Church had an interesting topic to discuss during the Papal Conclave of 2013—their recent real estate deal. The Vatican spent approximately $30 million for a share in apartment blocks at 2 Via Carducci in Rome.

Several members of the Church have apartments there, including the head of the Congregation for Evangelisation of Peoples, Cardinal Ivan Dias, who lives in a lavish 12-room apartment. In fact, his residence is just a floor above the Vatican’s newest acquisition—the largest gay sauna in Europe.[10]

The establishment is called Europa Multiclub and is considered one of the most famous gay hot spots in Italy. Taking advantage of its newfound fame, the sauna advertised “bear nights” using Bruno, a hairy, overweight “pastor of souls” who strips to “expose body and soul” before changing into a priest’s outfit.

The press later observed that the Vatican purchased the new property using tax breaks granted by the Berlusconi government. It is now recognized as an official part of the Holy See.

Read about more scandalous behavior at the Vatican on 10 Scandals That Rocked The Vatican and 10 Fascinating Bastard Children Of Popes.