Although brothels and prostitution have been around since the dawn of time, they enjoyed a sustained period of growth—a golden age, if you will—throughout much of the 19th and early 20th centuries, particularly in the New World of America.

There are many indirect consequences and outright bizarre facts as a result of the brothel’s popularity during this time. And some of them are not the first thing that might come to mind when thinking of so-called “houses of ill repute.”

10 It Was Often (And Bizarrely) The Better Option For Women 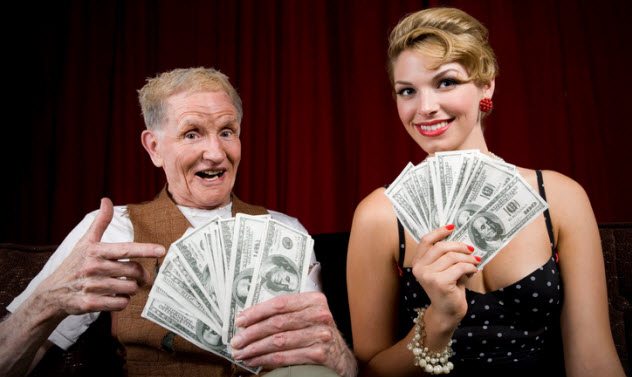 Back then, women had no legal right to property and only minimal opportunities for employment in grueling factories or in the service of wealthy families. (Neither paid very well.) So working as a prostitute, particularly in a brothel, was often the preferable option, and certainly one that made the most financial sense.

Not only were these prostitutes guaranteed a roof over their heads, but they also earned more money in a day or evening than ladies working in a factory made in an entire week. In addition, the prostitutes had independence that other women simply did not have at the time, even though it wasn’t recognized legally.[1]

In fact, it wasn’t at all unheard-of for these women to accumulate enough wealth to own substantial amounts of land. Particularly in the western United States, some even funded industrial building and irrigation projects. In short, women working as prostitutes in 19th-century America were among some of the highest earners and most influential people in the country. 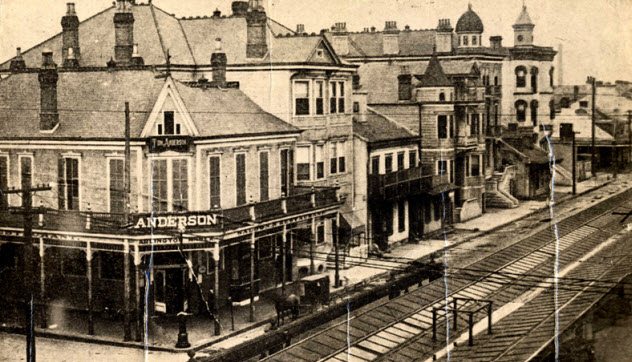 As brothels spread—particularly in the southern states—they unintentionally helped to break down racial barriers, if only in a small way.

Although New Orleans, for example, strictly enforced racial segregation in almost all areas of the city, there were no such boundaries in a small block called Storyville, where prostitution and brothels were decriminalized. Not only were black prostitutes available, but there was also more crossing of cultures in general. This occurred with sex workers, those who worked as general staff or club entertainers, and, to a lesser degree, members of the public who used the services available there.

However, it should be noted that this wasn’t a two-way operation. White men were free to choose white or black prostitutes, but black men were permitted to conduct business with black prostitutes only.[2] In fact, although it would appear to be a step in the right direction, arguments have been made that this “one-way” arrangement shows another exercise in control as much as anything else. 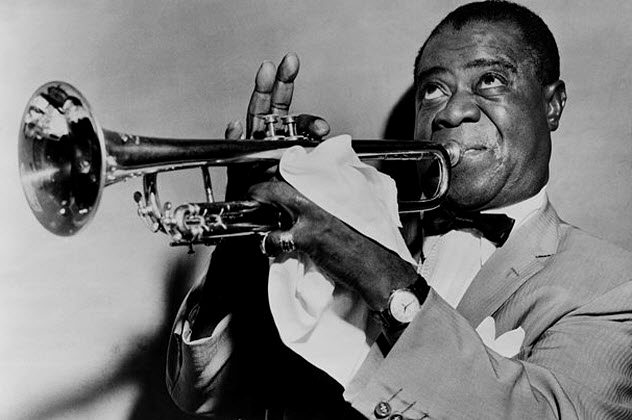 Many other industries felt the financial and exposure benefits of brothels. Staying in Storyville for a moment, many white clientele were exposed not only to black women but also to black music—in particular, jazz.

Eventually, even those not using the services of prostitutes or visiting brothels began to take notice of such new music and other entertainment from the black community.[3]

As more cities around America—both officially and unofficially—looked to emulate the “success” of Storyville, the exportation of jazz music to all corners of the United States began to gather pace and eager listeners. There were many famous names to come out of this era, with Louis Armstrong perhaps the most famous of all.

Before making a name for himself onstage around the world, Armstrong first trod the boards in Storyville. As a young man, he even worked by hauling coal to the rooms of the establishment’s performers.

7 It Was A Million-Dollar (Underground) Industry 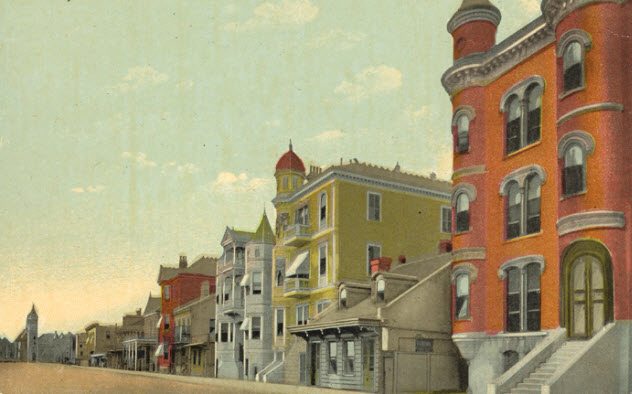 Brothels were found in every big city. As Americans began to enjoy leisure time by visiting theaters or saloons, brothels unofficially acted as support businesses—often just a stone’s throw away from these more “accepted” pastimes.

Each industry would feed the other, all unofficially with a nod and a wink, of course. The sheer organization of individual brothels and how they networked with each other and interlocked with other areas of business and leisure ensured the highest profits possible.[4]

There was even considerable effort to make the industry more accessible for potential customers. Perhaps one of these was the issuance of The Gentleman’s Handbook—essentially a guide to brothels, how many prostitutes were available, and even where to purchase condoms (which, at the time, were made from sheep’s intestines and were extremely uncomfortable). 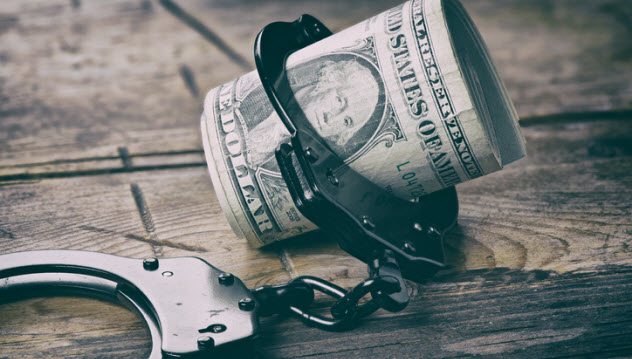 Although prostitution and, in turn, brothels were illegal for much of the 19th and 20th centuries, police forces often turned a blind eye to such establishments—providing their eye had something else to focus on, usually a form of financial compensation.

In some cases, women who operated independent of brothels were not immune from paying the “fee” to be able to ply their trade. Once it was known that a woman was working as a prostitute, a landlord was sure to extort as much as possible in rent from his client. That is, if he was “kind enough” to rent to a single woman (and many would not).[5]

It worked both ways, however. Especially if the police force was becoming too much of a problem, brothel owners or prostitutes would often threaten public exposure for some of their more well-known clients within the forces or those who might have influence over them. 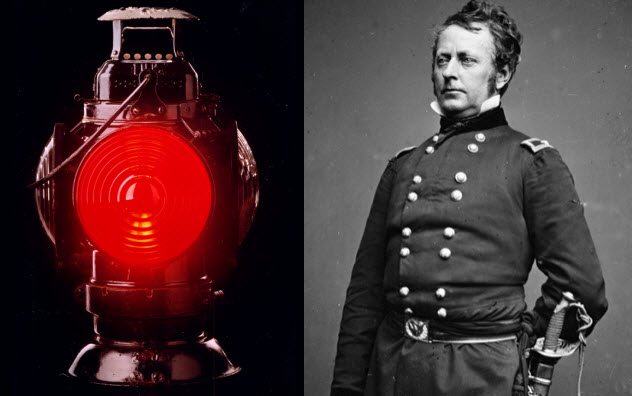 Although the origins are disputed by many, terms such as “red-light district” and “hooker” in reference to prostitution are argued by some to have come from the blurry lines of the sex trade in 19th-century America.

As more families moved to the initially male-dominated environment of the frontier towns, brothels and prostitution were generally forced to locate in restricted areas. It is claimed by some that the term “red-light district” comes from the railroad workers who left their “red lights” outside brothels when visiting them.[6]

The term “hooker” is said by some to have originated from the activities of General Joseph Hooker, who enjoyed the company of prostitutes. Others contend that the term was connected to a red-light district in Washington that was in Joseph Hooker’s territory and became known as Hooker’s Division. Hence, the term “hookers” was given to the kind of ladies with whom Joseph Hooker would associate.

4 Alternate Currency And Other Tricks Of The Trade 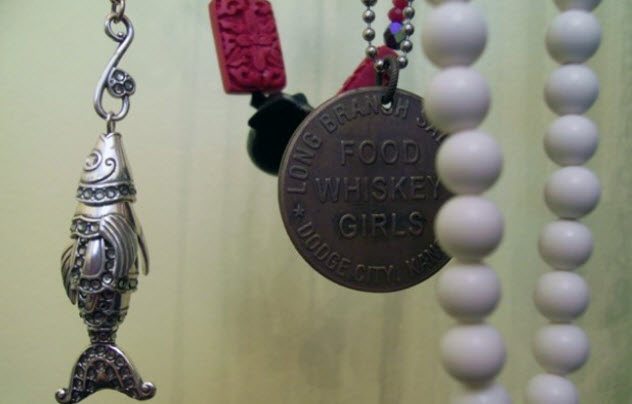 Robberies were rampant in and around brothels, particularly those dealing with “lower-end clients.” As a result, many prostitutes would only deal in alternate currency—possibly tokens that could be used in saloons for food and drinks or that could be redeemed at pharmacies for “cosmetic” products.[7]

As part of the culture and environment, there was a need for prostitutes to stand out from one another, essentially to make themselves look attractive. There were various ways that they achieved this, but none of them were beneficial for the women’s overall health.

Prostitutes would often place drops of whiskey in their eyes, which would both sting and harm their vision, but it would also give their eyes a glassy shine that made them look “angelic.”

These women would also eat “complexion wafers” that contained arsenic. Why? The arsenic would kill off red blood cells and so give the girls’ skin a pale look that was preferred by men and regarded as feminine at the time.

3 Many Brothels Had Their Own Doctors 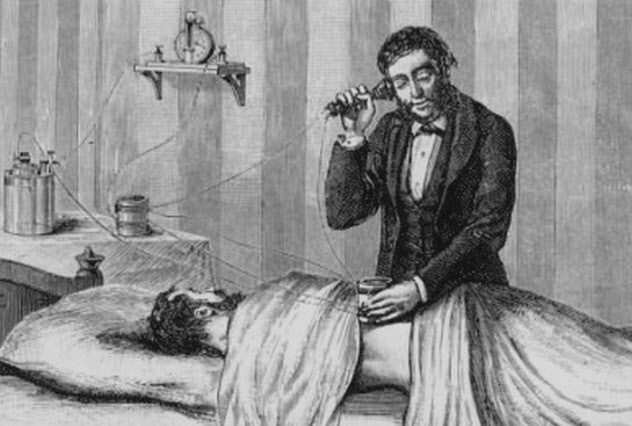 Many brothels, particularly those with a more “upper-class” environment, had their own doctors on-site and available just about any time of the day or night. As much as this was to screen the prostitutes and ensure that they were free from any disease, it also served to do the same for clients. Books like The Gentleman’s Handbook stated clearly which brothels did and did not have a doctor available on-site.

For the physicians themselves, the work served as an easy way to make extra money for their services.[8] For the more sinister medical professionals, it was also ammunition to be used at a later date to “convince” (blackmail) a colleague or person of influence who had been treated for an embarrassing ailment that such a disorder would connect that person to the use of prostitutes.

2 Key To The Frontier Towns And The Wild West 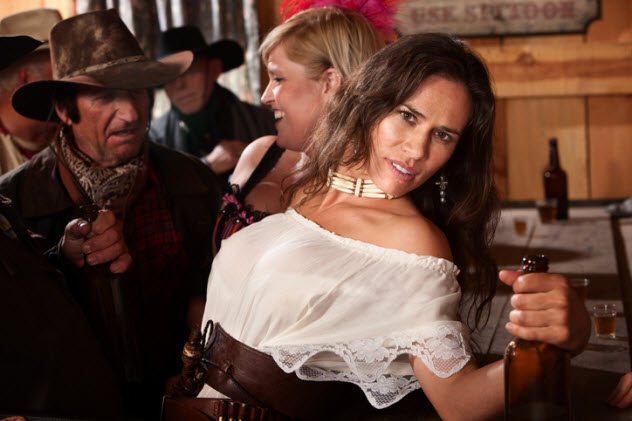 As many Americans moved to the regular work and promised land of the West, towns would spring up out of nowhere almost overnight. With this sudden growth of the United States came prostitution and brothels.

Many prostitutes offered more than sexual services to the men of the Wild West. These women also took on the role of wife (in all but marriage) by taking care of the men. Prostitutes kept their men clean and tidy, made sure the men ate regularly, and did other things to keep the men generally healthy.[9]

Although prostitutes were paid for their services, you could argue that many of the women working in these towns were, in their own way, as responsible as the men for building America into the modern collection of metropolises that it is today.

1 The ‘Infamous’ Dumas Hotel In Butte 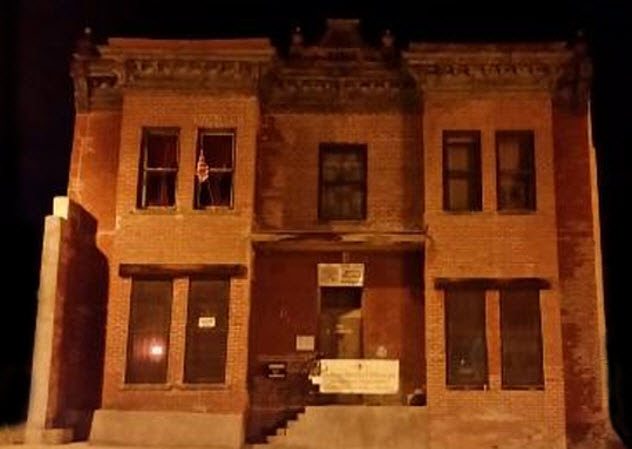 Of the thousands of brothels that operated in the 1800s and early 1900s, the Dumas Hotel (aka the Dumas Brothel) in Butte, Montana, was one of the most notorious.

The Dumas Hotel was separated into three levels. The bottom floors serviced general workers. This was for the “less attractive” girls and for clients who literally paid by the minute.

The middle floors serviced the general run-of-the-mill clients, while the upper floors were for those who had more money, influence, power, or all three. In fact, it was not uncommon for these clients to enter the brothel undetected via secret tunnel systems under the town.

In fact, it is claimed that the Dumas Hotel was also different because they guaranteed that they could “smuggle” a client out of the building, if necessary, whether the man was running from the law or his wife.[10]

Read more fascinating stories about prostitutes on 10 Fascinating Madams From The USA’s First Brothels and 10 Tales Of Prostitutes In War And Espionage.