These days, a blood transfusion is considered to be a standard and safe medical procedure due to the advancements in medicine that have occurred within the last century. But it wasn’t always that way. Before the 20th century, there were bizarre, unimaginable, and horrendous attempts to understand the circulatory system and the techniques to save one’s life. 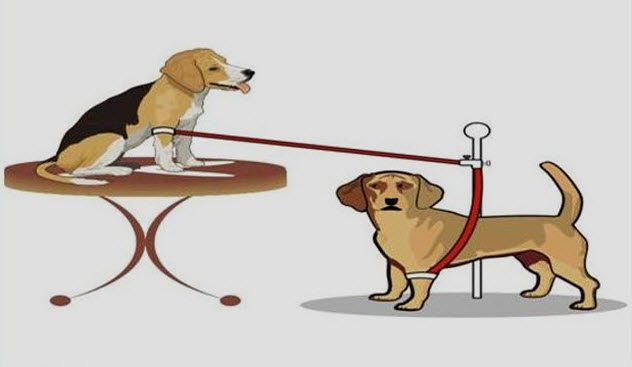 In the 17th century, human blood was regarded as “the essence of life and useful only for its alleged psychic effects.” Because of this belief, nearly 200 years passed until whole blood was used as replacement therapy on a British woman who was suffering from postpartum hemorrhage.

Years of experimentation preceded such medical advances with various liquids taking the place of blood. The first intravenous injection occurred in London in 1657 when Christopher Wren injected ale and wine into the veins of a dog.

The canine became intoxicated, and the experiment was considered to be a success. Eight years later, the first animal-to-animal transfusion occurred when Richard Lower used two dogs as the subjects of his research.[1]

After bleeding a petite dog nearly to the point of death, Lower opened the artery of a large mastiff and transfused the exsanguinated animal back to life. In doing so, Lower demonstrated that transfusions were vital for the restoration of the circulatory system. This led to a series of experiments throughout Europe for the next three centuries. 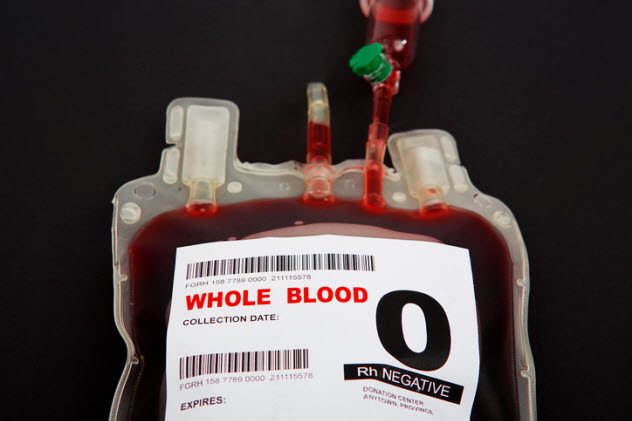 More often than not, blood transfusions led to disastrous outcomes prior to the discovery of blood typing in 1901 by Austrian physician Karl Landsteiner. This medical breakthrough saved the lives of countless men fighting in the trenches during World War I.

However, direct and instantaneous transfusions in the battlefield were necessary for survival. Throughout the next two decades, scientists pondered how to sufficiently store blood for later use as opposed to finding an immediate and matching source.

By 1930, Soviet scientists Vladimir Shamov and Sergei Yudin found that blood from corpses could be preserved for a brief period. However, the viability was still in question.

On March 23, 1930, Yudin performed the first transfusion using cadaveric blood into a live patient. The procedure proved to be successful albeit objectionable given the source. Nonetheless, refrigerated blood centers were established throughout Russia, paving the way for the modern practice of prolonged storage of canned blood.[2] 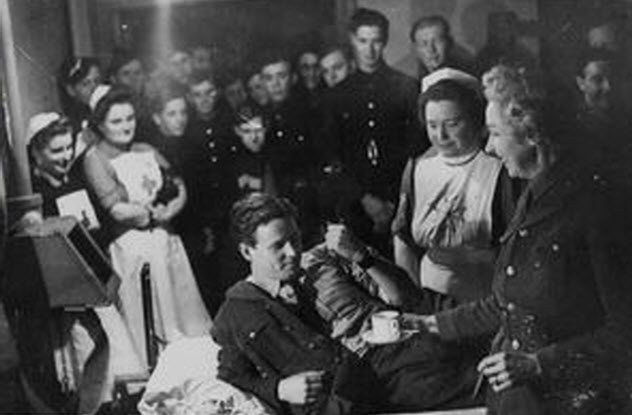 Three years later, the United States determined that they were unable to transport US-donated blood by air to Europe or Africa, causing a shortage for US Allied forces. As a result, Whitby was faced with the arduous task of having to supply blood for all military personnel during a period when blood stores were being exhausted.

To ensure that US soldiers would not bleed to death on the battlefield due to British troops having priority, President Franklin Roosevelt threatened Winston S. Churchill with bankrupting the British Empire. Roosevelt’s blackmail did not fall on deaf ears as Churchill gave the order to use Britain’s blood supply to meet the demands of the West.

This continued until spring 1945 when all the Allies became proficient at long-range transportation and storage of whole blood. In all, 100,000 pints were transported overseas. The events that transpired during this time evolved into a national Blood Transfusion Service, ultimately earning Brigadier Whitby the status of knighthood.[3] 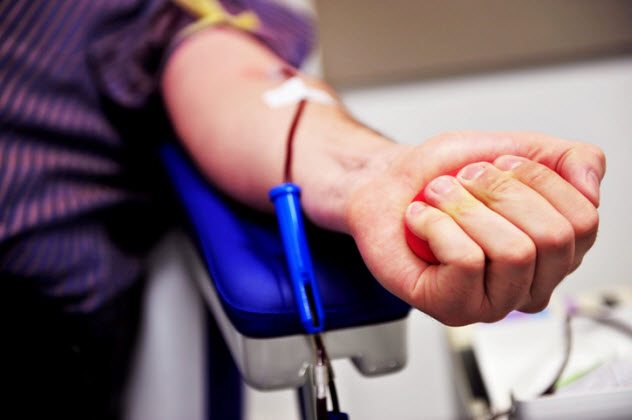 In 1984, HIV was identified as the cause of AIDS, three years after the first case was reported. The following year, US blood banks began implementing screening tests to detect the virus. The technology, however, was not up to par to detect particular viral antigens and antibodies.

By 1993, the number of living people in the United States who had contracted AIDS through a blood transfusion was 1,098. This brought to light the public’s vulnerability to a disease few knew much about, destroying the perception that HIV/AIDS was solely a homosexual illness. What emerged was a growing hostility toward government and public institutions, challenging every aspect of the country’s health infrastructure including biomedical and behavioral research.[4]

Despite present-day advances in effective HIV testing methods, even the most sensitive screening technologies for donor blood fail to detect the virus during the first week post-infection. According to the CDC, of the 16 million blood donations that occur each year, approximately 11 infectious blood donations and 20 HIV-positive blood components are released to hospital and public blood banks. They could potentially infect many recipients. 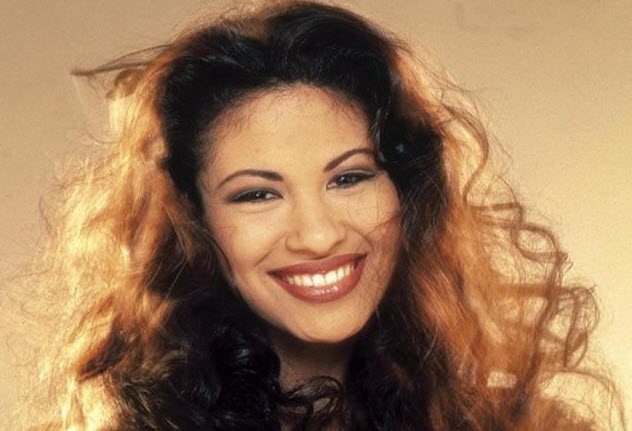 When rising Tejano star Selena was shot by Yolanda Saldivar in March 1995, questions arose as to whether her death could have been prevented. According to court documents, as the 23-year-old bled to death, her father argued with physicians against a blood transfusion due to their Jehovah’s Witness beliefs. Nonetheless, doctors administered three liters of blood to save the dying singer but to no avail.

Such tragic yet preventable cases are commonplace among Jehovah’s Witnesses who believe that accepting another person’s blood is as much of a sin as having an extramarital affair. According to their interpretation of the Book of Acts, one who doesn’t comply with the Scripture can be cut off from their loved ones and denied resurrection.

This belief has led to countless unnecessary deaths of faithful followers across the United States. Just as Jehovah’s Witnesses have the right to deny a transfusion, physicians have the right not to operate if the surgery involved cannot be performed safely without a transfusion. According to thoracic surgeon Lyall Gorenstein, the potential for massive bleeding without the option of transfusion is like being a trapeze artist with no safety net.[5] 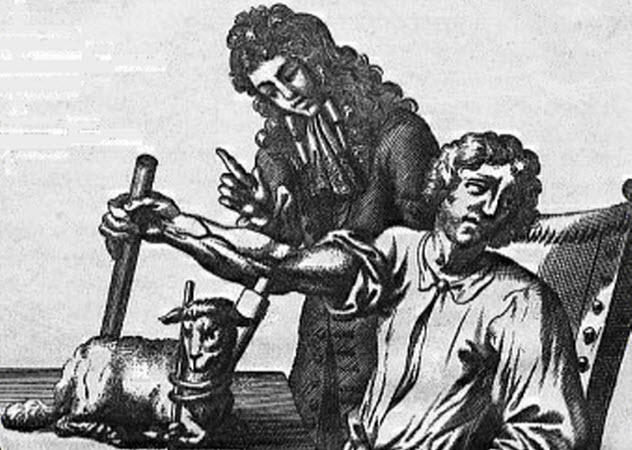 In 1667, a 15-year-old boy in France was bled profusely in an ironic attempt to improve his health. Unfortunately for the juvenile, he was now suffering from severe blood loss in addition to his other ailments. This prompted Dr. Jean-Baptiste Denys to perform the first documented transfusion to a human using sheep’s blood.

Amazingly, the boy survived. So did a second subject whom Dr. Denys paid to experiment on. The third candidate, Antoine Mauroy, was not as fortunate. Mauroy, a mentally ill Parisian who roamed the streets in the nude while screaming obscenities, was coerced by Dr. Denys to undergo the transfusion.

After being transfused three times with calf’s blood, Mauroy was pronounced dead and Dr. Denys was charged with murder. Following a lengthy trial, the physician was exonerated and it was ruled that no more human transfusions could be carried out in France without the approval of the Paris Faculty of Medicine.[6] 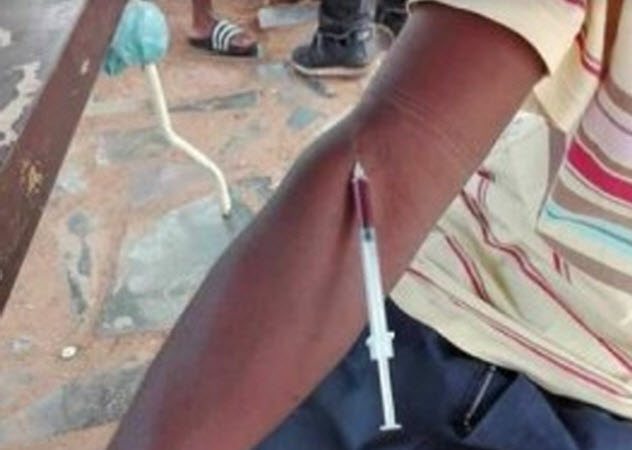 In the township of Delmas in Mpumalanga, South Africa, drug dealers roam the streets in broad daylight while the number of addicts grows by the tens of thousands. These days, nyaope is the region’s drug of choice due to the potency and incredibly cheap cost of only $2 a hit.

Although one can smoke the white powdery substance—a mixture of marijuana, low-grade heroin, rat poison, and cleaning detergents—more often than not, it is mixed with water and injected to achieve longer-lasting effects.

Those who cannot afford nyaope, which is said to be one of the most lethal drugs in the world, find solace in fellow addicts willing to share. The generous method of distributing one’s high involves “transfusion of blood from an already high addict to a fellow addict.”[7]

If the number of deaths due to overdose wasn’t high enough, the staggering number of HIV cases continues to grow due to such morbidly innovative techniques. According to Dr. David Bayever of the Central Drug Authority, 15 percent of South Africans abuse narcotics while 50 percent of children have experimented with drugs. 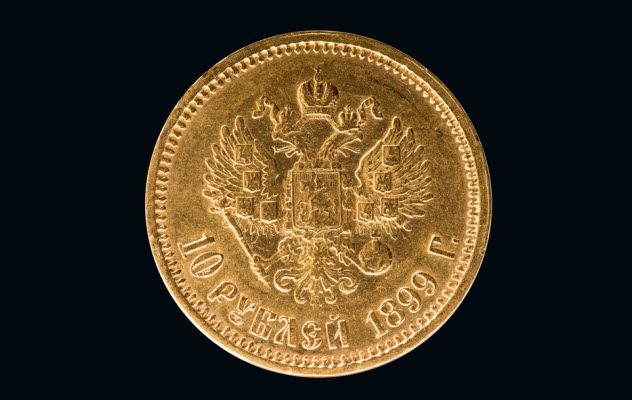 Prior to the discovery of intravenous circulation in 1628 by William Harvey, it was believed that ingesting another individual’s blood would be beneficial in both a health and spiritual context. During the days of the Roman Republic and the Roman Empire, spectators would drink the blood of dying gladiators in the belief that their bravery and strength would be transferred to these spectators.

Perhaps the most absurd scenario based on this archaic and erroneous belief was said to have occurred in 1492 when the first recorded attempt of a blood transfusion was chronicled by Stefano Infessura. After Pope Innocent VIII fell into a coma, Infessura noted that three 10-year-old boys were each promised a ducat (gold coin) in exchange for their blood.

As the children were bled, the blood was transferred to the pontiff through the mouth. Not surprisingly, the procedure was unsuccessful, leading to the deaths of all three boys as well as the Pope.[8] 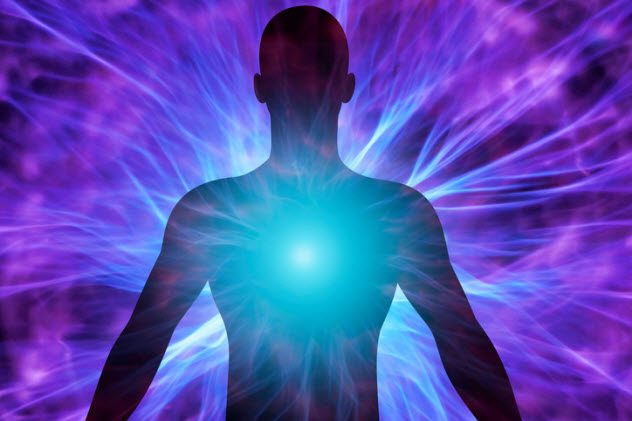 As we have discussed, the first blood transfusion to a human was conducted in 1667 by Dr. Denys using sheep’s blood. The choice of a sheep was not random. It also wasn’t due to convenience and availability in a moment of crisis.

In fact, various animals were used as blood sources based on particular factors pertaining to both the animal’s and the human’s specific characteristics. In the 17th century, it was believed that receiving foreign blood would alter one’s soul, causing the recipient to adopt distinct traits that the donor had exhibited in life.

Therefore, the physicians conducting such experiments sought to find a balance between two different personalities to produce a more even-keeled individual. If a patient who required a transfusion was known to have a tempestuous spirit, the ideal animal chosen would be a gentle lamb whose blood was believed to bring calm to an agitated soul.

On the other hand, if the patient was reserved or timid, blood from sociable creatures would be chosen in an attempt to make the shy person more gregarious.[9] 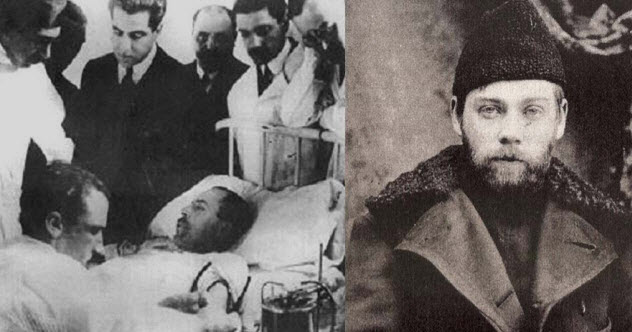 In the 17th century, a German physician suggested that to unlock the fountain of youth, one would have to be transfused with “the hot and spirituous blood of a young man.” This notion was accepted and practiced by Soviet physician Alexander Bogdanov in 1924 when he began injecting “young blood” into his own veins.

Bogdanov, who is said to be the founder of the world’s first institution devoted entirely to the field of blood transfusion, concluded that he had discovered an effective method of extending one’s life. In fact, with every transfusion Bogdanov gave himself, he insisted that his health was definitely improving.

In his naive attempt to become immortal, the Soviet doctor’s luck eventually ran out when the blood he had transfused into his body was tainted with malaria and tuberculosis, causing his death. Interestingly enough, Bogdanov’s theory may not have been too far from the truth as shown by a 2014 study published in Nature Medicine.

According to researchers, young blood plasma given to aged mice sharpened the rodents’ fear responses, spatial learning, and memory. The study concluded that blood may actually have rejuvenating properties that can improve one’s ability to learn and think.[10]