Look in your cupboard. What do see? What about that sharply dressed man you passed in the street? Your answers to the previous questions probably weren’t, “An armory,” and, “A heavily armed maniac.”

Warfare and the quest to protect ourselves from criminal elements has seen us manipulate normal things and recreate them into weapons. This listicle contains ten of these dual-purpose items. They are not merely disguised weapons used for covert activities, since they still retain their primary purposes. 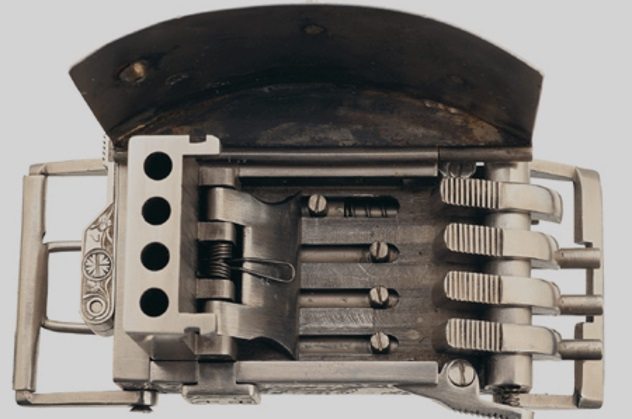 The buckle pistol was said to have been made for top Nazi officers as their last line of defense if they were ever captured, although there are also claims that it was made for Nazi agents. It could be fired in two ways. One was by pulling a hidden spring that opened the buckle and exposed the barrels before firing the moment the wearer pretended to surrender. The other was by pressing a catch to expose the barrels before pulling on individual triggers to fire the shots. Twelve of the pistols were made, but it is unlikely that they were ever used in combat. Today, they are highly valued collector’s items.[1] 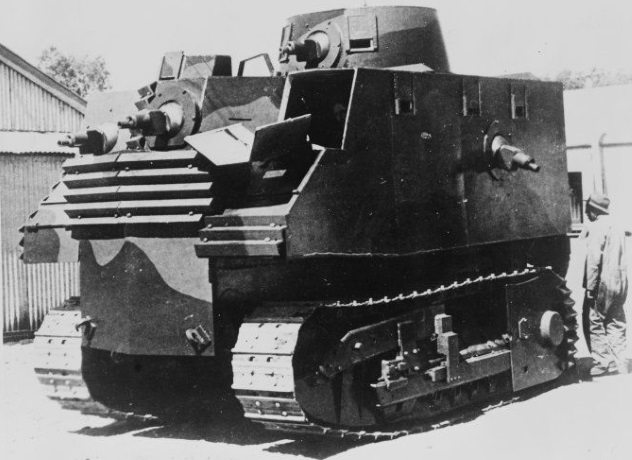 New Zealand and Australia quickly realized three things when World War II broke out: First, they were under the threat of a Japanese invasion. Second, neither had the capability to produce heavy weapons to repel such invasion. And third, Britain and the United States were too busy arming themselves to spare them some weapons.

This dire situation forced New Zealand to look into building its own weapons. One such device was the Bob Semple tank, which in every practical sense, wasn’t even a tank. It was a Caterpillar bulldozer converted into a tank. “Converted” means that metal panels were added, along with six machine guns.

Only a handful of Bob Semples were built. The “tank” had a crew of eight, whose weight, along with that of the guns and the metal panels, left it with a pitiable speed of 24 kilometers per hour (15 mph). The vehicle was also too tall at 3.7 meters (12 ft) and needed to be brought to a full stop before its gears could be changed. Japan never invaded New Zealand, so we never found out how badly the tank would have performed. However, it showed that New Zealand was determined to defend itself against Japan at all costs.[2] 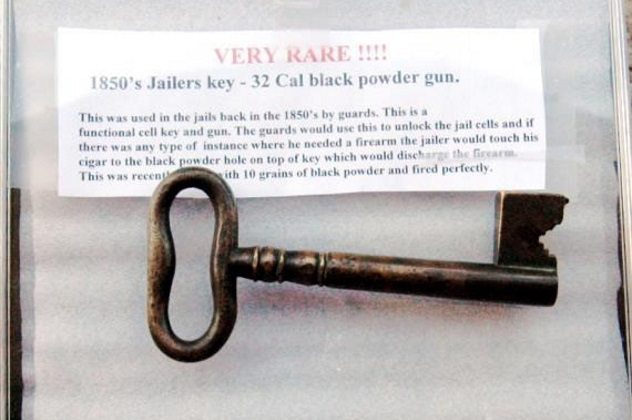 There is no mention of the single-shot key guns ending prison breaks, since they were as impractical as they were weird. First, the gun lacked any sights, which automatically made accuracy a big issue. Then, it could only be fired whenever a lit cigar was used to touch the gunpowder hole at its rear. This meant the guard either had to be smoking (even if he wasn’t a smoker) or have a cigar at hand, which he could quickly light before the prospective escapees got to him.

The third problem was that the prisoners trying to break out were instinctively going to try grabbing the key, even if they didn’t know it was a gun. The inventors later came up with another variant that included a trigger and no longer required the guard to smoke a cigarette. Yet, it changed nothing and even worsened the situation, since the wannabe escapees, after grabbing the key, would realize that they had a gun in their hands.[3] 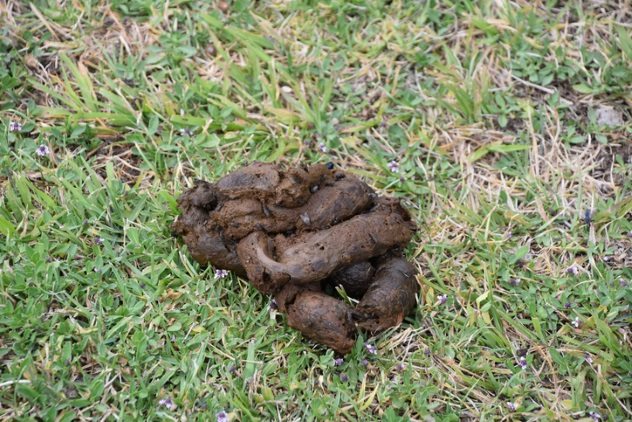 Human poop has been used in warfare for millenia. The Scythians engaged their enemies with arrows poisoned with a mixture of viper venom, human blood, and human feces. In the 12th century, the Chinese invented a bomb that contained a deadly mixture of gunpowder, poison, and poop. Later in the Middle Ages, some armies fired the waste of plague victims into besieged castles with the aim of infecting its inhabitants.

Poop was also used during the Vietnam war when Viet Cong fighters made booby traps out of the sharpened ends of punji sticks smeared with feces. The bamboo-poop booby traps did not immediately kill American and South Vietnamese troops, but they did cause serious infections that could lead to death.

Of recent, in 2009, a Russian man by the name of Aleksandr Georgievich Semenov filed a patent for a “Method of Biowaste Removal From Isolated Dwelling Compartment.” Let’s not let the name distract us; it’s actually a specialized tank shell that has space for poop. The idea is that a pressed tank crew would poop inside the explosive-filled round before inserting it in their gun and firing it at the enemy. Semevov says the shells provides “additional military-psychological and military-political effects,” but we all know he’s merely trying to invent a method of adding poop to injury.[4] 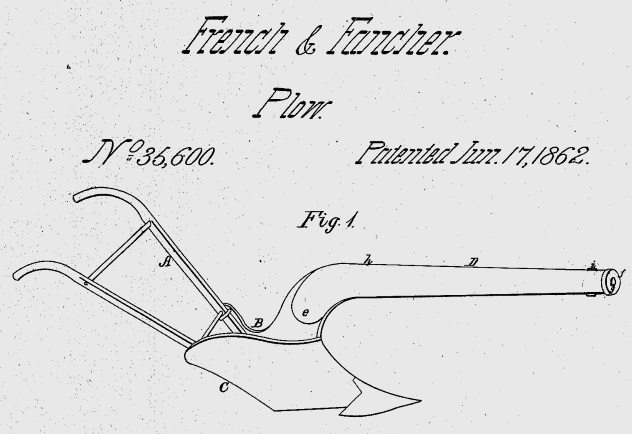 During the US Civil War, Union farmers living near the border between the North and the South endured countless raids by Confederate soldiers. To solve this problem, in 1862, W.H. Fancher and C.M. French came up with the “New and Improved Ordnance Plow,” which is actually a creative name for a farm plow with a gun. The idea was that a Union farmer could easily aim his plow—and consequently, his gun—at Confederate troops if they ever attacked while he was plowing his farm.

The weapon was never built, since it was the definition of impracticability. Besides, the Confederates weren’t idiots and would quickly realize that the plows were deadly weapons. Since they wouldn’t have been able to tell whether or not a plow had a gun from afar, they would definitely have shot at every farmer with a plow irrespective of whether or not it was weaponized.[5] 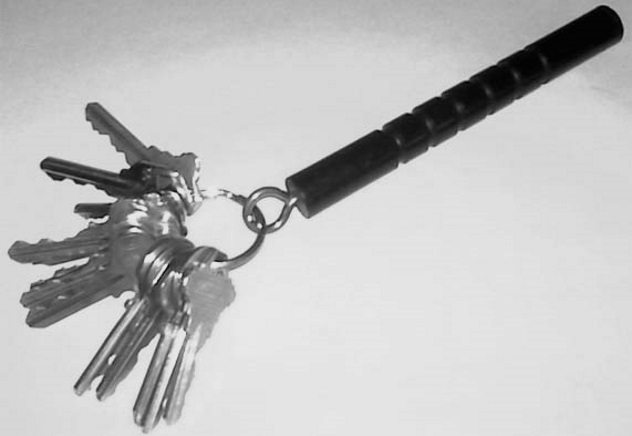 The Kubotan is a 14-centimeter-long (5.5 in) key chain/baton that was invented by Takayuki Kubota in the 1960s. It is used for hitting sensitive parts of the body and holding attackers in agonizing locks.

The Los Angeles Police Department took interest in the weapon in the 1970s and even had Kubota train its female officers on its use. The weapon soon earned the secondary purpose of “dealing with” stubborn suspects. It was so good at this role that it was nicknamed the “Instrument of Attitude Adjustment.” Other security agencies like the FBI and the CIA have also adopted the Kubotan for personal defense and possibly “adjusting” the attitude of stubborn suspects.[6] 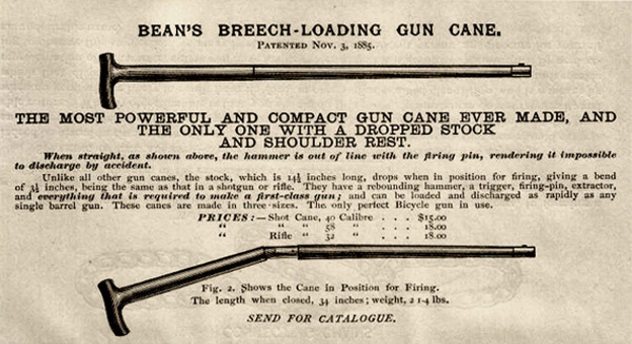 Etiquette of the 1850s demanded that a gentleman walk around with a cane. However, in the same 1850s, carrying a a cane was a clear sign of affluence, which made the gentlemen perfect targets for the many criminals crawling the streets. This led to the invention of dual-purpose walking canes that also served as sword sheaths. That way, a gentleman could quickly remove the sword from the cane and engage any criminal who attacked him in a sword fight.

Cane swords were soon superseded by cane guns, which were just what they sound like. The most famous of these guns was a .31-caliber variant produced by Remington Arms in 1858. Another cane gun featured a handle that could be used as a buttstock.[7] 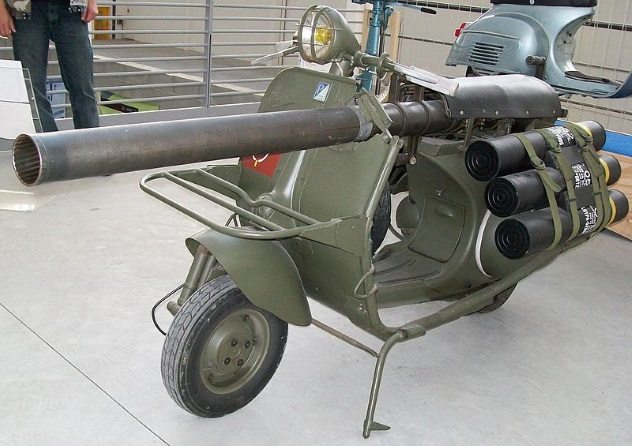 France faced several insurgencies in its Algeria and Indochina (today’s Vietnam, Laos, and Cambodia) colonies in the 1950s. The insurgents had the habit of attacking French interests and leaving before the French military could mobilize sizable forces with heavy weapons. France’s solution to this was a militarized version of the Vespa scooter. It was called the Vespa 150 TAP and was exclusively made for French airborne special forces. Carried on the scooter was an M20 recoilless rifle and several rounds of ammunition.

The idea was that the scooter could quickly be dispatched and airdropped to provide heavy firepower for the lightly armed French airborne forces. The weapon was not fired from the scooter but was offloaded and set up on a tripod before being put into action. About 500 of the scooters were made, and they proved more than a match for the insurgents, yet they were never used outside Algeria and Indochina.[8]

2 A Helmet Gun That Doubled As A Cooking Utensil 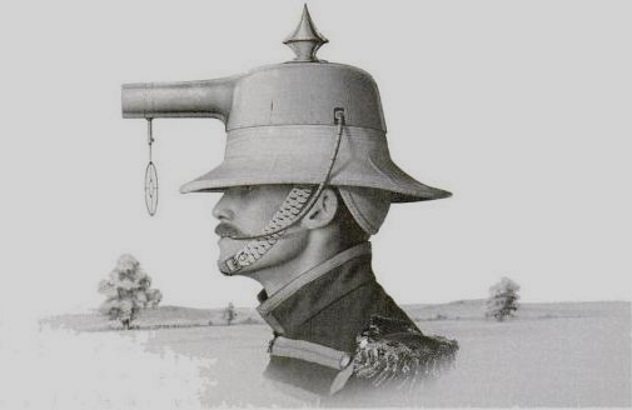 During World War I, Albert Bacon Pratt of Lyndon, Vermont, created an improved firearm no one asked for. The “improvement” here was the addition of a gun to a helmet to create what he called the “helmet gun.” The helmet gun lacked a trigger and instead required the operator to blow air into a tube to discharge its bullets. Targeting was automatic, since the gun was aimed at anyone or any direction the operator was facing.

Automatic targeting wasn’t a good idea, but it wasn’t even the main problem with the gun. That was the recoil, which could have injured the shooter’s neck. Pratt, however, claimed he had this covered by including a spring inside the helmet that counteracted against the kick. 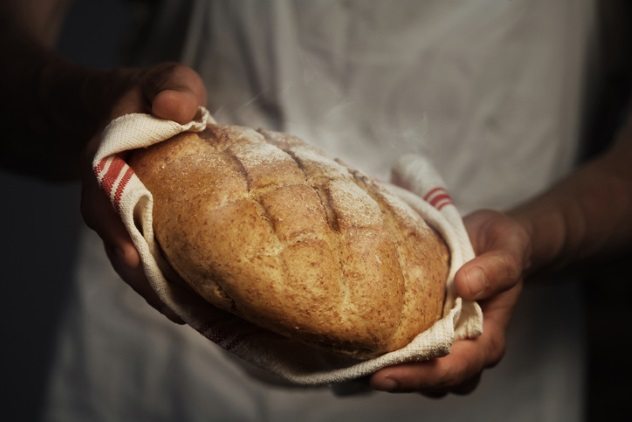 During World War II, George Bogdan Kistiakowsky, a soldier and scientist working for the Office of Strategic Services (OSS), the forerunner to the CIA, developed an edible baking flour that doubled as a bomb. The flour was called Aunt Jemima, after a popular brand of flour sold in the United States, and was a mixture of normal baking flour and a deadly explosive called HMX.

Aunt Jemima could be baked into bread or muffins like normal flour and eaten, even though resistance fighters were severely warned against doing so, since it could cause serious stomach upset. It was supplied to Chinese resistance fighters during the war and was intended for use against the occupying Japanese forces.

Read more about innocuous-looking death dealers on 10 Ordinary Things That Can Be Terrifying Weapons and 10 Bizarre Murder Weapons.