It is fairly common these days to see people demanding “more democracy” or proclaiming that “this is what democracy looks like” at rallies, protests, and riots. At its base, “democracy,” which comes from demos (“people”) and kratos (“power”), simply means “rule of the people.” The Greek origins of the word highlight the fact that ancient Greece, specifically Athens, bequeathed democracy to the world.

However, when modern people shout for “democracy,” what they are really demanding is direct democracy within a parliamentary framework. Such a system owes more to the British tradition than the ancient Greek example. Indeed, if one were to recreate ancient Athenian democracy in the modern world, many would cry “fascism!”

All told, the murky history of democracy contains many inaccuracies or unknown facts. The following 10 examples show that commonly held beliefs about the democracy of ancient Athens are not, in fact, correct. 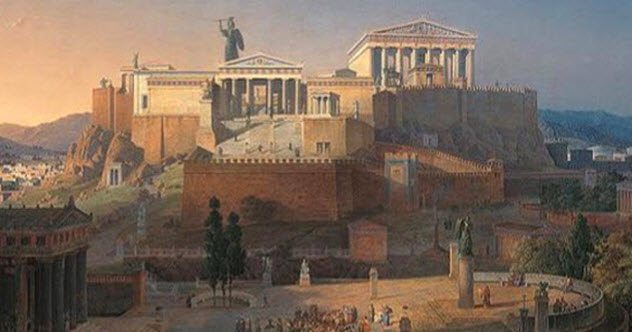 The old aristocrats of Athens distrusted the hoi polloi. Their sentiments were later echoed by the Roman patricians and the framers of the US Constitution. For the most part, the aristocrats believed that the ability to cast votes in Athenian elections had to be severely restricted to a certain segment of the population. In particular, propertied men who served in the Athenian military were the only ones allowed to vote.

However, thanks to the reforms of demagogues and tyrants, suffrage rights were eventually expanded. In the wake of Solon, Athenian aristocrats claimed that all men above age 20 could vote. This roughly translated to 10 percent of the overall population.[1] Two of the largest demographics in the city—women and slaves—never earned the right to vote. Concerning the latter, this meant that a full 40 percent of the city’s population was barred from voting.

Finally, the last great restriction on Athenian democracy was the issue of citizenship. Only Athenian citizens could vote in any election. This meant that the sons of non-Athenian mothers or fathers were disenfranchised. 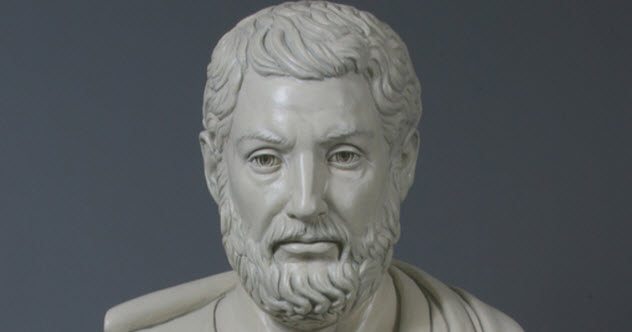 One of Athens’ greatest statesmen was Cleisthenes, the city’s archon from 525–524 BC. Cleisthenes is often considered the primary founder of Athenian democracy due in large part to his support for the popular Assembly against the wishes of the powerful Athenian aristocrats.

Ironically, Cleisthenes himself was a noble and a member of the prestigious Alcmaeonid family.[2] This family produced some of the most powerful tyrants in Athens during the Archaic period of Greek history.

Cleisthenes’s reforms proved crucial in making citizenship, not tribal affiliation, the gateway to suffrage. Again, there is grand irony here. After all, Athens eventually ruled that only the sons of Athenian parents could vote. Such a law would have barred Cleisthenes from voting because his mother was a citizen of Sicyon. 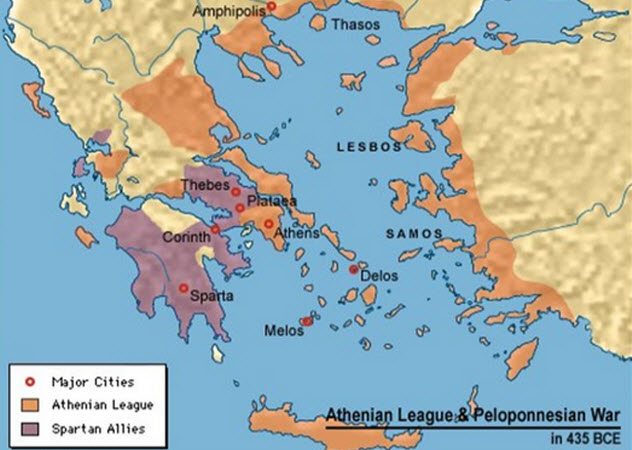 Many people have the foolish notion that “true democracies” make a poor bedfellow with imperialism. The history of Great Britain, the chief proselytizer of parliamentary democracy and the largest imperial power ever, should be enough to dissuade people from the idea that democratic nations cannot also be conquerors.

Indeed, Athens can be correctly called the first democratic empire in history. Although the Athenian Empire was officially called the Delian League and was supposedly a confederation of pro-Athens city-states, the league was nothing more than an imperial project.[3]

The Delian League got its start after the Greek victory against the Persians at Salamis in 480 BC. Because the Athenian Navy played an outsize role in the battle, several city-states agreed to a mutual security alliance headed by Athens and headquartered at the island of Delos.

At its height, some 200 city-states belonged to the league. Most states paid annual tributes to Athens. For its part, Athens used the league to advance its growing commercial and colonial empire in the Mediterranean. The Delian League would eventually be called upon to fight the Peloponnesian War against Sparta, Athens’ greatest rival. 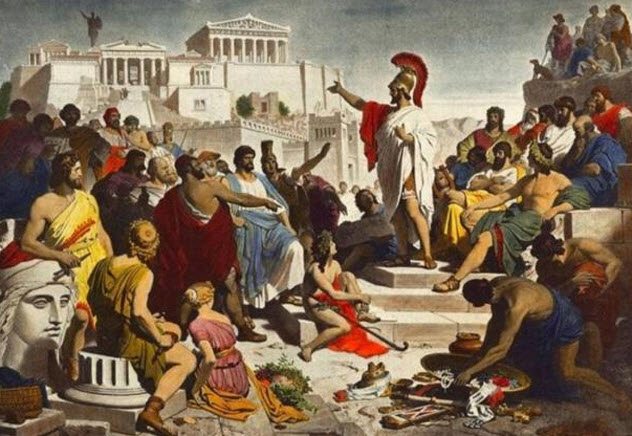 Athens was far from the first Greek city-state to try to implement democracy. Athens’ greatest rival, Sparta, was also a democracy. Long seen as the militaristic and authoritarian antithesis of Athenian democracy, the government of Sparta established the first democratic constitution in world history. By most accounts, Sparta’s democratic constitution predates its Athenian cousin by anywhere from 50 to 200 years.

The one major difference between Sparta’s democracy and the one put in place in Athens was the position of the monarchy. Whereas Athens lacked a monarchy, the Spartan constitution kept the monarchy but sharply limited its powers.

Similarly, the Spartan model contained both a Council of Elders, which included the city-states’ two hereditary kings and 28 elected representatives, and a lower house designed to promote the interests of the Spartan populace.

While Sparta’s brutal military regime and its vicious slavery system would not be considered terribly democratic today, this warlike city-state can legitimately claim to be the first participatory democracy in mainland Greece.[4]

6 Other Democracies In Greece 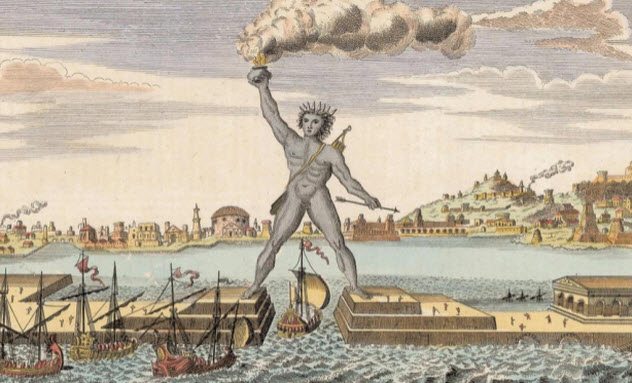 There were other democracies besides the ones in Sparta and Athens. Two of the more famous cases can be found in Argos and the island of Rhodes. The Argive democracy only lasted from 470 to 460 BC. But in that short time, Argos won a reputation as a thoroughly democratic city-state.

Even the great Greek dramatist Aeschylus sang the praises of Argos by making the city’s eponymous hero a major populist (“the people, which rules the city”).[5] However, despite such glowing portrayals of Argos, the city undertook its own campaign of conquest, which included the cities of Tiryns and Mycenae.

Outside the mainland, democracy flourished on the island of Rhodes. Best known for its “Colossus” statue, Rhodes was a democratic state with a long history prior to its war with Athens (known as the Social War).

The great Athenian orator Demosthenes sang the praises of the free Rhodians, and yet it was Athenian imperialism that likely turned Rhodes away from democracy and toward oligarchy. Rhodes’ unfortunate history of conquest (first by the Persians, later by the Macedonian army of Alexander the Great) and poor alliances (with Athens and Sparta) doomed its longstanding democracy. 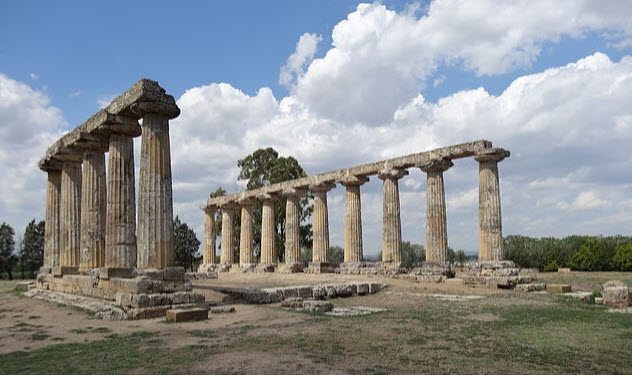 The democratic city-state was not the exclusive property of the Greek city-states. However, the few democracies outside Greece were all populated by Greek colonists. In Sicily, the major Greek city of Syracuse briefly flirted with democratic governance.

Although best known for its despotic tyrants, Syracuse actually experienced a civil war in which its tyrannical ruler was overthrown. Quickly thereafter, a democracy was established in the city, which was the largest and most powerful of all the Greek city-states in Sicily.[6]

Syracuse, which had been founded by Greek colonists from Corinth, had help, however. The city’s democratic rebellion was aided by other Sicilian city-states, including Acragas, Himera, Selinous, and Gela. Syracuse’s democracy was also imperial in nature and controlled much of Sicily’s southeast. Similarly, Syracuse’s democracy included a large slave underclass made up of non-Greek natives called Sicels.

To the north, another Greek city-state was also democratic. Now located in the Italian province of Matera, Metapontum was an older Greek colony established by Achaean settlers. The city quickly became a commercial powerhouse and may have been the very first democracy in the entire Greek world. Long after the fall of Athens, Metapontum maintained a sense of vigorous independence, even going so far as to support Hannibal during the Second Punic War. 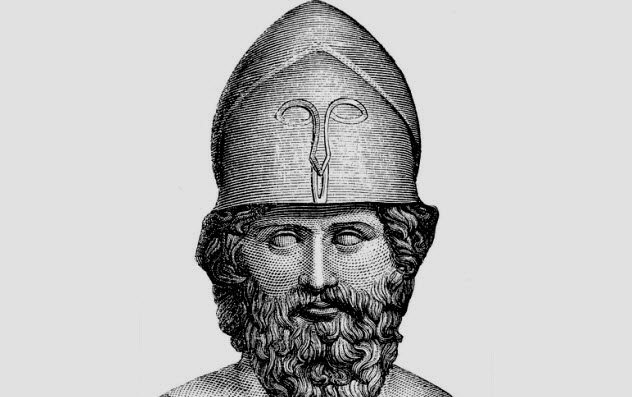 Warfare was nonstop in ancient Greece and simply a fact of everyday life for Greek citizens. As such, Greek city-states often found it logical to nominate politician-generals and politician-dictators during times of crisis.

In Athens and elsewhere, the strategus was a military officer elected to perform several different tasks, not all of them purely military in nature. Athens even had a council of 10 strategi during the city’s transition from a tribal community to a city based on citizenship.[7]

Above the strategus were the archons. Although a generic term for leaders, archons were the leading magistrates of Athens who were tasked with making huge civil and military decisions. The archon basileus was the chief leader in charge of sacrifices, while the archon polemarchos was the general whose vote was considered decisive during any internal debates. 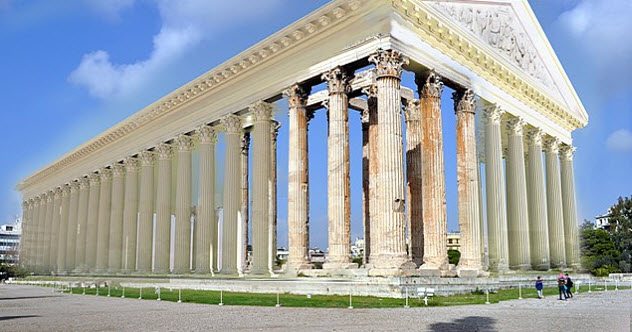 For all the praises that have been heaped upon ancient Athens, the “Golden Age of Greek Democracy” did not last long at all. At most, Athenian democracy reached its peak between 480 and 404 BC.

During that time, Athens was the undisputed master of the Greek world, with colonies as far away as Spain and Crimea. Athens was also the most prosperous Greek city in terms of actual wealth and cultural prestige.

Athens was home to great poets, playwrights, and philosophers. Among such luminaries were Sophocles, Plato, Socrates, Euripides, and Aristophanes. Athens also boasted of engineering marvels such as the Temple of Olympian Zeus and the Acropolis.

Unfortunately, this “Golden Age” fell due to the hubris of Athens. First, the successful army of Sparta defeated Athens during the Peloponnesian War. Next, after a widespread rebellion against Spartan rule, Athens enjoyed a second life as the chief power in Greece.

However, a disastrous invasion of Sicily orchestrated by Alcibiades weakened the Athenian Navy to the point of no return.[8] By the fourth century BC, the backwater kingdom of Macedonia successfully conquered most of Greece and became the chief distributor of Hellenic culture throughout Africa and Asia.

2 The Importance Of Tyrants 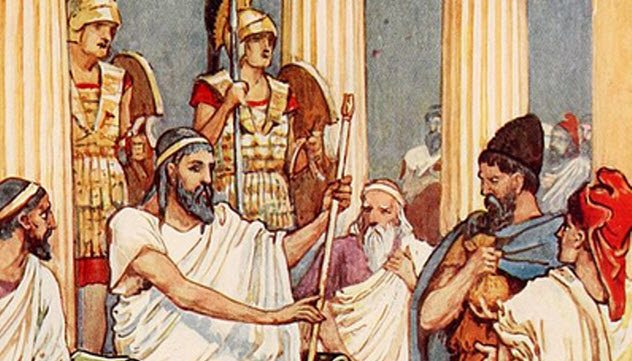 Many people see tyrants as the complete opposite of democracy. After all, the most infamous tyrants of the 20th century were all antidemocratic, whether they were communists like Joseph Stalin and Pol Pot or fascists like Benito Mussolini and Adolf Hitler. Such revisionist history blinds us to the truth that tyrants and demagogues have often furthered the democratic project better than elected officials.

This was certainly the case in ancient Greece. The poet-tyrant Solon produced sweeping reforms in sixth-century Athens. Among them, Solon introduced the liberalization of slave laws (which freed many slaves), attempted to rebalance political power between the aristocrats and the poor majority, and created a new class system in Athens based on earned income. He did all this with a mandate from the people of Athens.[9]

Solon’s other major reform was the creation of the Boule, a council of 400 Athenian men that operated like a modern-day senate. The other great democratic tyrant was Peisistratos, who championed the lower class of Athens. Looking back, one can see early shadows of democratic populism in the cases of both Solon and Peisistratos. 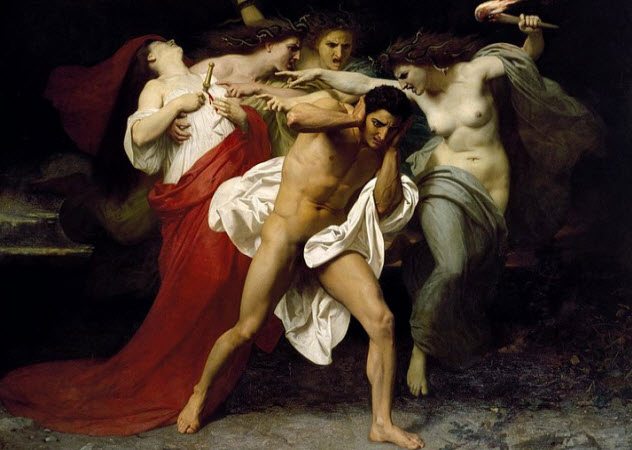 Before the age of democracy, ancient Greece was a mostly tribal society where the rule of law did not go far. Indeed, in terms of justice, blood feuds were often used to settle disputes. Such feuds could go into perpetuity.

Then, sometime in the fifth century BC, a Greek tragedian named Aeschylus composed his Oresteia trilogy. The three plays—Agamemnon, The Libation Bearers, and The Eumenides—depict pre-democratic Greece as a frightening, blood-drenched place.

The plays concern the house of Agamemnon, the hero of the epic Greek poem The Iliad. After Agamemnon is murdered by his wife, Queen Clytemnestra, his son, Orestes, returns to Argos to avenge his father. Orestes ultimately kills his mother, thus unleashing the female Furies.[10]

In the final play, Orestes’s crimes are put on trial. The goddess Athena decides in his favor, and the Furies are pacified and sent to the underworld. Overall, the Oresteia celebrates the new culture of democratic law. It has also been seen as an intentional propaganda tool designed to convince retrograde Greeks about the superiority of law, the Athenian constitution, and the court system.