Whatever their secrets, whether they’re dark and deadly or merely harmless rituals and beliefs for members only, the influence that Freemasons had on the (sometimes literal) building of the United States is widespread and far-reaching. To some people, particularly those in conspiracy circles, that is not a coincidence. If you believe their version of events, neither are the connections of Freemasons to positions of power throughout US history.

Manly P. Hall stated clearly in his book, The Secret Teachings of All Ages, that the US was nothing less than a “Masonic experiment,” designed to allow Freemasons to “dominate the world.” Considering the world from which they were escaping—one in which religious dogma still influenced all aspects of life—whether their experiment was a noble one or not is perhaps based on your own perspective . . .

10 The US Constitution Is Based On Masonic Writings 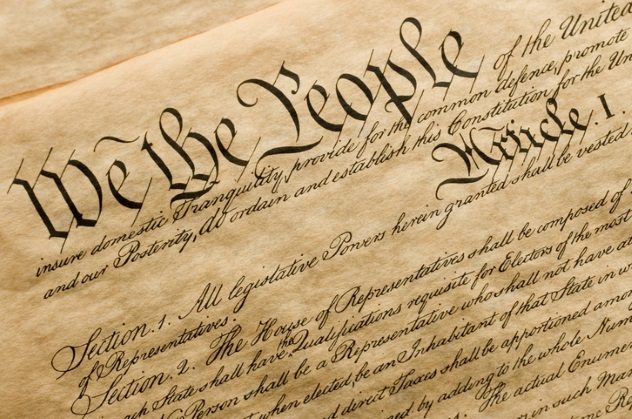 The Constitution of the United States has many links to the writings of British Freemason James Anderson in his 1723 book The Constitutions of the Free-Masons, which was edited and reprinted by Benjamin Franklin (himself a Freemason) eleven years later in 1734.[1] It is largely agreed that this was the first Masonic book to be printed in the United States, and its influence on many notable Americans of the time is seemingly profound.

In terms of the US Constitution, which came into effect in March 1789, some sections appear to have been lifted in their entirety from the Masonic text—particularly those concerning free speech, rights to citizenship, and each man having a vote. Given the claims made by Manly P. Hall that we mentioned above, it is perhaps easy to see why some would make the connections when an ideal that had been applied in private lodges in Europe was now seemingly being employed on a much larger scale across an entire country. 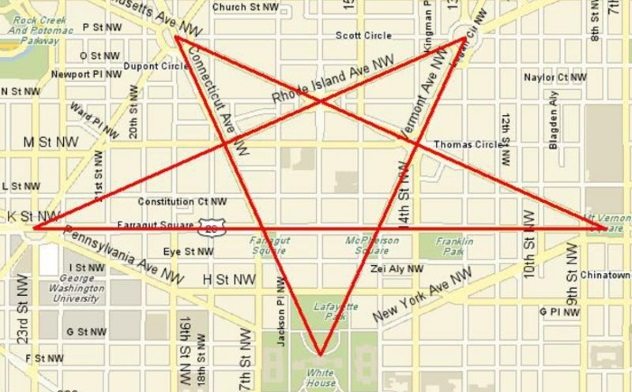 The layout of America’s capital city is certainly intriguing, not solely because of the precise measurements, symmetry, and angles involved in the planning of the streets. According to some, the entire layout of the city makes up Masonic symbols—in particular the Goathead Pentagram, more associated with Satanic cults.[2]

Whether this “design” is intentional or not is very much open to debate, as is whether or not Satanism is something that is indulged in by the Freemasons within their walls, a charge often leveled against Masonic lodges.

8 Is The Capitol Building A ‘Rebuild’ Of Solomon’s Temple? 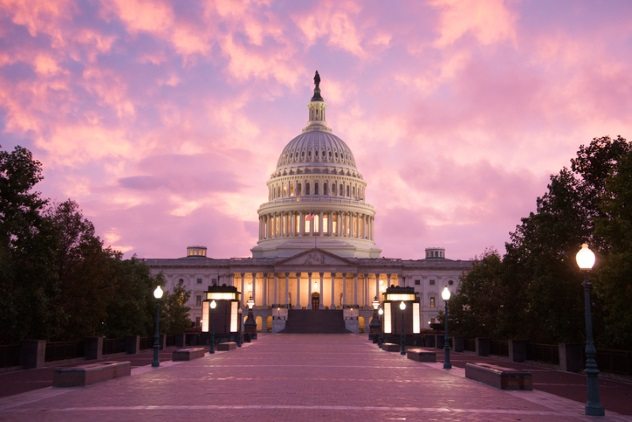 Further to the apparent Masonic influence of the overall layout of Washington, DC, are claims that the Capitol Building is not only itself awash with symbolism but is also a “rebuild” of Solomon’s Temple, an American, Masonic version of it.[3]

Inside the building, under the dome, is a detailed painting of George Washington, where he is portrayed as a deity—described as “the American Christ.” Interestingly, Jesus’s own divinity was often portrayed the same way. The cornerstone of the Capitol Building was also put into place only after a full Masonic ritual had been conducted, presided over by President George Washington, no less.

What’s more, the Capitol Building’s surroundings are strikingly similar to other suspected (by such theorists) ancient Masonic locations. Perhaps most notable are the similar layouts of the Washington Obelisk across from the dome of the Capitol Building and the obelisk in St. Peter’s Square in Vatican City. 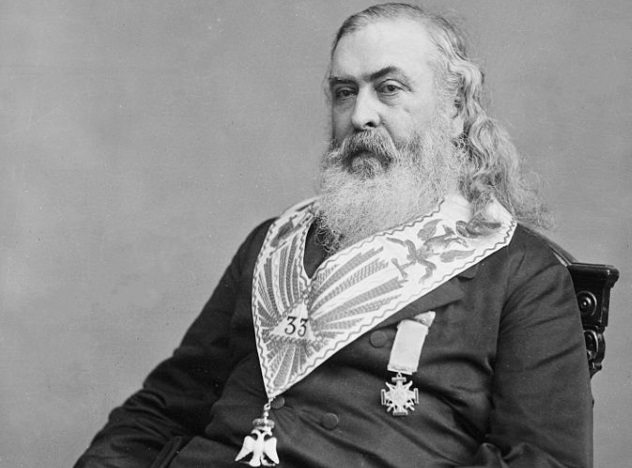 A controversial figure in US history (perhaps even more so in the current political climate of 2017) is Albert Pike, who served as a general for the Confederate Army during the Civil War. He was also a well-known, even revered, Freemason and a person of huge influence in such circles.[4] In fact, at the time, Pike was head of the Scottish Rite in the Southern Jurisdiction.

Pike also has (unproven) connections to the Knights of the Golden Circle, a group that was a forerunner of sorts to the Ku Klux Klan (which Pike was also accused of helping to form) and would assist the Confederacy during the internal conflict. Some accusations even claim that Pike was a rampant Satanist, which, given the Masonic connections and apparent Satanic layout of Washington, DC, is perhaps not that much of a stretch of the imagination—if you buy into the secret society theories, that is.

One more interesting controversy regarding Albert Pike is an apparent horde of gold, buried away since the end of the Civil War. Although this gold has never been recovered—as far as anyone knows—legend states it was stashed at the end of the war, perhaps in the event that the Confederate Army might rise again.

6 The Masonic Ceremony Of The Cornerstone Of The White House 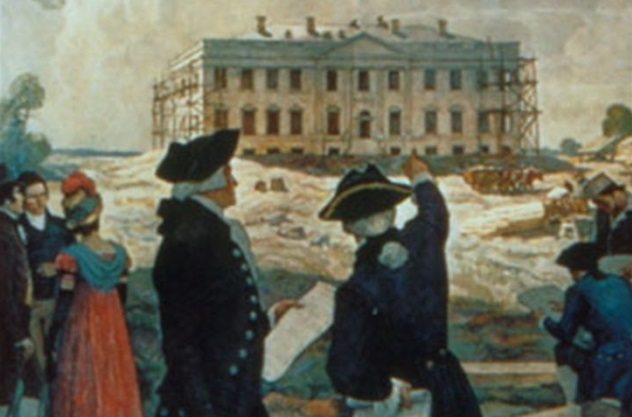 Interestingly, the original cornerstone’s whereabouts are claimed to be unknown. The story goes that following the completion of the ceremony, those involved took the opportunity to raise a drink to the start of the new build. It appears they raised quite a few, as the following morning, their collective memories were so hazy that no one could remember the actual location of the prized cornerstone.

During the presidency of Harry Truman in the late 1940s, while the White House underwent renovations, an effort was made to locate the missing stone, although to best of anyone’s knowledge, these searches were all unsuccessful.

5 The Inauguration And The President’s Oath 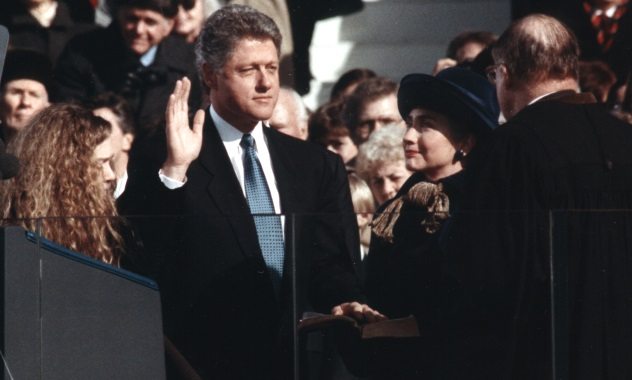 Photo credit: Executive Office of the President of the United States

During the inauguration of each US president, they will take the oath on a Bible. The reasons for this lie largely with George Washington, who, when preparing to take the oath, stated that he must have a Bible to do so, in line with his (Masonic) beliefs and the rituals thereof.[6]

The story goes that someone was sent to St. John’s Masonic Lodge No. 1 in New York to borrow their copy of the Bible so that George Washington could take the oath, and this has been replicated ever since, with several presidents (including George Bush and Bill Clinton) even rumored to have used the very same Bible as George Washington. Needless to say, both Bush and Clinton have ties to various secret societies. Perhaps not surprisingly—at least to some—a grand total of 14 US Presidents throughout history were known Freemasons, with the most recent being Gerald Ford.

4 Many Founding Fathers Were Freemasons 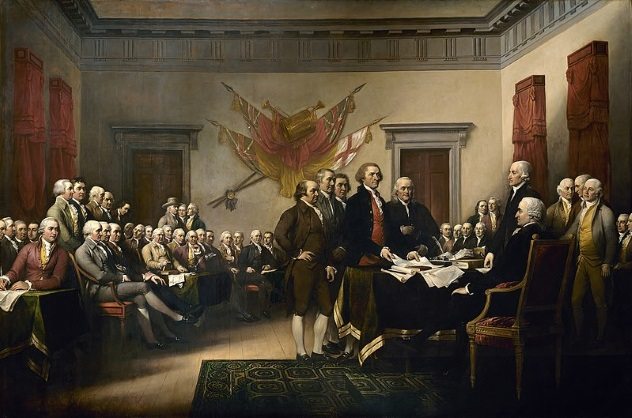 While 14 US presidents being known Freemasons accounts for about a third of all presidents in US history, the proportion of the Founding Fathers of the United States who were Freemasons would bear similar numbers.[7]

For example, of the 39 men who signed their name to the United States Constitution, 13 were known Freemasons. Several years earlier, a total of 56 men would sign the Declaration of Independence, nine of whom were Freemasons, including such widely respected US historical figures as John Hancock and Benjamin Franklin.

Franklin in particular is regarded as an immensely important figure in America during this time, and although he didn’t serve as president, his influence on the US as a whole was just as great. He was considered the top scientist in America and a key “intermediate” for politicians. He is also the only person to have signed his name to the Declaration of Independence, the Constitution, and the Treaty of Paris. 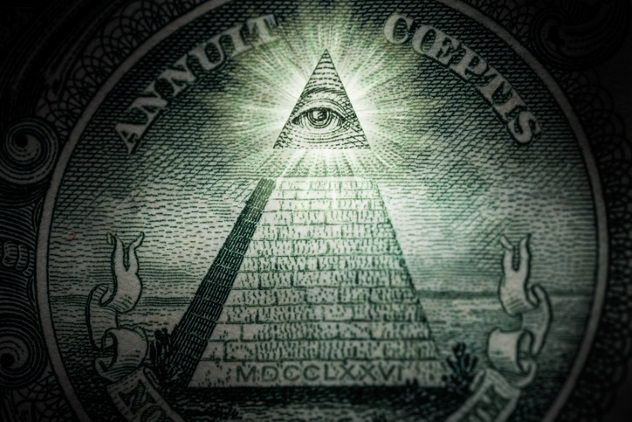 There are many apparent links to ancient Egypt in American society. Some will tell you that this shouldn’t come as a surprise, given what they believe to be direct links to esoteric knowledge of the Freemasons, passed on through generations and across land itself, going all the way back to the “secret society schools” of ancient Egypt.[8]

We mentioned the Washington Obelisk earlier in this list, which is, of course, connected to the many obelisks of ancient Egypt. The “all-seeing eye” on top of a pyramid is present on every dollar bill—said to be a key symbol of the Freemasons (and in turn, the Illuminati)—goes all the way back to ancient Egyptian culture and the all-seeing eye of Ra. A lot of the architectural features of Washington, DC, in particular the columns, are inspired by Greek architecture, which itself was influenced by ancient Egyptian society.

How genuine these ties are is open to debate. Some claim they were embellished somewhat during the 1800s, when a turn in public opinion against Masonic lodges resulted in declining numbers in their ranks. In order to make the Freemasons more appealing, such “mysticism” was used to bolster numbers, as well as the Freemasons’ own profile. There is arguably a degree of truth to each of these stances. 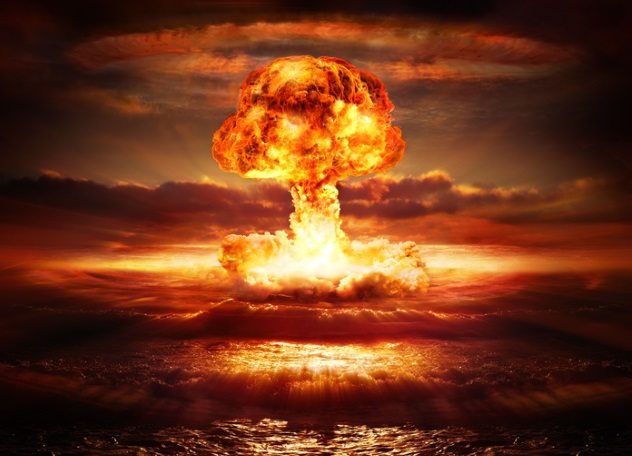 Perhaps one of the most controversial (and bizarre) theories to come out of the founding of the United States is the Masonic Doomsday theory—and it’s one that even the most ardent conspiracy theorists have difficulty swallowing.[9] That being said, it is an interesting take on historic events, and it’s certainly worth including here, if only in a “Reader’s Digest ” format.

In its absolute most basic form, the theory offers that the signing of the Declaration of Independence in 1776 began a cycle of 13-year periods, which, when matched up against the dimensions of the Great Pyramid and longitude lines of the Earth, correspond to key events in history. Oh, and it’s counting down to 2022, when something will happen, be it the end of days or the start of a new age.

To say that understanding this theory is difficult would be more than an understatement, but then again, perhaps that is the point, whether to genuinely hide knowledge or to bamboozle people enough to pull the wool over their collective eyes. 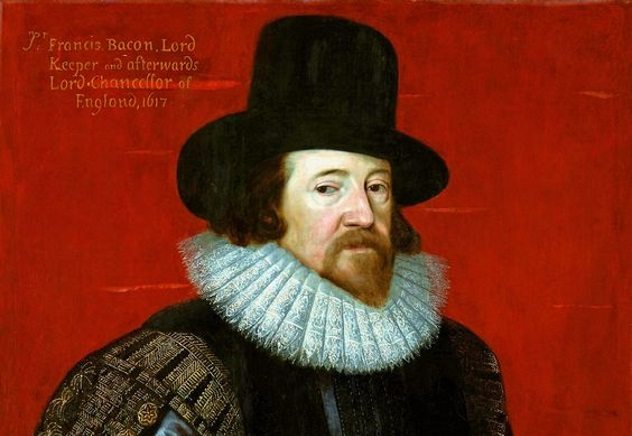 According to Thomas Jefferson, Sir Francis Bacon was “one of the three most influential people on the planet.”[10] A known Freemason and member of various secret societies, Bacon is regarded by some researchers to be the “real founding father of America.”

Bacon was a keen researcher of esoteric knowledge, and it was his vision to create a “new Atlantis” and “Utopia” in the Americas. Although Bacon was prominent in British politics, he would send his son to America to be his “eyes and ears” in the new land. It is claimed that it was the teachings of Bacon that would result in his vision being realized through the Founding Fathers’ actions.

A Newfoundland stamp, revealed in 1910, had the following inscription on it: “Lord Bacon: the Guiding Spirit in Colonization Scheme” This would seem to suggest that his influence on the New World was profound, to say the very least.