Researchers are inquisitive creatures. They leave no stone unturned. Especially the weird ones. In recent times, studies were sprung on volunteers and the unsuspecting alike.

Tests to determine their neuroticism, honesty, and appreciation of bad jokes were borderline strange. The answers even more so. They also threw the common cold at cancer, considered chocolate’s extinction, and took Godzilla’s growth rate very seriously.

10 Correct Way To Pet A Cat 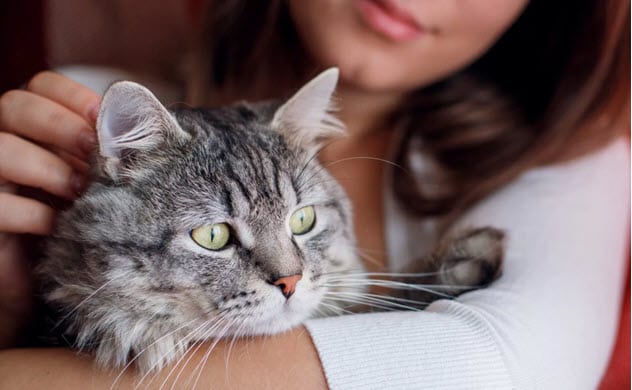 Some cats are confusing. One second, they love having their heads scratched. The next, they claw irritably at their owners to make them stop. A recent study blamed their ancestry.

Felines have been mewing for a saucer of milk for the past 4,000 years. While cozying up to humans, their genes stayed similar to those of their ancestor the African wildcat. As domesticated as cats are, one foot stays firmly planted in their feral past. This clashes with human nature. People touch their pets to show affection. The African wildcat is solitary and actively avoids its own kind.

The cat must be in the driver’s seat. The study found that when kitties initiated bonding, they allowed their owners to bestow physical affection upon them for longer. They also enjoy having their chins, ears, and cheeks scratched, although not as much their backs, stomachs, or tail bases.

The owner must also watch his fuzzball’s body language for negative signs and then back off. In the end, it all comes down to respecting your cat’s wild-at-heart boundaries.[1] 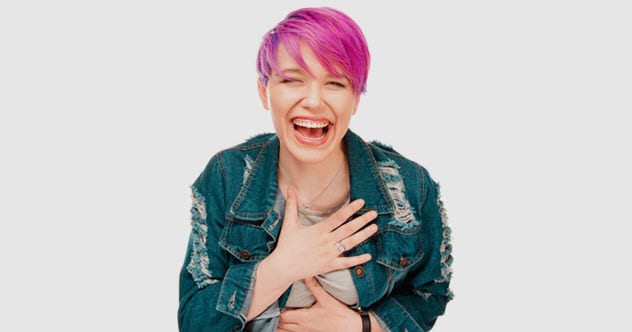 Television critics are not fond of laugh tracks. They view it as a decades-old relic that should have disappeared with the time’s bad actors and mundane story lines. However, viewers still hear laugh tracks as a cue to comedy.

In 2019, a study picked 40 jokes. They were all bad. The researchers wanted to see if canned laughing could improve their fun factor. First, 20 students were tormented with the flat lines without any prerecorded giggles. Predictably, the jokes were given low scores. On a scale of 1 to 7, none rated higher than 3.75.

Eventually, 72 adults rated the jokes without laughter, then with obviously faked laughter, and finally, with spontaneous laughs. Ratings were boosted about 10 percent with forced humor. But the best spike—between 15 and 20 percent—happened when volunteers listened to laughs that communicated real enjoyment.[2]

The kinder ratings could have been triggered by people’s reactions to what laughter is—a primitive signal critical to human bonding. Inherently, it was more about joining the group than enjoying a bad joke. 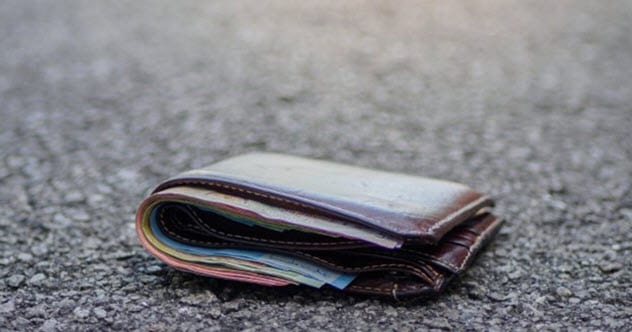 In 2015, a group of behavioral scientists decided to test people’s honesty. More specifically, the better side of civic workers. The scientists went all out. They traveled the world and visited 40 countries, dragging along over 17,000 wallets, a lot of cash, credit cards, and around 400 keys.

Research assistants pretended to be tourists who picked up a wallet. They handed it to staff from 355 cities’ banks, museums, police stations, and other institutions—and requested that the staff member must find the owner.

The study attempted to answer two questions. Do certain countries return more wallets, and does the amount of cash inside influence the decision?

When the outcome was published in 2019, it surprised 300 expert economists who predicted that people would swipe the wallets with more money. However, those entrusted to return the wallets were more likely to do so when they contained larger amounts of currency. The country made no difference when it came to this unexpectedly wholesome behavior.[3] 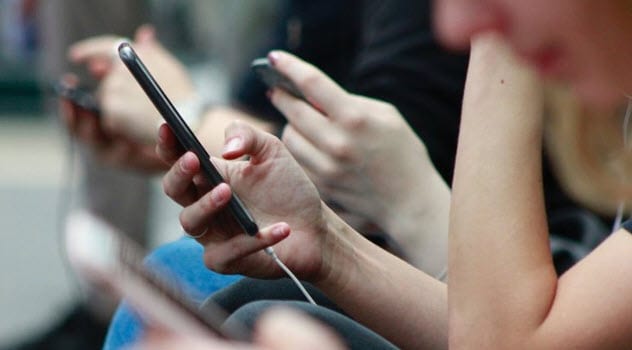 A trusted way to determine someone’s personality is to measure that individual against the Big Five test. Originally from the 1980s, the test relies on five main traits. They include openness (curious vs. cautious), extraversion (outgoing vs. reserved), agreeableness (compassionate vs. detached), conscientiousness (organized vs. easygoing), and neuroticism (confidence vs. nervousness).

Starting in March 2010, scientists followed 52 volunteers for over a year. The group tried a different spin on the Big Five—seeing whether their personalities could be determined by the way they handled their phones.

Each phone was equipped with an accelerometer to track physical movements as well as software that logged the calls and messages. Interestingly, the method matched certain traits captured on a Big Five survey that the participants had completed.

The data was good at predicting extraversion, conscientiousness, and neuroticism. These traits produce more physical activity, which could explain why the phones failed to analyze openness and agreeableness.[4] 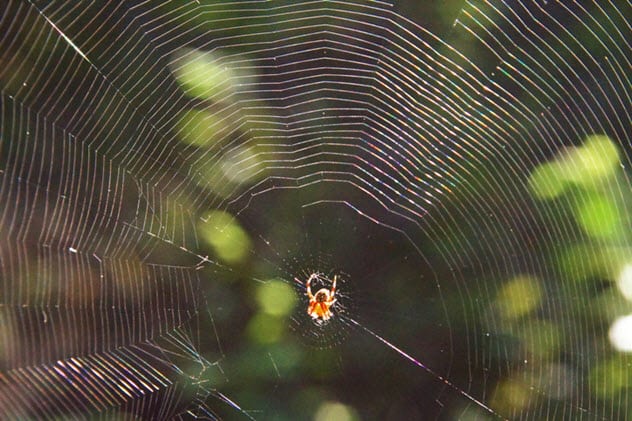 In 1948, spiders annoyed H.M. Peters. The zoologist studied spiderwebs at Germany’s University of Tubingen. The orb-web spiders in his study were early birds. To watch them spin, Peters had to wake up between 2:00 AM and 5:00 AM.

He asked pharmacologist Peter Witt to dose the arachnids with something that would make them spin at later times. To delay their webbing hours, Witt fed sugar water to the spiders. The sweet drink was laced with caffeine, amphetamine, mescaline, strychnine, or LSD.

The drugged spiders happily changed the patterns and sizes of their webs, but they stuck to the ungodly hours of the morning to do so. Peters gave up, but Witt continued his study on spiked spiders.

The severity of the web’s deformity hinged on how toxic the chemical was. This reaction might change how laboratories test poison. Using spiders instead of complex mammals like mice is a cheaper and more humane alternative. 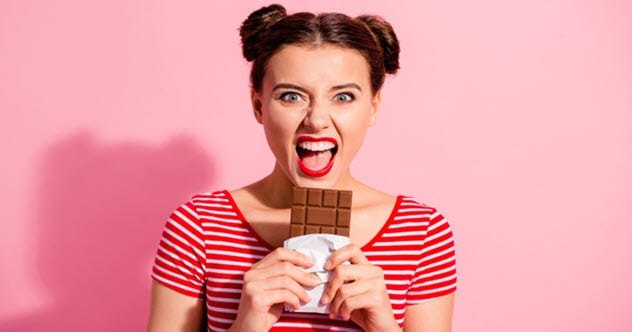 Chocolate addicts reacted with horror when news outlets claimed that their favorite snack could be extinct by 2050. The reason was that cacao trees, the source of chocolate, continue to face an uphill battle against the usual evils.

Several studies tracked fungal diseases as they destroyed Central America’s cacao trees and suggested that these diseases might spread to the world’s other cacao patches. As a harbinger of epic weather events, climate change can also throttle the plantations.

Worryingly, half of the planet’s chocolate is produced by two African countries. If Ghana and the Ivory Coast experience a climate shift, it could leave the entire industry vulnerable.

Cacao trees are sensitive to temperature changes and love to roost in a rain forest environment. As predicted for 2050, an increase in temperature and dryness could spell trouble for chocolate lovers. Scientists are exploring the avenue of genetically strengthened cacao trees, but then chocolate would no longer be as natural as some might like.[6] 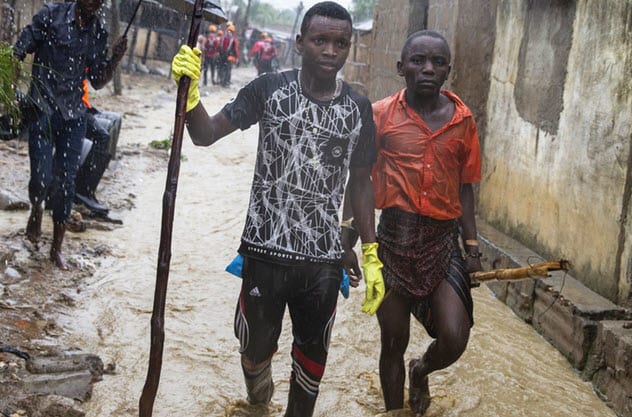 A scary study in 2019 suggested that climate change could divide humanity. This future hypothetical scenario is called “climate apartheid.” The United Nations Human Rights Council (HRC) released a report detailing how the dark side of human nature would rise once nature goes to hell.

The consensus is that climate change would eventually affect every living thing on Earth. A frightening thought considering that the cards predict famine, widespread death, and natural disasters. As conditions worsen, people will be divided between those who can afford to protect themselves and those who cannot.

The HRC report was the concentrated opinion of over 100 studies focused on how climate change threatens the basic necessities for human life. These included housing, food, water, and health.[7]

The conclusion warned that millions are doomed to die without a radical shift in environmental policies and immediate plans to safeguard the vulnerable. Ironically, these citizens live in the poorest countries which are least responsible for the pollution driving climate change. 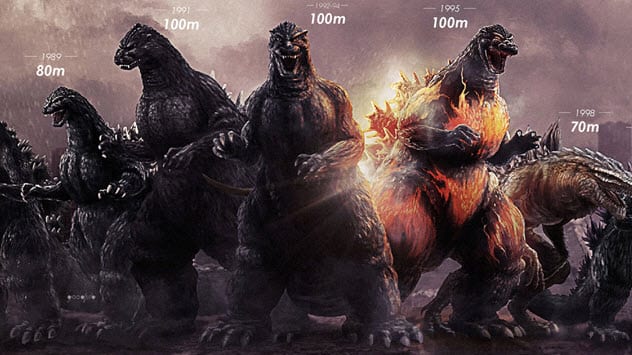 In 2019, scientists pondered Godzilla’s growth rate. The monster has grown considerably from the first movie in the 1950s when it stood 50 meters (164 ft) tall. In the latest 2019 release, it towered 120 meters (393 ft) high. This spurt is 30 times quicker than anything alive on Earth. Had the creature been real, it would have smashed growth and evolutionary records.

The study looked at several possibilities to explain why the creature seemed to grow bigger with every movie. It concluded that Godzilla was a metaphor for people’s existential anxiety. Politics, environmental issues, and personal problems keep stress alive and well.[8]

Apparently, Godzilla represented major problems that humanity must unite against—like climate change and terrorists. However, Godzilla could just be competing against itself. With moviegoers demanding bigger and better, the classic creature must evolve to please. 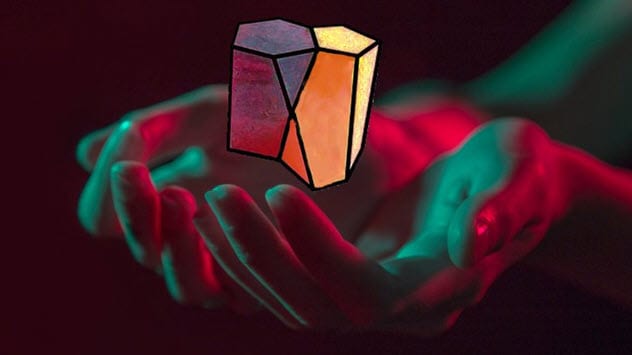 Epithelial cells form our skin, line organs, and help embryos develop their myriad structures. As important as these cells are, scientists could never pin down their shape. For lack of a better understanding, they were assumed to resemble tubelike prisms, or a frustum—a kind of bottle-shaped pyramid.

In 2018, scientists decided to conduct a study to see which one it was. They turned to computers to unravel the shape of epithelial cells. The result was weird. Not only was it neither suspect, but the shape was unknown to mathematics and science.

Bizarrely, it resembled a Y-shaped prism. The top of one branch had five surfaces, and the other had six. The new geometric shape was named the scutoid. The data suggested that the peculiar form helped epithelial cells to bend with curving tissue.[9]

The discovery has wider applications than merely adding a new shape to science. Understanding how scutoids construct tissues could refine the production of artificial organs for transplant patients. 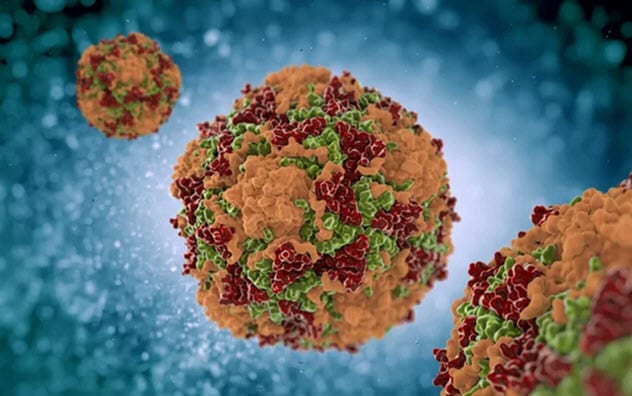 The idea to attack cancer cells with a virus is almost a century old. However, it was not until 2019 that the hunch proved to be correct. A study gathered 15 patients with early-stage bladder cancer. Using a catheter, each person was infected with coxsackievirus A21. This is one of the viruses that slaps people with the common cold.

They kept the catheters in for an hour before repeating the procedure. This was to pump higher concentrations of the virus into the bladder than a natural infection would normally give a person. Then the patients were carted off to surgery to remove their tumors.[10]

Throwing a common cold at cancer sounds flimsy, but the results were stunning. In many patients, the coxsackievirus severely damaged the tumors and drew a legion of immune cells to attack them. Best of all, one patient’s tumor was completely destroyed.

Overall, beating cancer could be as simple as using a virus that occurs in nature to refine effective treatment. Interestingly, none of the study’s superinfected patients developed a cold.