There is no denying that flashy or highly unusual artifacts are fascinating. As the world of archaeology turns more glitzy, these items hit the headlines more than their dull, unglamorous counterparts.

But history holds no such prejudice. Sometimes, it’s the more mundane artifacts that tell us the most about our ancestors and how they lived. A lump of tar, an erased page, or a dead bee can change what we know in an instant. No glitter required. 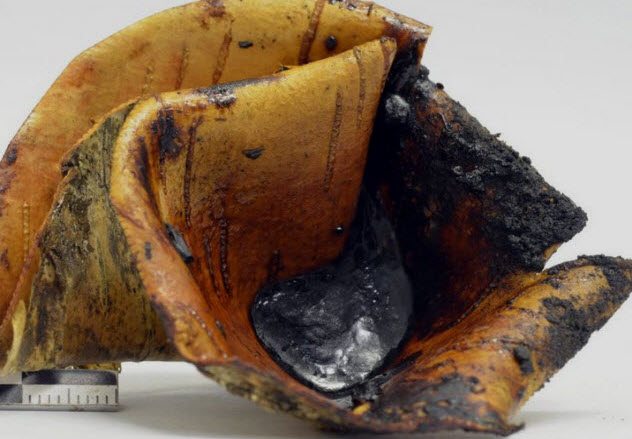 For decades, caves in Germany yielded what appeared to be lowly tar lumps. Although they were indeed tar lumps, they were far from lowly. Researchers have always known that the ancients used tar as an adhesive and sealant. But these 200,000-year-old globs were found in caves and on tools where Neanderthals lived.

Recent times have painted a new picture of this extinct human cousin. Instead of spending the day brainlessly clubbing anything that moved, Neanderthals are now credited with a complex culture. The tar proves that they also invented the world’s first glue, a feat previously attributed to anatomically modern humans.

Not only did Neanderthals beat humans to this high-tech skill, but they created up to three sophisticated ways to process tar from birch bark.[1] Each produced different amounts, which was smart. A Neanderthal hunter, quickly needing to fix a weapon, could choose the fastest technique that made the least.

Homo sapiens, on the other hand, began using adhesives only 70,000 years ago. While these early Africans probably invented glue independently, it is quite plausible that they could have learned the birch bark techniques from Neanderthals. 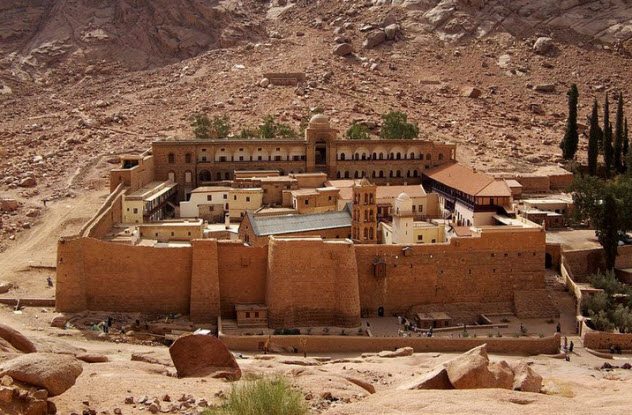 During the seventh century, Saint Catherine’s did so out of necessity. The spread of Islam throughout the Sinai Desert isolated the monks. When paper became scarce, they reused the older books. Starting in 2011, some 6,800 pages from palimpsests were photographed in special light to reveal the invisible words.

The manuscripts delivered. The recovered literature was dated between the 4th to the 12th centuries. Astonishing finds from known languages included 108 pages of new Greek poems and the oldest recipe credited to Hippocrates, the Greek physician. 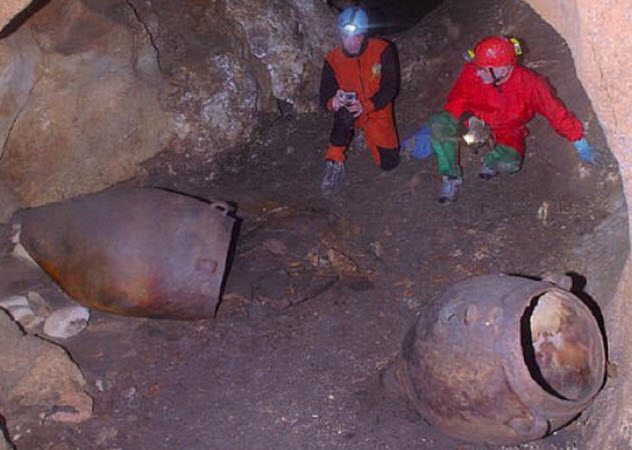 Remnants of mankind’s love affair with alcohol litter archaeological sites. Jars and equipment containing traces of ancient wine are not uncommon. In this case, US researchers were spelunking in Italy when they found brewers’ pots in a cave.

The dull containers were quite large, but nothing about them hinted that they were about to tweak Italy’s wine history. Tests identified tartaric acid and its sodium salt on the inside, something that grapes carry naturally and release during winemaking.

The ground-shifting element is the age of the pots’ location.[3] Monte Kronio, off the coast of Sicily, is a site from the Copper Age (early fourth millennium BC). Conventional belief dated the beginning of winemaking on the Italian peninsula to the Middle Bronze Age. Considering that this was around 1300–1100 BC, the leap is quite a dramatic one. 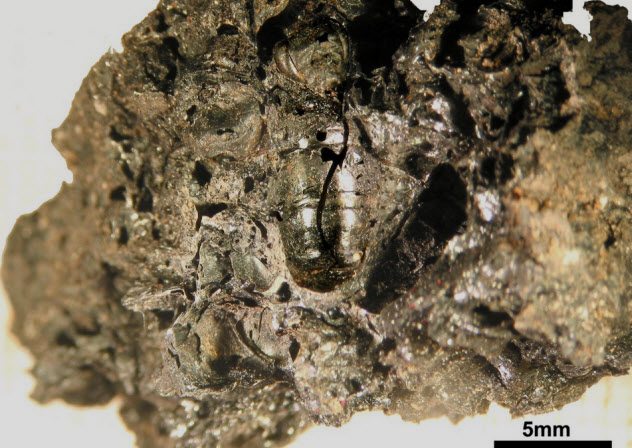 A dead bee does not sound like much, but honeybees found in an ancient Etruscan workshop had a surprising story to share. Around 2,500 years ago, the building burned down in Milan, Italy. After archaeologists opened the workshop in 2017, they found flame-warped honeycombs, carbonized bees, and honey-related products.

Tests extracted a surprise. The honey produced was a unique variety derived from semi-wild grapevines. The insects also fed on water lilies and other aquatic plants. Some of the pollen belonged to plants not even native to the area. The far-off nectar and watery nature of the plants meant that the bees had reached their feeding grounds by boat.[4]

This revealed the remarkable beekeeping skills of the Etruscans and also provided the first physical evidence for an ancient report. Four centuries after the shop collapsed, Pliny the Elder, the Roman scholar, wrote about the honey farmers of Ostiglia 32 kilometers (20 mi) away.

Pliny described how villagers ferried hives far upstream during the night. When dawn broke, the honeybees left the boats and returned later in the day. Once the hives arrived back in Ostiglia, the villagers gathered the honey. 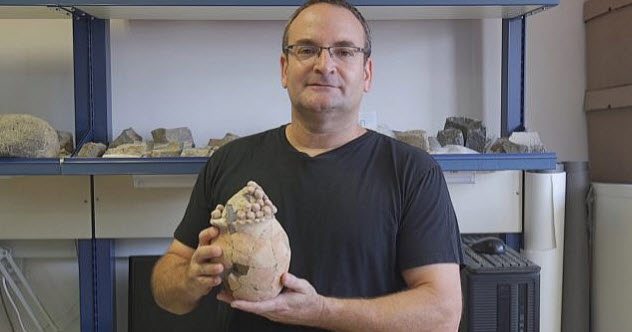 The shift when society became unequal may have been found in a small clay object. Tel Tsaf in Israel’s Jordan Valley was a prehistoric village that existed around 5200–4700 BC. In 2015, a clay vessel surfaced. The unique artifact appeared to be a miniature replica of large silos nearby, of which only the bases remained.

During this period, scholars once believed that everybody had roughly the same amount of livestock and that food stored in the home met each family’s yearly needs. In other words, society was equal. But the huge number of silos here meant that grain was being gathered in a different way for different reasons.

The model silo, which was found with other ritual artifacts, could indicate that food storage in Tel Tsaf occurred with political and religious elements. The silos were a means to accumulate wealth and not in equal measures for everyone.

Surplus grain would have ensured that somebody had more power, currency, and influence. The 7,200-year-old tiny silo forces experts to reconsider how prehistoric society organized itself.[5] 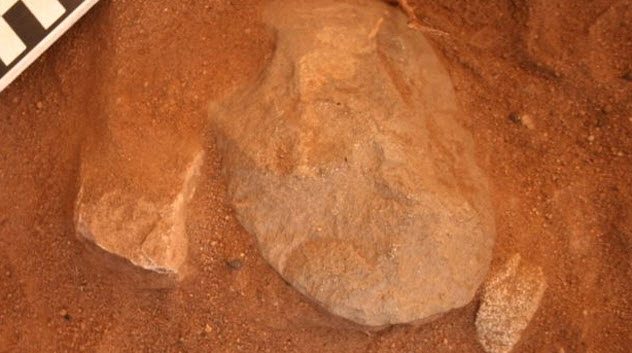 Art crayons and stone axes make for an odd couple. But under normal circumstances, they are nothing to write home about. When the artifacts were found at the Madjedbebe shelter in Australia’s Northern Territory, they were anything but normal. These are the world’s oldest ochre crayons and stone axes.

The age of the collection is what is changing Australia’s human history. Its first nation, the Australian Aborigines, remains the most ancient civilization in existence today. They were also the creators of the newly discovered tools.

Previously, the general time frame for when they first came ashore was around 47,000–60,000 years ago. The Madjedbebe toolkit proves that the Aboriginal people arrived up to 18,000 years earlier, had a higher level of toolmaking than previously thought, and lived with some of Australia’s extinct megafauna.[6]

The repercussions go beyond the continent. Another big debate concerns the departure of humans from Africa. The time proposed for this event falls somewhere between 60,000–100,000 years ago. The newly dated tools shorten the lower end of that bracket to 65,000 years. 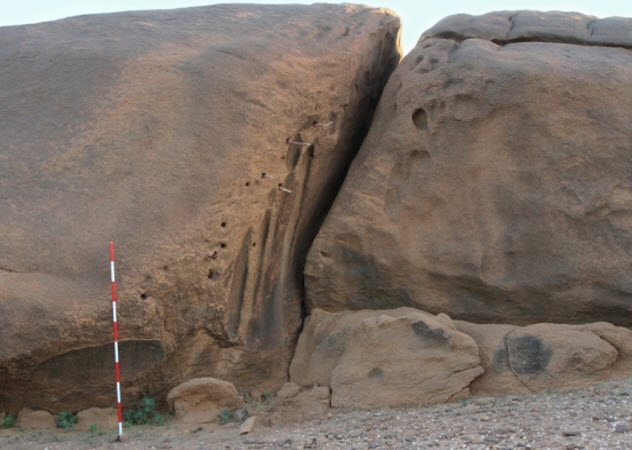 Usually, archaeologists don’t waste time on holes in rocks. But when the holes are clearly ancient and man-made, things get interesting. Artificial holes came to light when archaeologists investigated the west bank of the Nile River.

Located in central Sudan, the mysterious dents were drilled as far back as 5000 BC. Whoever produced the cavities used an unknown method without metal and placed them at a height of 1.3–3.2 meters (4.3–10.5 ft) in granite walls.[7]

The sheer effort of the task would have been immense and called for a long-term commitment. The cylindrical shapes were smooth on the inside, measured 4–5 centimeters (1.6–2.0 in) in diameter, and tapered down to a point.

During a hypothetical attempt to reconstruct the unknown architecture based on the holes and data from the surrounding area, the results suggested a shelter-type structure made with wooden poles. The design brought stability to the homes by anchoring one end of the support beams within the holes.

The unusual features and effort that went into their creation revealed the ingenuity of a group who was most likely settling permanently next to the Nile. 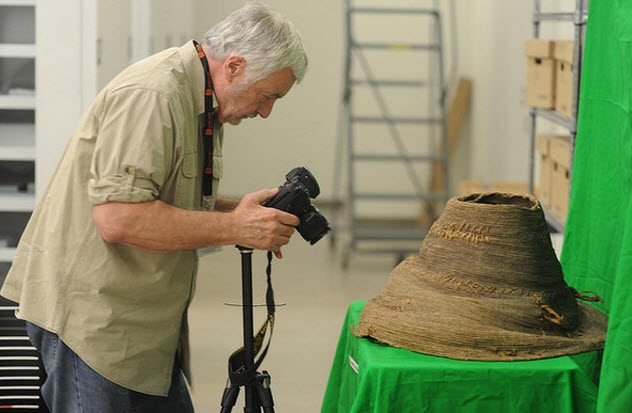 For decades, the roots of Peru’s complex ancient civilizations remained hidden. Experts cannot agree if they emerged with farmers from the highlands or the coastal communities.

A recent study suggests that Peru’s amazing cultures were born near the sea. A six-year excavation at the ruins of Huaca Prieta in coastal Peru partially focused on what most consider a boring subject—baskets.

They were woven by hand nearly 15,000 years ago and are among the oldest found in the New World. As such, they offer a valuable look into the cultural aspects of these early inhabitants of Peru. One might expect practical, plain baskets, but what archaeologists found were groundbreaking.

Instead of simple crafts, they encountered fashion statements made with unexpected effort and skill.[8] Weavers used a huge range of materials, including dyed cotton that needed complicated preparation beforehand. The baskets’ bling was symptomatic of a highly developed society in Huaca Prieta not considered before.

Other discoveries at the site support the notion that culture boomed along the coast at a rapid pace, including specialized tools for deep-sea fishing, textiles, flourishing crops, and religion. 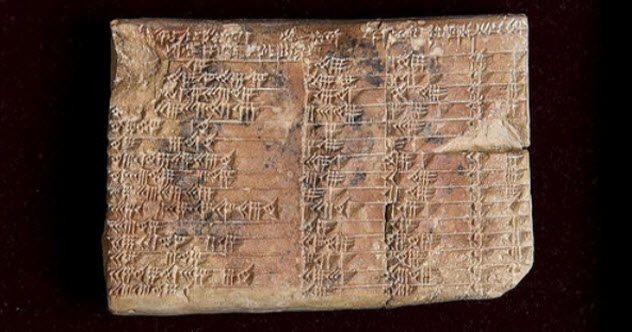 In the early 1900s, an unassuming clay tablet was unearthed in what is now Iraq. The surface of the tablet was divided into four columns filled with cuneiform script. The 3,700-year-old Babylonian artifact carried a number pattern called Pythagorean triples.

For almost a century, mathematicians could not understand why Plimpton 322 was created. What was the reason behind this record where the complex numbers had to be calculated in a time-consuming manner?

In 2017, scientists found the tablet’s purpose. It turned out to be the world’s most accurate trigonometric table. Remarkably, it also predated the Greeks’ invention of trigonometry by over a millennium.[9]

Apart from stealing the first trigonometry prize, Plimpton 322 displays a new, ingenious approach to this mathematical field by using ratios rather than circles and angles to describe right-angle triangles. It is simpler but more effective than today’s system.

The discovery also disproved the previous belief that the tablet was simply a teacher’s sheet to check students’ math results. Instead, Plimpton 322 was powerful enough to assist with building major architectural feats such as palaces and pyramids. The English settlers of Jamestown, Virginia, were decidedly anti-Catholic. One reason for moving to the New World was to claim it for the Protestants. They even executed one of their leaders upon discovering that he was a Catholic spy. Clearly, it was dangerous to be a Catholic in Jamestown.

For this reason, archaeologists investigating the settlement found the many rosaries that they encountered to be somewhat confusing. The Church of England was a new concept, and some proposed that the rosaries were transitional relics between the old and the new belief systems.

In 2015, another discovery suggested the opposite—a previously unknown Catholic cell in Jamestown. Underneath the town’s Protestant church was the grave of Gabriel Archer. When he died sometime between 1608 and 1610, somebody placed a silver box on his coffin.

Sealed with rust, the hexagonal artifact risked damage if conventionally opened. Instead, CT scans revealed a collection inside that was common in Catholic burials. Called a reliquary, it contained bone fragments and a vial.

While nothing is definite, it is possible that Jamestown had hidden Catholics.[10] The king of Spain desired the New World for the papacy and had spies everywhere in London. Jamestown had fortifications against a Spanish sea invasion, but perhaps the king intended to take over the colony from within.

Read about more intriguing, mysterious artifacts on 10 Fascinating Ivory Artifacts Shrouded In Mystery and 10 Authentic Historical Artifacts No One Can Explain.