Food is something most of us enjoy—sometimes, a little too much. So it may be hard to believe that some people are afraid of food. But it can become a crippling daily reality for these folks.

Although phobias can be difficult to deal with in general, food phobias are often worse because they create social stress and have the potential to wreak havoc on one’s well-being. Some food phobias can be avoided. But as we’ll see, others are far more serious.

10 Deipnophobia
The Fear Of Dining Or Dinner Conversations 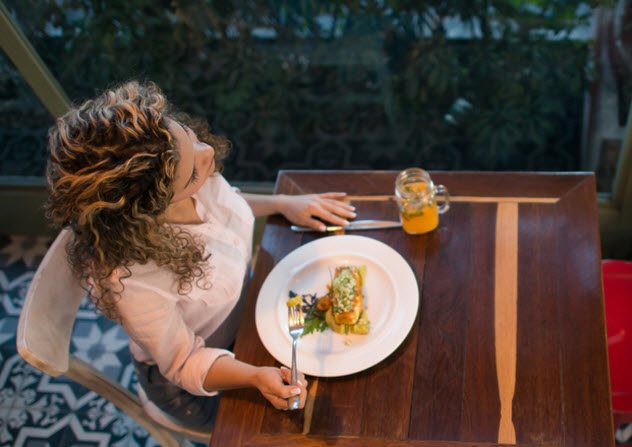 The idea of family holiday get-togethers is enough to make many of us cringe, but for some, the idea is downright terrifying. People who suffer from deipnophobia prefer to eat in silence and usually alone.[1]

This means that it is a hard pass on family holiday meals and dinner dates with friends. This is often the result of a singular traumatic event such as a failed dinner date or a business interaction over a luncheon that went awry.

Since deipnophobia is a social phobia, it also means that it is the result of genetics. Troubled childhoods and failed social experiences are all contributing factors. Selective serotonin reuptake inhibitors (SSRIs) and cognitive therapy offer hope for those with deipnophobia.

9 Oenophobia
The Fear Of Wine 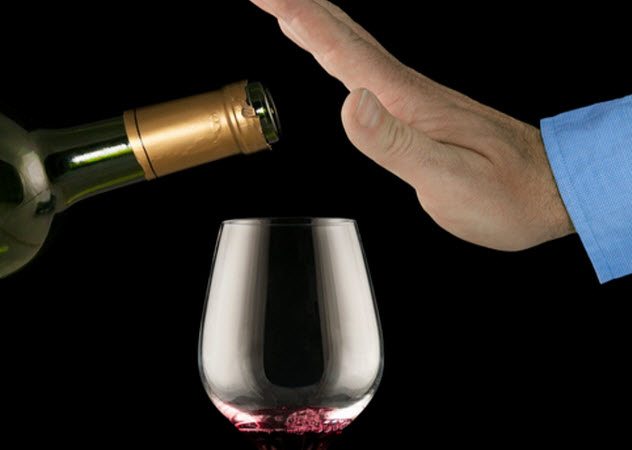 A day of touring wineries and participating in wine tastings may sound like the optimal day for some, but those with oenophobia would disagree. A fear of wine is pretty frustrating because wine is just about everywhere.[2] This condition makes eating out difficult, and trips to the grocery store become awful as most places have an entire aisle dedicated to wine and spirits.

In some cases, this fear can pertain to the inability to choose the right wine for a gathering. Those suffering from this disease are afraid that if they choose the wrong wine, then those at the party will blame the host.

It may not sound serious, but those suffering from this disease can have the same symptoms as people with anxiety: shortness of breath, tremors, and a severe inability to cope with the situation. Those severely stricken with this phobia may vomit if they accidentally imbibe wine.

Behavioral therapy is the usual choice to cure those afflicted with oenophobia, but cognitive psychotherapy may be used as well.

8 Lachanophobia
The Fear Of Vegetables 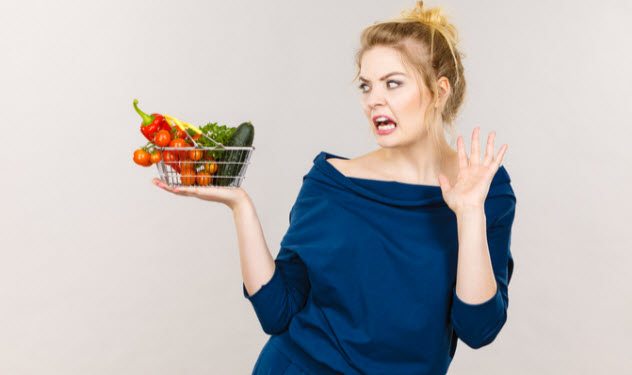 This is the phobia most children would happily claim if they could pronounce it. Most people don’t really have lachanophobia but rather a strong dislike or aversion to vegetables. Those with an actual fear of vegetables find that grocery shopping and eating out present a real challenge. Just the sight of produce can induce shortness of breath and nausea.[3]

For those who suffer from lachanophobia, eating a balanced diet can difficult as starchy foods and sugars often act as replacements for side dishes. While most of us can agree that cake and pasta are far more fun than broccoli and leafy greens, the vitamin deficiencies and other potential dietary issues that can stem from lachanophobia make it a far more threatening condition than it may appear.

7 Mageirocophobia
The Fear Of Cooking 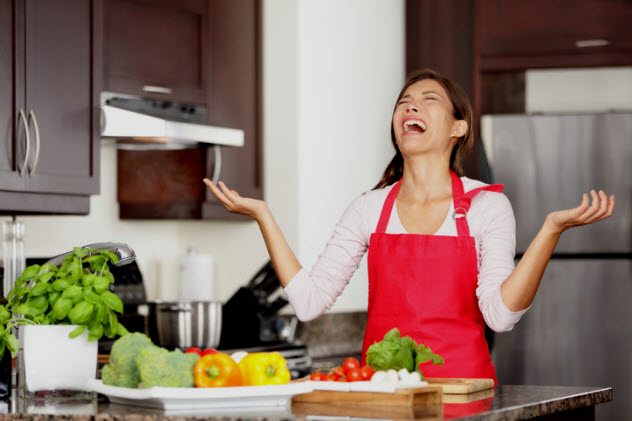 No one likes scraping their latest culinary experiment off their cookware, but for those who suffer from mageirocophobia, this is the nightmare scenario that keeps them out of the kitchen. Ranging from avoidance of the kitchen to a collection of takeout menus stuffed in a drawer to panic attacks and anxiety at the very thought of cooking, this can be a very expensive problem.[4]

Mageirocophobia is a social phobia that can take many forms. Some are terrified of the idea of giving people food poisoning or conjuring up an inedible entree. Others are concerned about plating issues. The idea of serving up ugly food overwhelms them entirely and makes it impossible to cook. Still others fear the idea of getting cuts or burns while cooking.

Whatever the underlying fear is, it can completely destroy a person’s ability to function in the kitchen. Eating out or ordering in is a lifestyle for those with severe cases. Those with milder cases can eat sandwiches and microwave entrees to fill in the gaps. 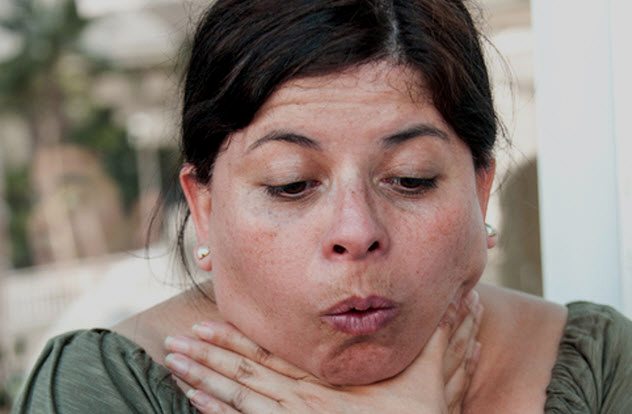 This is an incredibly specific fear and perhaps the easiest phobia on this list to deal with: Simply don’t eat peanut butter. The terror comes from the idea of possible suffocation from eating the sticky sandwich spread. But sufferers don’t have problems with seeing peanut butter or being around it, which is definitely a perk if you live in America where peanut butter is a pantry staple.

This phobia has many degrees of severity, which depend upon the individual.[5] Symptoms can range from agitation to panic and anxiety. It also may manifest into terrifying physical symptoms that range from a nervous sweat and irregular breathing to shaking, irregular heartbeat, and choking.

Even though people with arachibutyrophobia know that their fear is baseless and irrational, it doesn’t seem to help. The fear creeps in regardless.

Though horrible, this fear is easy enough to avoid. For sufferers with milder versions and a love for peanut butter, switching to crunchy peanut butter with its less sticky texture can make all the difference. Others learn to drink specific liquids while they eat peanut butter to help break down the stickiness. The more severe cases avoid peanut butter at all costs and may even avoid peanuts.

5 Xocolatophobia
The Fear Of Chocolate 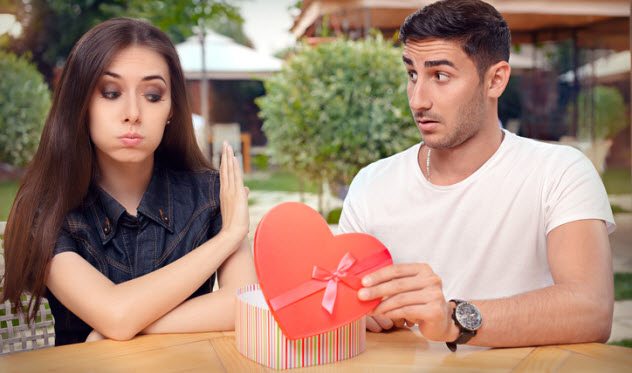 This is almost beyond comprehension. Afraid of chocolate? Imagine the foods associated with so many holidays in the US: Valentine’s Day chocolates, Easter bunnies, and Halloween candy, to name a few. This would truly be a rough phobia. You would not only miss out on chocolate and all its awesomeness, but you would live in a world where it is practically unavoidable.

This can easily create tension in social situations,[6] frustration when shopping with chocolaty candy bars residing at every checkout, and even highly stressful situations at work as there is always that one coworker who keeps candies on her desk.

Extreme cases may find chocolate vulgar. In fact, if they touch anything chocolaty, then they must immediately run to the nearest sink to wash it off.

4 Orthorexia
The Fear Of Eating Food That Is Not Pure 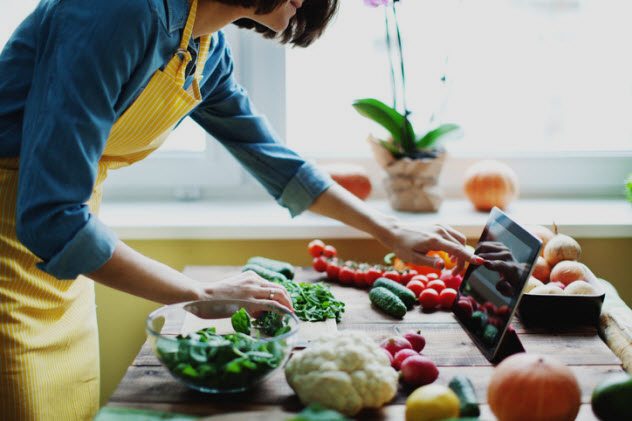 Okay, so orthorexia is not officially an eating disorder. Yet the number of patients exhibiting an obsession with eating healthy is growing. A physician describing his own relationship with food first coined the term “orthorexia” in 1997.[7]

Too much healthy eating doesn’t sound like a bad thing, but these people take it to the extreme. While too much fat, sugar, and salt isn’t good for you, eliminating these things completely is bad, too.

An obsessive behavior that is still not recognized in the Diagnostic and Statistical Manual of Mental Disorders, orthorexia nervosa has many of the same symptoms as anorexia nervosa. While those with anorexia worry about the quantity of food they consume, those with orthorexia obsess over the quality.

Orthorexics are so concerned with the purity of their food that they tend to restrict their diets in unsafe ways. For example, they may eliminate entire food groups such as dairy and grains. These boundaries can continue to tighten as other foods are deemed “impure” over time.

Finding pure food becomes an obsession for those dealing with orthorexia. Only organic food will do, and the food must be prepared in the “proper” way. It is not uncommon for orthorexics to spend hours shopping for the right foods to take home and prepare themselves.

In a cruel twist of fate, this extreme crusade to eat healthy is actually super unhealthy. Malnourishment can result as important food groups are eliminated and the body ultimately begins to ignore or not recognize its own hunger signals.

3 Ichthyophobia
The Fear Of All Things Fish 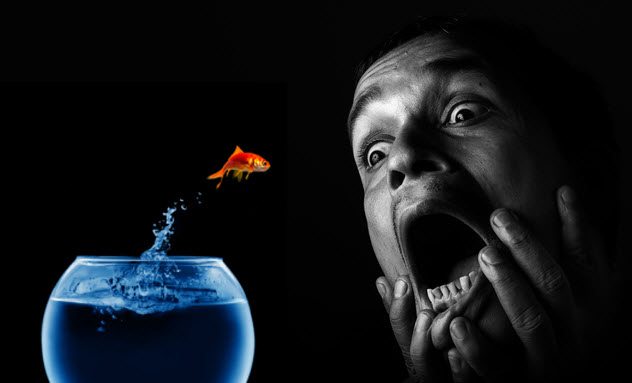 Though the nature of this phobia may sound fishy, don’t tell an ichthyophobe that! Just the mention of fish is off the table for those with this phobia. The sight or smell of fish—and even the idea of swimming where fish may be—is frightening to them. This means no swimming in the ocean and definitely no sushi bars.[8]

Often, the fear stems from the idea that eating the mercury and other contaminants in fish could lead to illness. In other cases, the sight of a fish can act as an omen to warn the ichthyophobe of impending doom.

Those suffering from this strange disease can get dry mouth, anxiety, dizziness, and shaking. For ichthyophobes, avoidance is often the easiest route. This means no fishing trips, no fish movies (sorry, Dory!), and no trips to pet stores and aquariums.

Since no direct cause for this phobia is known, there are several prospective ways to treat it. The most common are hypnotherapy, neurolinguistic programming, and exposure therapy.

2 Phagophobia
The Fear Of Swallowing Food, Pills, Or Liquids 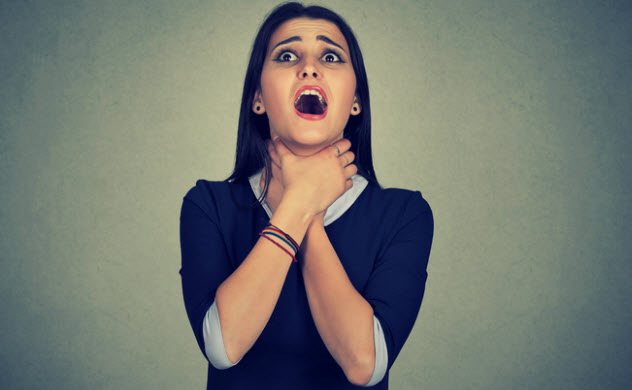 Degrees of phagophobia can be so bad that a person can be terrified to swallow his own saliva. Commonly stemming from the fear of choking, this phobia can be life-threatening. With malnutrition and dehydration as inevitable consequences, people with phagophobia tend to skip meals as often as possible. When they absolutely have to eat, they use work-arounds such as overchewing and avoiding certain textures.[9]

Phagophobia is a notoriously difficult fear to contend with. In many cases, it feels like there is something stuck in the throat. But when people with this phobia go to the doctor, nothing is found. The sensation is persistent, but in all actuality, that is all it is: a sensation. There’s nothing actually there.

It is hard to imagine not being able to sustain yourself due to crippling terror. Then you seek help only to find that most healthcare professionals can’t pinpoint what is wrong. This has to be a truly awful way to live. 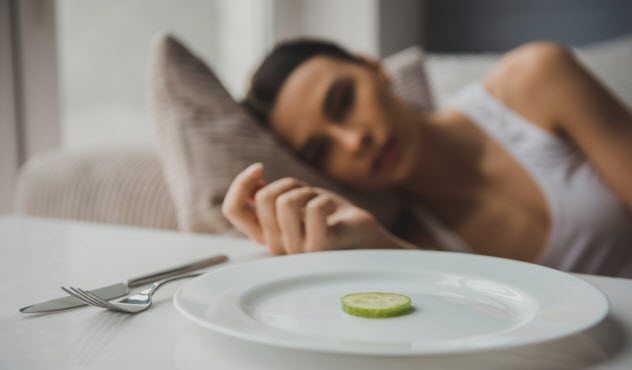 Given that we need food to live, the magnitude of cibophobia cannot be overstated. What can you do when you are terrified of the very thing that you need to stay alive?

Avoiding food for any length of time isn’t an option, so where does that leave you? Oh yeah, hungry. Forever. On the bright side, most sufferers are not so afraid that they forgo any food or drink. Instead, they fear foods prepared by people whom they don’t know, are obsessive about expiration dates on food, and are more afraid of beef and chicken.

This can be a lethal phobia and must be addressed as soon as possible. Though psychotherapy has shown promise in patients with cibophobia, this is by far the worst food phobia of them all.[10]

Melynda Sorrels is a writer, student, reckless blogger, dreamer, and an aficionado of all things funny or caffeinated. You can check out her random musings at https://despitealllogic.com.

Read about the surprising phobias of well-known people on 10 Well Known People and their Phobias and 10 Surprising Phobias Of ‘Fearless’ Historical Leaders.