As a world-famous producer and a cofounder of Miramax Films, Harvey Weinstein’s name has frequently been listed in the credits of some of our favorite movies. He has accepted various accolades and often been thanked by Hollywood’s brightest stars in their award acceptance speeches.

This week, however, Weinstein’s name has been mentioned in all the worst ways. The father of five with a net worth of $300 million has been accused of sexual abuse by some of the biggest names in Hollywood as well as numerous other women. Despite all the media coverage, here are 10 surprising facts you may not know about Harvey Weinstein.

10 He’s Been Honored By The French 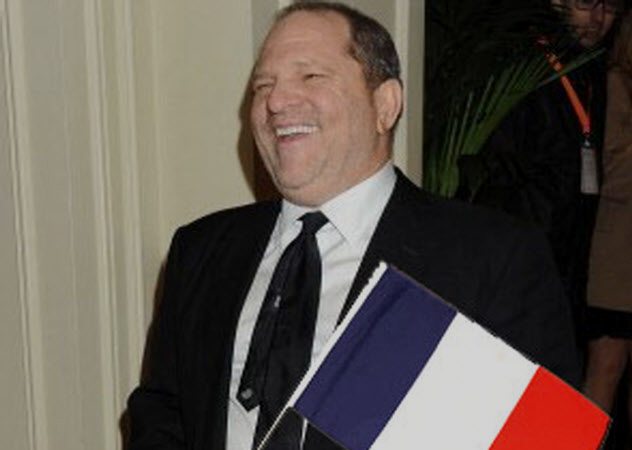 The French National Order of the Legion of Honor was established by Napoleon Bonaparte in 1802. The Legion award is its highest order of merit for military and civil service to the country. Other well-known individuals previously honored by the Legion include Charlie Chaplin, Jules Verne, Martin Scorsese, and Steven Spielberg.[1]

Harvey Weinstein was made a knight (chevalier rank) by the Legion of Honor in March 2012 for his work promoting French and other foreign films in the US.

History has proven that no amount of fame or fortune can save one from the humiliation of having an honorary title rescinded. However, at the time of this writing, the French government has stated that they would not prematurely strip any foreigner of this title until that person was criminally convicted.

Interestingly, Lance Armstrong was stripped of his French honors after losing his Tour de France medals due to performance-enhancing drug use.

9 He’s Also Been Honored By The British 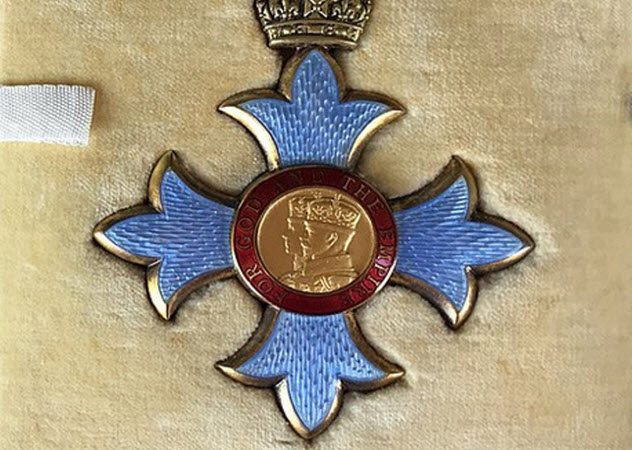 In April 2004, Weinstein was awarded an Honorary Commander of the British Empire (CBE) by Queen Elizabeth II for his contribution to boosting the popularity of the British film industry. He helped popularize movies such as Shakespeare in Love and My Left Foot.

Questions about whether Weinstein will be stripped of his CBE[2] have been rife since the sexual abuse allegations surfaced. In response, the British prime minister confirmed that they are “concerned by the allegations” but the Forfeiture Committee runs independently of the government.

If Weinstein loses this title, he’ll be in a league with Zimbabwean dictator Robert Mugabe, who lost his honorary knighthood in 2008 due to gross human rights violations. 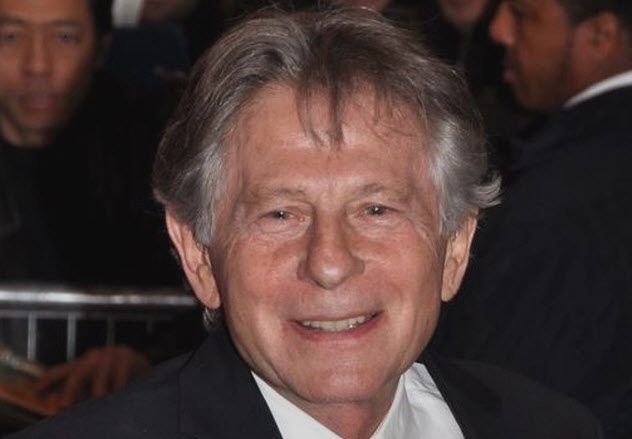 In February 2017, Listverse published “10 Disturbing Stories About Hollywood’s Pedophile Problem.” Roman Polanski was No. 1 on that list. The awarding-winning filmmaker is infamous for having avoided punishment for the sexual assault of 13-year-old Samantha Gailey in 1977.

In September 2009, shortly after Polanski’s arrest in Switzerland, Harvey Weinstein threw his weight behind a petition to prevent Polanski from being extradited to the US to potentially serve 50 years in prison. At the time, The Weinstein Company reached out to Hollywood bigwigs to support Polanski.

Weinstein reportedly called “on every filmmaker . . . to help fix this terrible situation.” The petition garnered the signatures of Martin Scorsese, Woody Allen, David Lynch, and more.[3]

In an open letter via The Independent, Weinstein remembered “the incredible love and affection that people have for [Polanski]” and referred to the allegations as “so-called crimes.” With the support of Thierry Fremaux, the director of the Cannes Film Festival, Weinstein attempted to have Polanski pardoned by then-California governor Arnold Schwarzenegger.

In October 2009, however, Schwarzenegger responded somewhat vaguely that he “would not treat [Polanski’s] situation any differently than anyone else. It shouldn’t be treated differently.” Weinstein ended the letter by stating: “Forget about the Seventies era and whether this is excusable—this is a miscarriage of justice, and the government is making him a scapegoat.” 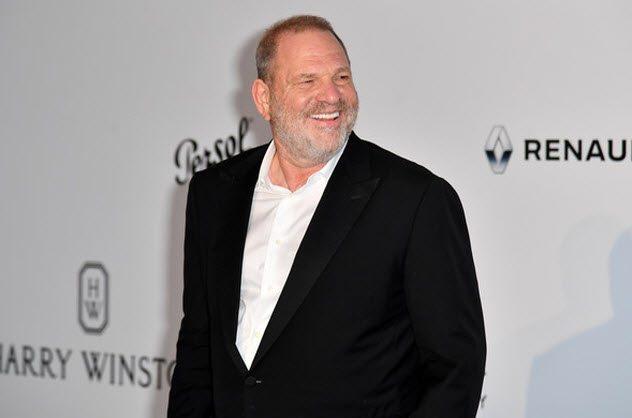 Weinstein has long been a staunch supporter of the Democratic Party. In recent times, he’s supported Barack Obama and Hillary Clinton through charitable donations, television interviews, and events.

You may not know that Weinstein also has an array of charities and causes he passionately supports. They range from the American Foundation for AIDS Research (amfAR) to the Lebron James Family Foundation. In October 2017, Weinstein also pledged $5 million to a scholarship fund for female filmmakers at the University of Southern California.

In 2015, he was chairman of the amfAR gala, which was embroiled in a scandal after multiple donors and their businesses seemed to be benefiting from donations made to the charity.[4] Items donated for auction came with conditions. Specifically, $600,000 raised at the auction had to be donated to the American Repertory Theater, a nonprofit playhouse.

In the meantime, the theater had completed a trial run of Finding Neverland—produced by none other than Harvey Weinstein. After investigations, multiple board members of amfAR resigned and Weinstein promised to pay $1 million to the charity to smooth things over, including the $600,000 which he’d already repaid.

6 He’s Not Cutting For Fun 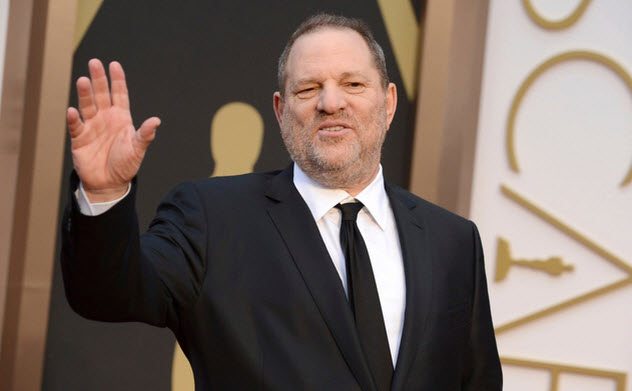 Editing films is par for the course in the industry. No one wants to watch a boring, long-winded film, and it seems that no one is more aware of this than Harvey “Scissorhands” Weinstein.

When animated Japanese film Princess Mononoke was set for release in the US, Weinstein received a samurai sword from the production team of Hayao Miyazaki. A note attached to the sword simply read: “No cuts.”

When the famous Japanese director met Weinstein in person, Miyazaki was aggressively bombarded with calls to cut the film before releasing it to US audiences. Miyazaki films are now released in two formats in the US: subtitled and dubbed. Miyazaki declared, “I defeated him.”

Harvey Weinstein and his brother, Bob, have a reputation for pushing their opinions on actors and directors. Granted, their influence has led to multiple successful features. But the number of film flops for the same reason will never truly be known.

Directors like James Gray, Guillermo del Toro, and M. Night Shyamalan have seen potential Oscar-buzzed films dwindle in the hype, allegedly due to the Weinsteins reshooting, delaying, or editing films to such an extent that their final products bear little resemblance to the original ideas.[5]

5 He Won’t Stop Until You’re Dead 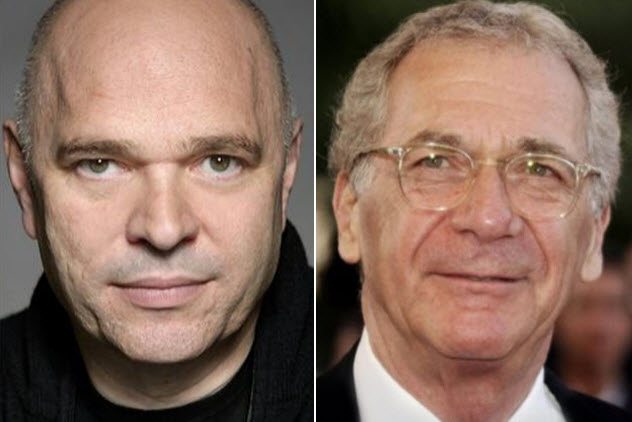 Sydney Pollack was an American actor, producer, and director and is famous for films like Out of Africa and Tootsie. One of the last films he co-produced before his death was the Miramax film The Reader with his Mirage business partner, Anthony Minghella. The release of the film was delayed in part by the untimely deaths of its two producers, Minghella in March 2008 and Pollack in May 2008.

Growing impatient for the release of the film, Miramax’s Harvey Weinstein swooped in on Minghella’s grieving widow in an attempt to insert himself into the editorial team and have the film released in time for the Oscars. On his deathbed, Pollack stopped this, only to have Weinstein pestering him until his grief-stricken family stepped in.

Weinstein allegedly denied the claims of harassment and offered $1 million to charity if anyone could prove his callous indiscretions. Reporter Nikki Finke managed to do just that by producing an authentic email from Scott Rudin, the director of The Reader, confirming the actions of Weinstein.

In October 2008, Weinstein donated the promised money to the Robin Hood Foundation, saying, “There’s been enough back-and-forth on this subject. I have nothing but a tremendous amount of respect for Scott Rudin, and it’s time to move on. This is my final statement on this matter.”[6] 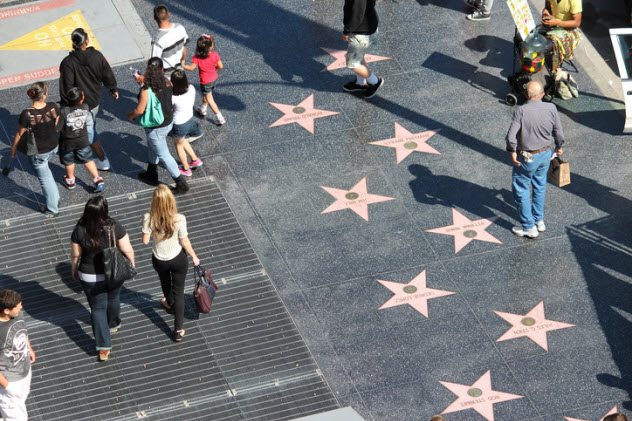 There are more than 2,600 stars on the Hollywood Walk of Fame. In February 2017, a star was awarded to Adam Levine of Maroon 5 fame. Famous producers who have been honored on the Walk include five-time Emmy winner Ken Corday of Days of Our Lives, Brett Ratner of The Revenant and Black Mass, and Chuck Lorre of Two and a Half Men and The Big Bang Theory.

Stars on the Walk are awarded based on a brief application process after being put forward by fans. Due to this simple process, stars are assigned to a multitude of celebrities. For example, Shrek was awarded a star in May 2010.

This begs the question: Why doesn’t Harvey Weinstein have one?

His companies—Miramax and The Weinstein Company—have been hugely successful in the film industry. The movies produced or distributed by Weinstein have been nominated for prestigious awards a total of 341 times, winning 81 times.[7] Perhaps it’s a case of his professional reputation being undermined by his actions behind the scenes.

3 There Have Been Whispers For Years

By now, the 2005 video of Courtney Love’s advice to young starlets about Harvey Weinstein is infamous. Before the foreboding statement, Love mentions concern of potential libel. She was later banned by Creative Artists Agency (CAA) for speaking out against Weinstein and has since refused to comment further on the matter.

For years, others in Hollywood have been taking shots more subtly at Weinstein. For example, there were implications by Gwyneth Paltrow about Weinstein’s “coercion” on Letterman in 1998. When Seth MacFarlane presented the Supporting Actress Oscar in 2013, he ended the announcement of the nominee list by saying, “Congratulations. You five ladies no longer have to pretend to be attracted to Harvey Weinstein.”

On October 12, 2017, MacFarlane tweeted about the occasion: “This came from a place of loathing and anger.” Subsequent warnings can be traced back even further, with some allegations occurring as early as 1980.[8]

Perhaps the reason that concrete allegations have been so rare is because preventative measures have been in place at The Weinstein Company for years. The company has its employees sign contracts which prohibit them from speaking out against the company or “any employee’s personal reputation.”

2 His Brother Has Also Been Accused Perhaps due to the nature of Harvey Weinstein’s current situation, it feels like it was only a matter of time before his brother, Bob Weinstein, was dragged into the mud.

At this stage, there has only been a single accusation by one woman—executive producer Amanda Segel. She claims that Bob repeatedly asked her to dine with him and made sexual overtures. According to Segel, he joked at one stage that “he was her boss and could fire her if she didn’t agree” to see him again.

Bob Weinstein’s lawyer has issued a statement denying all wrongdoing[9] on behalf of his client and has offered emails between the two as proof. Whether other women come forward is still to be determined.

1 The Lannisters Send Their Regards 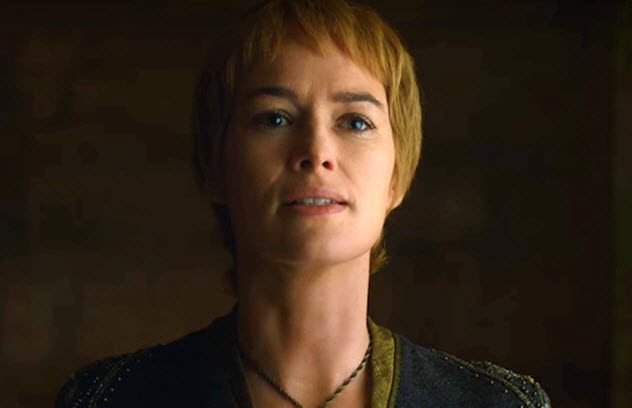 Besides being accused of sexual harassment by a number of famous women like Rose McGowan and Kate Winslet, Harvey Weinstein managed to do the unthinkable. He made Cersei Lannister cry.

Actress Lena Headey—who is known for her fiercely strong characters like Queen Gorgo in 300, Ma-Ma in Dredd, and Queen Cersei in Game of Thrones—discussed her introduction to Harvey Weinstein in a series of tweets on October 17, 2017.

After being propositioned by Weinstein, Headey made it clear that she would never be interested because it would be “like kissing [her] dad!” According to Headey, she rebuffed Weinstein again at a meeting years later when he suggested that they go up to his room to look at a script. Headey made her complete lack of interest clear, which allegedly upset Weinstein.

After a fortuitous mix-up with the hotel room’s key card, he apparently steered her through the hotel toward her car by “grabbing and holding tightly” onto the back of her arm. Weinstein then warned Headey not to tell anybody about what had purportedly transpired. According to Headey, she got into her car and wept.[10]