No pirate left a legacy like Blackbeard’s. In the two short years he spent terrorizing America and the West Indies, he built up a reputation as the fiercest, dirtiest, and most terrifying pirate on the seven seas.

Today, he’s become more of a myth than a man. We almost see him as the ultimate badass, a pirate who could strike fear into the hearts of anyone who stood in his way. And that isn’t exactly wrong. But Blackbeard wasn’t just some cool, tough, but likable antihero. He was incredibly dangerous—and completely out of his mind. 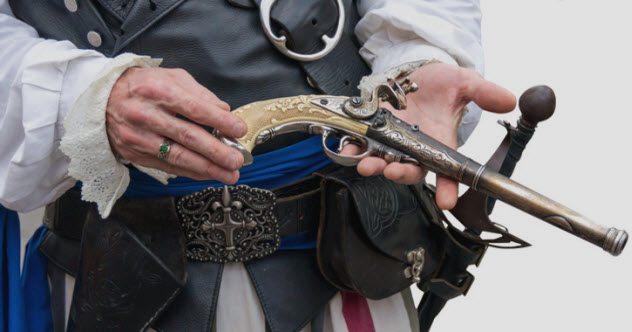 Blackbeard’s ship, Queen Anne’s Revenge, was massive. It had a crew of 300 men, all of them hard-drinking pirates who were ready to go wild at the slightest provocation. It was a struggle to keep them in line—which is probably why Blackbeard picked up the habit of getting drunk and shooting them.

Early on, it’s believed that Blackbeard had a hard time getting his crew to obey him. After raiding ships, they’d get drunk on the wine they stole and get rowdy, and, initially, Blackbeard struggled to get people to listen to him.

That changed, though, when he started acting crazier than they ever could. According to an old story, Blackbeard was once drinking with his first mate, Israel Hands, when suddenly, Blackbeard blew out the candle, pulled out his gun, and shot his first mate in the knee.

Israel Hands hadn’t done anything to provoke Blackbeard. When Hands asked Blackbeard why, he simply relit the candle and said, “If I don’t shoot one or two crewmen now and then, they’d forget who I am.”[1] 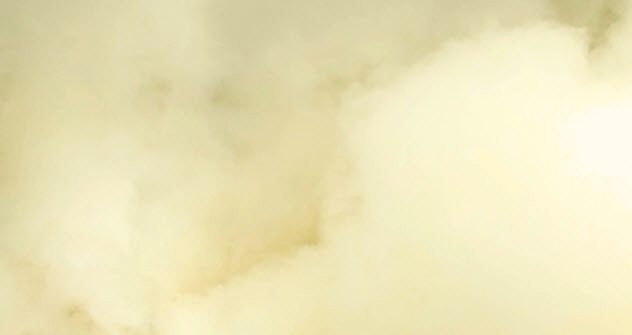 Blackbeard had some pretty weird ideas on how to pass the time. According to another story that spread out from his crew, the pirate once got drunk and challenged his men to see who was the toughest man on the ship—in the craziest way possible.

He led his men who took the challenge down to the hold of the vessel and closed all the hatches. Then, once he was sure every escape was sealed, he lit a pot of sulfur on fire. The burning sulfur filled the air, choking the men. Desperate for their lives, they started pounding on the locked doors, begging to be released.

The other sailors broke open the doors and let them go, but Blackbeard didn’t leave. He waited until he was sure he was the only person left breathing the acid in the air. Then he walked out through the pale yellow fog and yelled, “Damn ye, ye yellow-bellied sapsuckers! I’m a better man than all ye milksops put together!”[2]

Afterward, he told his men, “Next time, we shall play at gallows and see who can swing longest on the string without being throttled.” This time, though, his men knew better. There were no volunteers.

8 He Shared His Wives With His Crew As A Gift 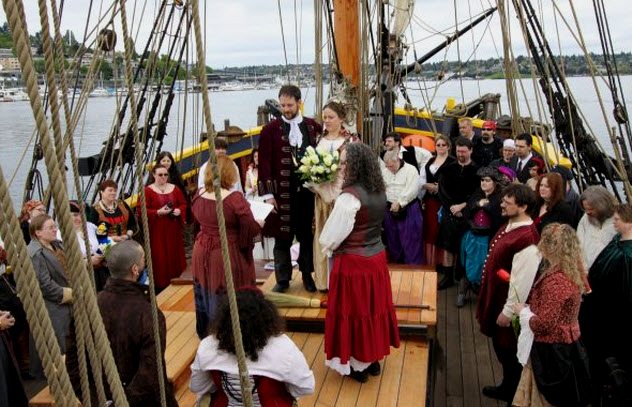 Blackbeard was surprisingly popular with women. Throughout his life, he reportedly got married 14 times—although for the women, that wasn’t necessarily the happiest day of their lives.

The pirate was sentimental went it came to women, and it was said that he treated every woman he married “like his first love.” He would insist they get married—although, being a notorious pirate, he couldn’t exactly go to church for the ceremony. Instead, he would have one of his men conduct a mock wedding on the ship.

Perhaps, at first, it was exciting for the girls, holding hands with a pirate and promising to be his for all time. When the honeymoon began, though, they quickly learned why none of Blackbeard’s weddings lasted. After their first night together, it’s said that he would call in his men.

“It was his custom to invite five or six of his brutal companions to come ashore,” it was said. “He would force her to prostitute herself to them all, one after another, before his face.”[3]

7 He Raided Ships In Search Of Syphilis Treatments 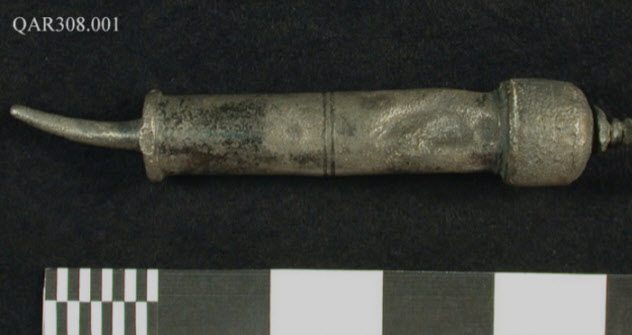 Archaeologists scavenging through the sunken remains of his ship stumbled on something they never expected to find: Blackbeard’s personal syphilis syringe. The legendary pirate, it seems, kept a syringe filled with mercury at his side at all times to treat the raging syphilis that plagued him after years of chasing booty.

It was a strange find, but it actually explained a lot of his actions. Blackbeard had made health care a major part of his plans. When he raided ships, he would capture the surgeons and force them to stay with him. In one case, he raided South Carolina, captured a ship, and threatened to murder everybody aboard. Then he only demanded a chest full of medicine.[4]

At first, historians had assumed that he simply needed a good supply of medicine to treat his men. Now, though, it’s possible that he may have had a more burning need for all that mercury.

6 He Got Drunk And Stole People’s Hats 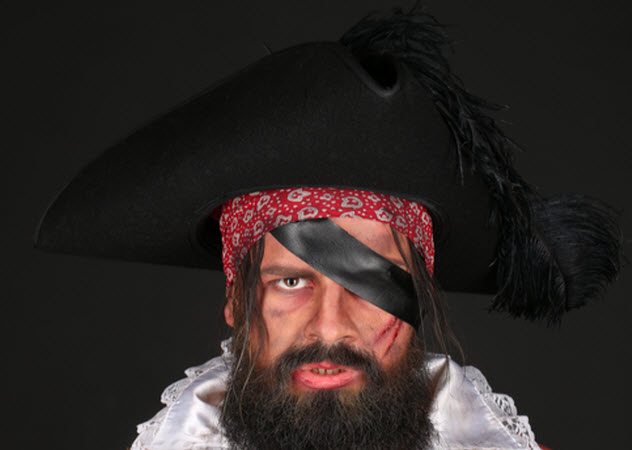 Before he became a captain, Blackbeard worked for a pirate called Captain Benjamin Hornigold. It was then that Blackbeard learned how to sail the black flag, torment the Caribbean, and plague the British. And above all, he learned how to drink.

While Blackbeard was in his crew, Hornigold led his men on a raid against a sloop on the coast of Honduras. They waved their black flags, boarded the ship, and threatened the men’s lives. But they weren’t exactly after treasure.

Blackbeard and Hornigold, the victims later reported, “did us no further injury than the taking most of our hats from us.” The pirates explained to the crew that they had “got drunk the night before” and, after letting the rum flow a little too liberally, thrown their hats overboard.[5]

5 He Didn’t Actually Need The Money 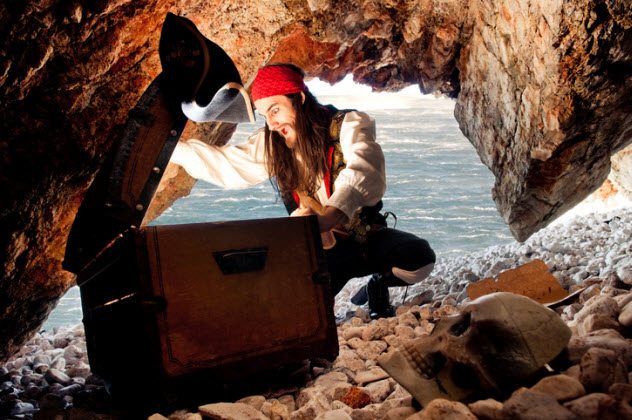 The thing with being the most feared pirate on the seas is that being rich gets kind of pointless. For all the time that Blackbeard spent raiding ships and stealing their wealth, people were so afraid of him that nobody was going to stop him if he just walked into a store and took whatever he wanted.

Blackbeard knew it—and he took advantage of it. Sometimes, he paid for the things he bought, but he only did it when he was feeling charitable. When he wasn’t, he would just grab whatever he wanted from the store and leave, subtly daring the shopkeepers to send him a bill.[6]

It wasn’t that he didn’t want to spend the money—he simply liked showing off his power. Just to torment people, he would stop ships he had just robbed blind and ask them to trade with him. Then he’d sell them back the things that he’d stolen from them—not because he needed the money but just to rub in how powerless they were against him.

4 He Fired Bags Of Glass, Nails, and Lead At Enemy Ships 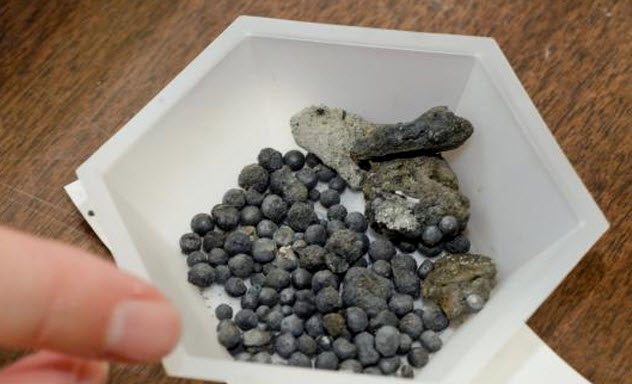 Blackbeard’s ship, Queen Anne’s Revenge, was equipped with 31 cannons, but they weren’t always filled with cannonballs. When he attacked a ship, his goal wasn’t to sink it. He wanted to keep the ship intact to steal it. So he used something even more brutal.

Blackbeard kept canvas bags full of glass, nails, and lead on his ships that he would put in his cannons instead. When he fired them, a spray of shrapnel would spread through the target ship, cutting people up and wreaking havoc before he and his men boarded.[7]

That doesn’t mean he never shot to sink, though. When he was mad enough to use cannonballs, Blackbeard would tie two together with bolts of metal. They would spin around when they fired, smashing through ship walls with extra force and absolutely destroying any vessel that got in his path.

3 He Strangled The Women He Captured 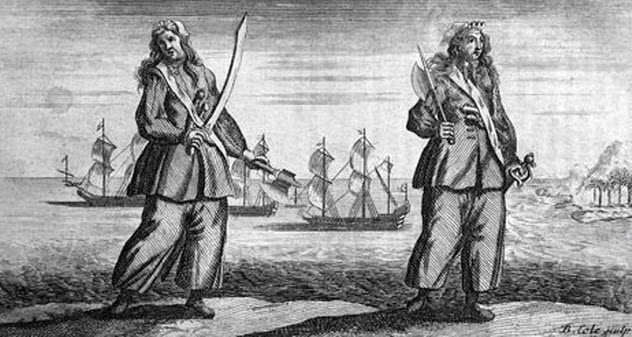 Blackbeard may have loved women enough to marry 14 of them on the shore, but he was a strict believer that women were not meant to be at sea.

A woman who met Blackbeard on the open sea was in for a far worse fate than one who met him in a tavern. Blackbeard’s men were under strict orders: Any woman captured was to be strangled to death and pitched over the side of the ship.

It’s a dark and terrible rule to live by, but he wasn’t the only one who followed it. Stede Bonnet, Blackbeard’s friend and another of the most feared pirates on the sea, followed his lead.

It all worked as a strange form of chivalry, it seems. Though Blackbeard never explained his reasoning, other pirates explained that they didn’t believe it was right to let their men rape and abuse women. So to spare them the pain, they would throw them overboard and leave them for dead.[8] 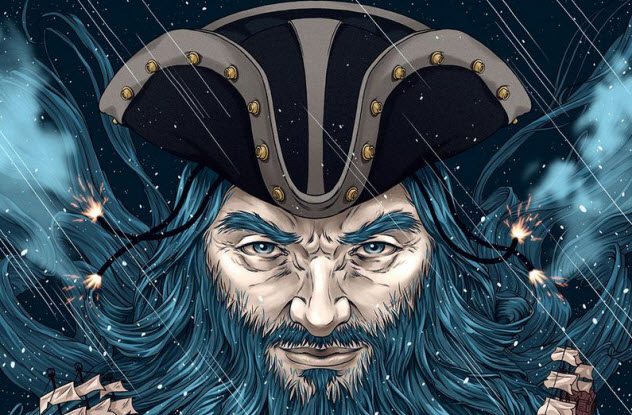 After all the horrible things Blackbeard did, it’s hard to believe that the British navy was willing to rest without bringing him to justice. But at the peak of the golden age of piracy, raiders like Blackbeard became such a big problem that the military just gave up on arresting them.

Anyone who would promise to stop being a pirate, the authorities announced, would get a full governmental pardon—as long as they promised never to do it again.

Blackbeard took the deal—but not before bingeing his way through every terrible deed he could one last time. First, he convinced his friend Stede Bonnet to get a pardon himself. Then, while Bonnet was distracted, Blackbeard robbed his best friend and his men blind and marooned his crew.[9] 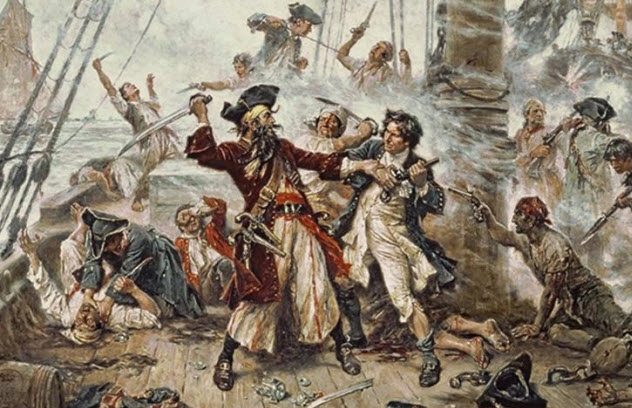 Even after he got his pardon, Blackbeard still didn’t stop pirating. It didn’t take long before he got bored with leading a peaceful life and took to the seas once more, raiding slave ships and wreaking havoc along the coastlines.

Lieutenant Robert Maynard went after Blackbeard with two ships and 60 men. He would be the man who would finally kill Blackbeard, but it wouldn’t be easy.

Maynard made it look like his vessel was nearly deserted to lure Blackbeard into boarding his ship. Then, while the pirate’s guard was down, Maynard’s men swarmed out of the hatches. Blackbeard was furious, and he charged straight for Maynard—who immediately shot him in the chest.[10]

That didn’t stop Blackbeard, though. He kept fighting and soon was clashing his sword against Maynard’s. Blackbeard thrust down so hard that he broke Maynard’s sword and likely would have killed him. But somebody stabbed Blackbeard in the neck from behind.

Even after that, Blackbeard kept fighting. By the end, he’d been shot five times and stabbed more than 20 before he died of blood loss. In his final moments, he was reloading his gun, determined to keep shooting no matter how many times they shot him.

Want to read more pulse-pounding pirate stories? Check out these unsolved mysteries and epic tales on 10 Unsolved Pirate Mysteries That Will Shiver Your Timbers and 10 Epic Tales From The Golden Age Of Pirates.